Severe storms are expected along the frontal boundary, entering SW Balkans from the Ionian and Adriatic sea tonight. Damaging winds, torrential rainfall with flash floods and even a tornado or two are possible!

A cold front associated with an upper short-wave trough ejected off S Italy and is now moving into the Adriatic and Ionian sea. A quite active convective activity is visible on satellite and lightning maps, as large linear storm clusters have formed along the front. 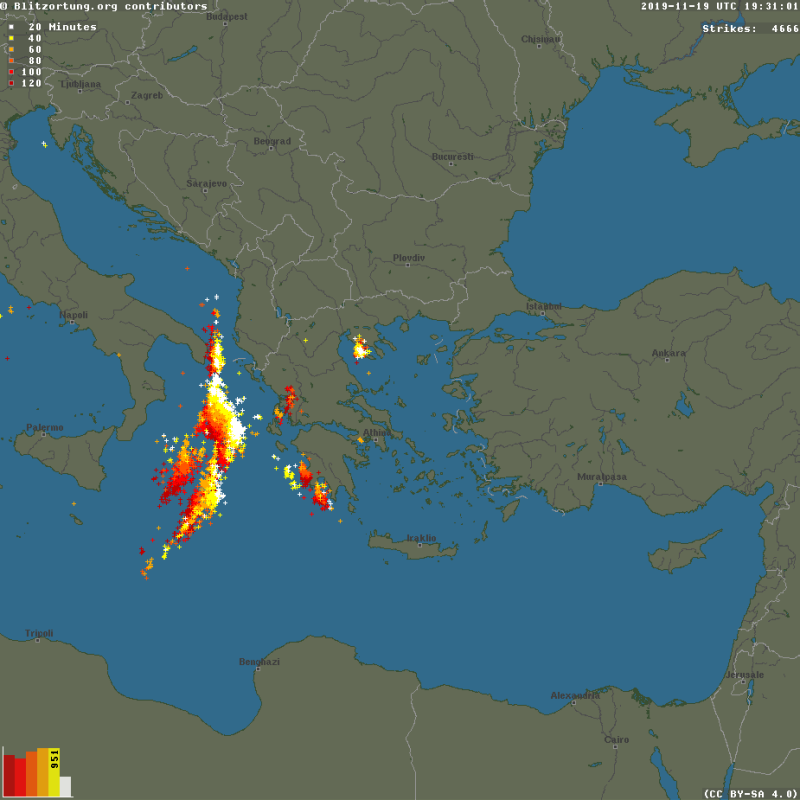 500 mbar chart reveals a short-wave trough / core moving from Italy into the Adriatic sea with an associated surface low over the S-CNTRL Adriatic sea. Very strong low-level SSE winds are present across the warm sector ahead of the cold front, advecting high moisture and warm airmass towards the north. This should also result in moderate instability which will favor severe storms threat in such a strongly sheared environment. Torrential rainfall, severe damaging winds and tornadoes are possible from SW Croatia along the coast of Albania, Montenegro into WNW Greece in the next 12 hours. 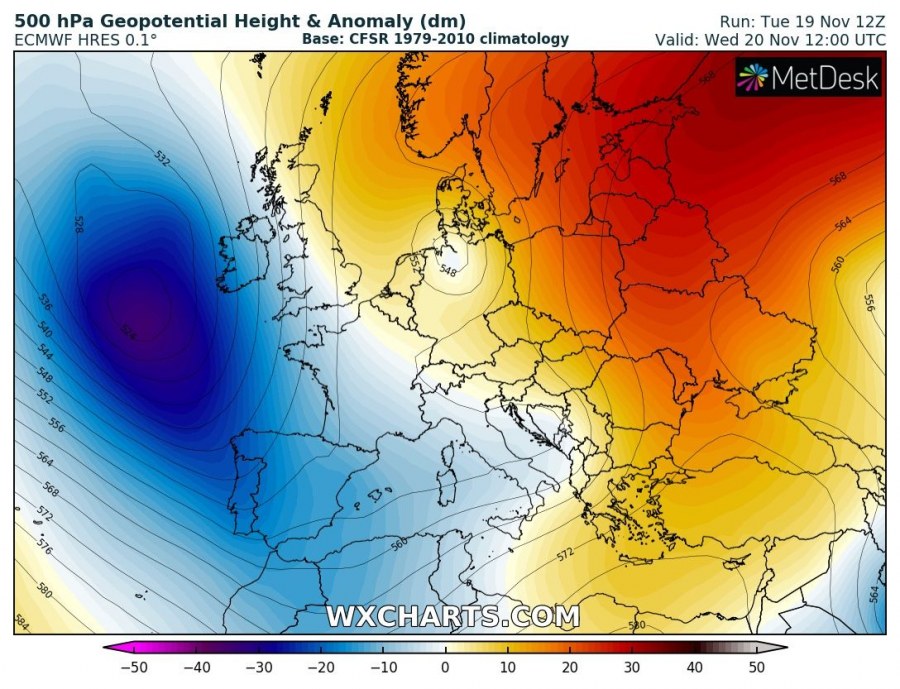 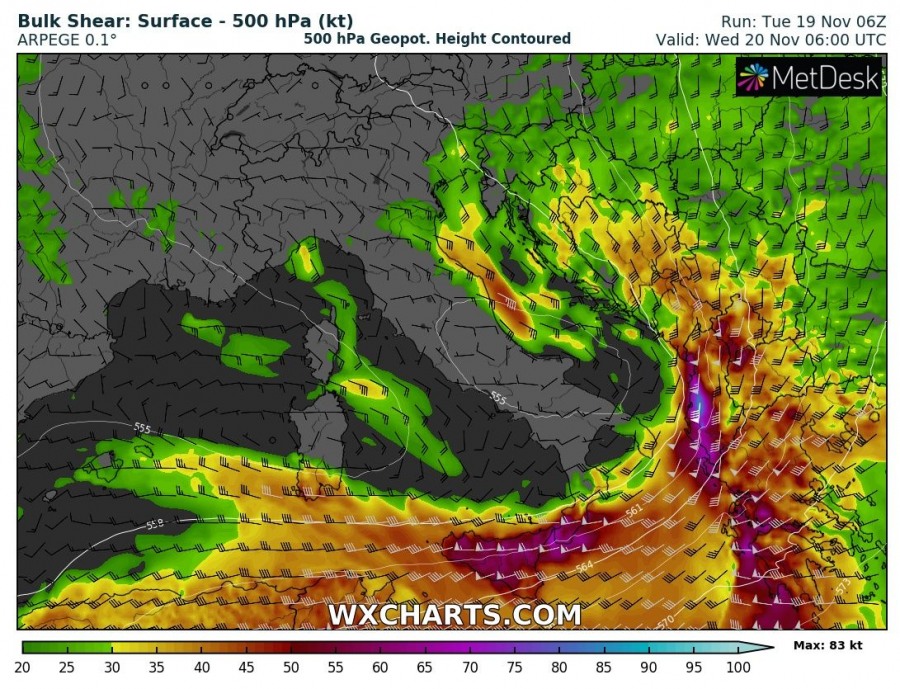 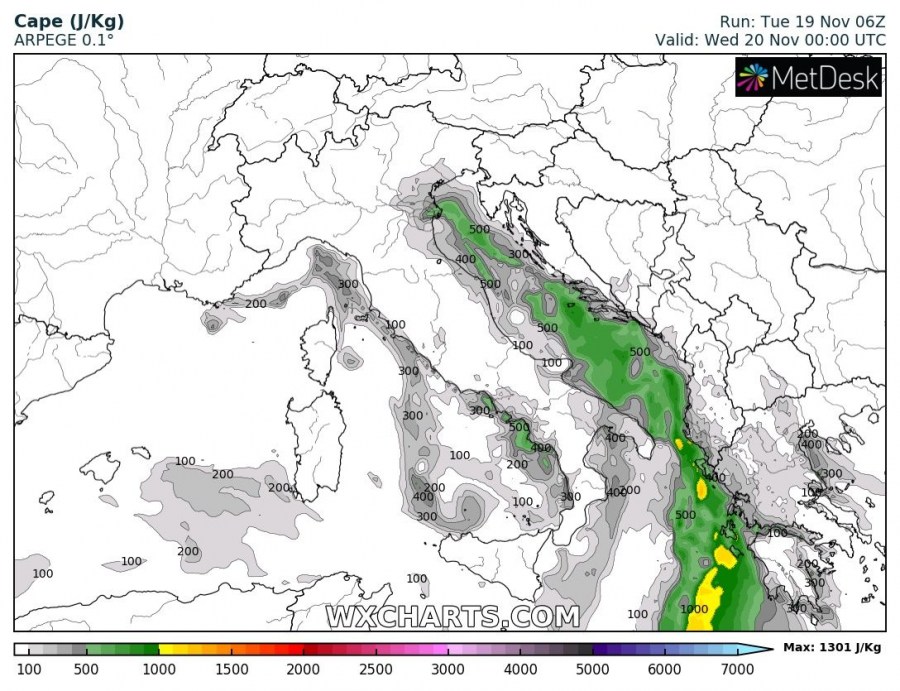 The cold frontal storm activity which is just entering S Adriatic and Ionian Seas is expected to spread ENE with time tonight, maintaining severe threat and intense rainfall within the storm clusters. The main two areas of intense rainfall are the southern edge of the front moving from the Ionian Sea into W Greece while another one is concentrated around the cyclone’s center over the Dalmatia region, Croatia along the SE Adriatic towards Albania. These storms will result in locally very intense rainfall and high rainfall sums. 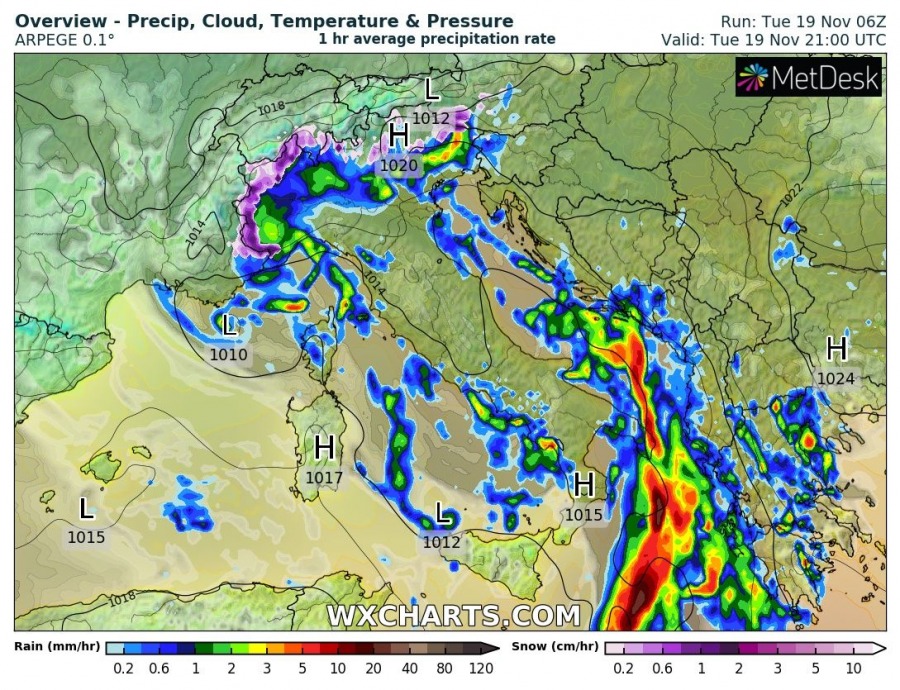 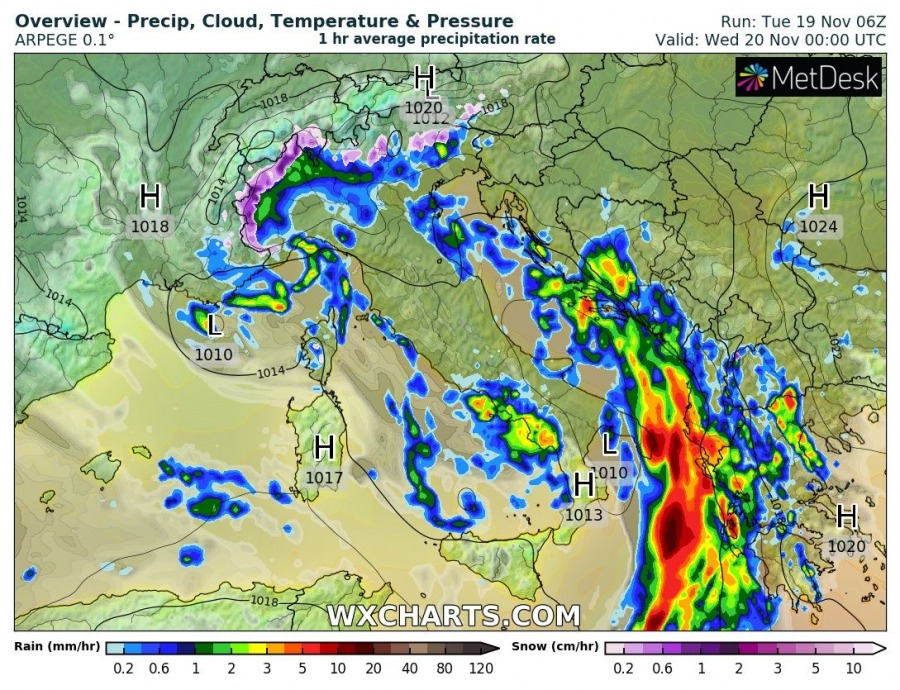 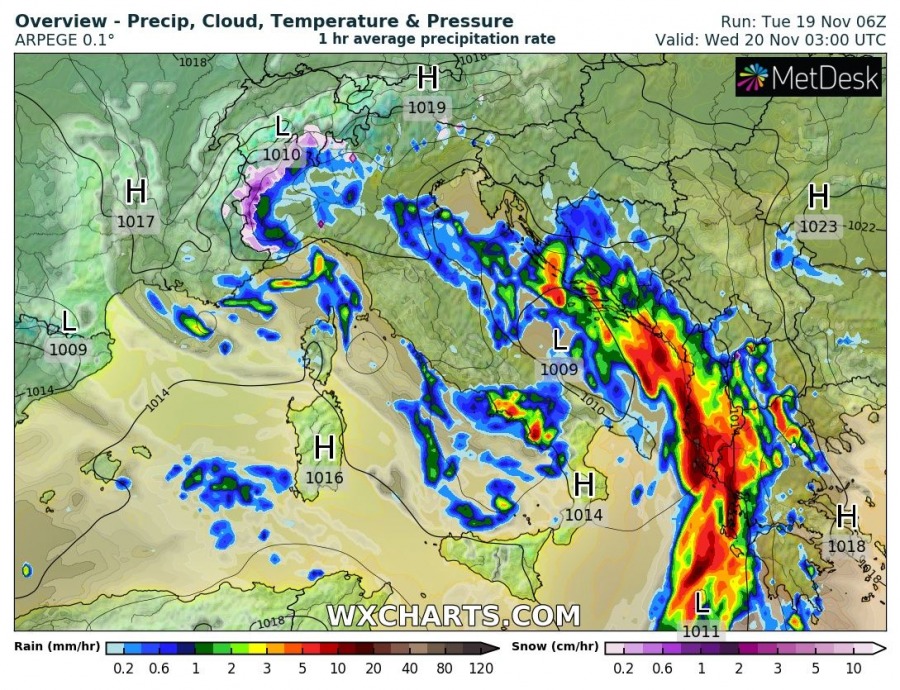 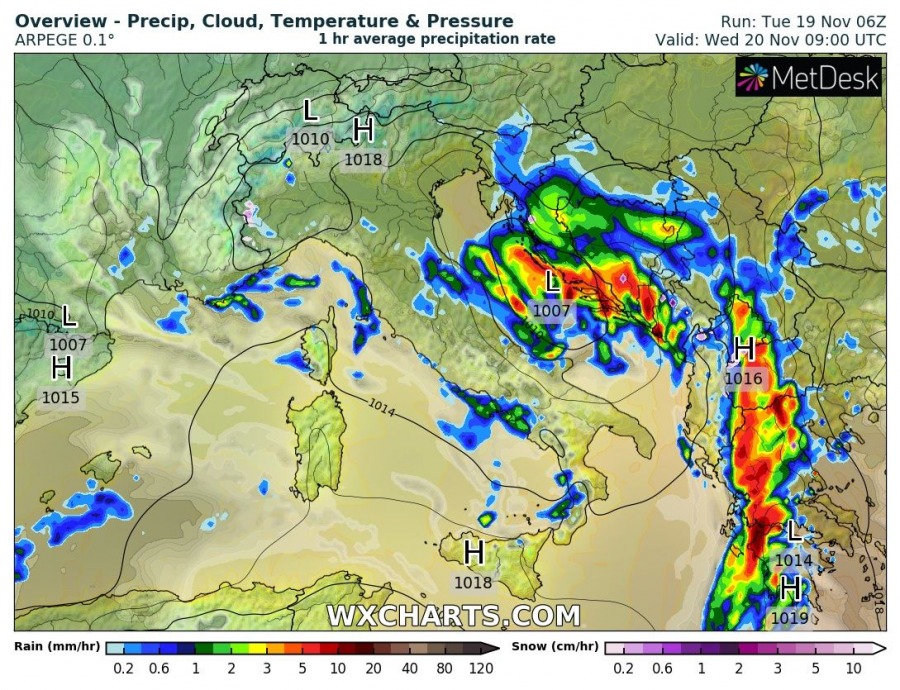 Storms should deliver quite a high amount of rainfall, likely exceeding 100 mm in some areas during the next 12-24 hours. Local flash floods are possible. 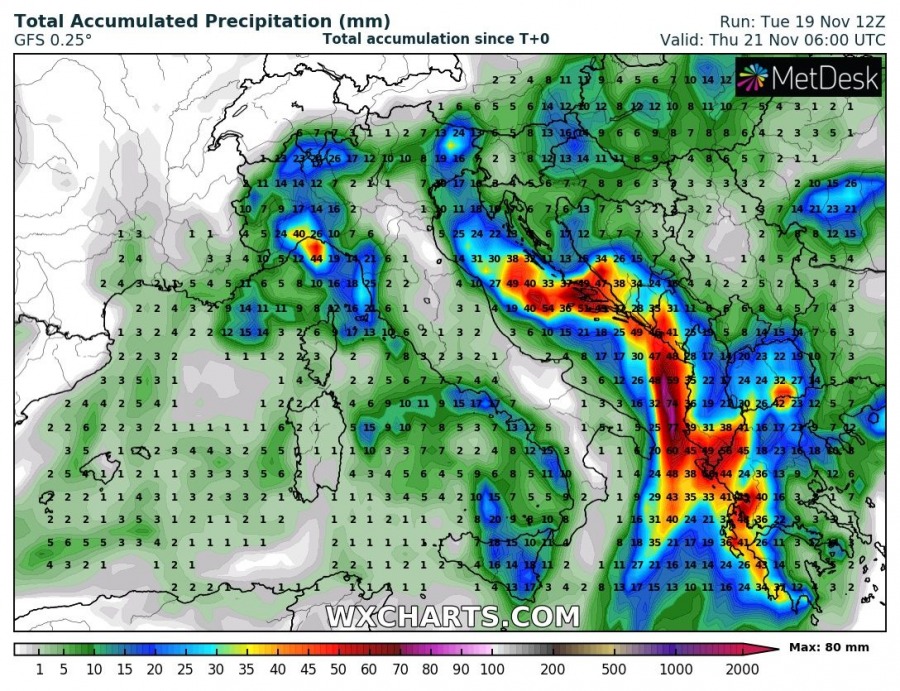 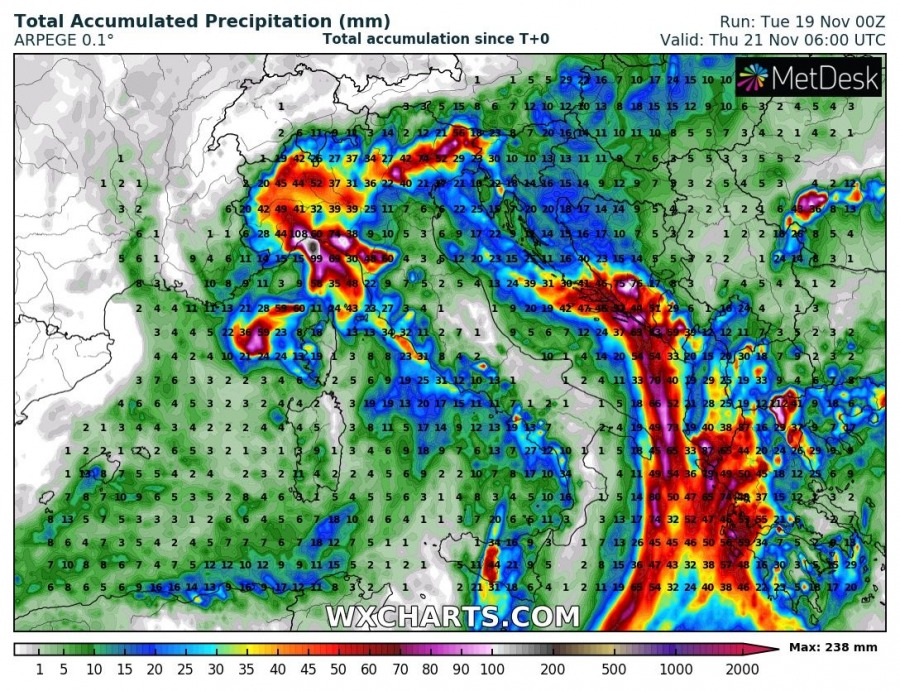 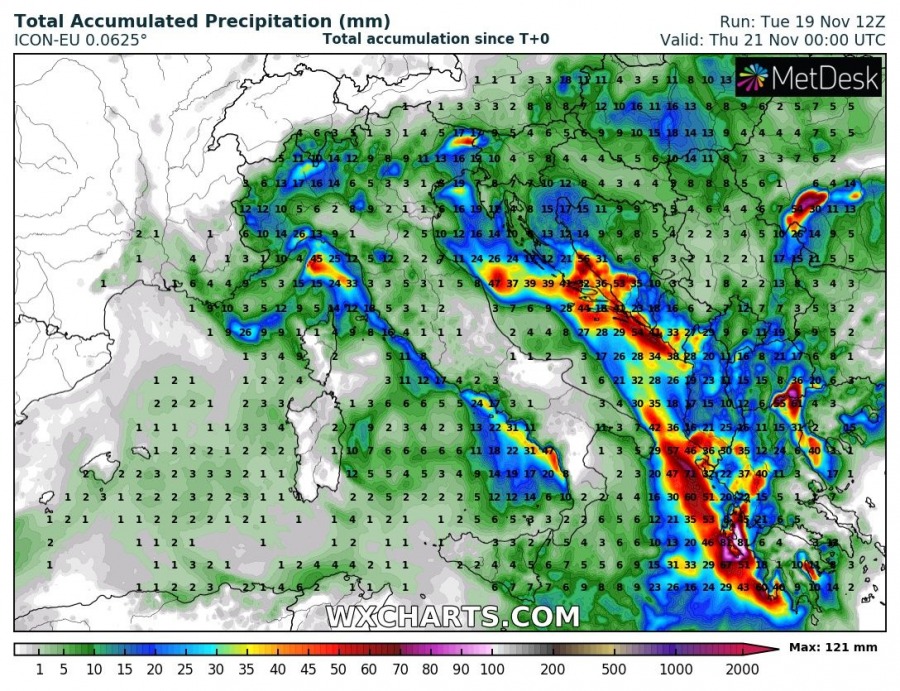