Planina Plain is the lowest-lying Karst plain in the Notranjska lowlands, located in western Slovenia. Planina Plain floods several times a year, turning into a lake after a longer period of excessive rainfall events. The main river across the Plain is river Unica, which meanders through the plain from west to east. This week, Planina Plain has reached a high level (even critical today) based on the ARSO (Slovenian Environment Agency) hydrological data. 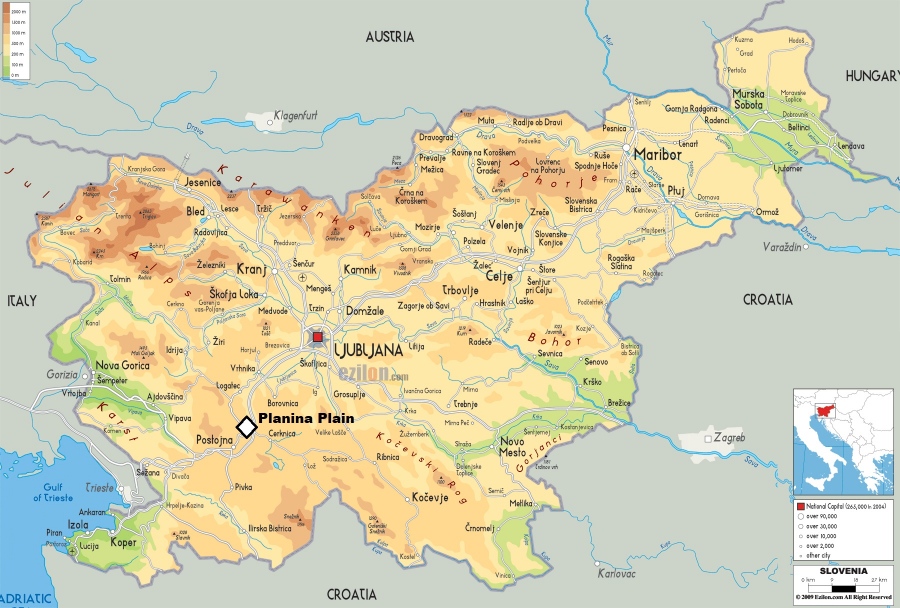 Attached are the graphics for the Unica river with hydrological station data during the last 30 days. The station is located on the SW side of the Planina Plain. We can see the significant rise of water level (the upper graph) in early November, as soon as heavy excessive rainfall has begun. Since then, several major rainfall events with a total of 300-500 mm of rainfall in the broad area have developed and resulted in huge amounts of water into the Unica river and Planina Plain itself. The water level has risen from around the normal value of 40 cm to 350 cm as of this evening, Nov 19th. This means the water level is more than 3 meters higher than normal today. The flowrate (second graph) is above 60 m3/s since November 6th, which is the threshold the Plain lake begins the fill. The flow rate of around 90 m3/s remains stable today, at the end of the rainfall event. 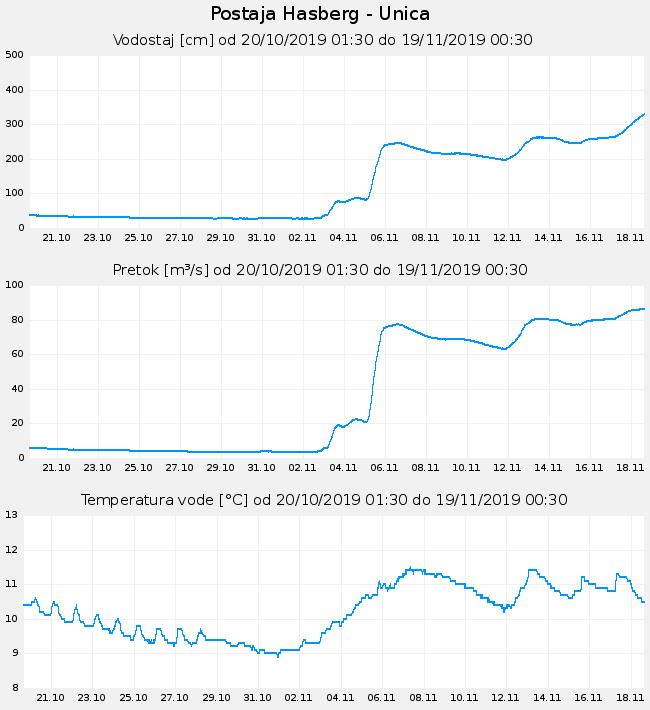 Our team was out today, investigating the flood areas from above. We can see a large extent of flooding waters across the whole Planina Plain (the town on the photo is Planina). As it usually happens when significant flooding occurs, the main road Planina-Laze floods. 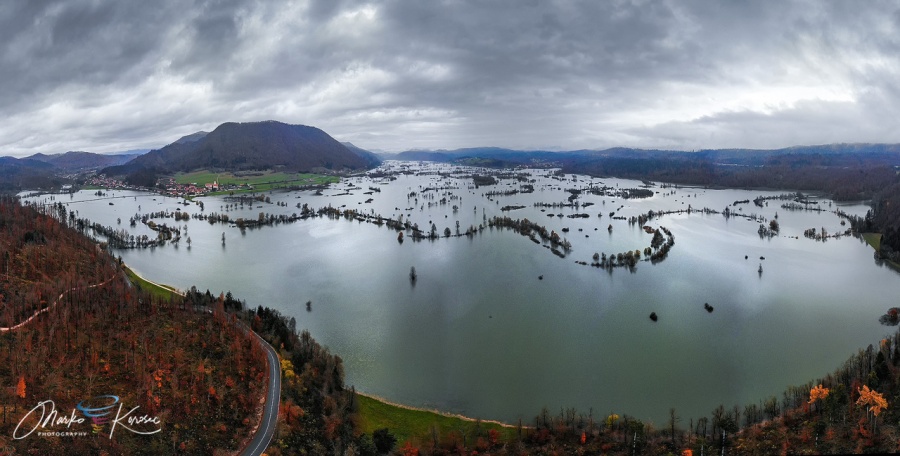 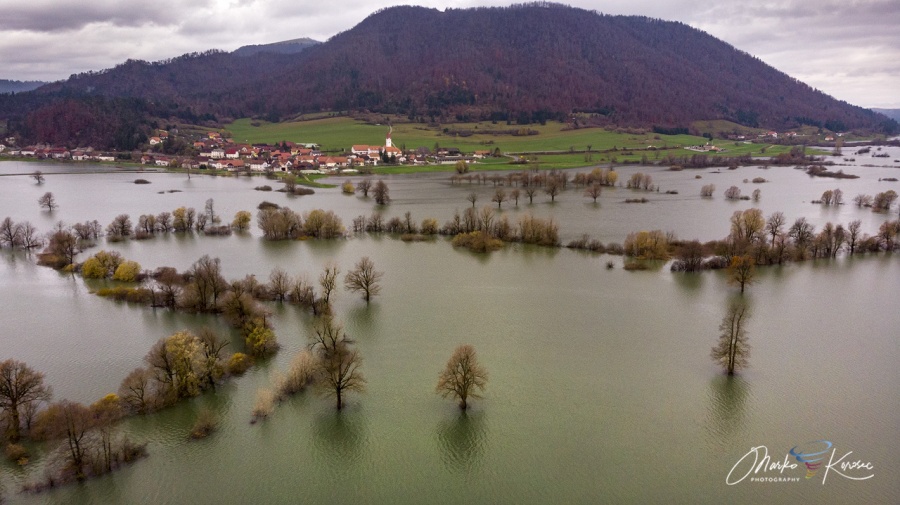 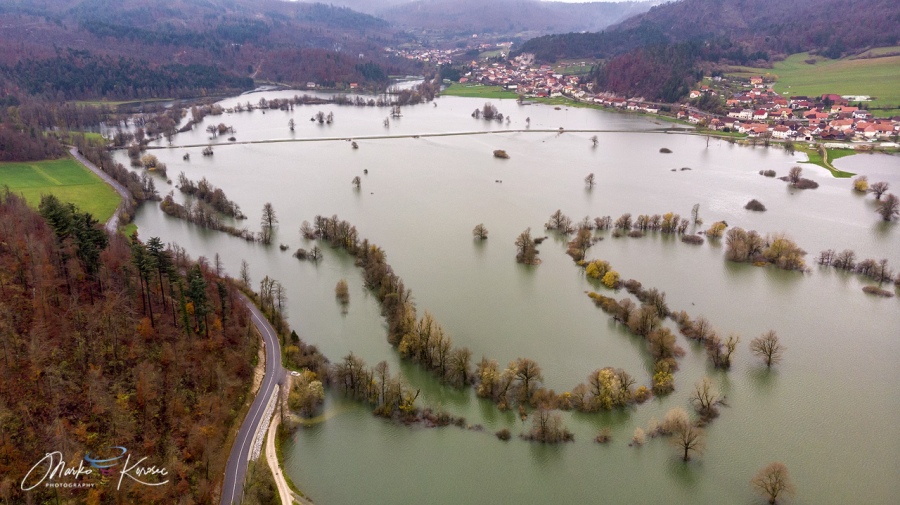 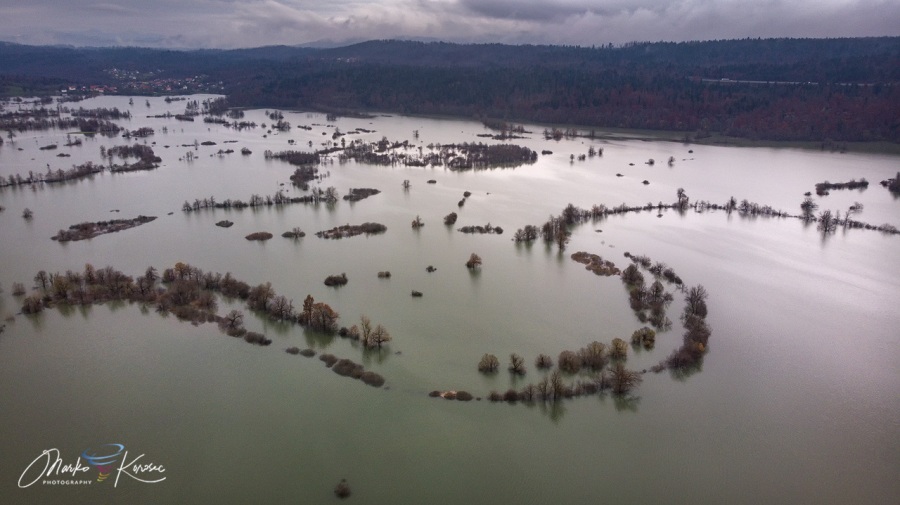 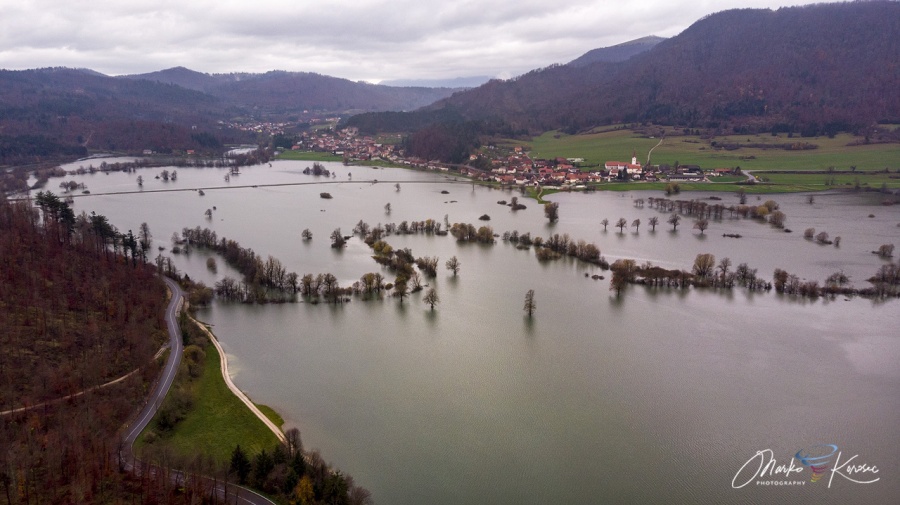 We will be covering the event in the coming days with more footage and imagery as significant flooding continues – stay tuned!