A large trough swept across Europe through the early days of August, but now the pattern is changing. A strong and long-lasting heatwave is developing into western and towards central Europe. Peak temperatures should locally push into the upper 30s again. The heatwave and stable weather could extend into mid-August.

The overall pattern over our continent is indicating a flip this week. A blocking pattern is building up across west, central, east, and southwest Europe. This normally means more stable weather and especially much warmer. The heat will also spread across the UK. Many areas are expected to see the mid to upper 30s again for days, and could even reach 40 °C in some areas.

With the strengthening upper-level ridge across west-central Europe after Thursday, much warmer weather will return. Global weather models are in very good agreement the blocking pattern should establish for many days. Therefore, this heatwave over Europe is likely to be long-lasting. 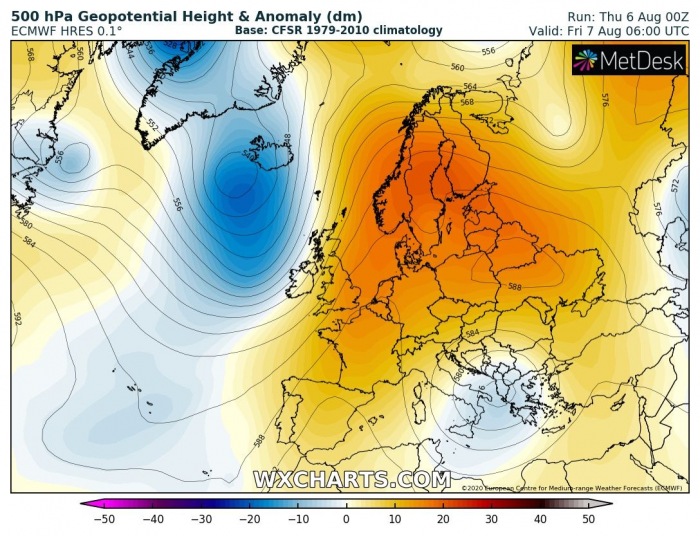 The blocking pattern will extend into early next week as well, as the upper ridge is strong and expands across much of the European continent. 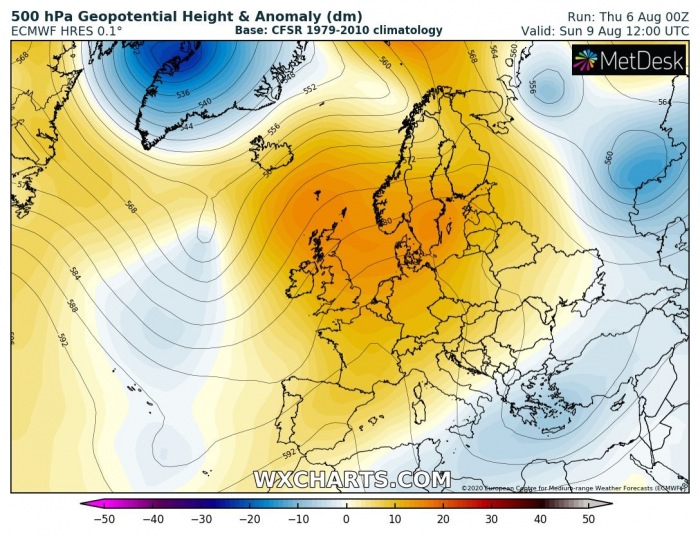 On Friday, the hottest air mass will continue accumulating under a strengthening upper ridge, centered over France. The hottest weather will gradually spread towards Benelux and the UK. 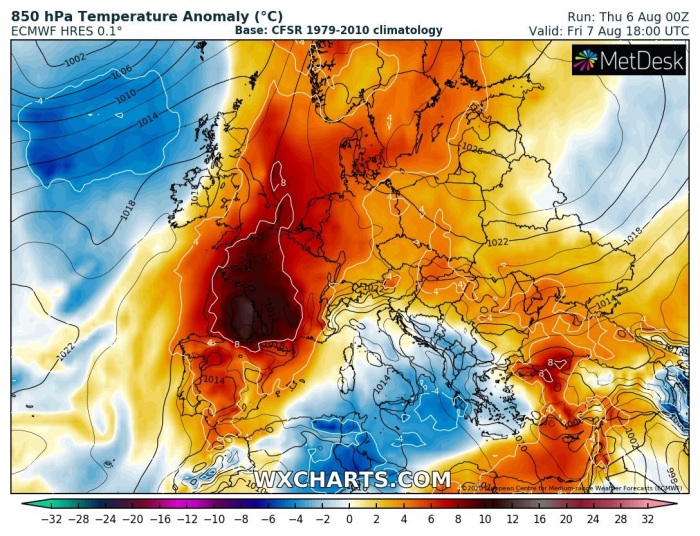 The hot weather will also spread into Germany and Spain. The attached graphics indicate much of Europe will have above-normal 2 m temperatures in the afternoon. 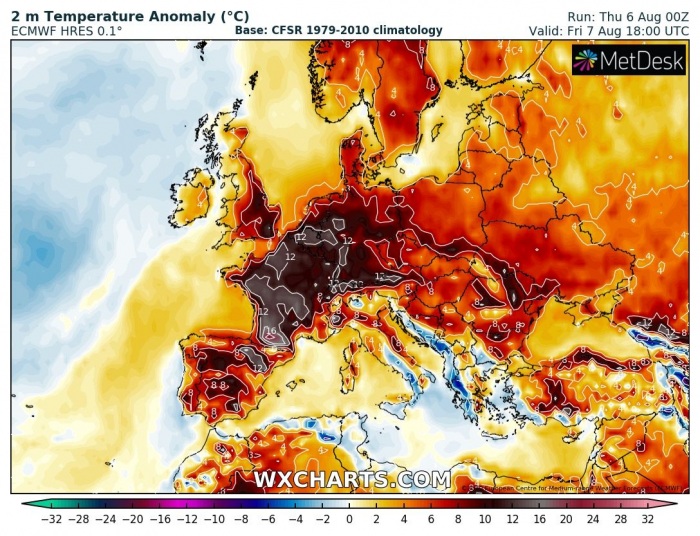 Peak temperatures are expected over France, potentially reaching near the 40s in the southwest parts. Into the mid 30s across other parts, as well as partly over Benelux. Low 30s are likely over southern England. 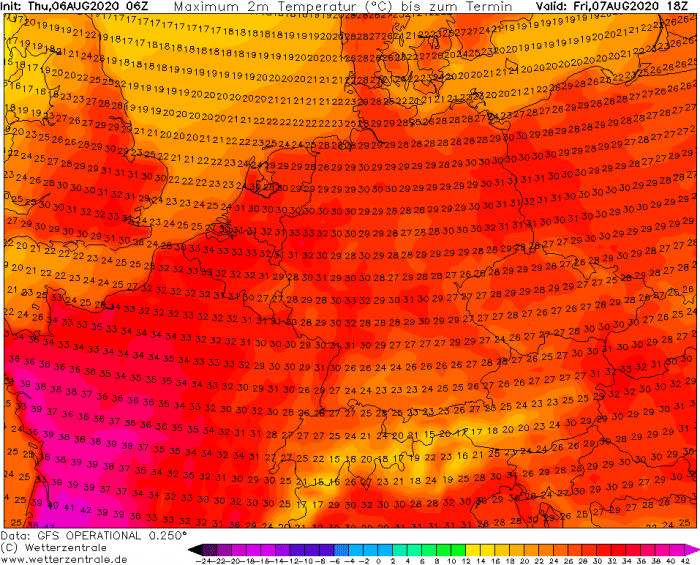 Similar conditions as on Friday will remain over the weekend, with air mass becoming even warmer over England, Benelux, and Germany. 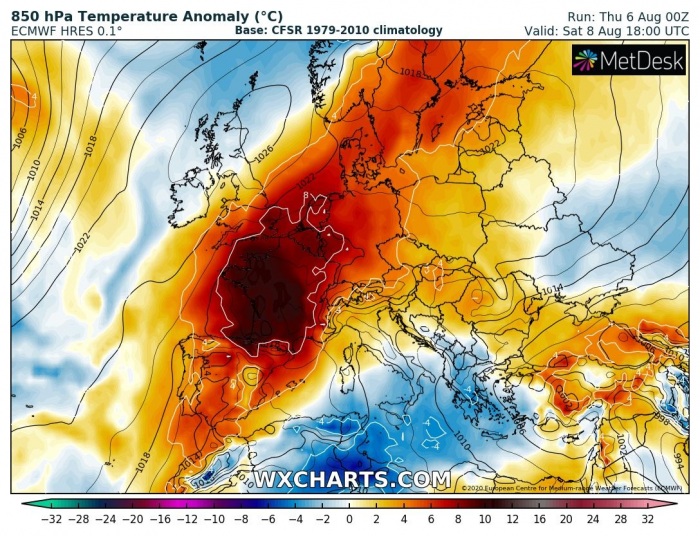 A very hot day is expected from Spain across France, Benelux, and Germany with afternoon temperatures reaching mid to locally upper 30s. 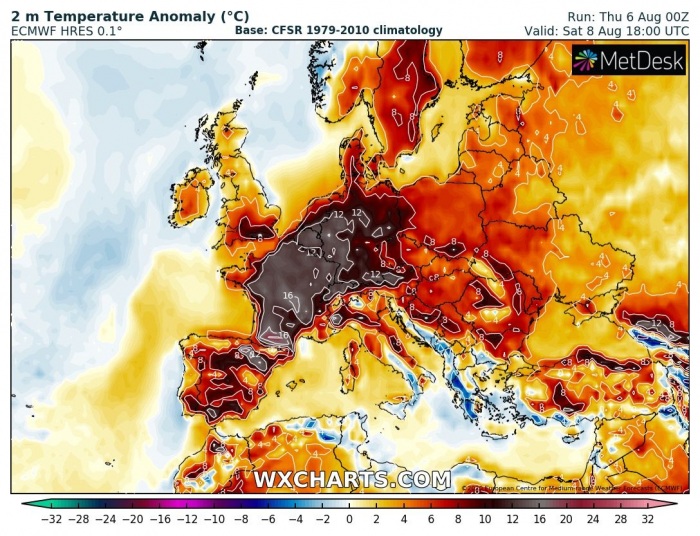 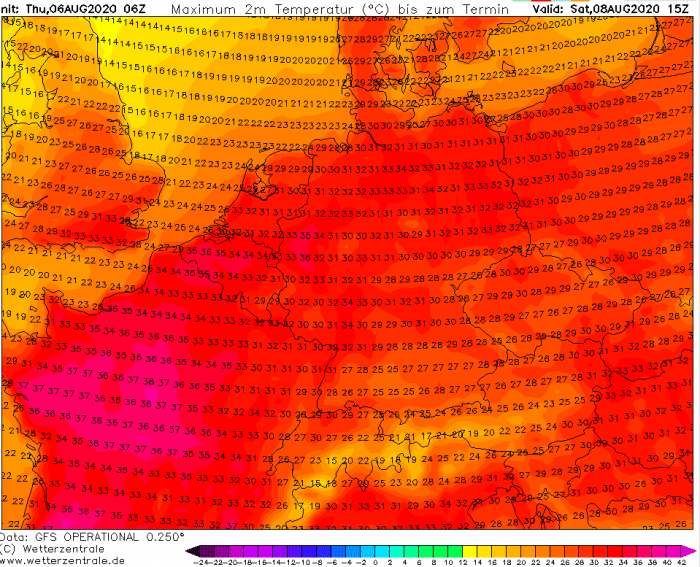 Although the air mass is mid-levels become slightly cooler on Sunday, it remains very hot near the surface. Similar weather as on Saturday is expected, the mid to upper 30s over France and just shy lower in other countries. 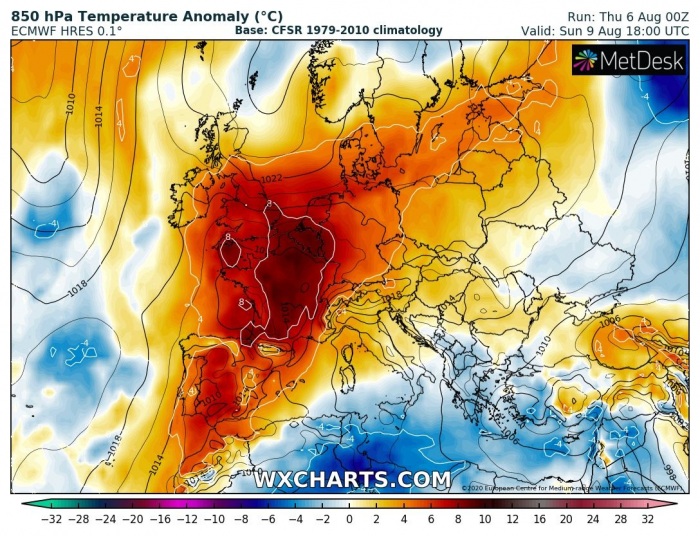 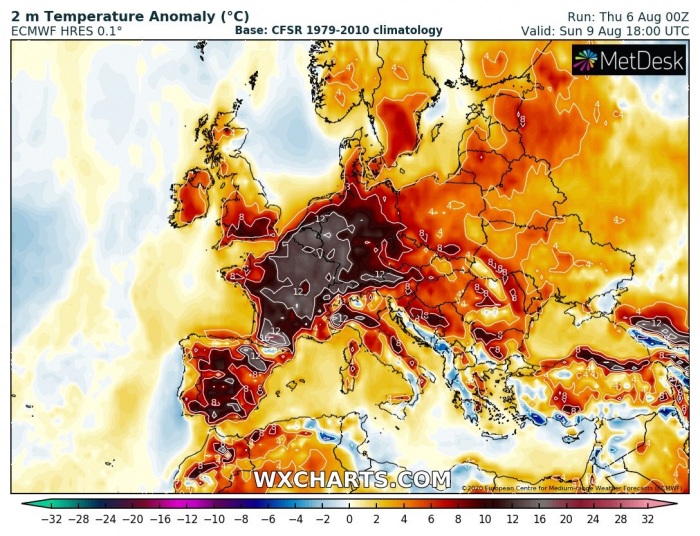 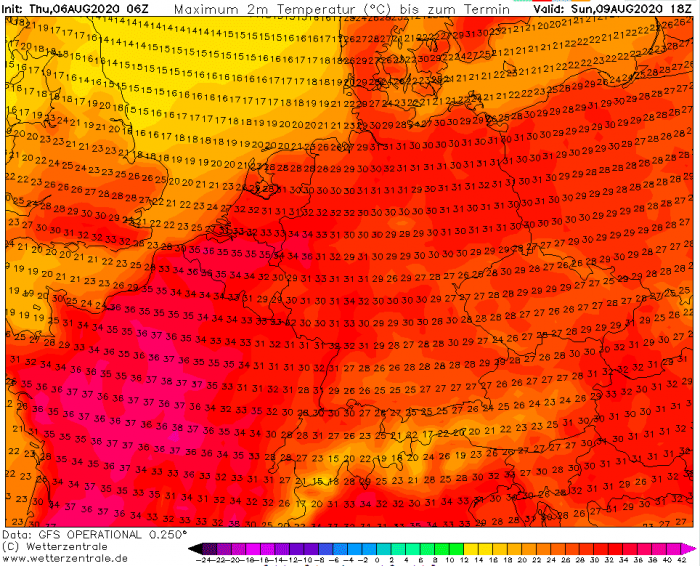 The upper ridge persists also into the early days of next week, therefore resulting in a persistent heat over much of western Europe.

The warmer air mass should bring shy higher temperatures into Benelux and Germany, while Spain remains in the upper 30s. 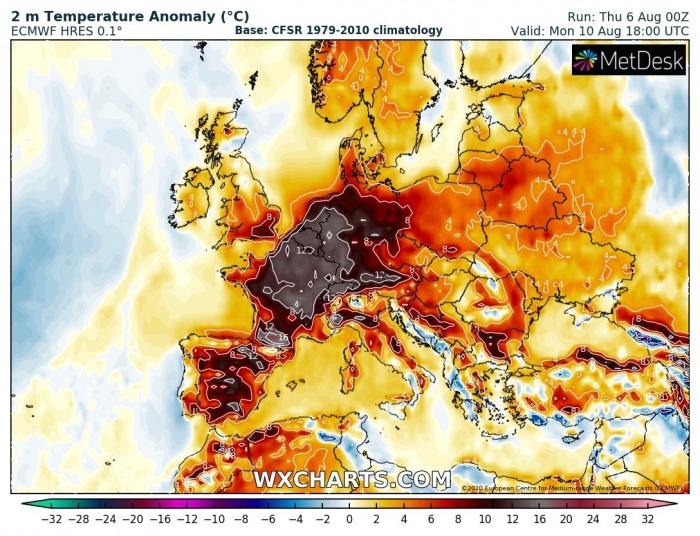 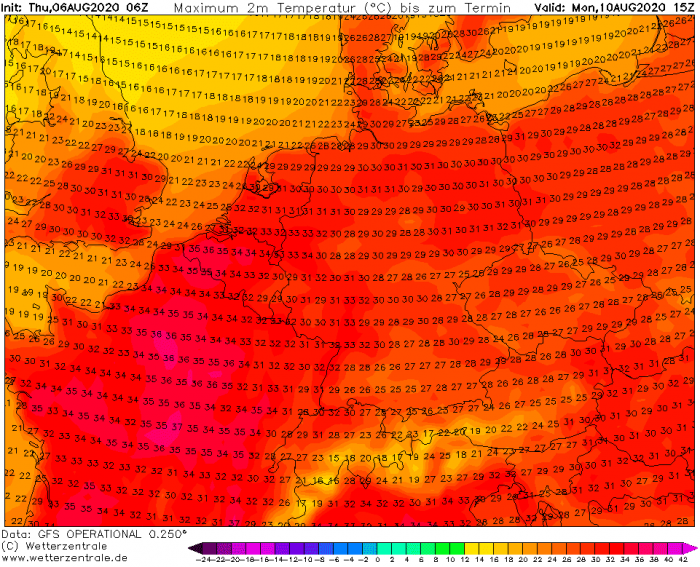 It appears likely the heatwave over Europe will indeed be a long-lasting given the favorable blocking pattern establishing. Although this brings more stable conditions and limiting severe storms activity, excessive heat danger will develop with time.