A new very hot day is expected across much of central and southern Europe today. Daytime highs will push into high 30s across much of the period and again the Netherlands and western Germany could push up to 40 °C. 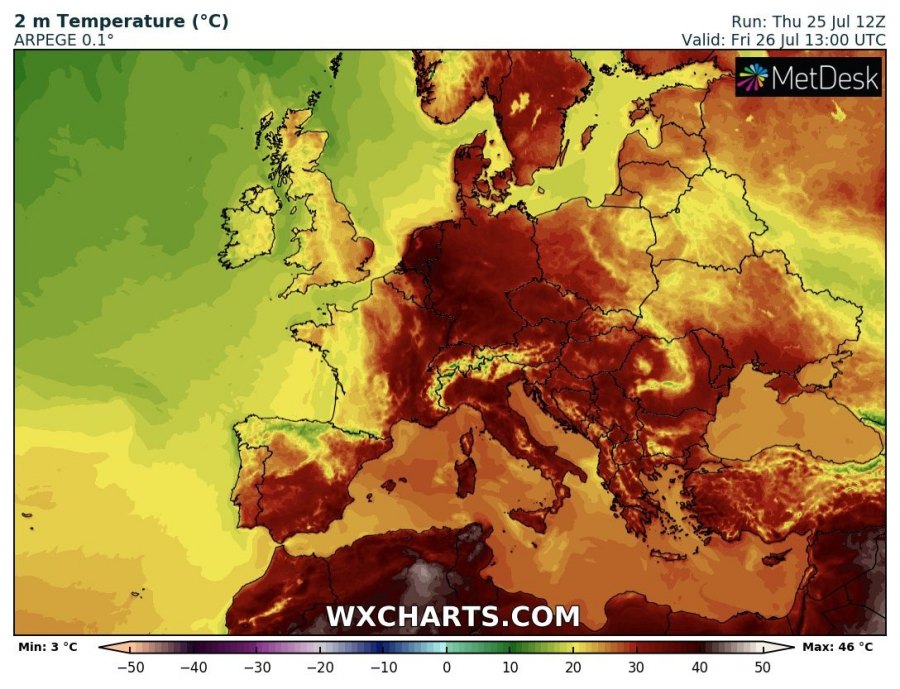 The heat wave in central and south Europe continues. While parts of France receive respite from the scorching heat of the past few days, much of central and southern Europe, and even parts of north Europe, continues with very hot weather. Western parts of Germany will push up to 39-40 °C, with much of the south of the country in the mid 30s. The Netherlands will push into mid to upper-30s, with the south of the country likely reaching 40 °C again. Belgium is set to push into upper 30s in its northeastern part. Up to 36-37 °C in eastern and southeastern France today.

Other parts of central and southern Europe will enjoy hot summer weather. Expect temperatures to push into upper 30s in parts of Italy, up to 38 °C in the plains of north Italy. Into mid 30s across much of the Balkans and low to mid 30s in parts of Hungary, Austria and the Czech Republic. Again in the mid 30s in south and southeast Spain. 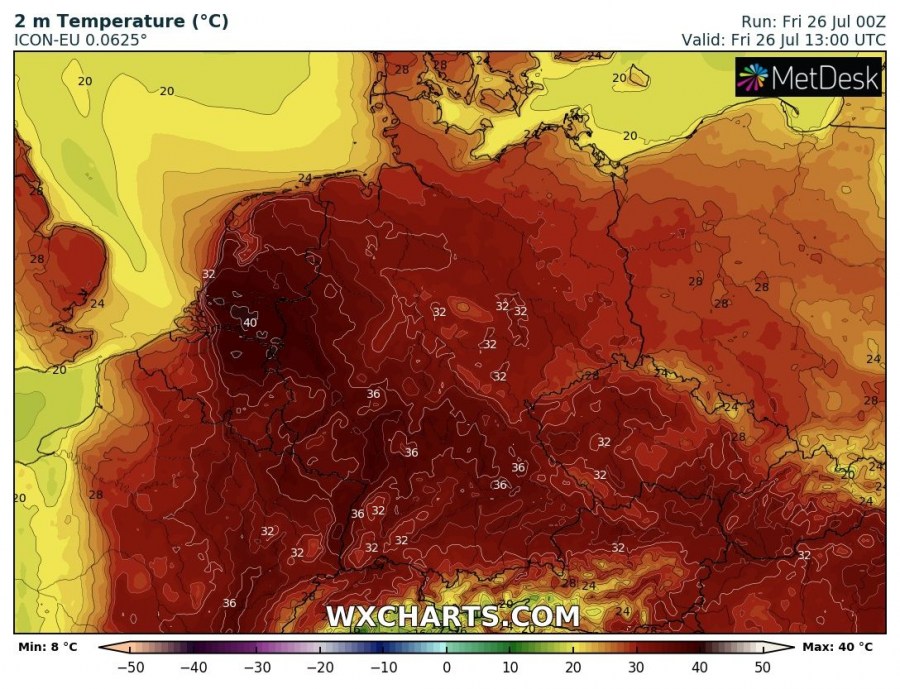 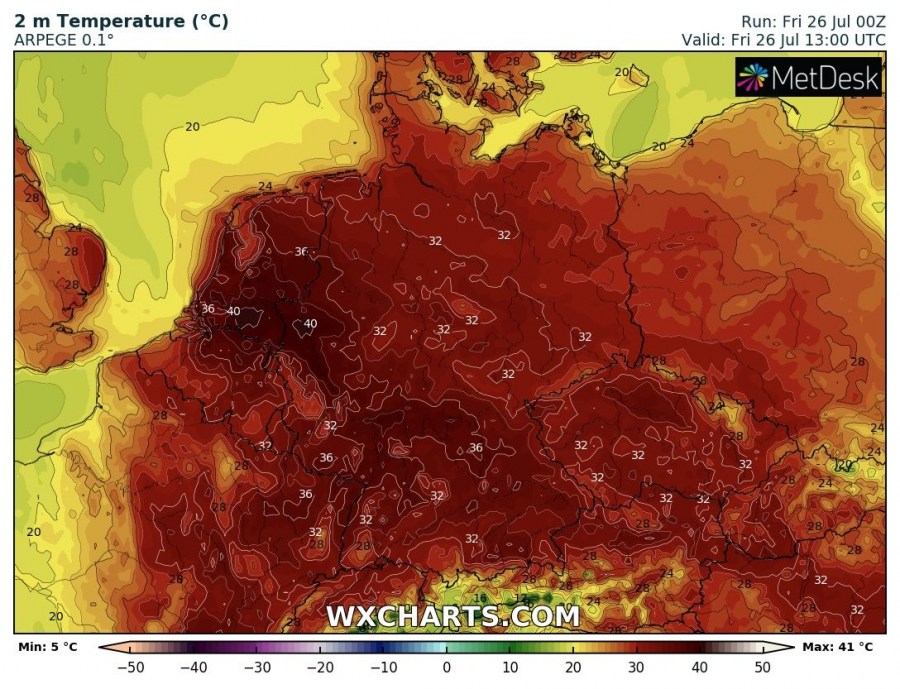 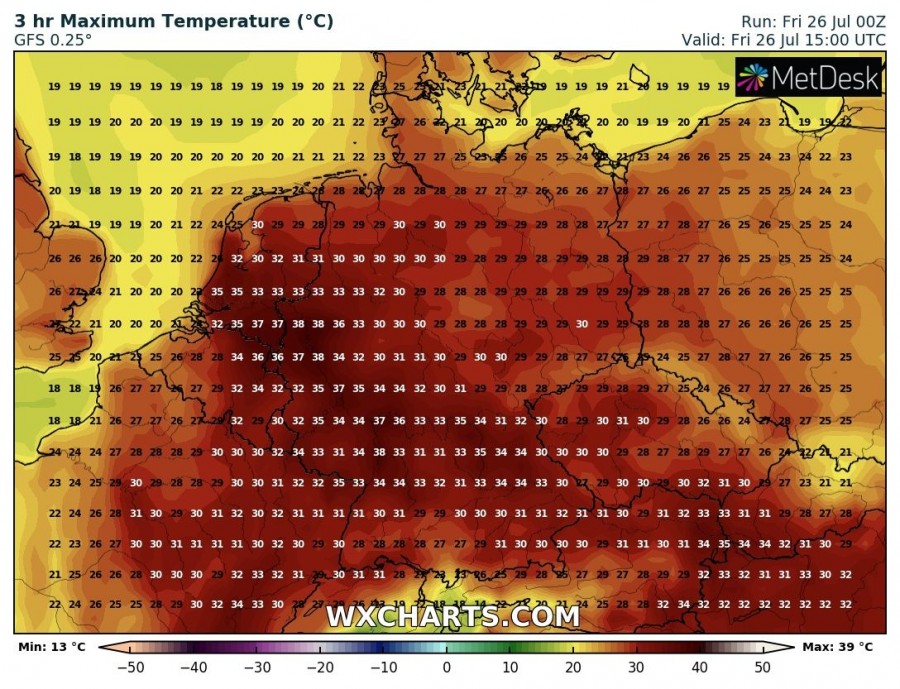 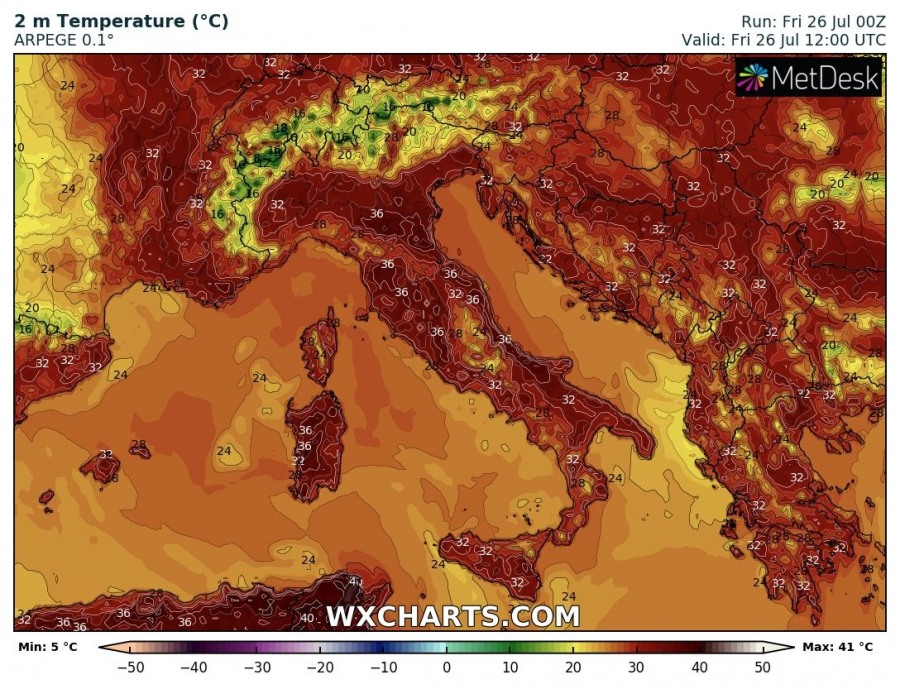 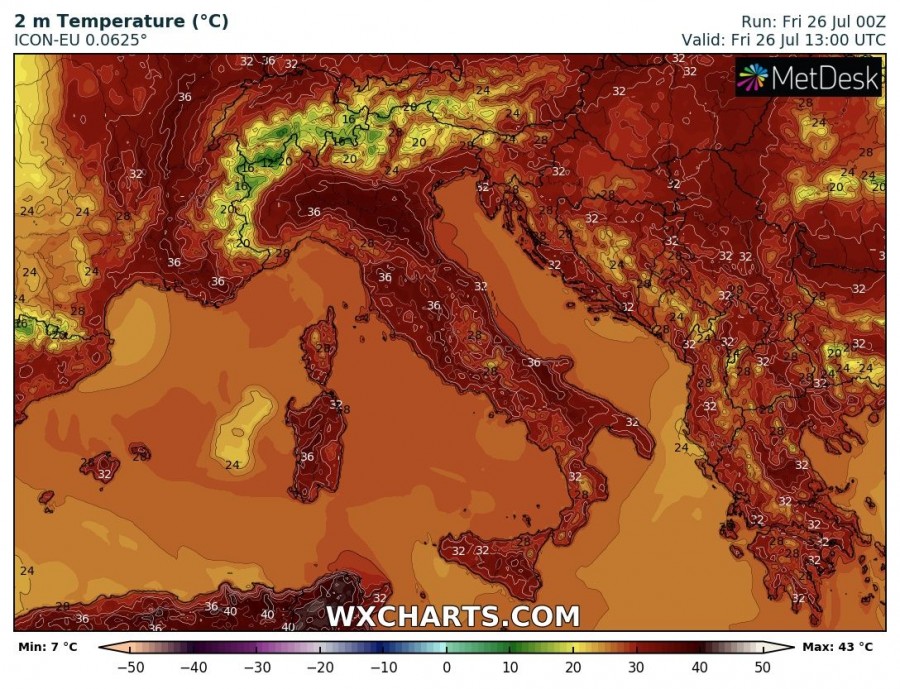 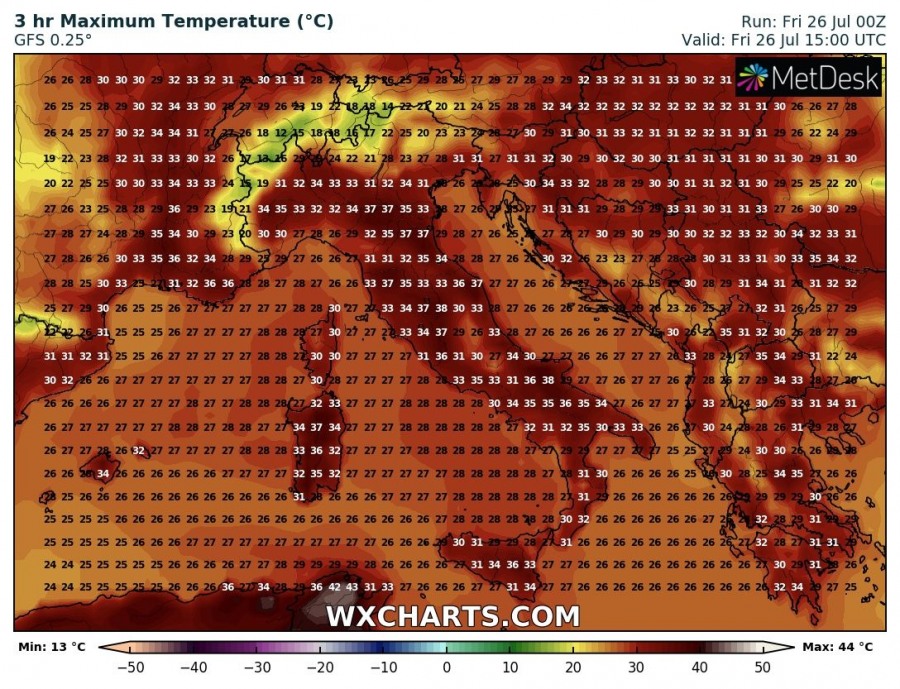