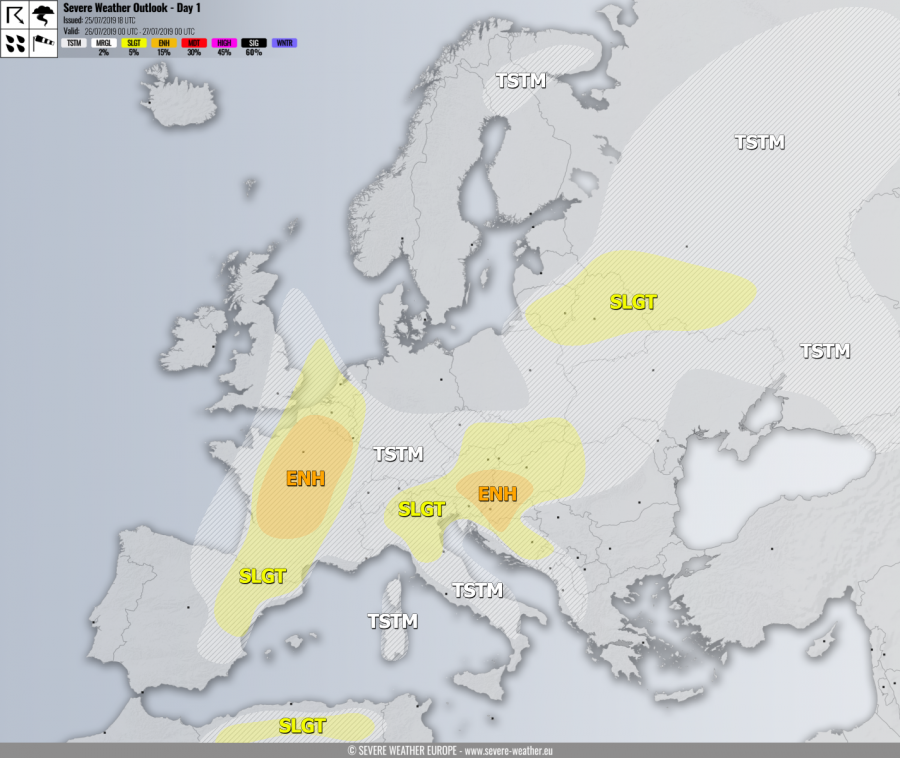 An upper ridge across central Europe collapses as two features of interest will gradually result in the pattern change. A deep trough / low over the N Atlantic and WSW Europe moves further east towards central Europe and N Mediterranean while a shallow upper low over E Europe retreats towards west. Another upper low is located over SW Russia. Strong ridge persists across N Europe. 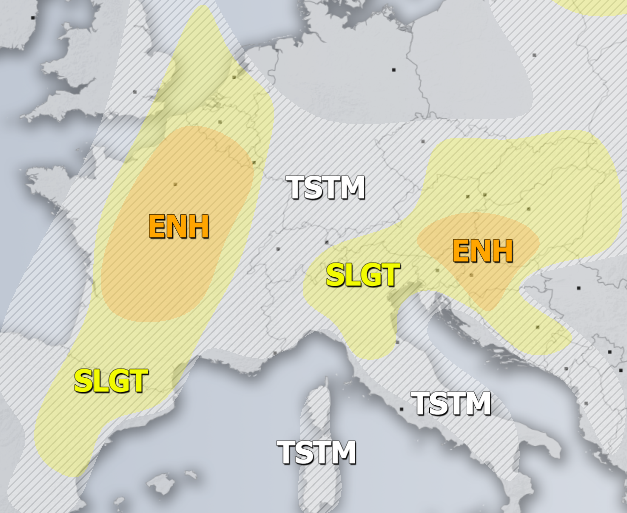 ENH risk has been issued for SE Austria, E Slovenia, W Hungary into NNE Croatia and N Bosnia with threat for severe storms, capable of producing severe winds, torrential rainfall and large hail. Scattered convective activity is expected from the early afternoon onwards as an approaching shallow upper low from the E Europe results in ascent for storm initiation. Strong to locally extreme instability should support intense storm within a weakly sheared environment. Mostly multicell storms are expected with some supercells as well, posing threat for large (or even very large) hail and flash floods due to slow-moving cores.

ENH / SLGT risks have been issued for N-CNTRL France into Benelux and NE Spain with threat for severe storms, capable of producing severe winds, torrential rainfall and large hail ahead and along the surface front. A moderately unstable and strongly sheared environment will be conducive for scattered to widespread severe storms, including supercells with damaging hail and wind threat. Storms will likely cluster into one or two systems towards the evening hours while spreading towards the ESE UK and the North Sea through the early night. 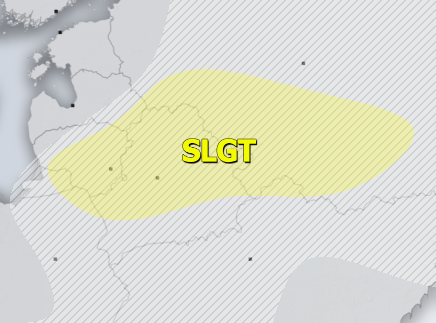 SLGT risk has been issued for S Baltic region into Belarus and W Russia with isolated threat for severe storms, capable of producing severe winds, marginally large hail and torrential rainfall. Scattered storms are expected within moderate unstable and weakly to moderately sheared environment. A supercell or two with large hail threat could develop as well.