Yet another very intense Arctic outbreak will push across parts of the United States this week. A dipole pattern with a deep trough across the western half and an upper ridge over the eastern half of the country will develop a robust environment for severe storms along the front and especially extreme temperature contrast between the two airmasses.

The pattern supporting this evolution is characterized by a deep trough moving across the northern US and southern Canada to the west of the extensive upper ridge across the eastern US. Extremely cold Arctic airmass with 850 mbar temperatures below -25 °C will overspread Dakotas and push towards the Midwest tomorrow. 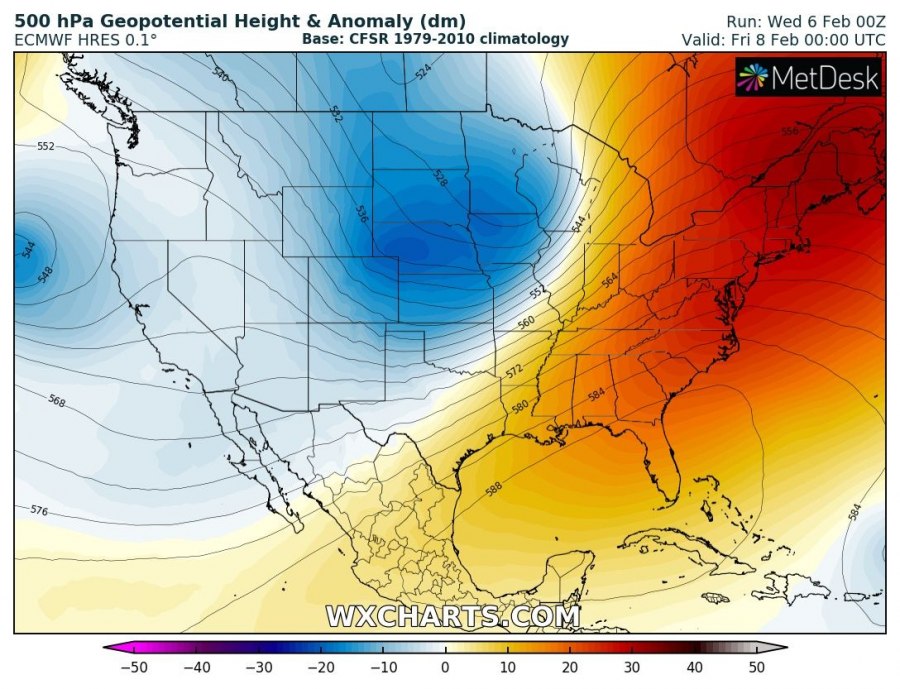 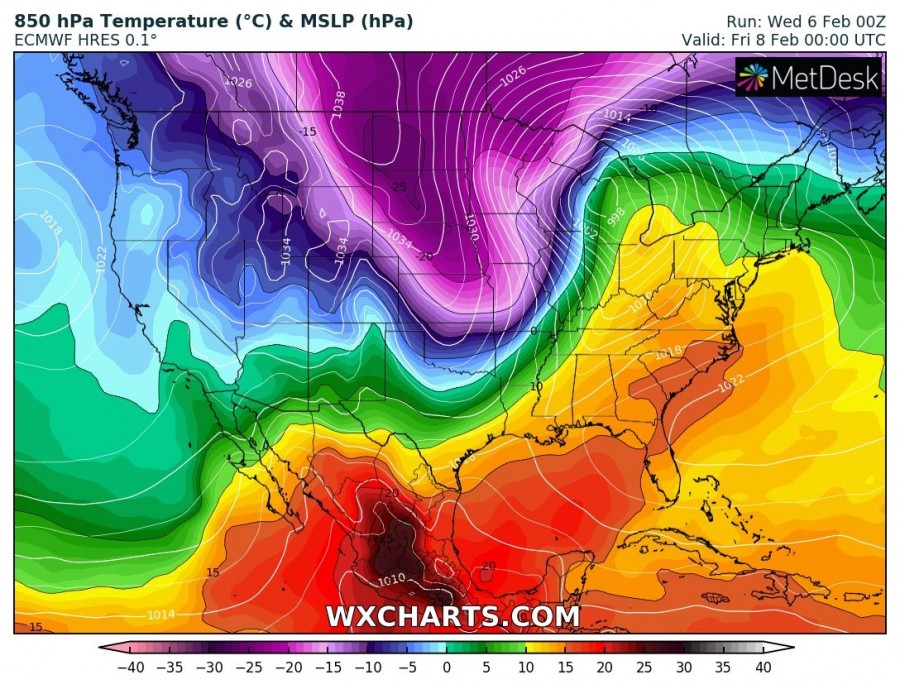 850 mb temperature anomaly through the next several days indicates just how extreme a temperature gradient will develop between the two airmasses. Associated with the deep trough, a surface cyclone will moves across the Great Plains and will result in extremely powerful warm advection across the central Plains and later over the eastern half of CONUS. Looking over the Thursday map, we can see the temperature anomaly ahead of the cyclone will be more than 20 °C above normal, while the airmass behind the system will be more than 20 °C colder than average for early February! 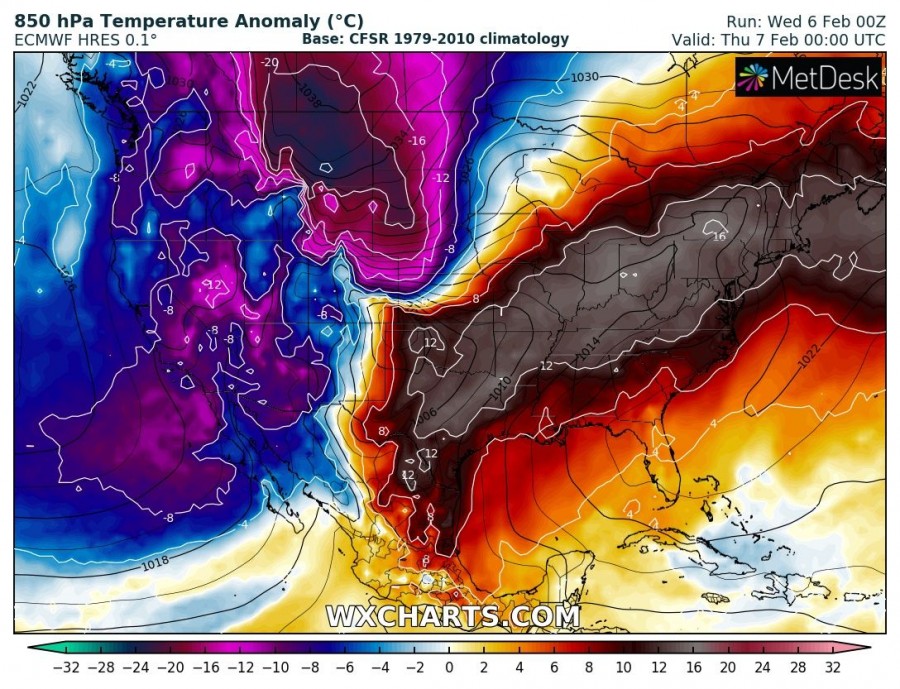 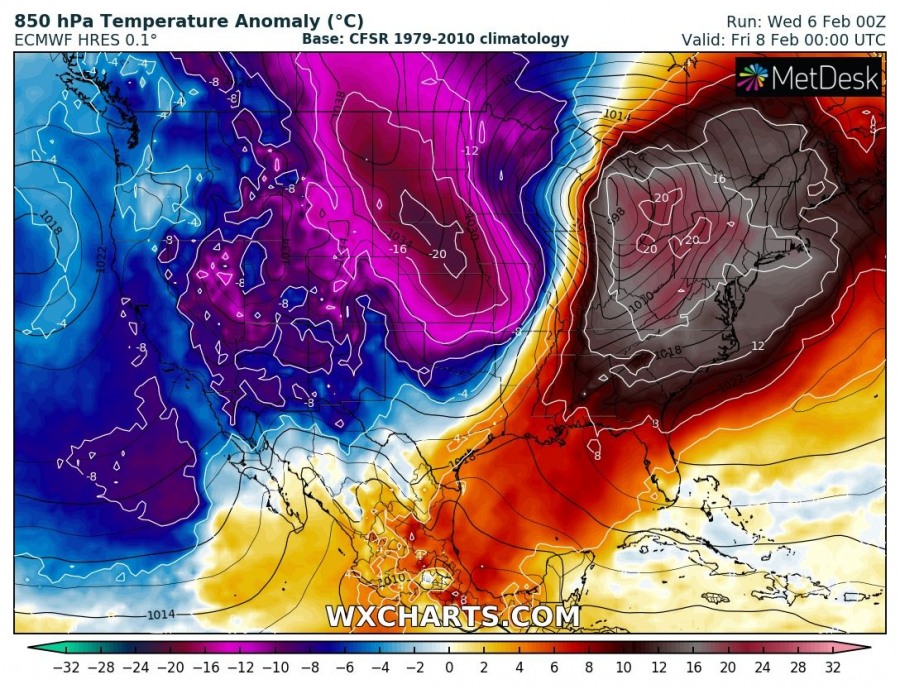 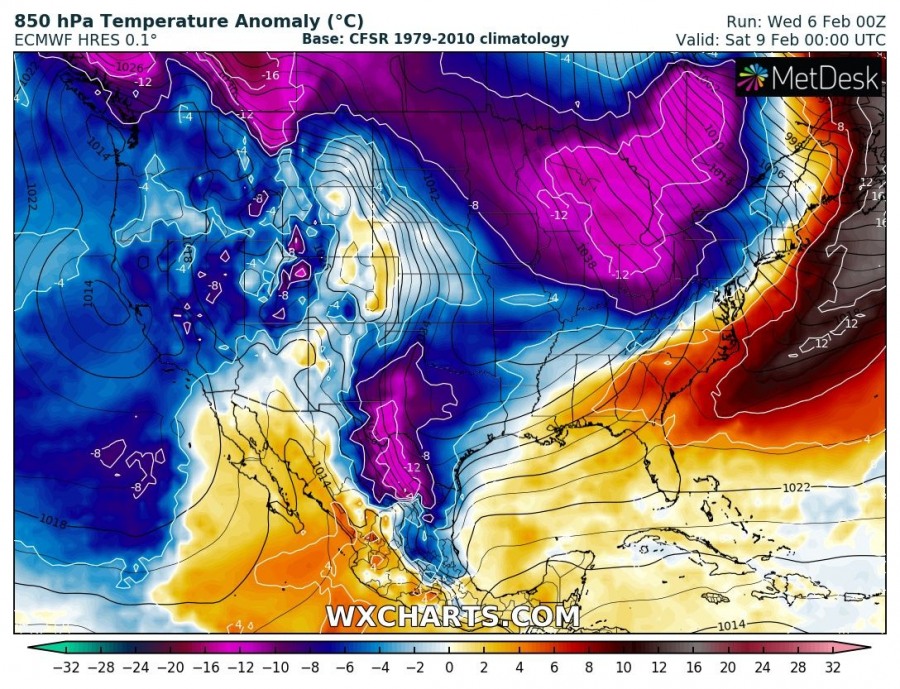 Very intense winds / jet stream will form in between and also support some severe weather further south along the surface front.

Beautiful, big-time upper-level trough dominating the western U.S. with strong, robust low-level jet across the central/southern Plains this midweek! This likely is a sign of an active upcoming severe weather season for the southern U.S. with active Subtropical Jet. Get ready pic.twitter.com/rybJ8kpSS2

We are closely monitoring the evolution of this system and will keep you updated – stay tuned!