The Sudden Stratospheric Warming (SSW) which happened around New Year has led to the Polar vortex collapse and split in two lows/vortices. One was pushed towards the European continent and the other one moved towards the North American continent. The results of the vortex split usually come in effect in 2-3 weeks for the first vortex, which the second vortex usually follows with another 1-2 weeks delay. The European continent has been experiencing very dynamic winter weather and locally extreme cold in the past 2 weeks. Now, the effects are finally visible across  Canada and North America too. Towards the end of January, an exceptional Arctic outbreak will push across Canada into north and northeast United States, bringing a very extreme cold anomaly with temperatures locally near 30 °C / 50F below average. Let us take a look at some details of the pattern evolution leading to this event next week.

The pattern supporting the event starts on Tuesday, Jan 29th near the Canada-US border and continues until Friday, Feb 1st when it spreads across the East Coast as well. A very deep trough develops at 500 mbar and translates extremely cold airmass into the lowest levels while it moves across the Great Lakes region towards the Northeast US. 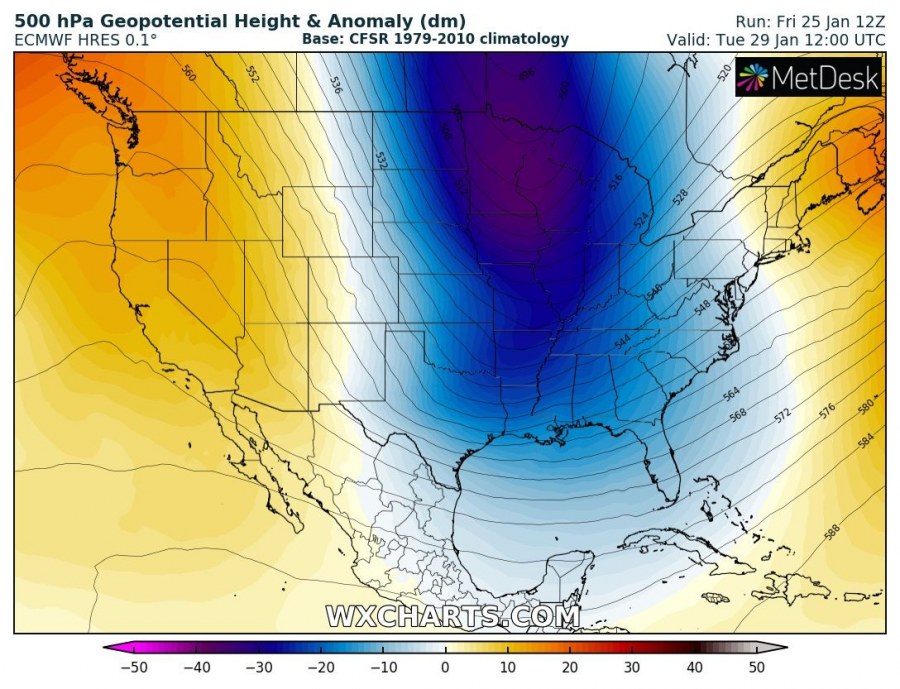 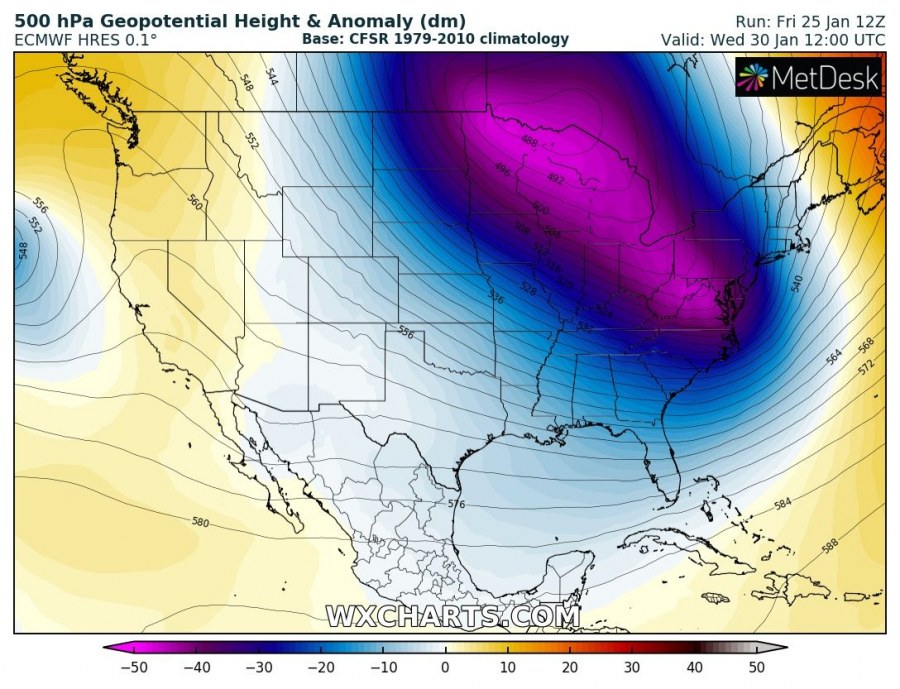 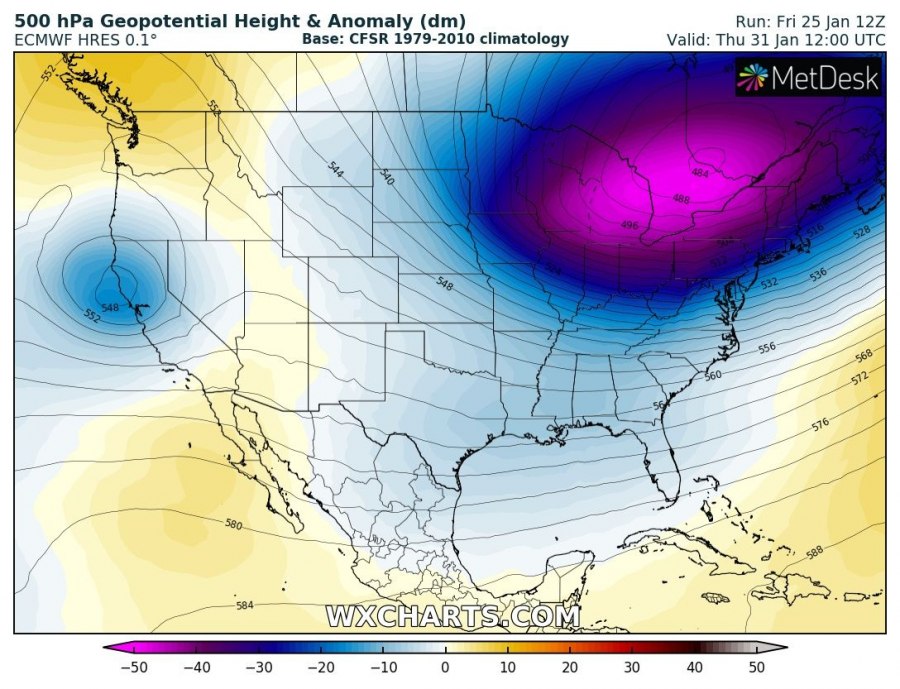 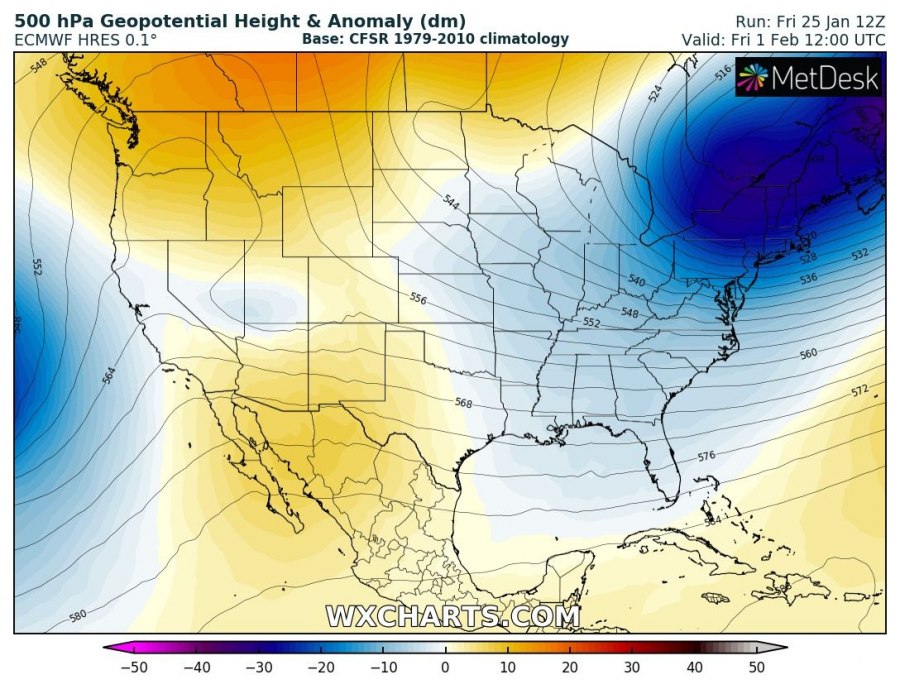 The 850 mbar temperature is usually the best map for representing the severity of the wave that pushes across the continent. It reveals very impressive temperature anomalies even for eastern Canada and north United States, which are used to extreme cold in mid winter. 20-30 °C below average is very extreme and quite a rare occurence! 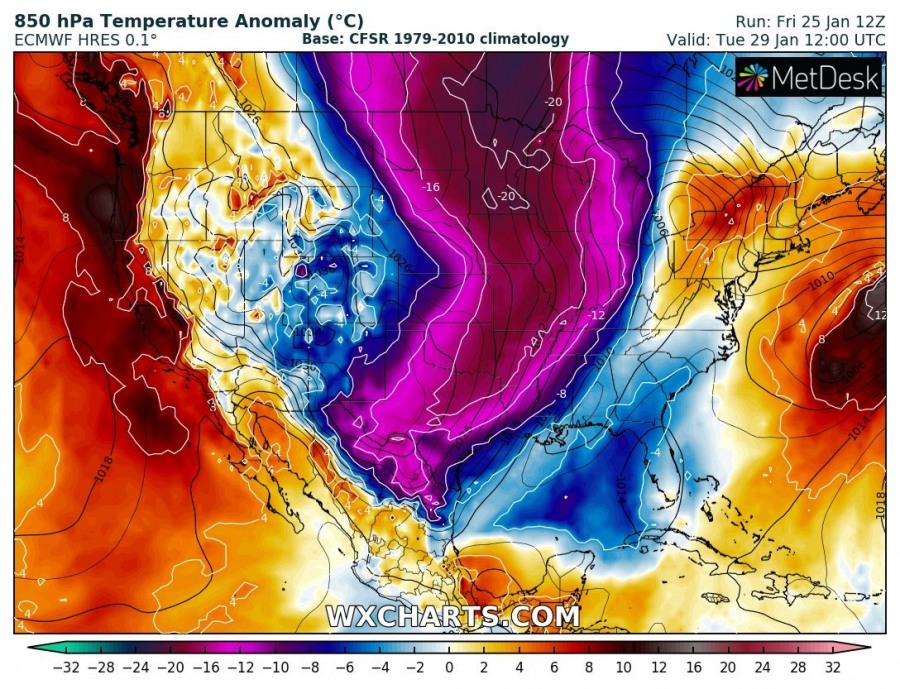 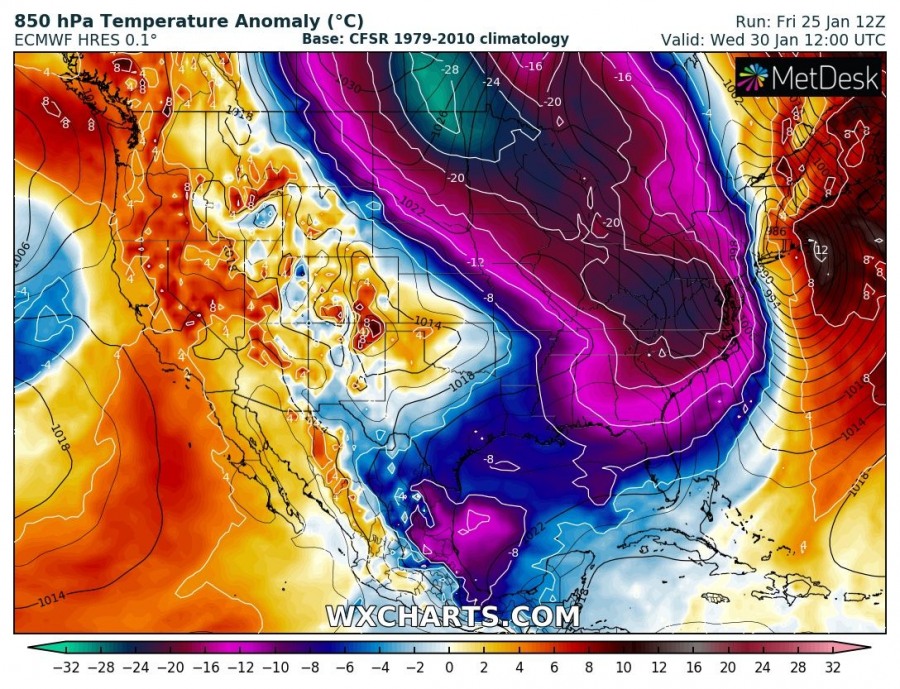 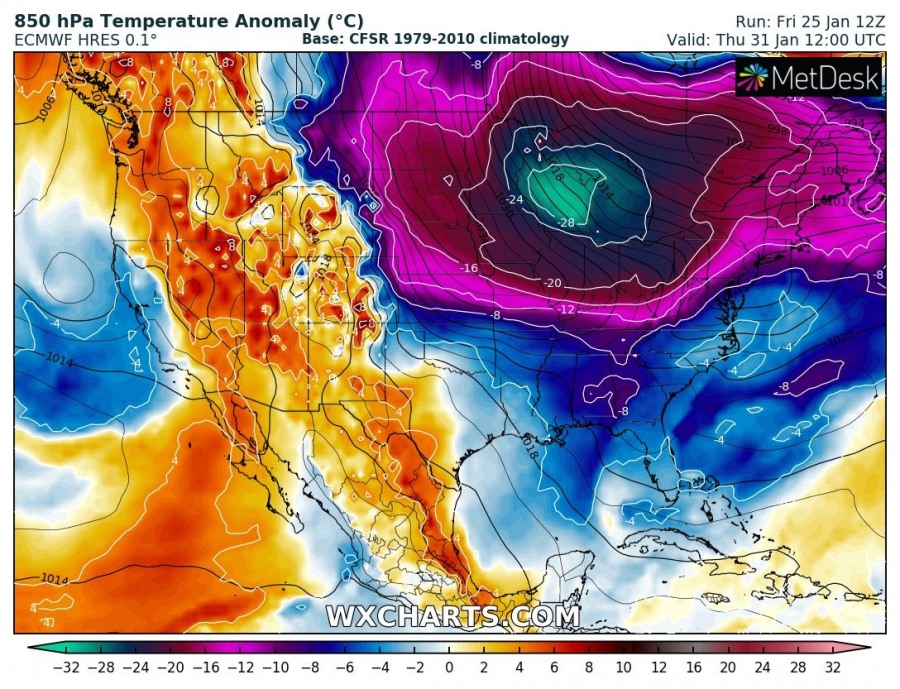 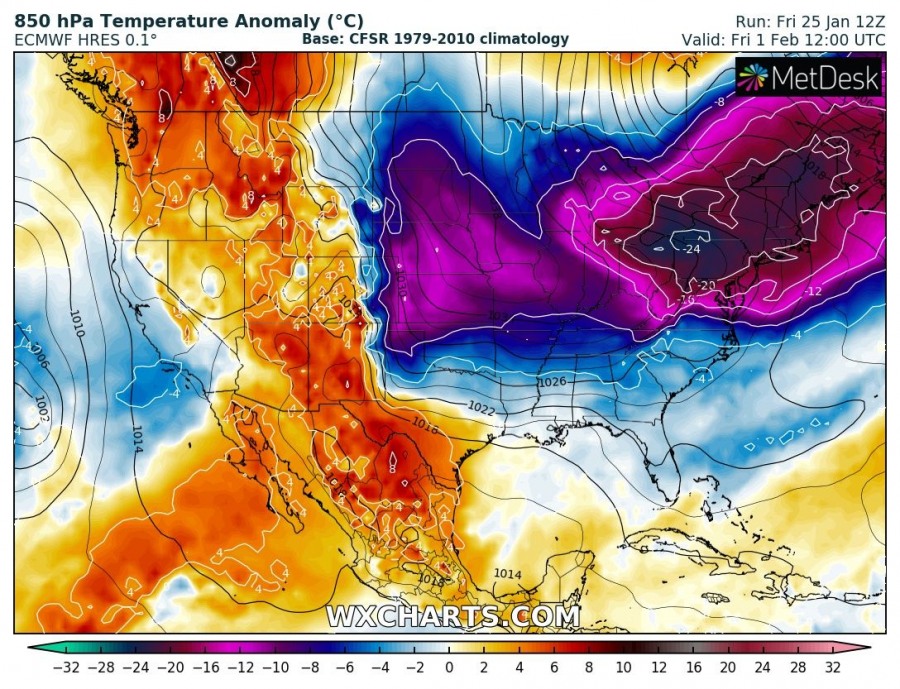 The cold will literally be brutal, especially on Jan 30th, when the peak of the wave will be moving across eastern North Dakota, Minnesota and Wisconsin. An impressive -43 °C at 850 mbar level pushes  into the region, resulting in near-surface temperatures close to -40 °C / -40F in many populated areas. Together with strong northwest winds, this will create life-threatening situation with extremely low windchills – locally towards -70F, or -57 °C !! 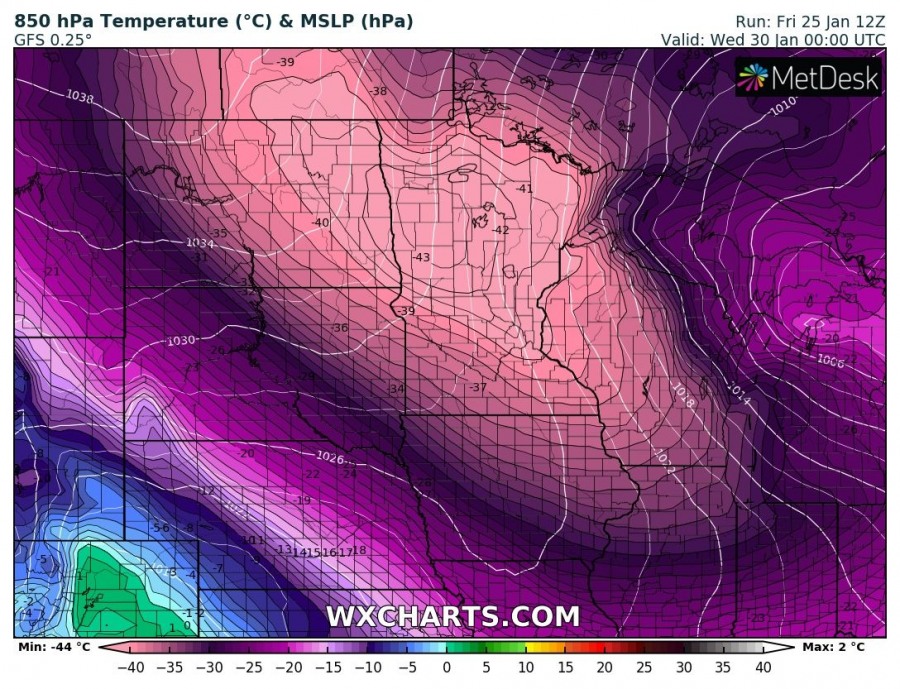 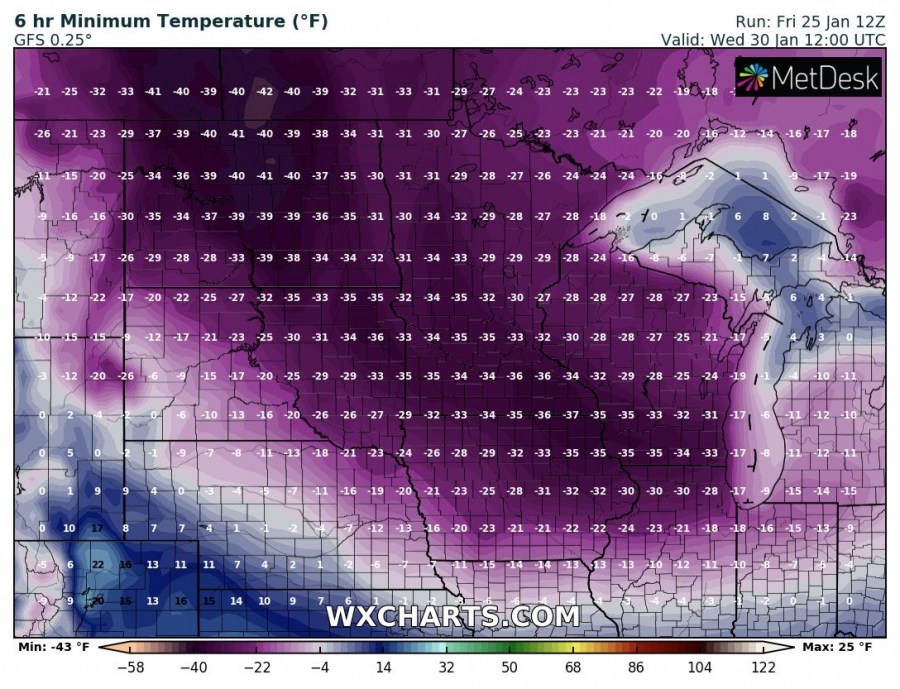 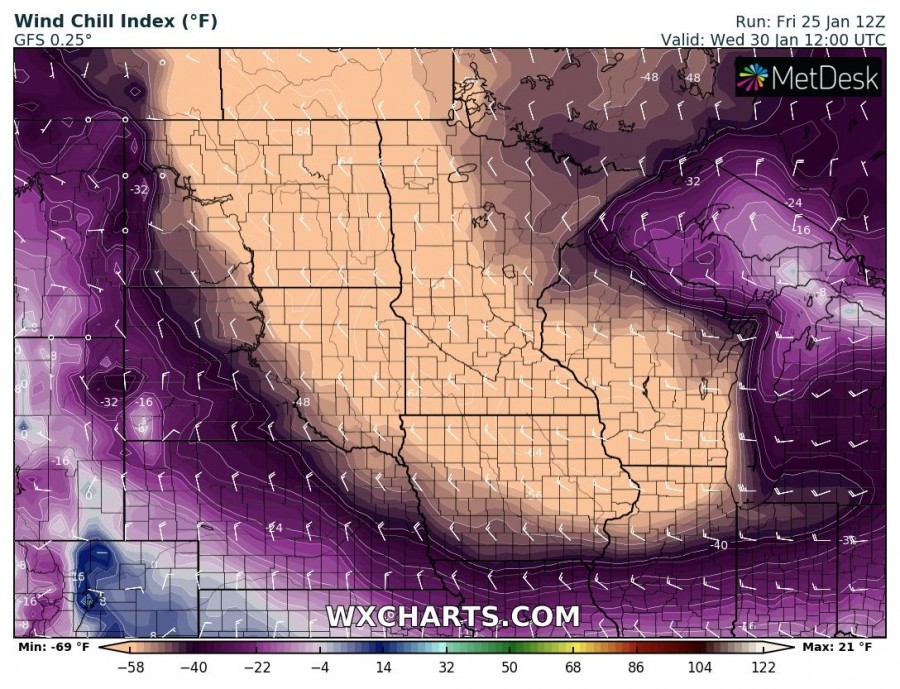 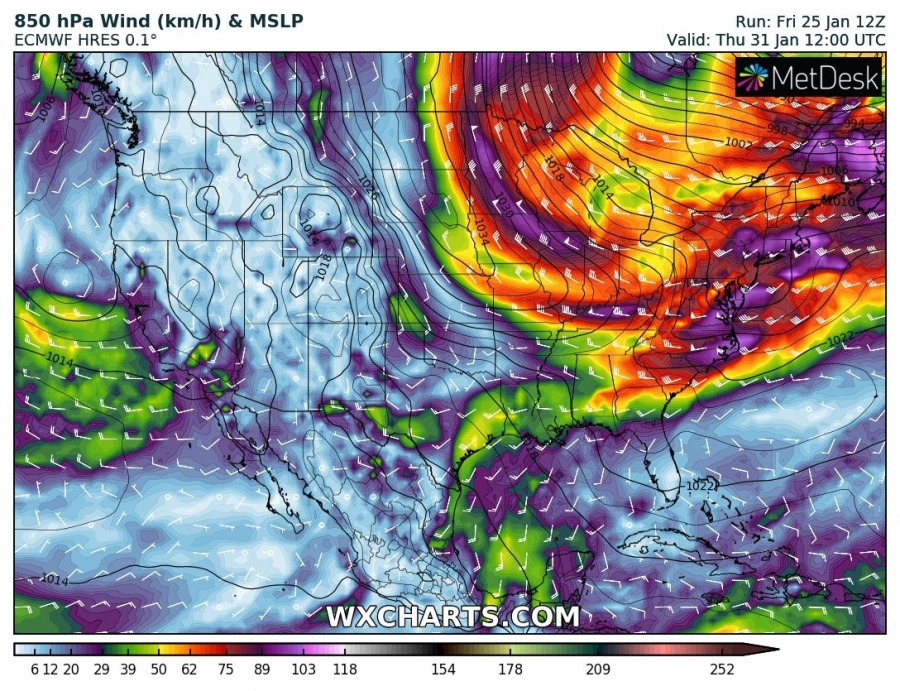 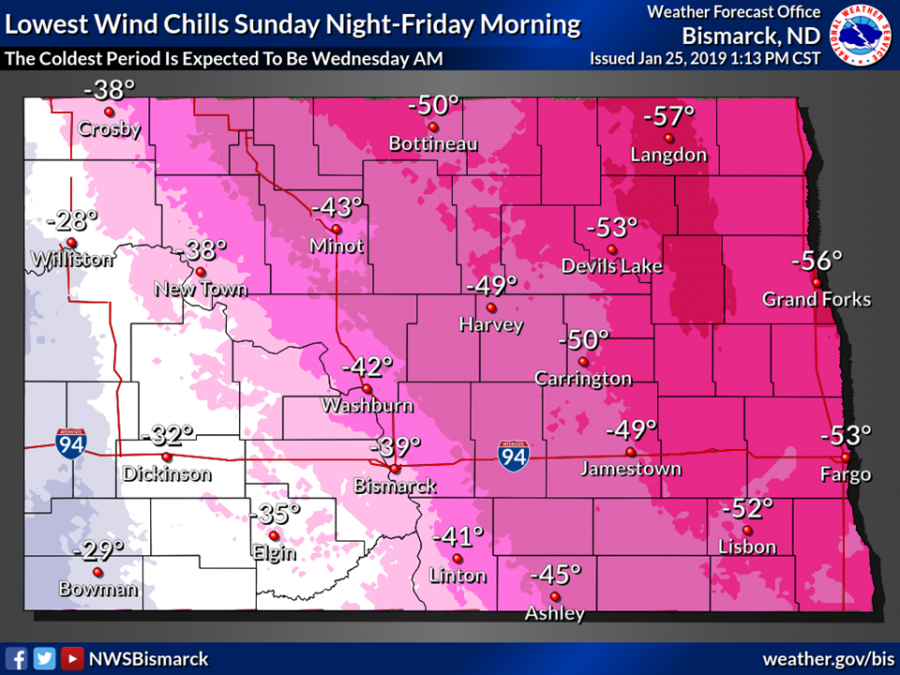 Stay tuned for additional follow-up posts in the coming days!