The current pattern across Europe indicates a trough moving across central Europe and Mediterranean where it transforms into an upper low tomorrow while moving towards the Balkan peninsula. 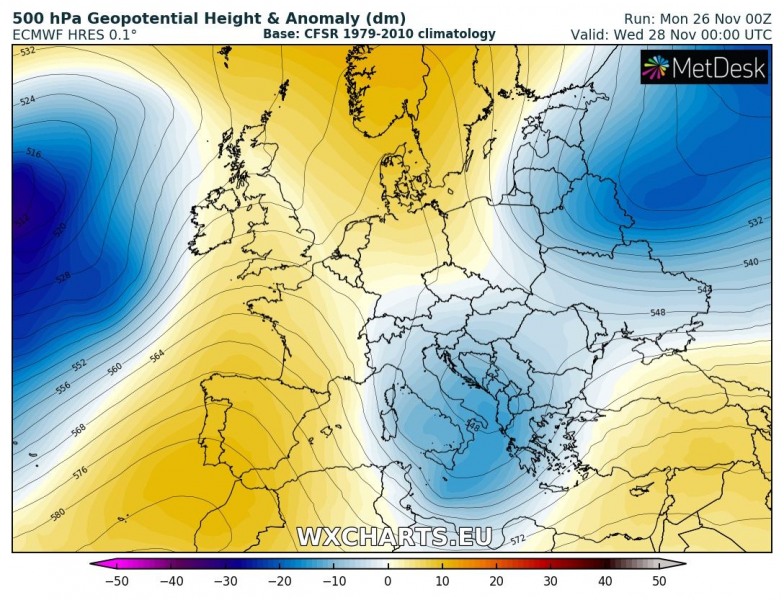 Various high-resolution models are hinting in again excessive rainfall which will locally result from both convective and orographic precipitation. The most excessive rainfall is expected across the Calabria region in south Italy and especially acrosss Montenegro, Albania and western Greece – rainfall totals until Wednesday night could reach near 200 mm per 48 hours! Despite the overall less robust cyclone with only weakly unstable airmass and marginal shear present over the region, some storms could still potentially bring intense rainfall and severe winds. 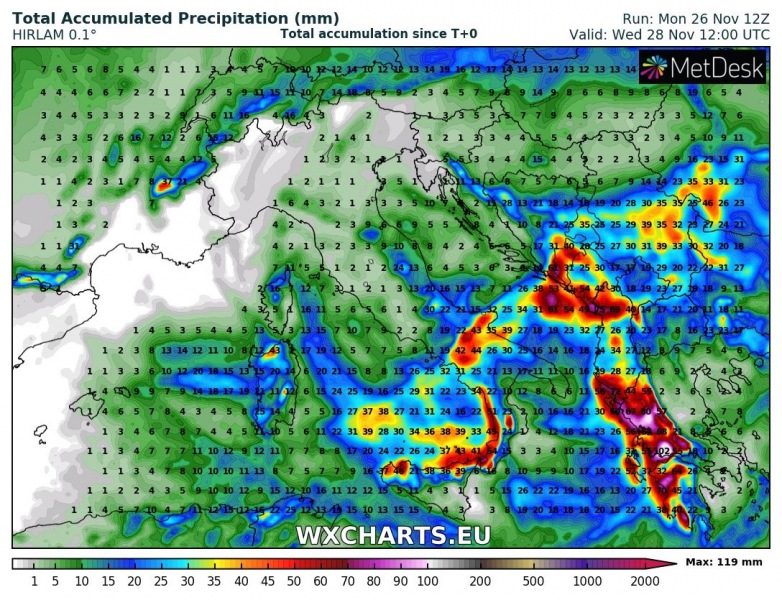