Some pretty spectacular sight over the North Pacific ocean today – ship tracks. These narrow clouds are formed along the exhaust of the traveling ships across the ocean. Ship tracks are best seen on the visible satellite channel.

Note: Ship tracks are low/mid-level clouds that form around the exhaust released by ships into the stable marine layer above the ocean. Water molecules collect around the small particles-aerosols from the ship’s exhaust. Clouds then form as more water accumulates around the aerosols. As the ships are moving across the ocean, the aerosols are stretched over a long narrow track along the ship travel routes. The result is the ship track of clouds.

The NOAA OPC surface analysis over the North Pacific reveals there are three deep lows ongoing, one huge cyclone over the Bering Sea while the other two are further southeast over the North Pacific. To the north of the lows, a large high-pressure system is placed. In between them (roughly in the area between 150-160W and 40-50N), a large marine stable layer is trapped. 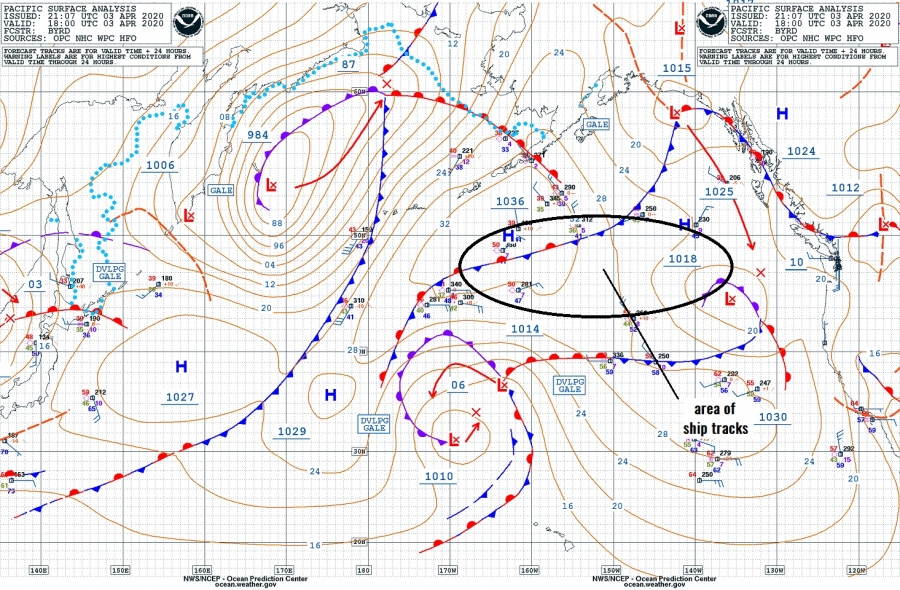 A wider view of the North Pacific, the marine layer and ship tracks are located to the south of the cold front, associated with the surface low in the Gulf of Alaska. And to the northeast of a deep low further south of the front. 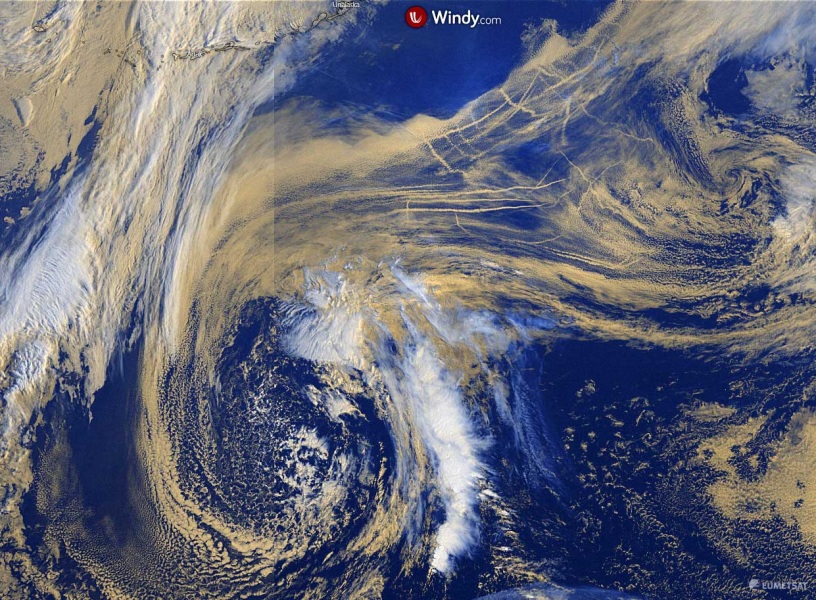 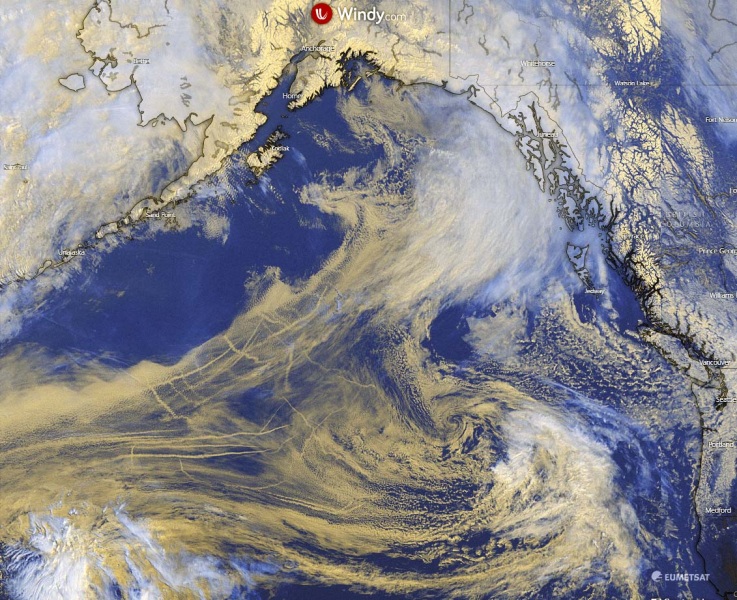 Visible satellite channel is revealing numerous ship tracks across the marine layer, crossing the area in various directions – indeed, related to the track of the ships. Close-up view: 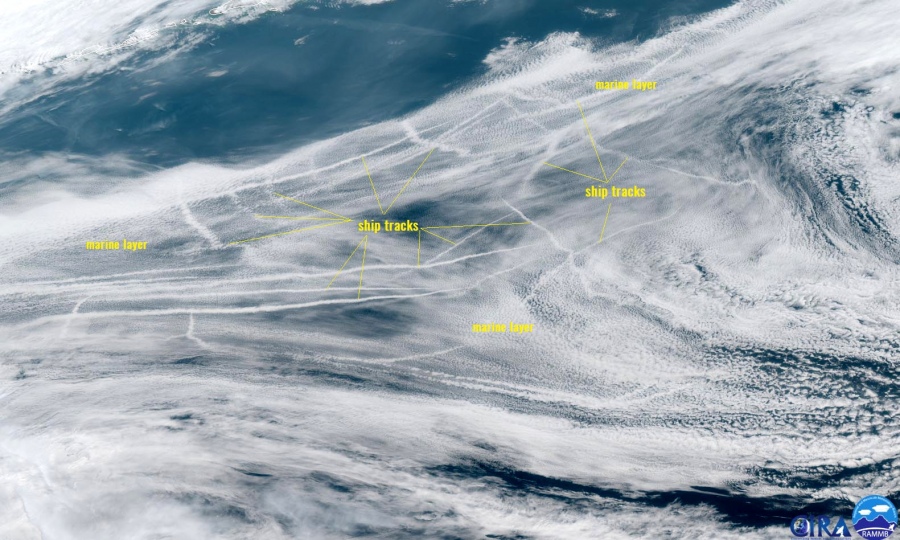 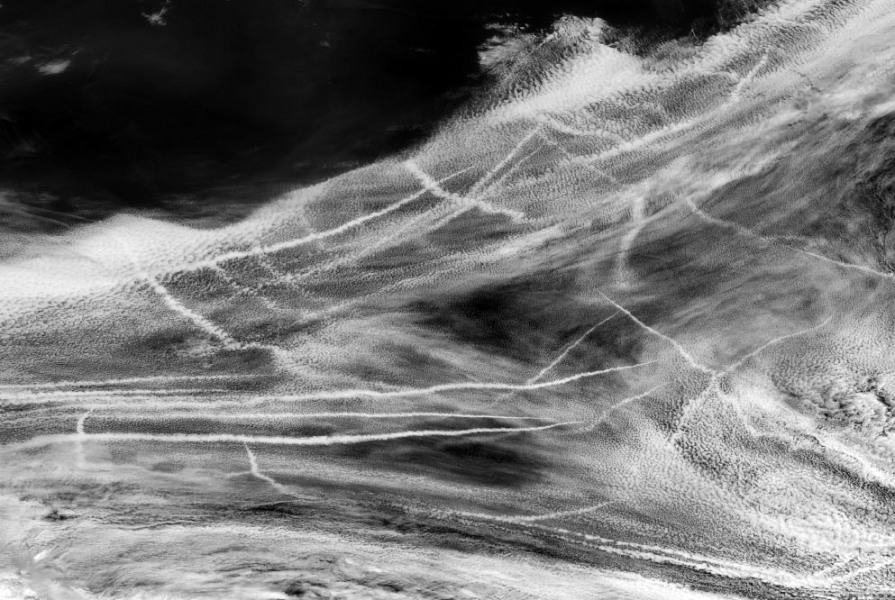 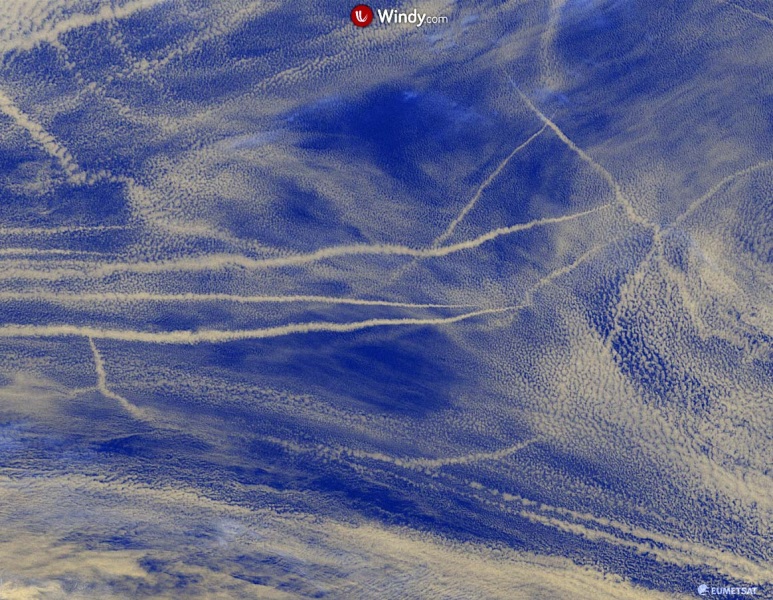 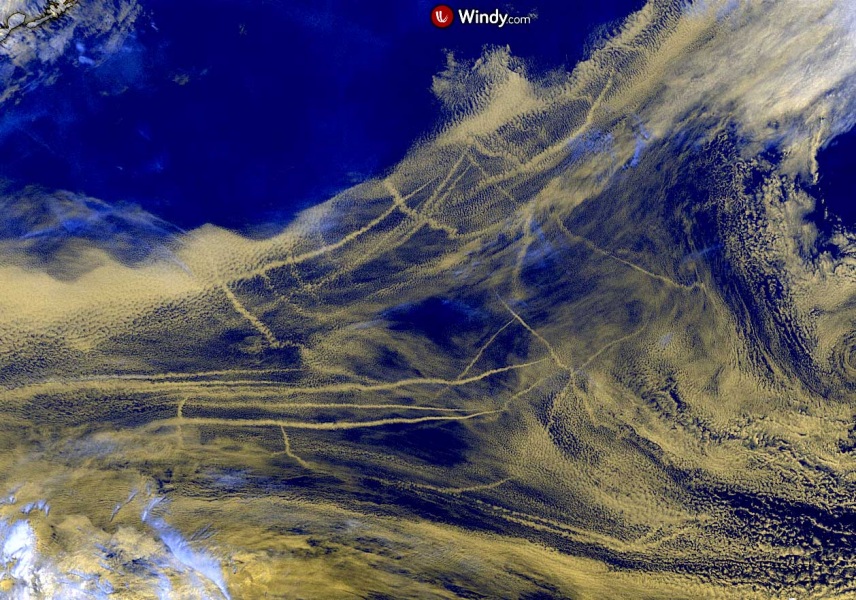 See also – impressive satellite presentation of several frontal systems aligned from the US across southern Europe into the Middle East a few days ago: