Australia is on the verge of a record drought! Abnormally warm and very dry spring over the eastern and northern parts has already caused water shortage and widespread bushfires. The country is about to enter summer, where the conditions will just get worse

Spring in Australia was marked by heatwaves, record low precipitation, and bushfires. The official analysis for the past months shows much of the country had below-average rainfall. Some parts in the east/southeast even had record low precipitation, while for most of the country, the rainfall total did not even reach 20-40% of the seasonal average. Graphics are from the Australian Bureau of Meteorology.

Dry hot weather means an increased risk of fires. The fire season in Australia is currently up to a high start. Looking at the fire report data, we can see that the NSW (New South Wales) region shown on the graphs below, is at the highest fire numbers for at least the past 20 years. The second graphic shows the active fires in Australia over the past 72 hours. 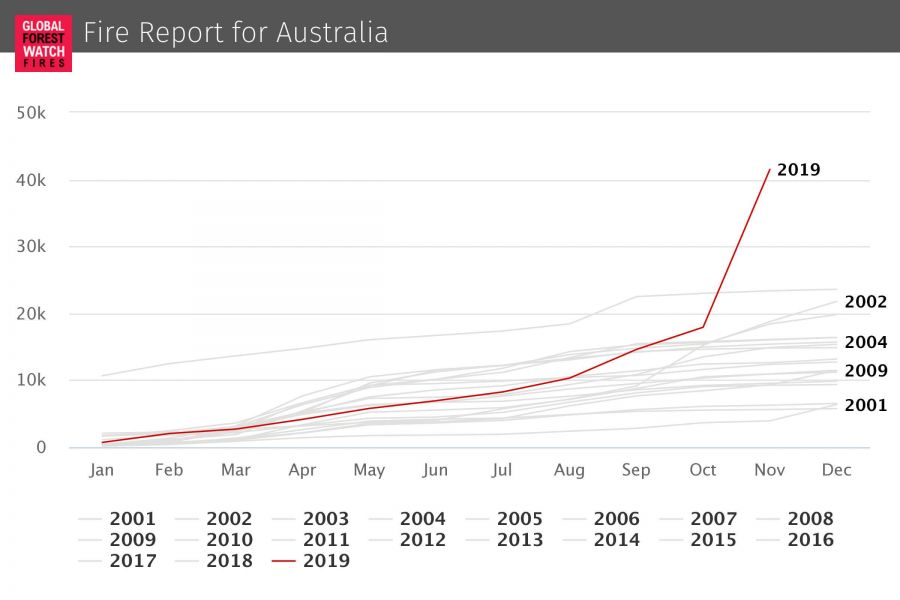 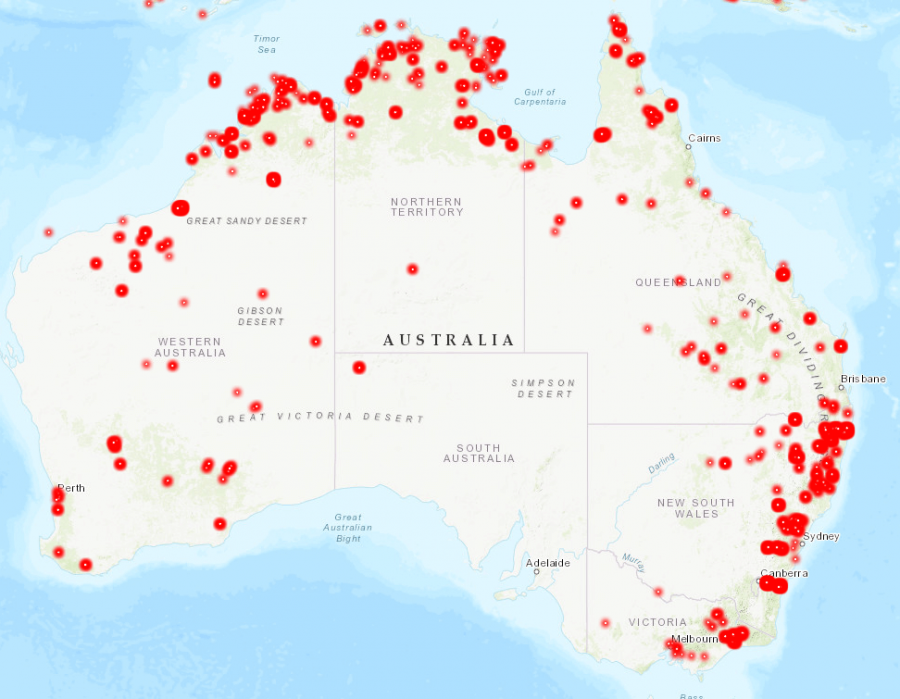 The bushfires already caused immense destruction, with millions of hectares of forests and vegetation destroyed. Fires were so intense that the smoke was easily seen from space. Smoke particles even circulated the hemisphere and reached all the way to South America and caused visible haze in New Zealand. Images are from NASA/GMAO. 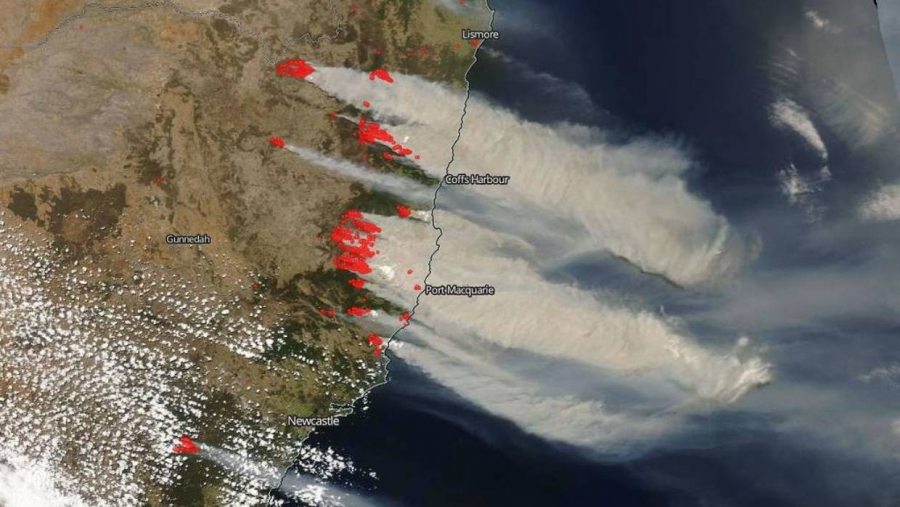 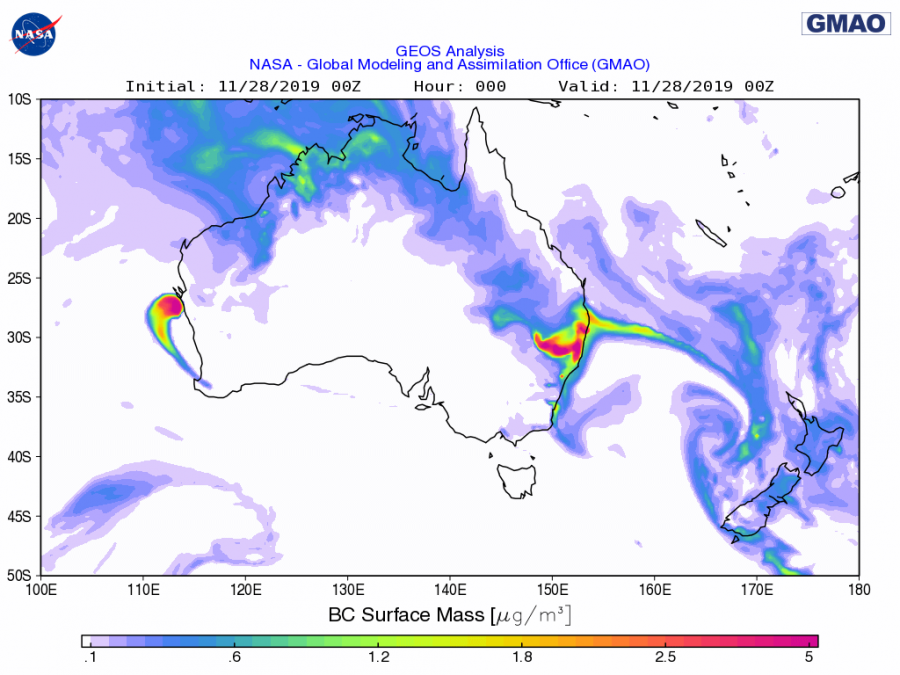 Black carbon is harmful to humans & it can accelerate ice melting. The thing about climate change is, the worse it gets – the worse it gets, creating feedback loops that speed up the #ClimateCrisis pic.twitter.com/keOrpZi2Od

This was all in the spring season. In summer, the conditions can usually get worse, as temperatures get higher, days longer and land dries even quicker. The latest seasonal forecasts show an abnormally hot summer, and dry in the eastern half of the country is about to start. This is of great concern, as it will prolong the drought and fire crisis in Australia, more profoundly in the eastern half. 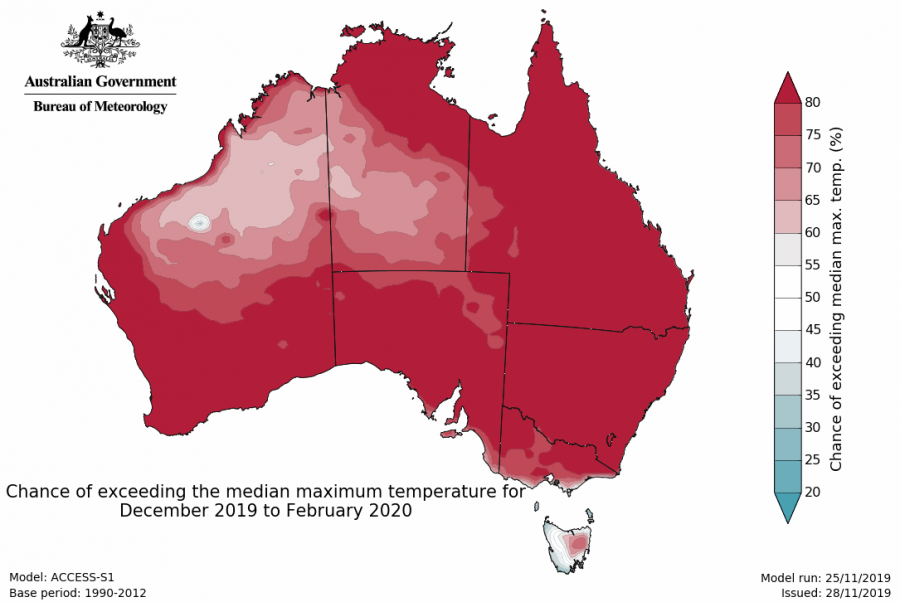 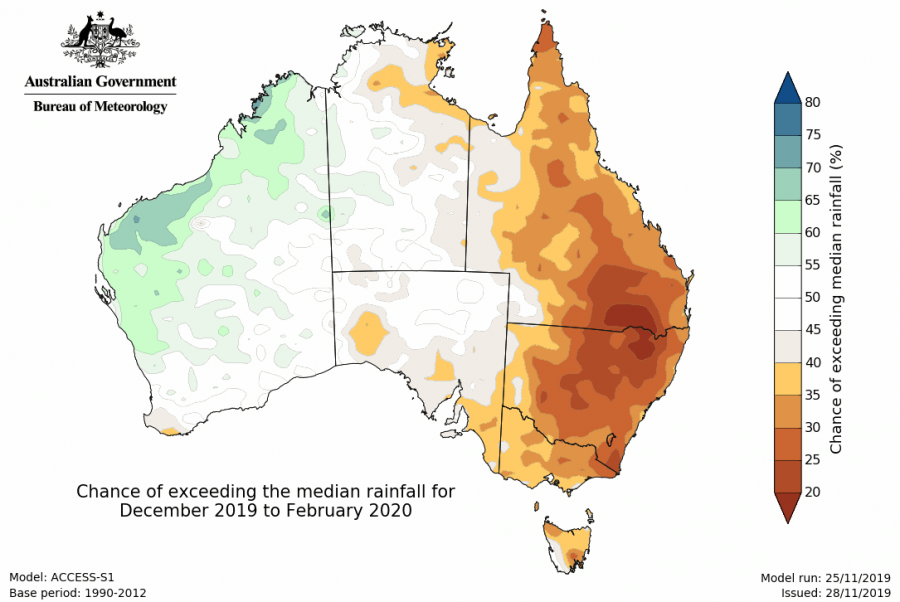 Who or what is to blame for all of this? Forest fires and droughts are not uncommon in Australia, and happen every year, but with different intensity. The main culprit this season is the record strong Indian Ocean Dipole (IOD). We already wrote about the record strong IOD, where you can learn more about this event and why it happens. The effects of IOD usually wear off towards the end of spring as the tropical circulation starts to change and the monsoon season starts. But the IOD event this year was unusually strong, actually strongest on record, and is expected to prolong its influence into the summer season, so severe drought conditions will extend into next year. Graphic below shows the IOD index values still at high levels. The sea surface temperature analysis for the Indian Ocean where clearly shows the two dipoles (colder/warmer) of IOD. 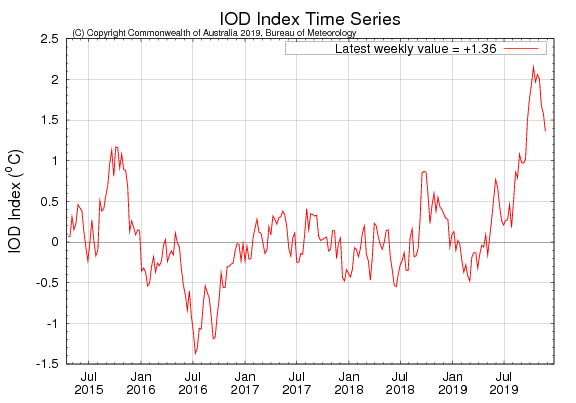 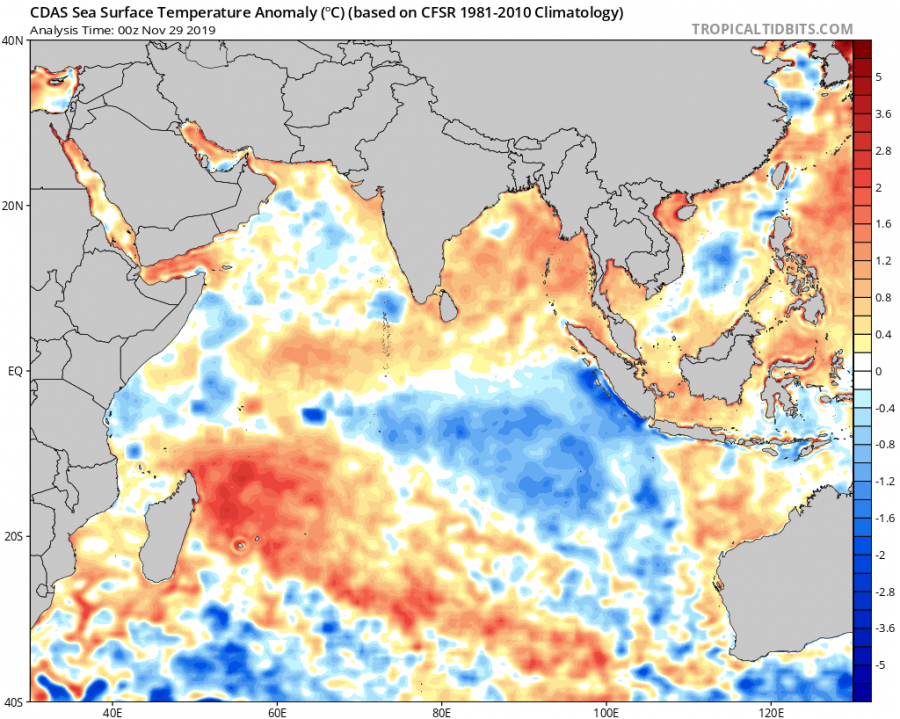 The analysis of previous positive IOD events shows its main influence on the climate of Australia, so mostly warmer and drier conditions are expected. Especially this season as the IOD was at record positive strength. 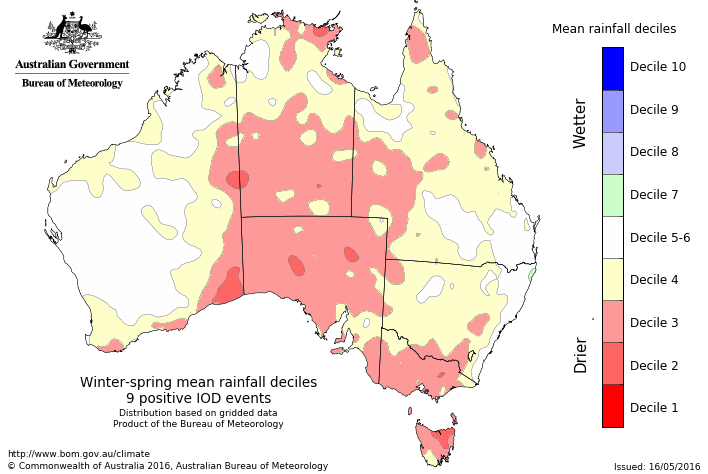 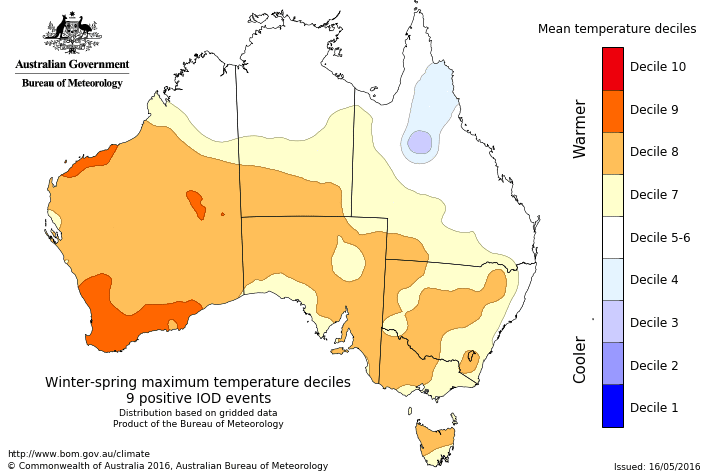