Winter 2018/2019 was generally warmer than average across much of Europe, it was only slightly cooler over parts of the Mediterranean region. The winter average pattern was characterized by strong upper ridging and above normal surface pressure over the western and northern half of the continent, North Atlantic (Greenland and Iceland) and Russia. The Mediterranean and the Balkan peninsula were often under upper troughs / lows and resulted in a strongly negative anomaly of surface pressure. 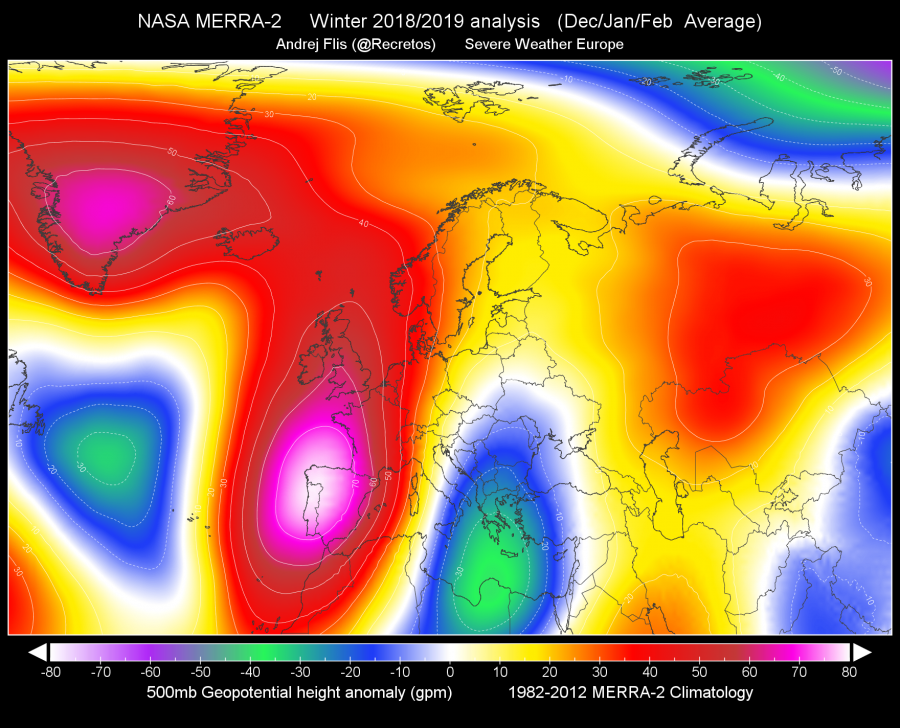 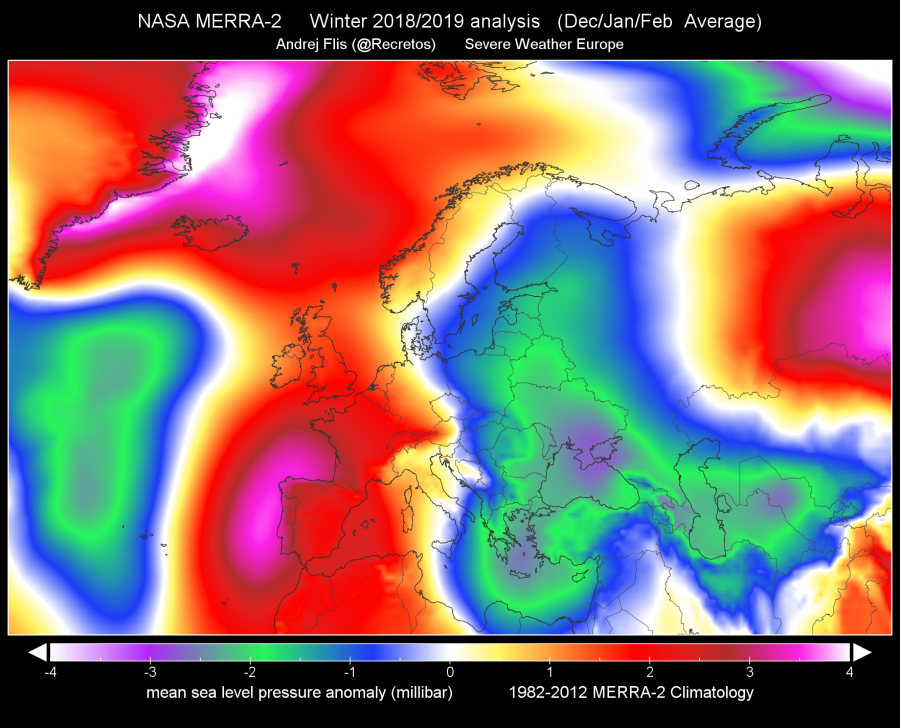 Let us take a look at 2 m temperature anomaly across Europe: the difference in average temperature from long term (1982-2012) average.

December (2018) was significantly warmer across much of Europe, except in parts of southeastern and far eastern Europe. It was the warmest in Germany, parts of the Czech Republic and western Poland, where temperatures were about 3 °C above long time average. Also 2-3 °C above average were the United Kingdom, Ireland, Spain, France, Switzerland and Benelux. Fennoscandia was about 1 °C above average. Meanwhile western Russia was 1-3 °C below average, while southeastern Europe was just slightly below average, up to 1 °C cooler. 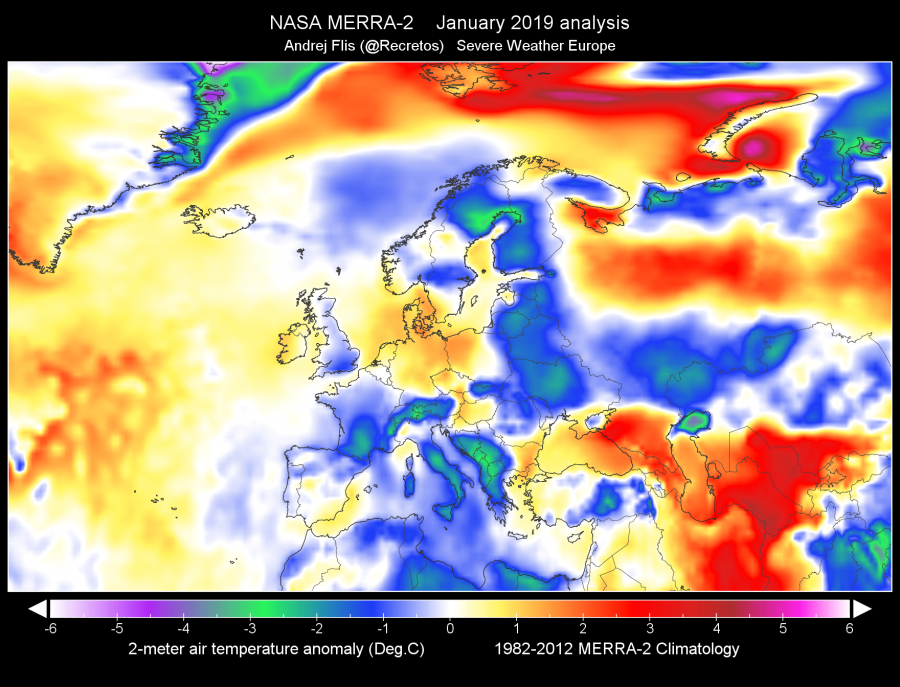 In January temperatures became much colder across much of the continent. Only central Europe remained slightly warmer (about 1 °C) than average, while parts of northern eastern, southern and western Europe were up to 3 °C colder than average! In particular, much of the Mediterranean cooled from above average in December to well below average in January: much of Italy and the western Balkans dipped down to 2-3 °C below average. 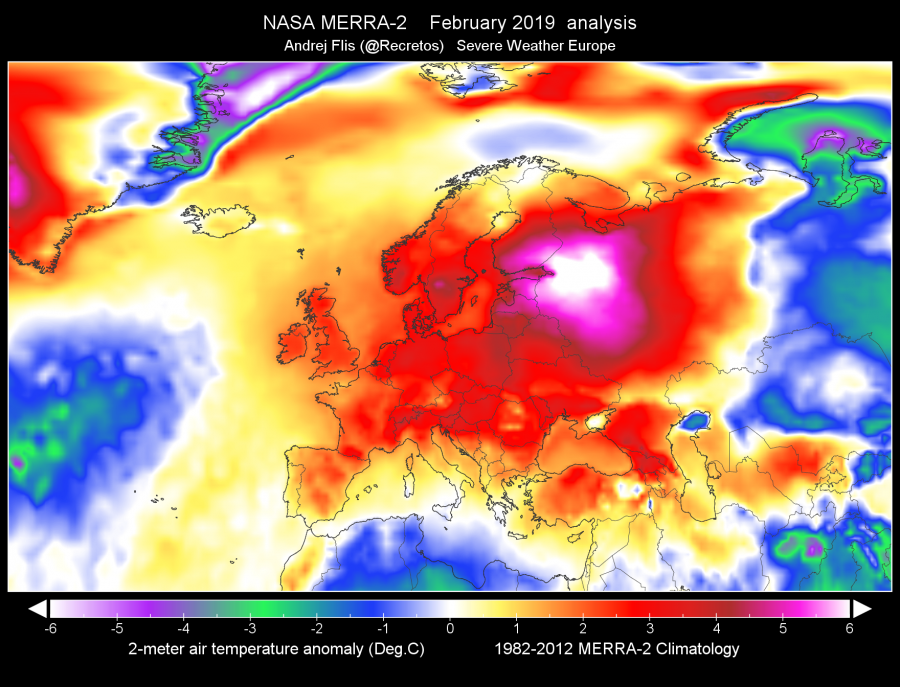 A fairly cold January was followed by a scorching February. The whole of Europe was warmer than the 1982-2012 average. The most extreme was the northeastern part, including parts of northwestern Russia, southern Finland, Estonia and Latvia – with temperatures about 5-6 °C above average. Much of the remainder of Europe was about 2-4 °C above average, only parts of extreme southern Europe were close to average. Also, note the very cool weather in northern Africa!

Overall winter was warmer than average for much of Europe. The warmest was central Europe, about 2-3 °C above average. Only parts of south and southwest Europe (central and southern Italy and the western Balkans) were cooler than average, by about 0.5-1 °C. 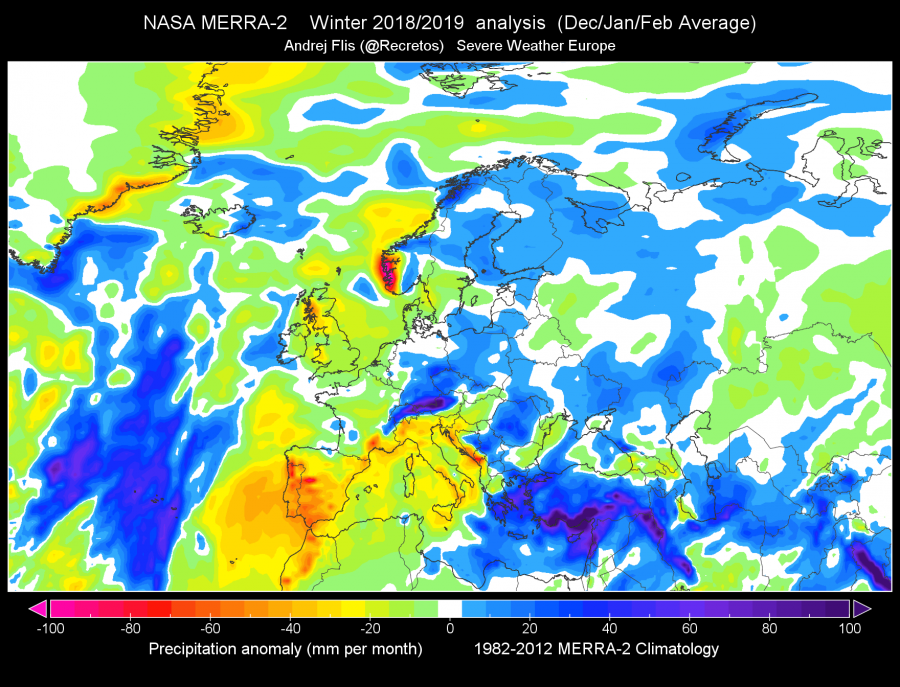 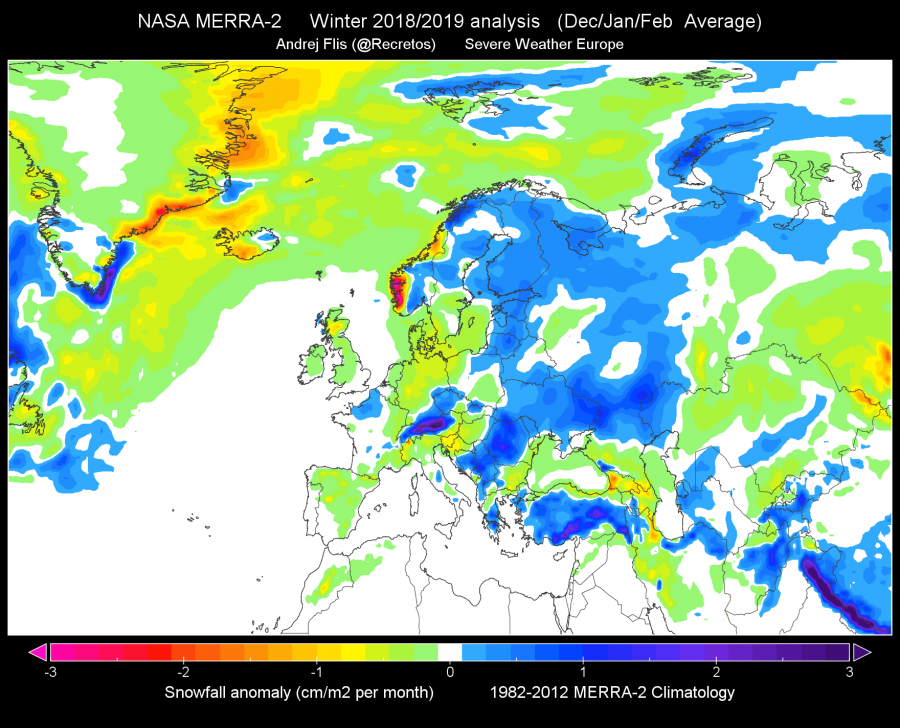 The situation with snow is very similar. Note the extreme amounts of snow across the northern Alps! 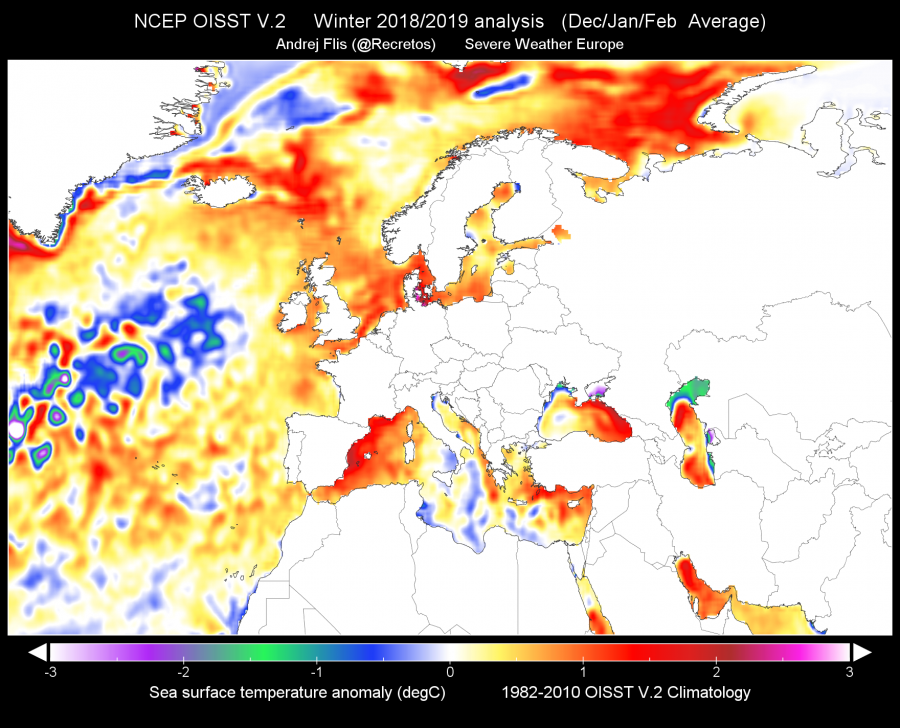