Tropical Cyclone KYARR has become an exceptional system today, revealing an impressive symmetric structure with textbook outflow in the upper-levels. As of 12 UTC today, Kyarr was packing maximum sustained winds of 135 knots / 155 mph / 250 km/h – a borderline Category 5 strength! The estimated central pressure was at 923 mbar. Kyarr is the strongest cyclone since Gonu in 2007, which was the only Category 5 Tropical cyclone over the Arabian Sea in recorded history. There is a short window of 12-18 hours when Kyarr could eventually strengthen into an official Category 5 cyclone! Kyarr is heading WNW towards Oman (Arabian peninsula), but the current trends suggest it will turn SW on Wednesday and do not have landfall in Oman.

Satellite imagery today is indeed very impressive with a perfectly symmetric core structure, visible mesovortices in the eye and dual outflow channels across the NE and SW quadrants. 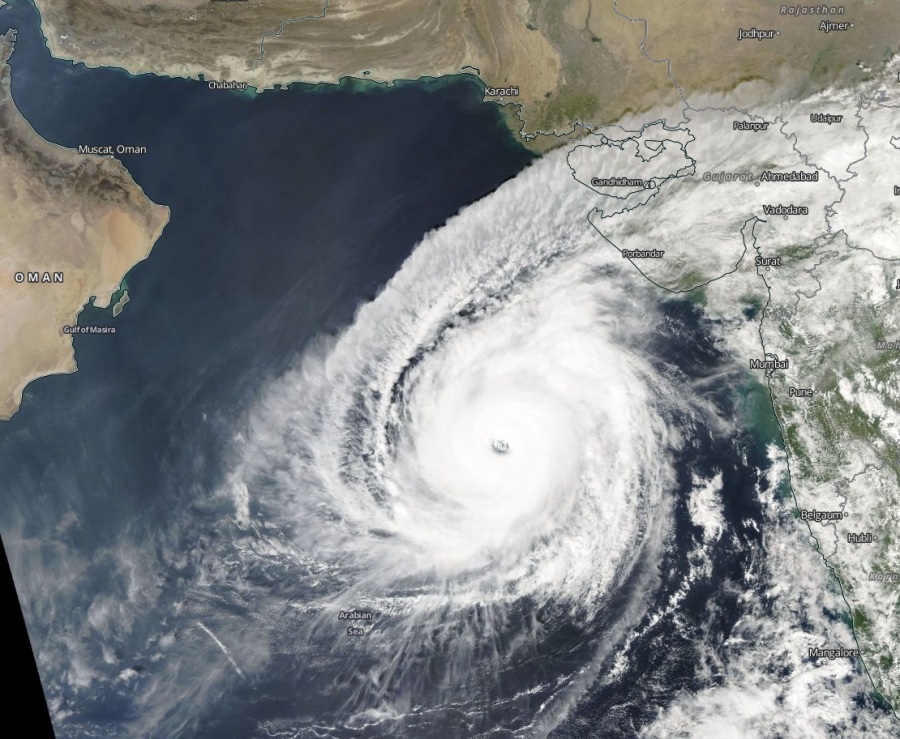 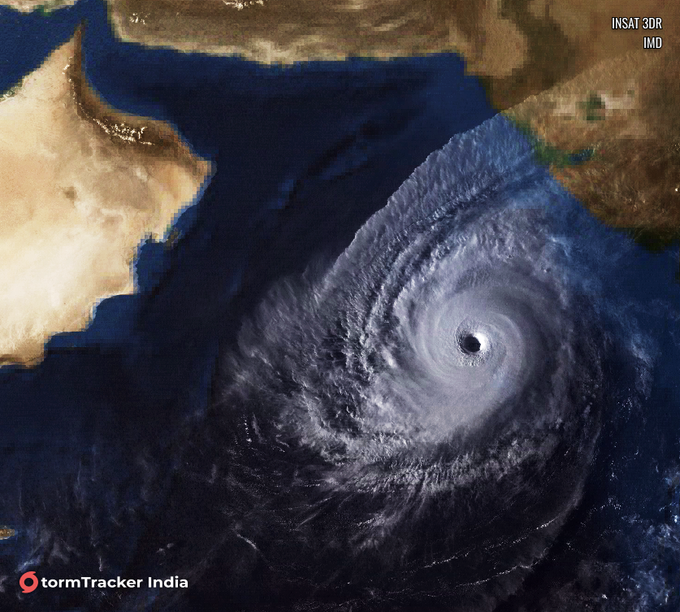 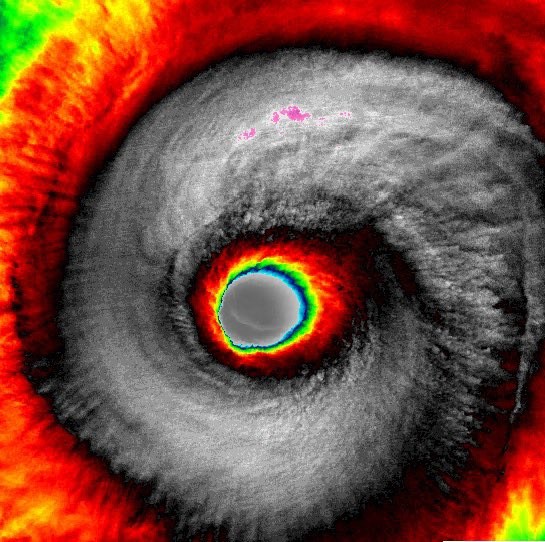 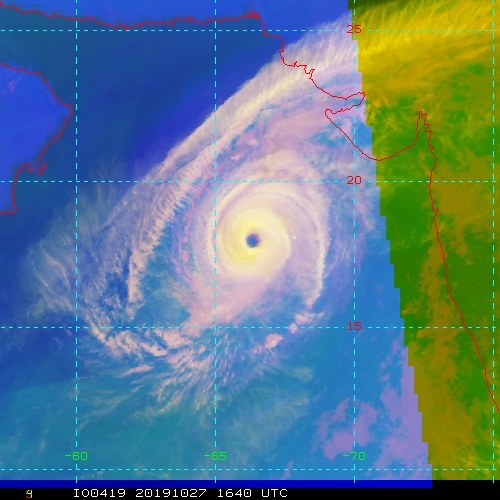 Latest Ocean Heat Content (OHC) forecast map suggest sea surface conditions will remain favorable for maintaining and some additional strengthening of Kyarr for another 12-18 hours, until Monday morning, Oct 28th. HWRF model is hinting even lower central pressure of around 915 mbar and maximum sustained winds between 130 and 135 knots – that is on similar strength Kyarr currently is. After tomorrow, the gradual weakening of the cyclone is likely as wind shear increases and Kyarr arrives into cooler waters near the Arabian sea. 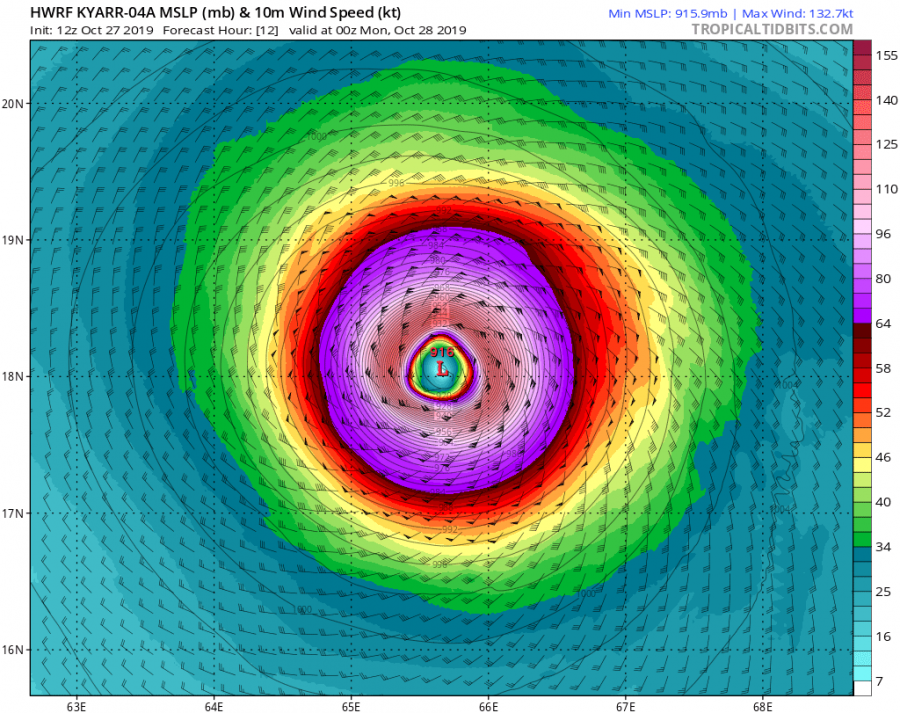 The further JTWC track of Tropical cyclone Kyarr suggests it will continue its slow-moving towards WNW until Wednesday morning when it starts its WSW turn and continues south of Arabian peninsula (Oman). At this moment, landfall in Oman is not expected. Kyarr should at least maintain a 135 knots / 155 mph strength until tomorrow, but could indeed develop even stronger winds tonight.

Stay tuned for additional updates – we are closely monitoring Kyarr’s evolution if it becomes a Category 5 tonight!