Pablo has been designated as a tropical storm, but it has a rather small area of circulation.  Tropical storm winds extend only 50-60 kilometers outside of the core. It looks rather small on the satellite imagery, seen as a smaller swirl of convection, embedded in the larger scale cyclonic circulation. Top winds are currently 75-80 km/h around that inner swirl. The latest satellite imagery even suggest a small eye-like feature. 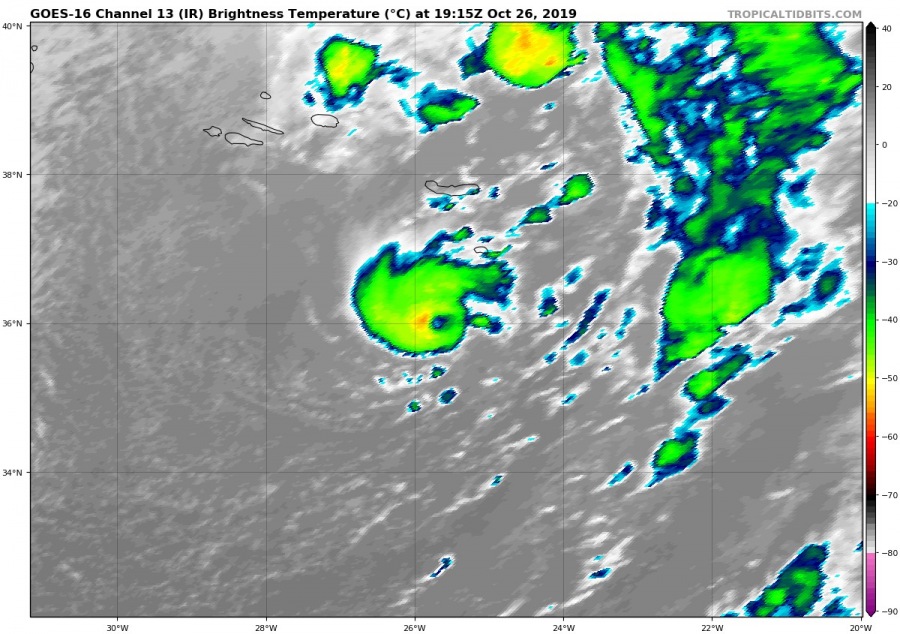 Official outlook from the National Hurricane Center has Pablo as a tropical storm, reaching the east Azores tonight as a tropical system! The projected path of Pablo takes it east, before turning northeast over Azores, converting it to a post-tropical system and moving north. Model forecast shows that main wind field will be in the SE quadrant. That means that peak winds will be on the opposite side of the Azores. Peak winds in the SE quadrant are forecast to reach between 80-110 km/h. That is the highest forecast for this system, while the model average is around 70-90 km/h. 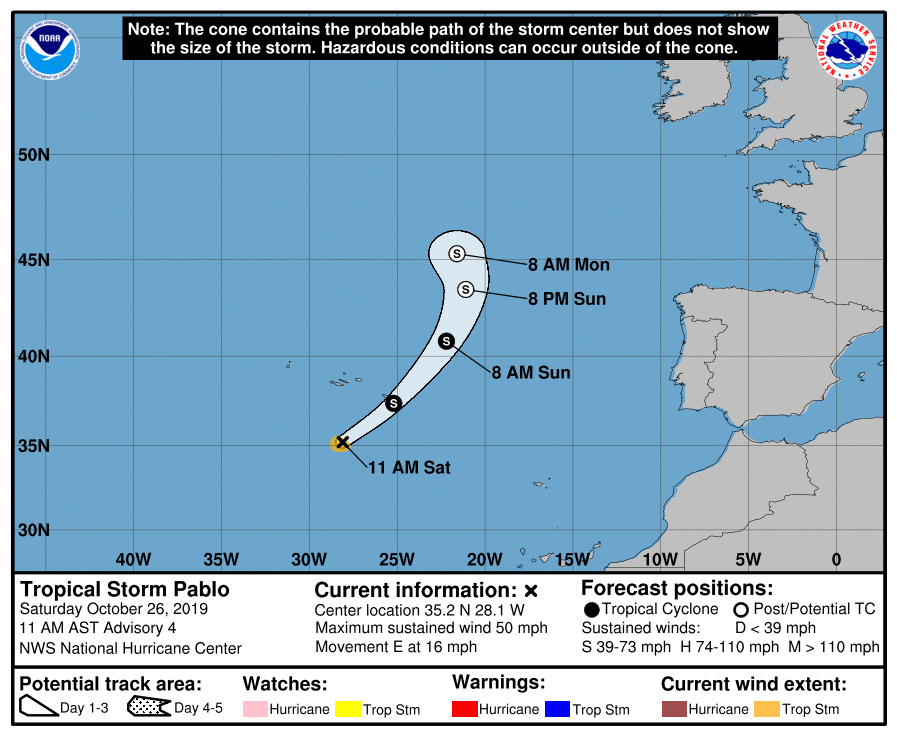 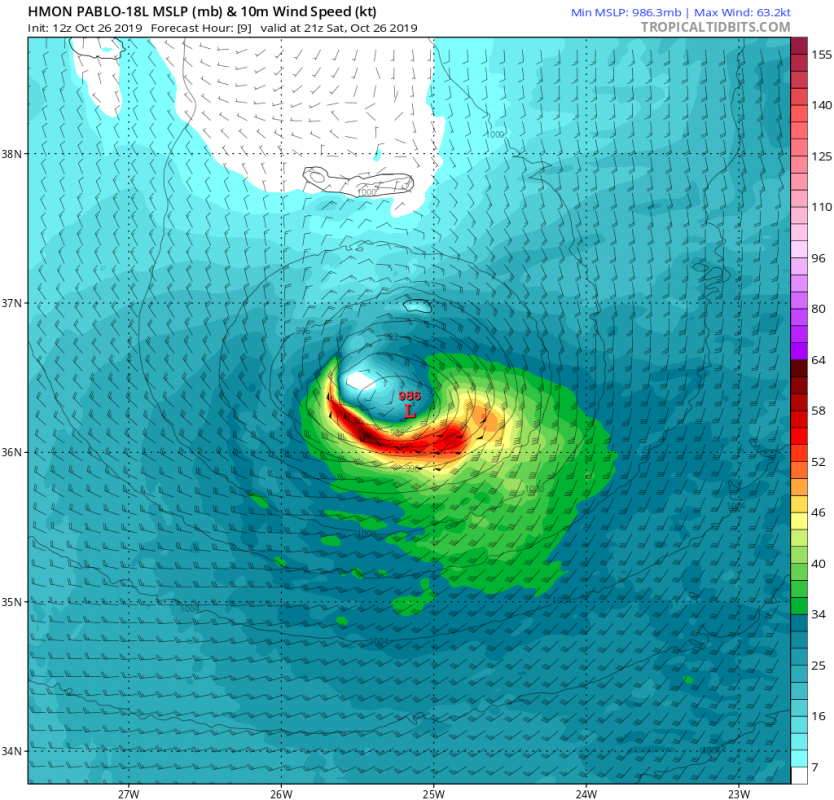 GEFS ensemble forecast takes Pablo past Azores and then towards north, where it will be consumed by the stronger low pressure system coming from the west across the Atlantic. 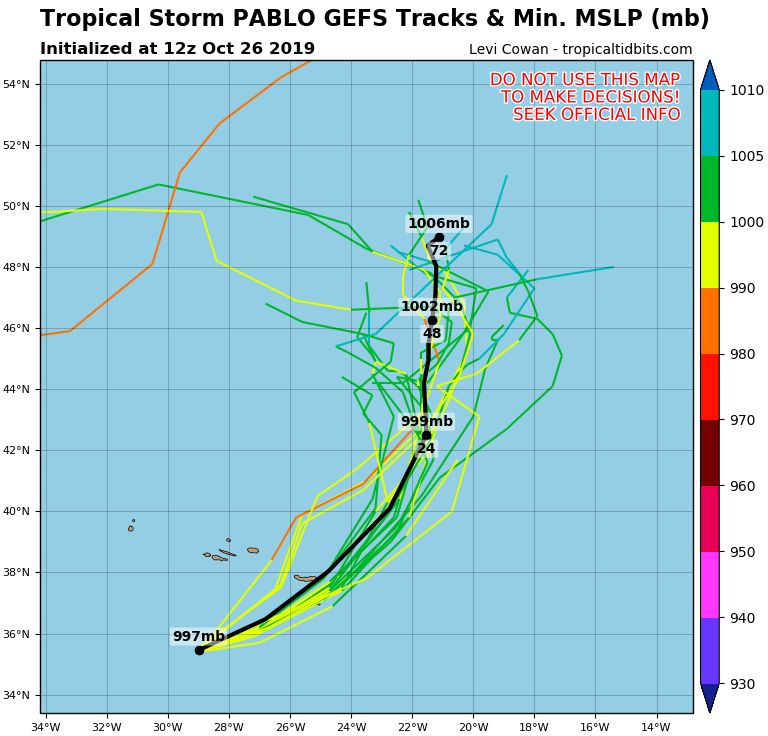 Water temperatures are not warm enough for Pablo to be better organized, combined with strong wind shear from the upper low system where Pablo is embedded in. Still, the upper levels are cold enough, and waters just warm enough for instability and thus proper convection to develop around the core. 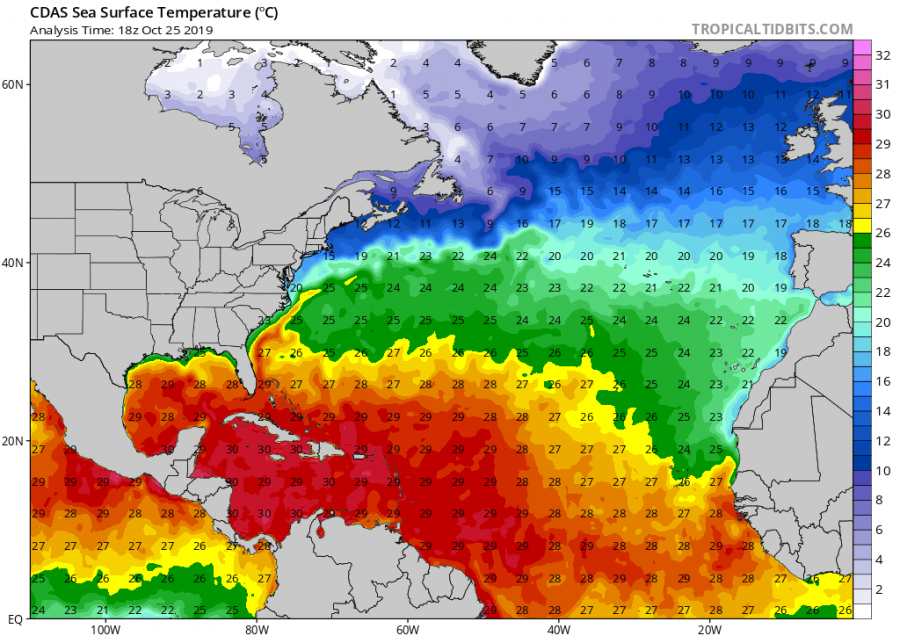 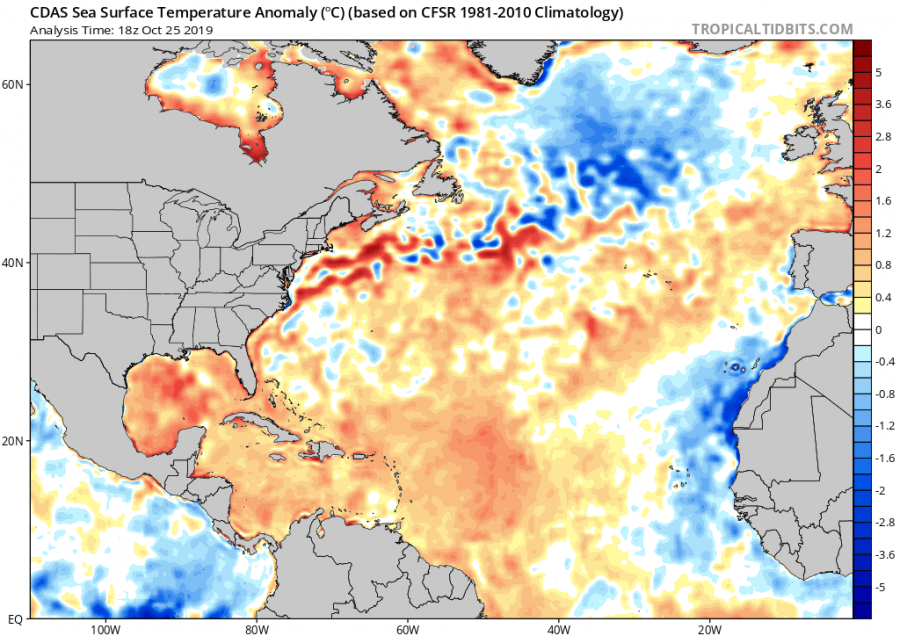 Pablo is not a particularly dangerous event, but is special, as a rather small tropical system later in the season, developing within a rather large low pressure system.

See also – another powerful tropical system is ongoing in the Arabian sea!