Typhoon Trami, a former monster CAT 5 Super typhoon last weekend, has weakened due to interaction with less favorable sea waters and more shear closer the Asia this week. However, this very large typhoon is still very impressive in satellite imagery. Trami is expected to cross Ryukyu Islands and make a very close pass to Okinawa on Saturday at CAT 2 / 3 strength. It will then track towards Japan with higher speed and bring extreme amounts of rainfall and devastating floods potential.

Evening satellite imagery of Trami – notice the very large eye and still quite symmetric shape of the whole typhoon. 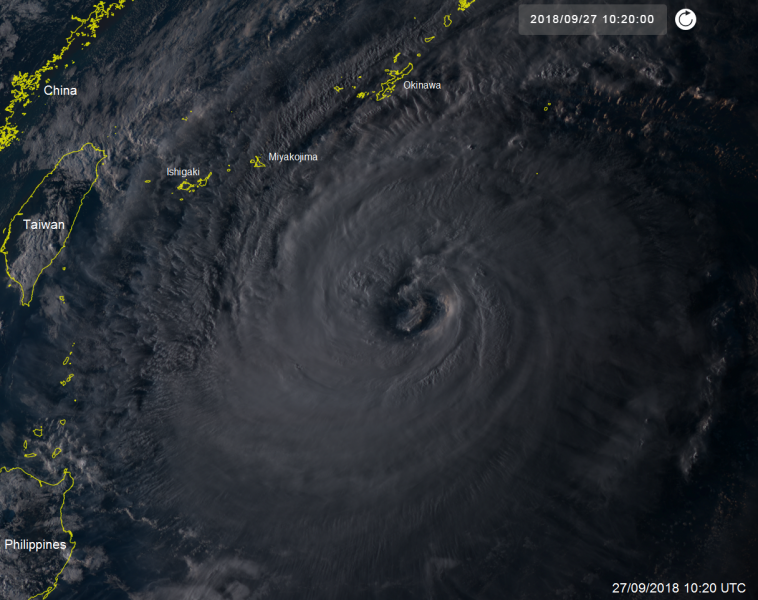 The future track of Trami. First it passes over Ryukyu Islands and then accelerates towards Japan and makes landfall on Sunday, Sept 30th.

Trami will be moving just over Okinawa on Saturday, depending on the position of the eye, the island could get hit very hard if the strongest eastern part of the eyewall hits the area. Hurricane force winds, storm surge and flash floods would be devastating.

Peak wind gusts swath per GFS model – could bring gusts in excess of 200 km/h. Notice also a new typhoon forming further SE of Trami which could potentially become another strong typhoon next week. 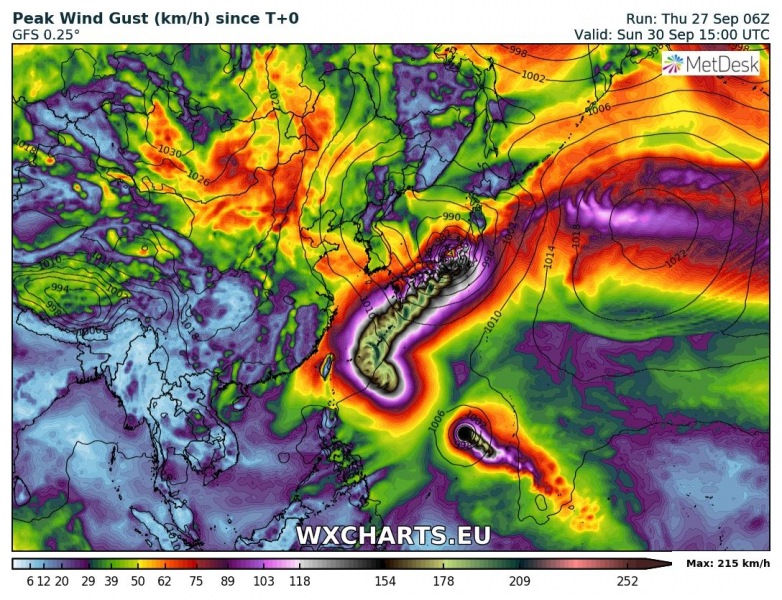 Rainfall sums until Sunday, more than 800 mm of rainfall is possible. This could bring catastrophic flooding in places across the southern coast of Japan!

We will keep you updated about Trami and the new typhoon in the coming days!