Quite an interesting system is ongoing over the central Atlantic right now: the post-tropical cyclone Leslie. While this system is not going to affect any land areas in the near future, its structure is pretty impressive and some models are hinting that Leslie could eventually become a subtropical or even a tropical storm / hurricane again next week. Leslie has a central pressure at 975 mbar with sustained winds of 60 knots. 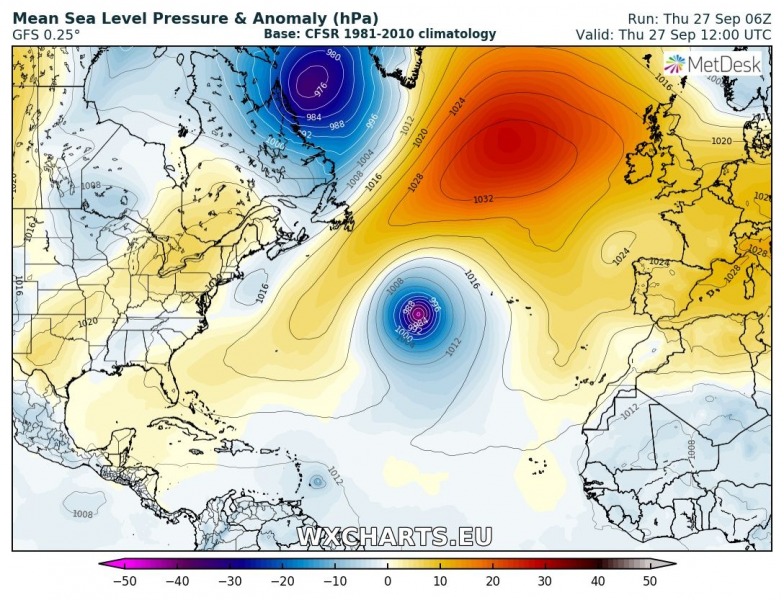 Satellite presentation is really impressive today, with large cyclonic bands around the centre while water vapour imagery reveal numerous small meso-vortices in the core of the cyclone. 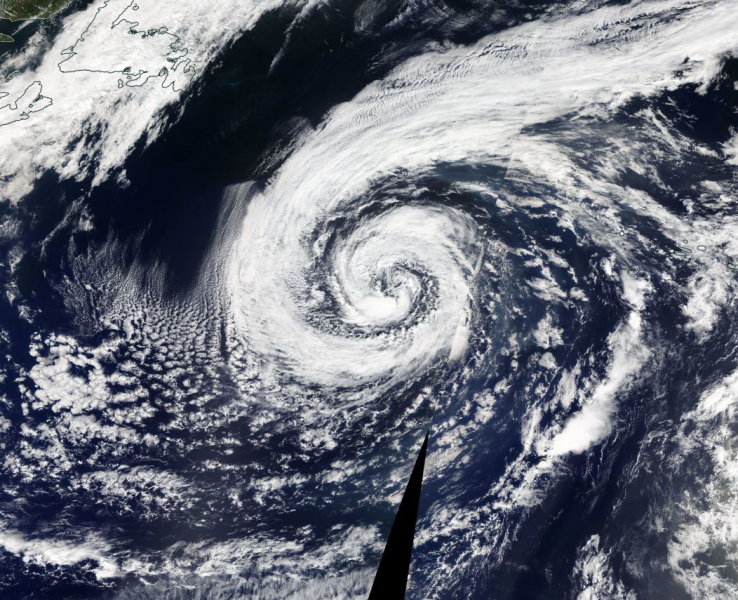 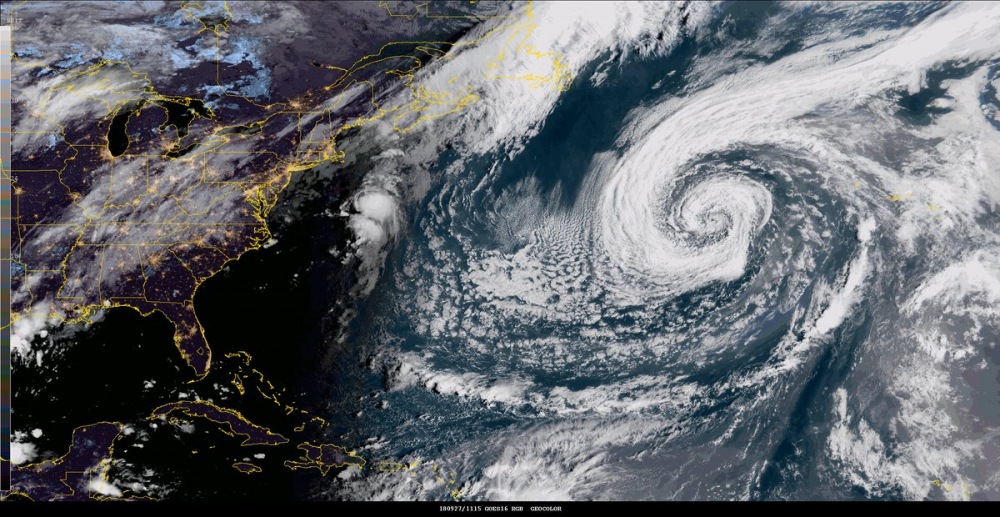 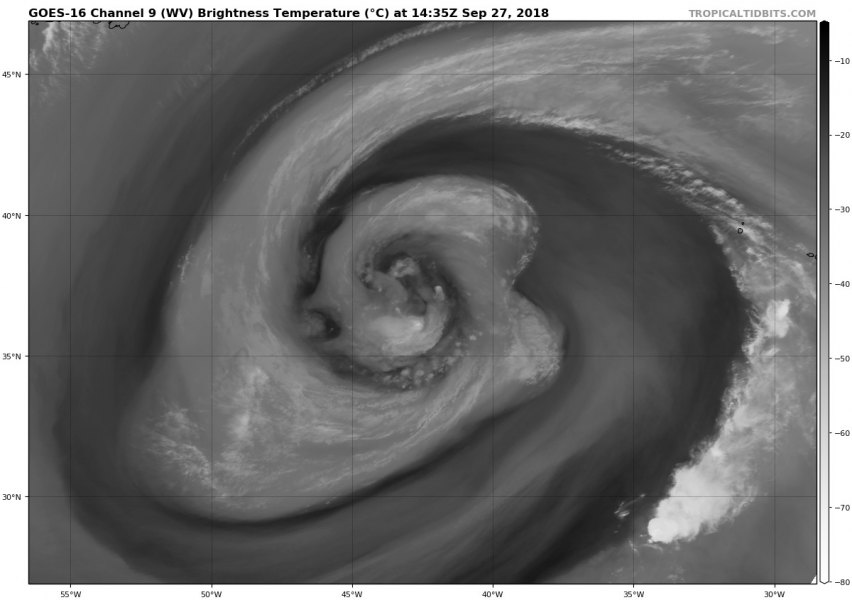 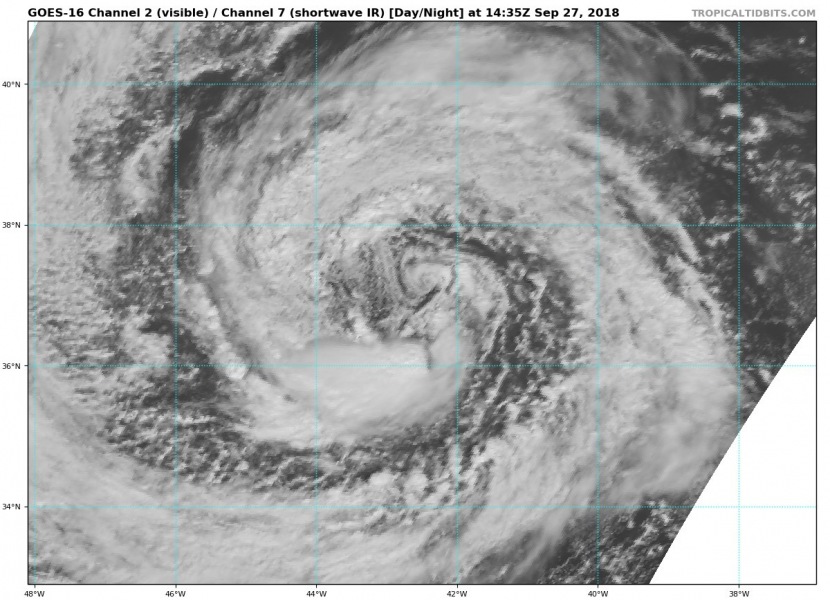 The future track of Leslie pushes it towards ENE, but at a very slow speed. 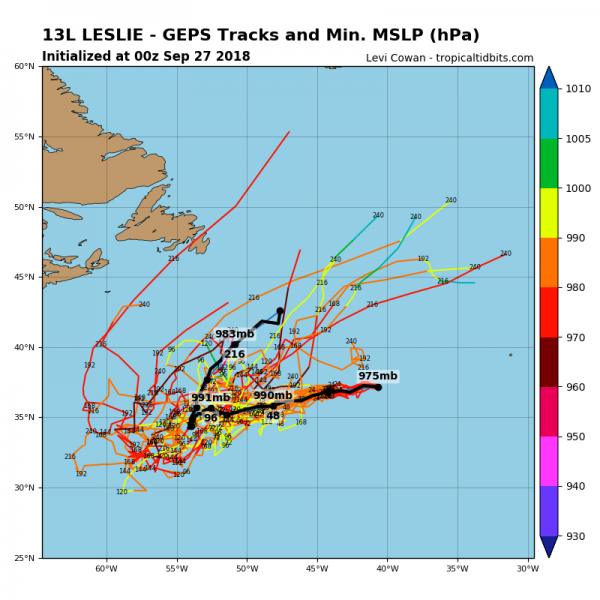 Model intensity guidance suggests Leslie will remain a strong cyclone with Tropical Storm force or even a CAT 1 strength for another 7-8 days and could reach its peak intensity early next week. 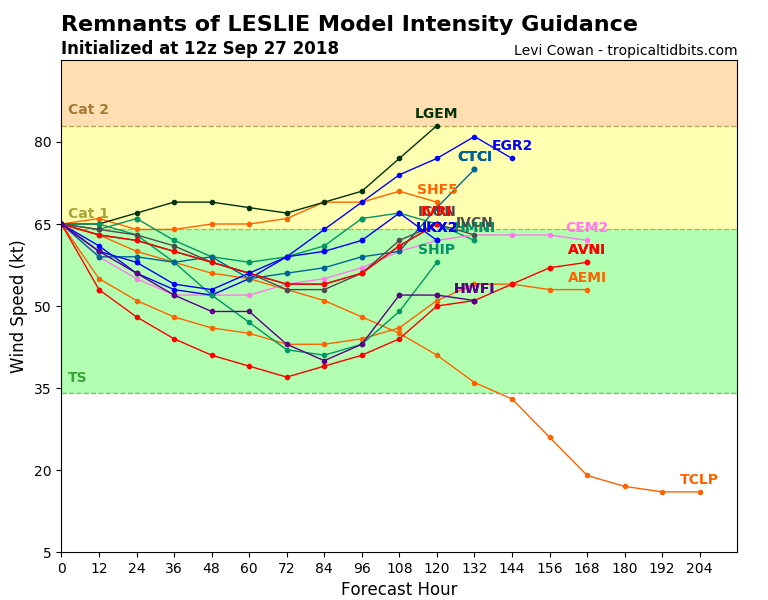 Here is the position of Leslie next week on October 4th – it remains over almost the exact same position as it is today. 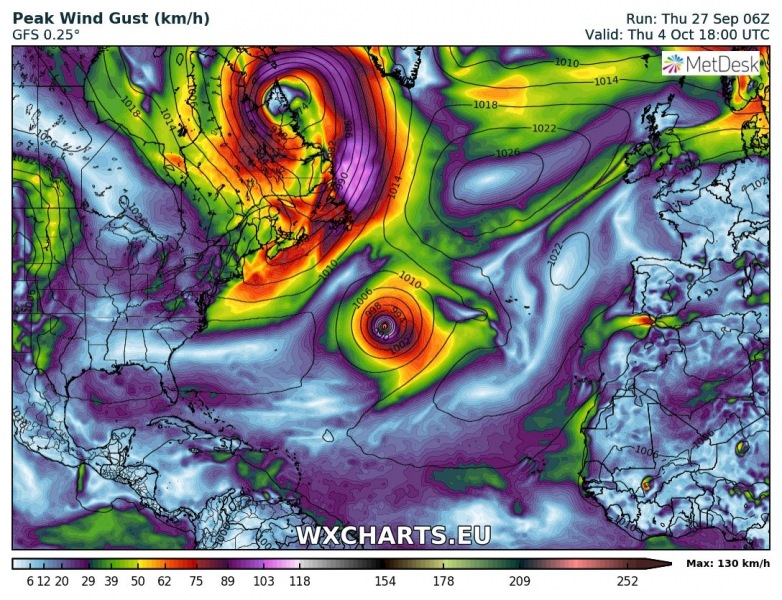 We will keep monitoring the system if it eventually heads towards Europe next weekend as an extra-tropical deep cyclone – stay tuned!