A truly remarkable occurrence in the North Atlantic today – we have a hurricane PABLO, located just west of Iberian peninsula and the Bay of Biscay! Pablo formed from an extra-tropical cyclone with a deep cold-core and has fully transitioned into a tropical system. Pablo is now moving into cooler sea waters and is expected to become extra-tropical storm overnight.

Hurricane Pablo has maximum sustained winds of 70 kt / 80 mph / 130 km/h with a central pressure of around 977 mbar. It was going over sea surface temperatures (SSTs) of approx. 19 °C this afternoon and quickly moving towards even cooler waters, but it continued to grow more organized and deepening convection, an expanding central dense overcast structure and a clearing eye. These very low sea surface temperatures are one of the coldest known sea surface conditions to support an intensifying tropical cyclone of such strength. Pablo has become a hurricane at 42.8N, 18.3W which is the farthest east ever a tropical cyclone reached hurricane strength over the Atlantic and far east of any other system intensifying into a hurricane. 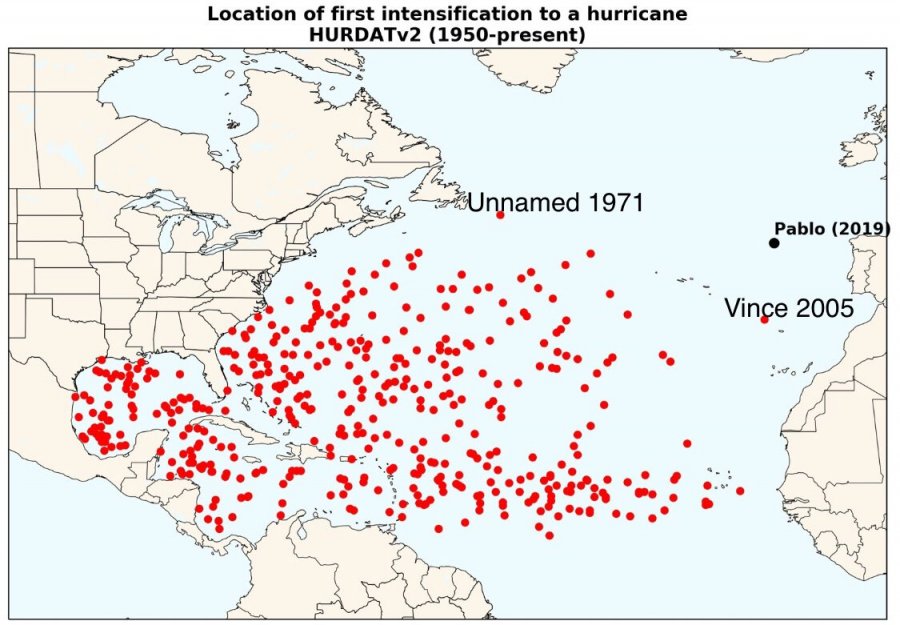 Hurricane Pablo has set a new record as the easternmost hurricane on record. Graphics: @nat_ahoy (twitter) 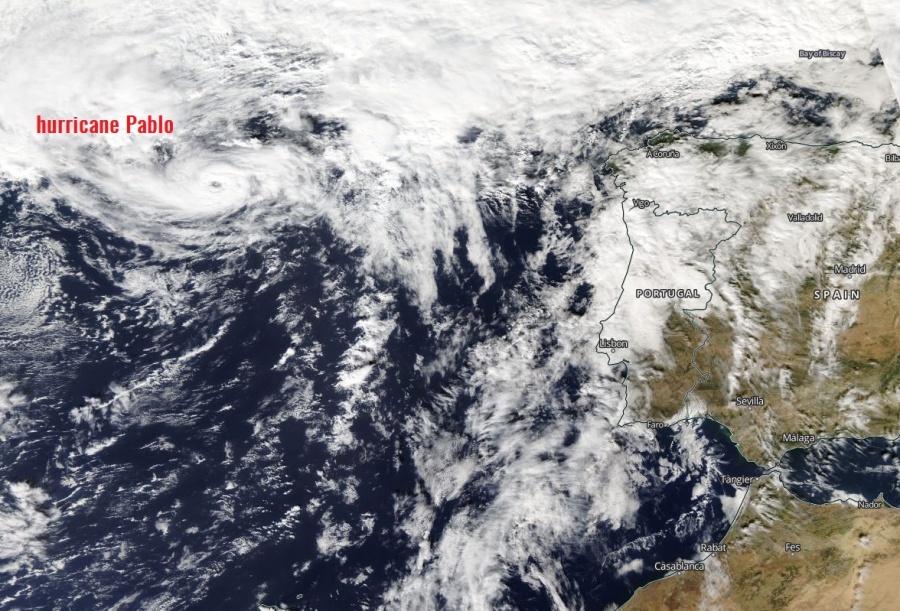 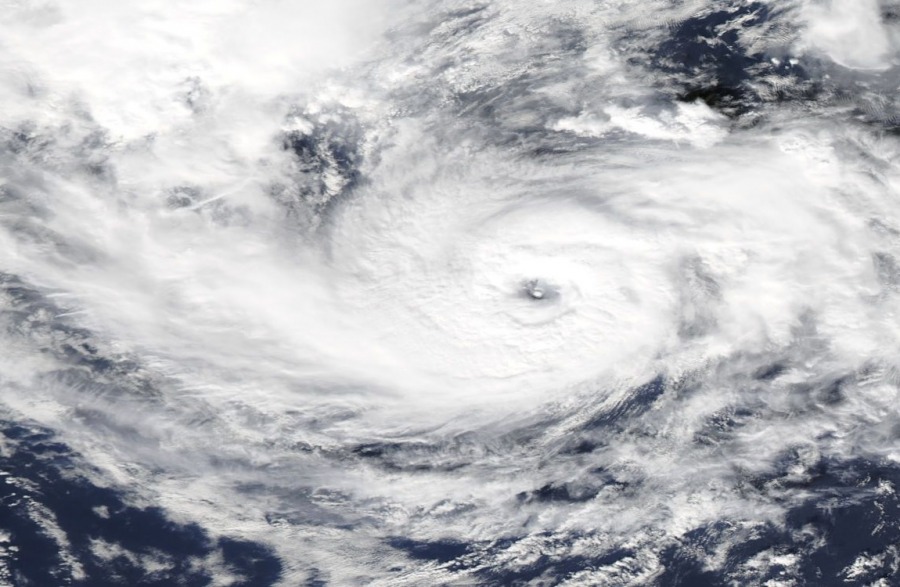 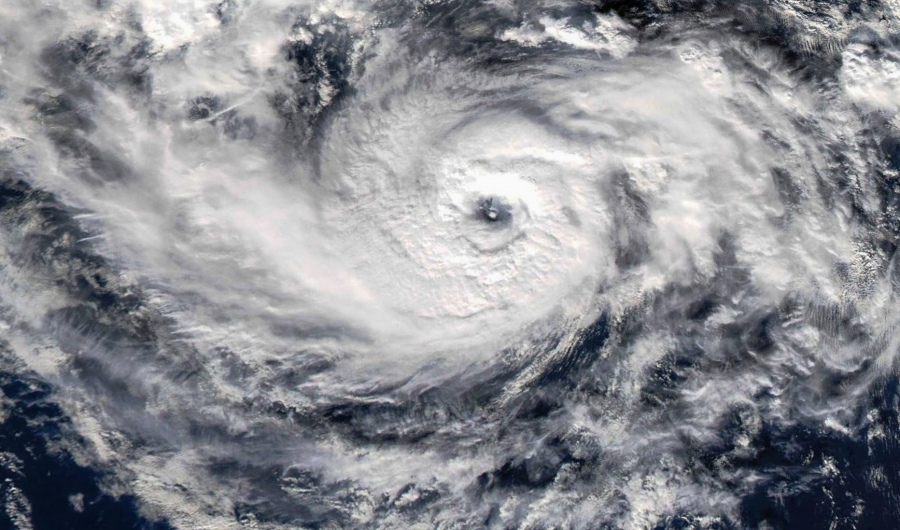 Latest Advanced Dvorak Technique (ADT) estimation suggests central pressure could be even near 960 mbar with maximum sustained winds of 80 knots, a strong Category 1 hurricane! Maximum 50kt radii winds is 50-60 miles from the center.

The future track and intensity should bring Pablo further north while soon transitioning into an extra-tropical storm. 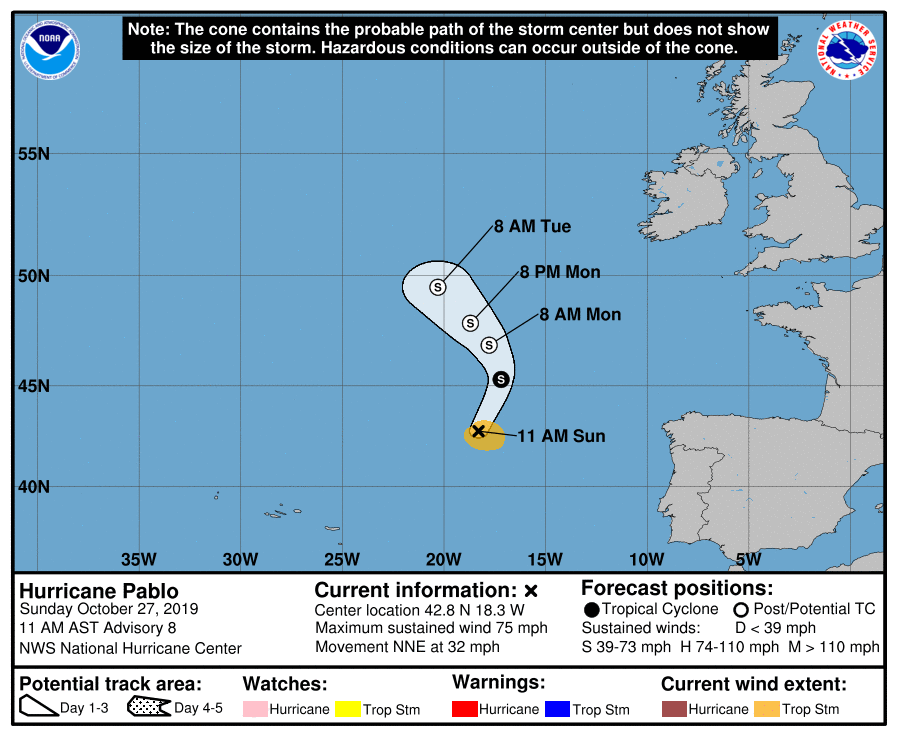 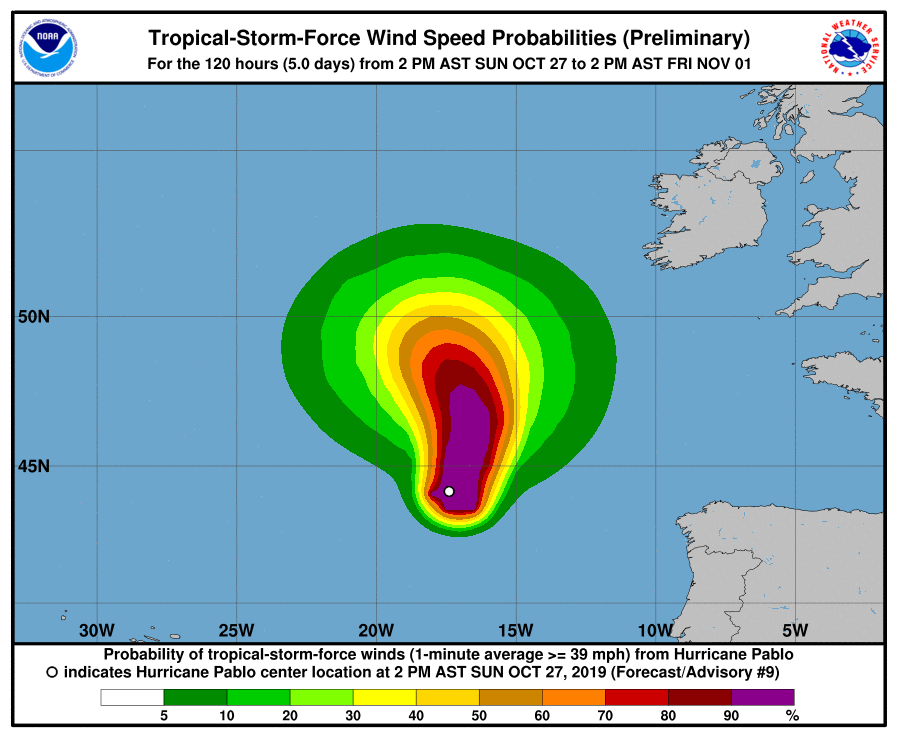 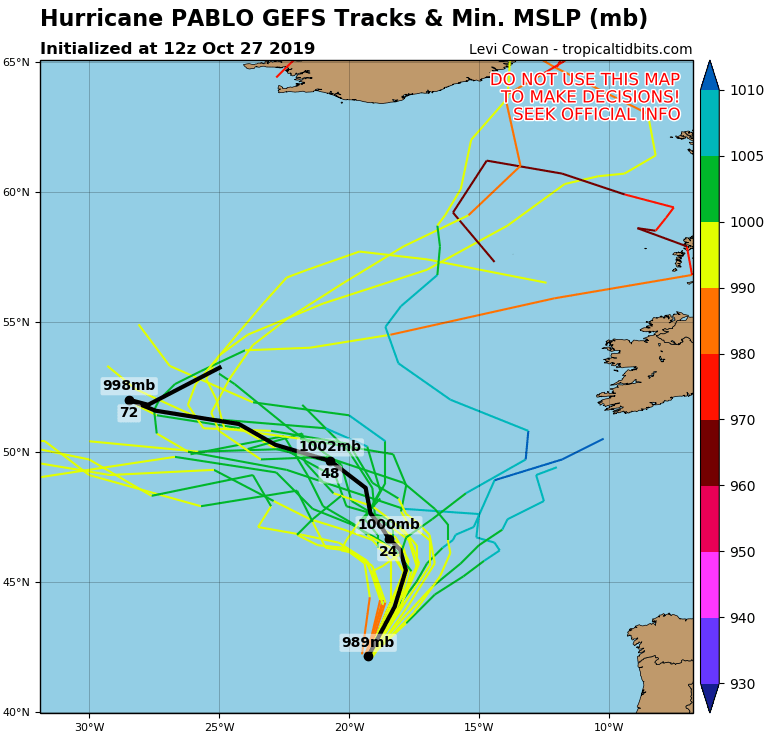 It is likely that cold upper-level temperatures have allowed the cyclone to maintain deep convection and lead to the formation of a warm core, while Pablo continued strengthening over cool water temperatures where tropical cyclones normally weaken. Still, the current SSTs underneath Pablo are so far below those usually needed for tropical development, that Pablo must be incredibly efficient at extracting heat from the ocean surface below (as well as low-level surrounding air, probably).