Tropical cyclone Kenneth has rapidly intensified to an equivalent of a Category 4 hurricane and is heading for landfall in northern Mozambique later today. Extreme winds, torrential rainfall and major flooding are expected. 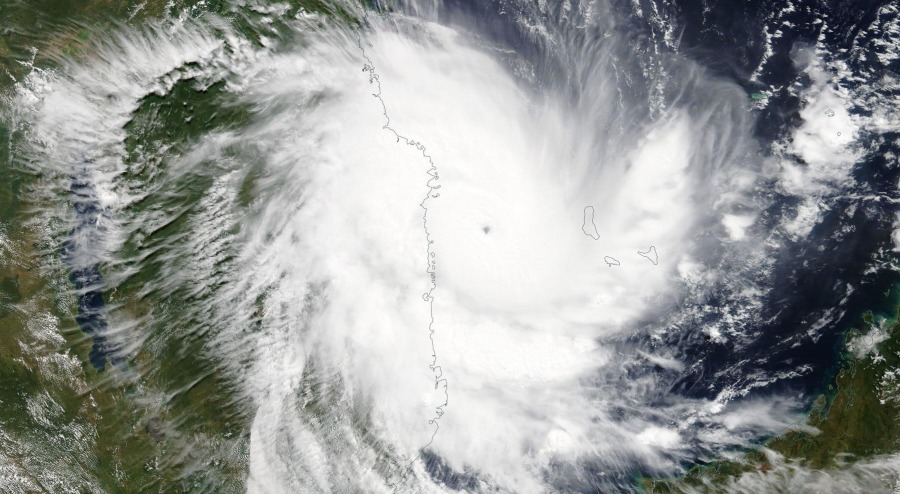 Tropical cyclone Kenneth has rapidly intensified in the past 24-36 hours: from peak winds of 113 km/h (70 mph) late on April 23, to an equivalent Category 4 hurricane on the Safir-Simpson scale, packing winds of 233 km/h (145 mph)! The rapid strengthening was accompanied by the formation of a very tight, pinhole eye. 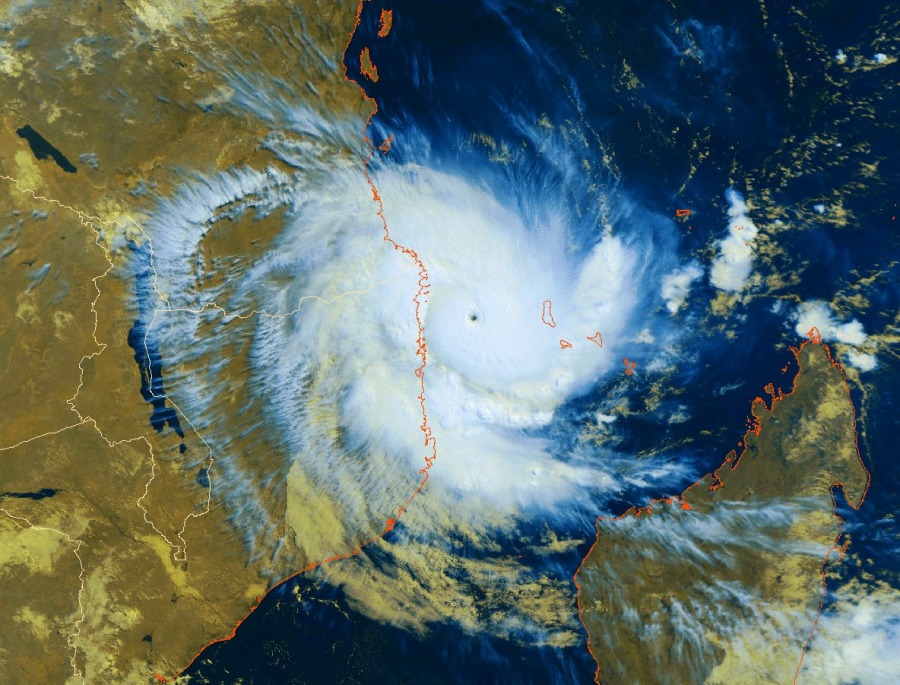 Kenneth is tracking for landfall, currently expected near Nagulue on the northern coast of Mozambique, this afternoon (UTC). It is expected to remain a powerful equivalent category 4 system with peak sustained winds of 200 km/h (125 mph) and gusts up to 249 km/h (155 mph)!

Cyclone #Kenneth 🌀an extremely dangerous and very solid category 4 hurricane strength tropical cyclone just off the coast of #Mozambique🇲🇿 as seen by Terra MODIS not long ago #CycloneKenneth pic.twitter.com/LT2WO3FBR9

In addition to extremely severe winds, the area will also receive extreme amounts of rainfall as Kenneth stalls inland just after landfall. Between 1500 and 2000 mm of rainfall is expected by the end of Sunday! Expect extremely dangerous major floods in parts of northeastern Mozambique. 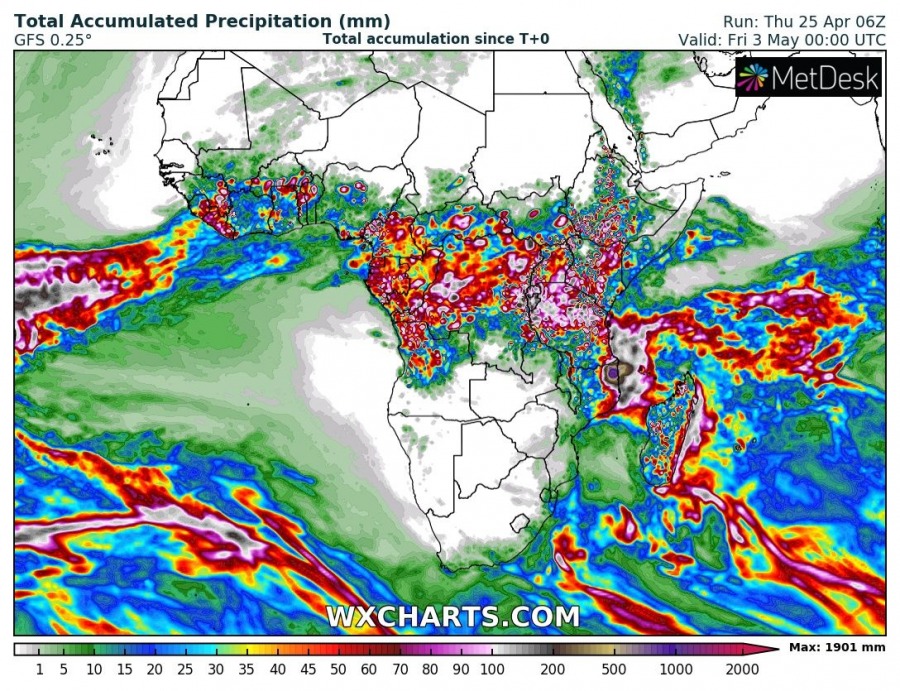