We have a new Category 5 hurricane now – Willa has become an extremely impressive hurricane in infrared and visible satellite spectrum this morning, packing winds of 160 mph and central pressure of 925 mbar. Willa likely reached its max intensity now and will gradually begin to weaken before making landfall in SW Mexico late tomorrrow.

Infrared satellite imagery reveal very impressive cloud tops around the warming eye, reaching even below -80 °C. First morning light over the hurricane indicates a really explosive storms within the eyewall with gravity waves noticed as well. 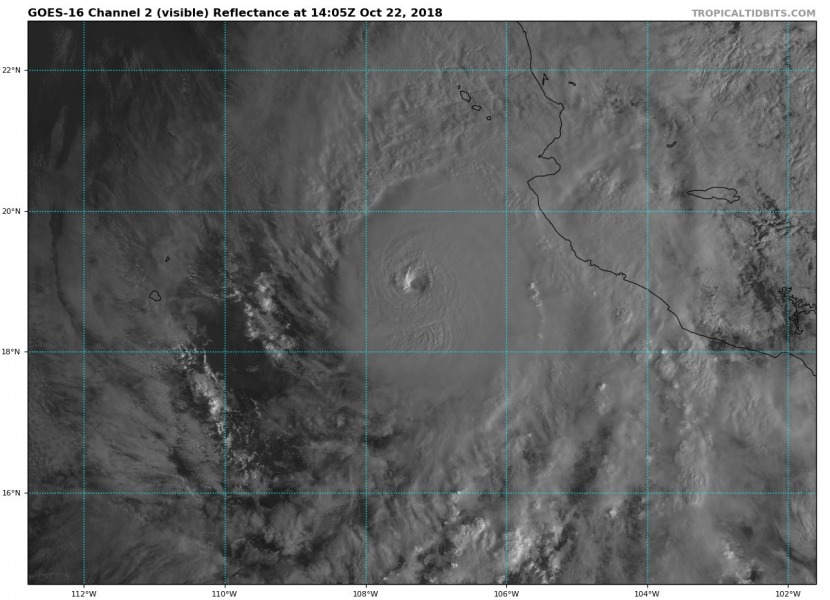 As the sun rises on Hurricane #Willa, we see once again, amongst the radially-propagating gravity waves, one of these mysterious pseudo-stationary cloud features in the cirrus canopy. You can see it on the north side arcing radially outward with "anticyclonic" curvature. pic.twitter.com/TV3QpuOlRb

Morning light over the CAT 5 hurricane #Willa along the SW Mexico. Animation via @TropicalTidbits pic.twitter.com/Mw7xemExP2

Willa’s future track has been confirmed by the National Hurricane Center (NHC) and its landfall is expected tomorrow, Tuesday night local time. Hurricane will likely weaken into a strong Category 2 storm by them. 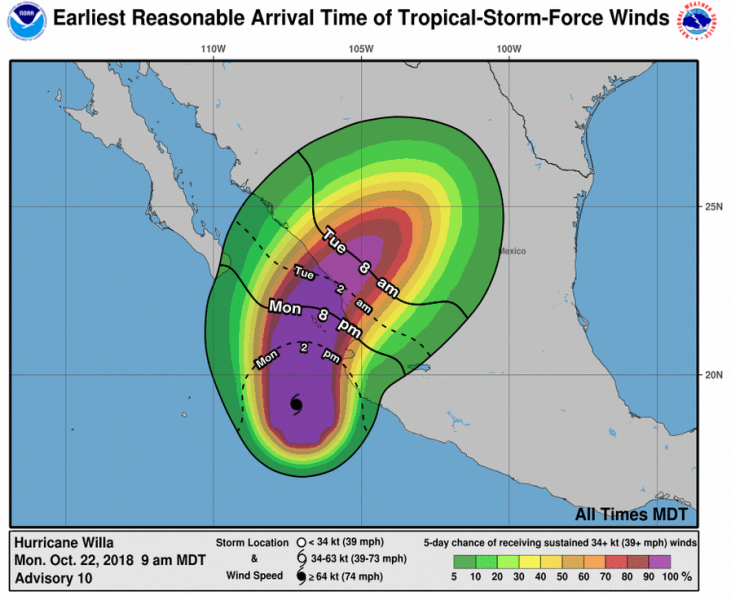 Some words by the NHC:

The environment with low wind shear and water temperatures around 28 to 29.5 degrees Celsius suggest some additional strengthening is possible, but with the evidence that an eyewall replacement has begun, some fluctuations in intensity are possible during the next 12 to 24 hours. After that time, increasing southwesterly shear is forecast to induce weakening, but Willa is likely to remain an extremely dangerous major hurricane when it makes landfall along the west-central coast of Mexico. After landfall, shear and the mountainous terrain of Mexico will cause rapid weakening and dissipation of the cyclone.

Stay tuned for more updates prior to landfall.