The worst storm in decades may strike Mozambique this weekend. Intense tropical cyclone Idai has developed just west of Madagascar and is currently packing winds of 90 knots and central pressure around 968 mbar. It is expected to remain a Category 2 / 3 until it makes landfall in Mozambique on Friday, March 15th.

Some satellite images of the large system from this morning: 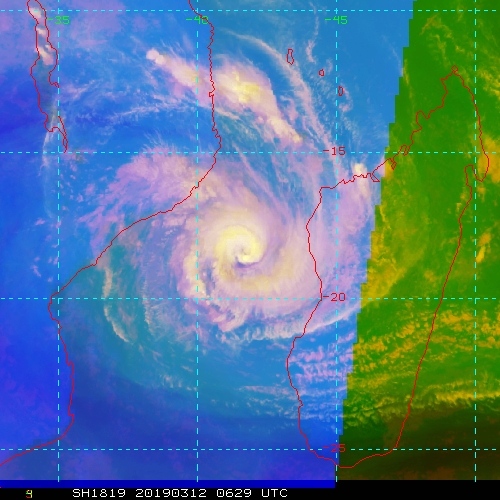 Future track suggests it will be moving WSW in the next 36-48 hours before it turns WNW on Thursday and heads for the coast of Mozambique. Landfall is likely just north of the city of Beira, the 4th largest city in the country. Idai should reach its peak intensity – likely a Category 3 cyclone – tomorrow, then it starts gradually weakening trend.

Position of Idai today, tomorrow and Friday morning when it nears the coast. 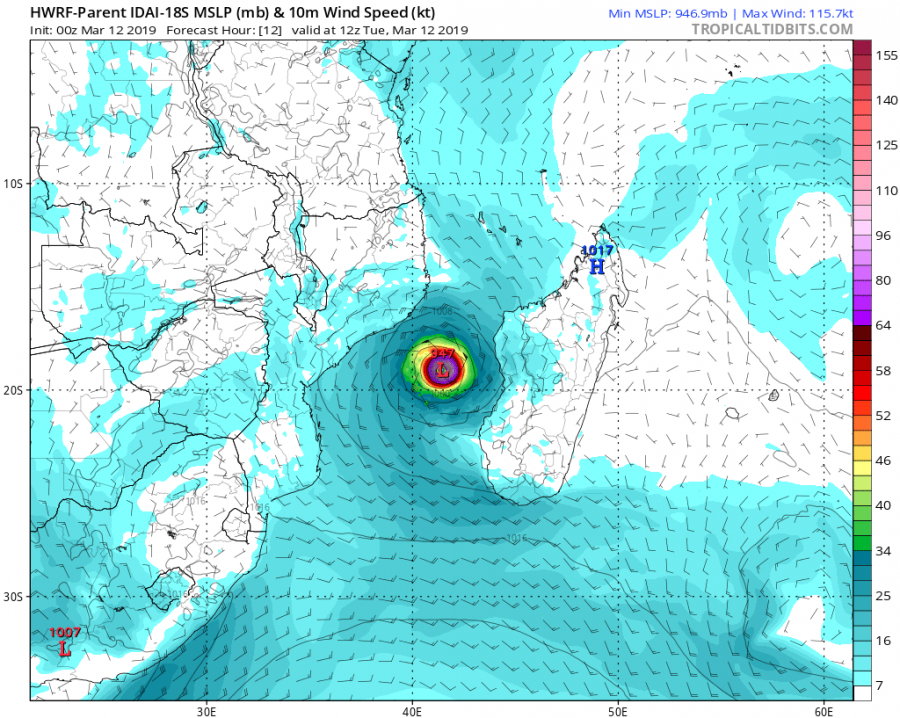 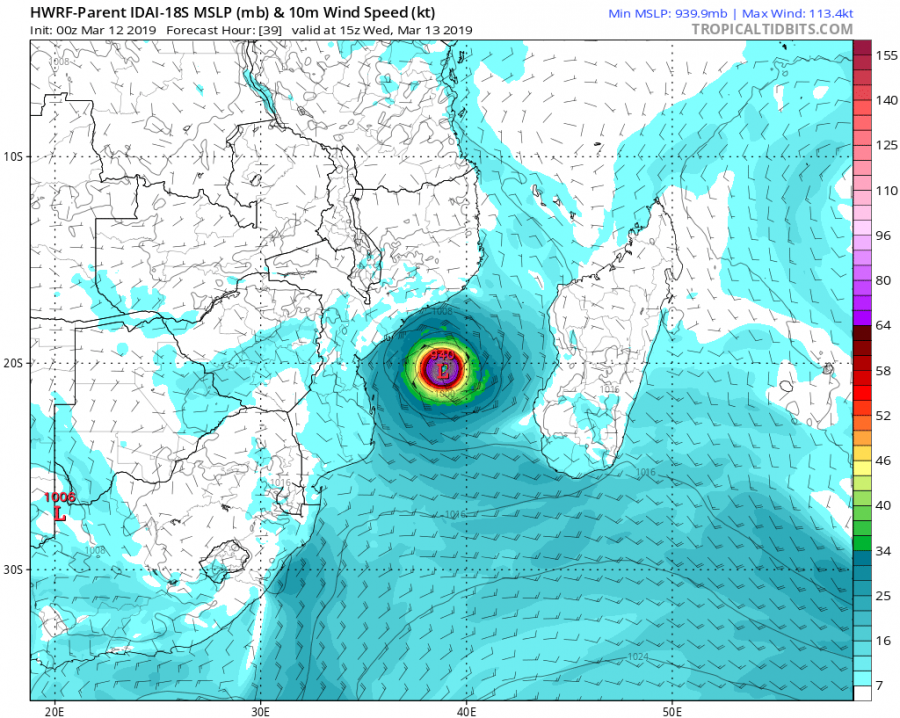 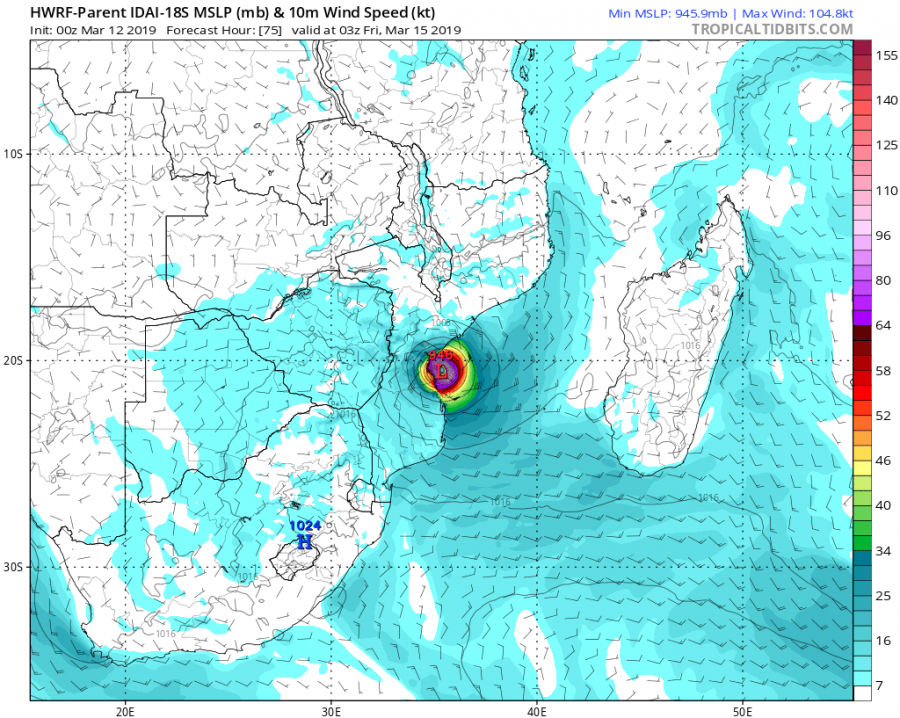 Ocean Heat Content (OHC) map reveals Idai is still in good environment for deep convection while conditions are less favorable closer to the coast of Mozambique.

Stay tuned for additional updates on the system in the coming days.