A very dangerous cyclone has developed over the North Atlantic today. It is expected to intensify tonight and develop an intense windstorm with gusts near 200 km/h over parts of N Atlantic tomorrow; 110-130 km/h gusts are also possible for parts of British Isles and Ireland in the afternoon and evening hours, March 12th.

The pattern is characterized by a very deep trough over the North Atlantic, developing an intense surface cyclone south of Iceland. The cyclone continues deepening while moving towards Scotland. An intense pressure gradient results in very strong wind field around the centre and pushes an intense windstorm across the N Atlantic towards the British Isles and Ireland. 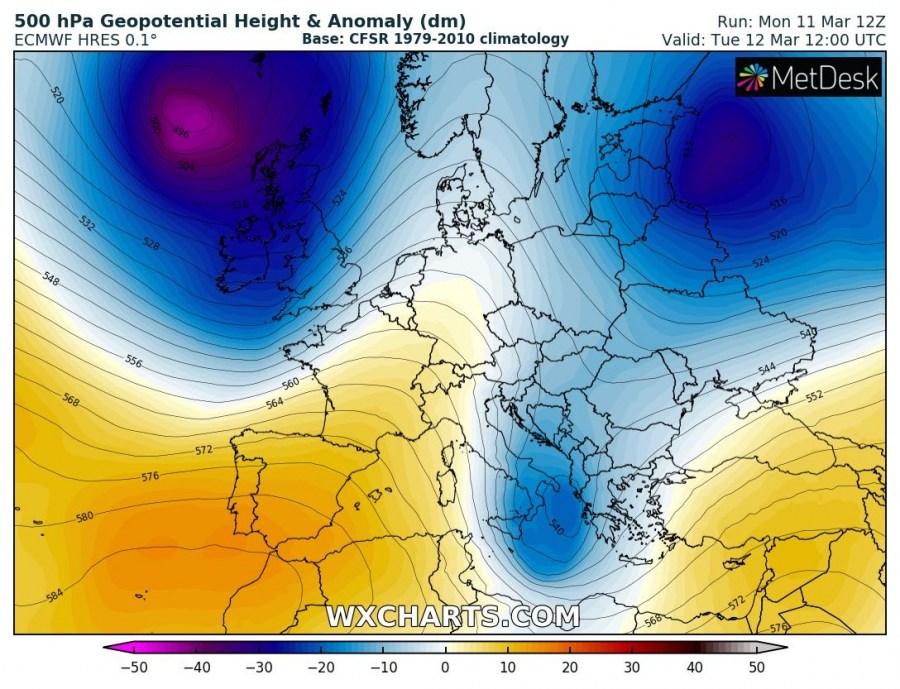 Attached is the 3-hour sequence of a deep cyclone developing south of Iceland by Tuesday morning and drifting east/southeast towards Scotland during the day. Extremely severe winds are likely to develop, a sting jet also appears likely which should strongly enhance wind gusts, especially over the open waters of the north Atlantic. Towards the afternoon hours, the storm begins gradually weakening. It still remains a very intense windstorm on its way towards Ireland, Northern Ireland and Scotland. 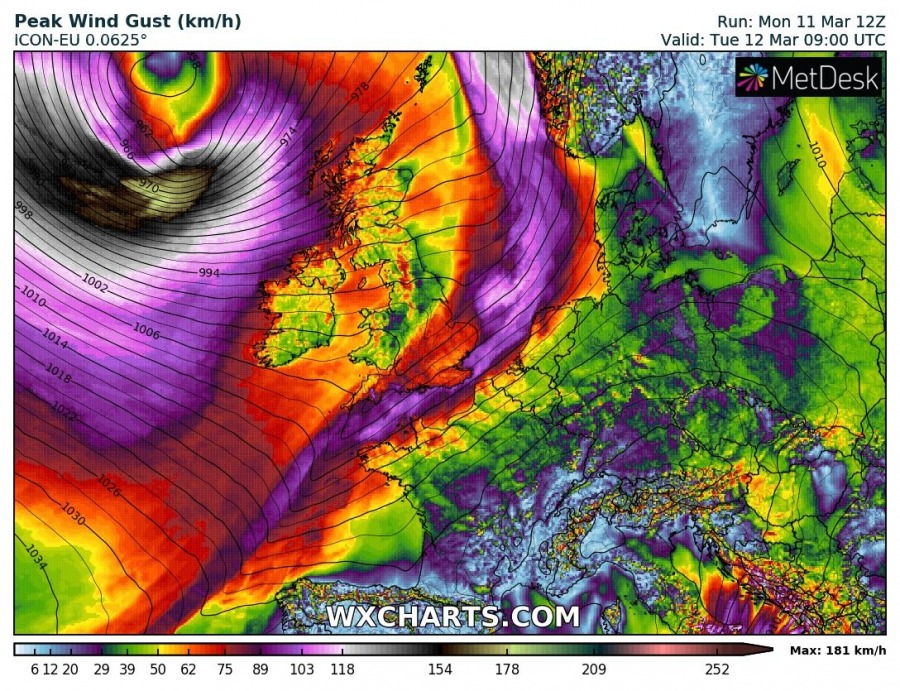 For this reason, the very first HIGH risk has been issued for N Atlantic as well:

An intense cyclone will develop a dangerous windstorm across the N Atlantic and towards the British Isles and Ireland tomorrow, March 12th