Mesosphere is getting cold. Actually, very cold. Satellite observations over the past few weeks have revealed very low temperatures at polar latitudes – between 60 degrees and 80 degrees North. The result is numerous nights with noctilucent clouds (NLC) forming over Europe. They have lately been observed also over the middle latitudes (central Europe – Slovenia, Italy and Croatia).

What are Noctilucent clouds (NLC)?

Noctilucent clouds, or night-shining clouds, are tenuous cloud-like phenomena in the upper atmosphere of Earth. They consist of ice crystals and are only visible during astronomical twilight. Recent studies and frequent observations suggest that increased atmospheric methane emissions produce additional water vapor once the methane molecules reach the mesosphere and creating/reinforcing existing noctilucent clouds. 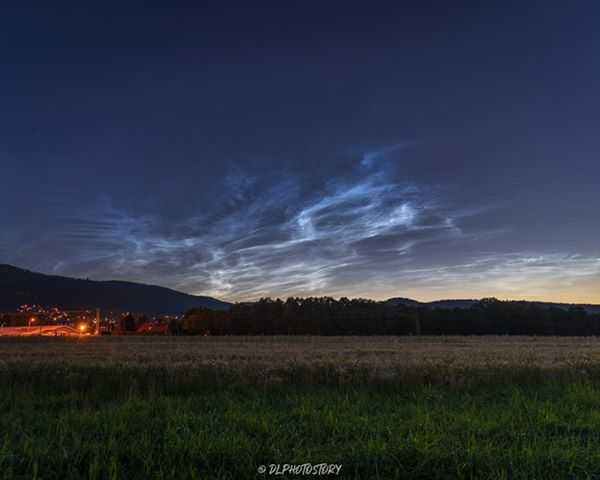 Last summer, on June 23rd, 2019, NLC clouds spread as far south as Los Angeles and Las Vegas in the United States and central Balkan, Spain and Italy in Europe. Setting records for low-latitude sightings of this remarkable phenomenon. 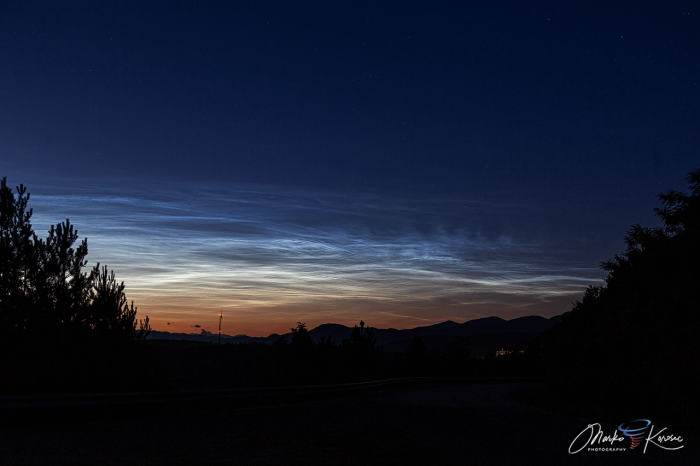 Record cold in the mesosphere

NASA researchers have found that the Microwave Limb Sounder (MLS) data reveals that it is a cold and wet year up in the mesosphere. MLS can sense conditions 83 km high in the atmosphere where NLC clouds form. It measures naturally-occurring microwave thermal emission from the limb (edge) of Earth’s atmosphere to remotely sense vertical profiles of atmospheric gases, temperature, pressure, and cloud ice. 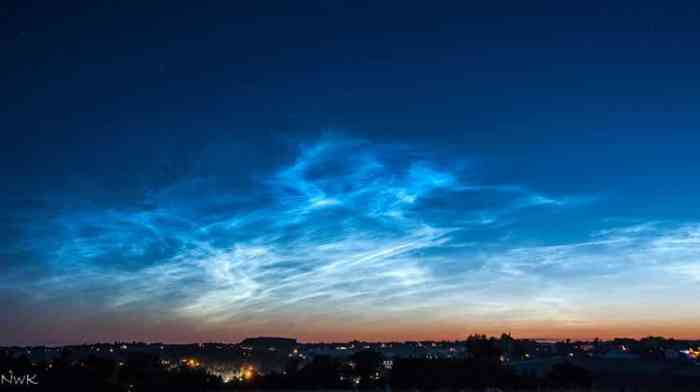 NLC clouds over Poland on July 5th, 2020. By Michał Nowak

What has been found during the past several weeks is that the temperatures are extremely cold, even record cold. The observational temperature data above the mid-latitude (35 degrees North to 55 degrees North) were the coldest on record through late May! NASA’s AIM spacecraft began monitoring noctilucent clouds in 2007.

Temperature and moisture in the NLC zone. Graphics: NASA

Noctilucent clouds are composed of tiny crystals of water ice up to 100 nm in diameter and exist at a height of about 76 to 85 km (47 to 53 mi) above the ground. There are much higher than any other clouds in Earth’s atmosphere. While clouds in the lower atmosphere form when water collects on particles, mesospheric clouds may form directly from water vapor in addition to forming on dust particles.

NLCs can form only under very restricted conditions during local summer and their occurrence can be used as a sensitive guide to changes in the upper atmosphere. The occurrence of noctilucent clouds appears to be increasing in frequency, brightness, and extent. 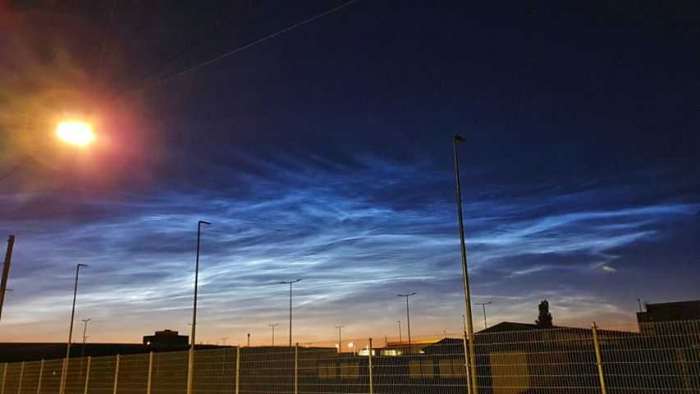 Noctilucent clouds are generally colorless or appear in pale blue color, sometimes also including red and green color tones. Their characteristic blue color comes from absorption by ozone in the path of the sunlight illuminating the noctilucent cloud. They can appear as featureless bands, but frequently show distinctive patterns such as streaks, wave-like undulations, and whirls.

How to observe NLC clouds?

The best time to look for NLC clouds is during the first few hours after sunset (or before sunrise) when the sun is more than 6 degrees below the horizon. They are most typically visible at latitudes between 50 and 65° – in Europe that would be between about the latitude of central Scandinavia and southern UK / BeNeLux / central Germany / Czech Republic / southern Poland / Ukraine. Occasionally they can be seen further south and have been spotted as far south as Spain. 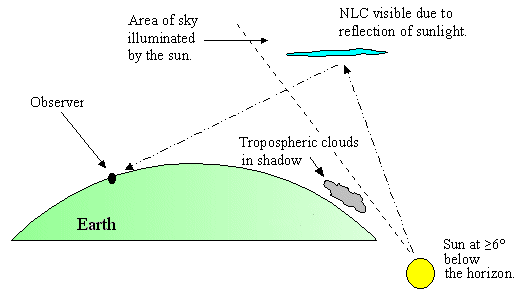 Good luck observing NLC clouds this summer. If you have clear skies in the evening or morning, you may get lucky and see them with your own eyes!