The first intense typhoon of the 2019 Pacific season is expected to develop in the coming days – Typhoon Wutip formed in Micronesia yesterday. Wutip is currently packing winds of 75 knots with central pressure around 967 mbar, moving northwest.

Here are a couple of latest satellite images, indicating explosive deep convection ongoing around the virtual center of the low, a sign that the typhoon is gaining strength and organizing.

The OHC (Ocean Heat Content) chart reveals why the current convection is so explosive – the favorable very warm waters are rising the near-surface dewpoints, providing high moisture and instability for the storms.

The future track will bring Wutip close to Guam island, likely on late Sunday local time as a severe CAT 3 typhoon with sustained winds of around 100 kt.

After the close approach to Guam, Wutip will soon turn towards the northeast and start weakening in less favorable water temperatures and increased shear.

Peak wind gusts and accumulated rainfall associated with Wutip – up to 230 km/h and 700 mm of rainfall will be possible in some places along its track. 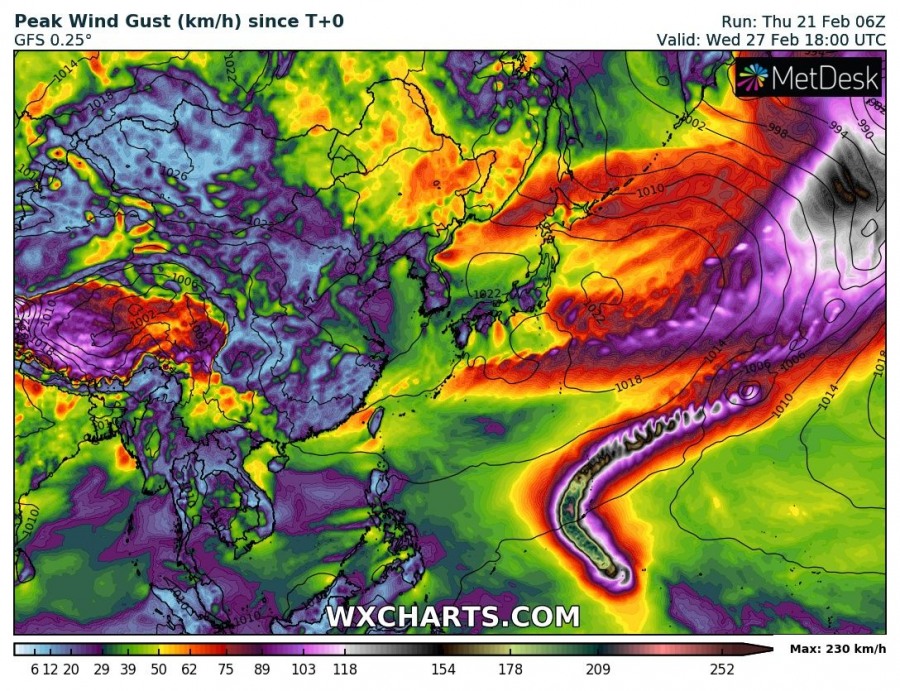 Stay tuned for further updates on the potencial track towards Guam.