A new, very intense Super Typhoon Trami has developed in the western Pacific this weekend. It has already reached a CAT 4 strength today. Trami packs sustained winds of 140 mph and central pressure of around 938 mbar. The future track of Trami will lead it towards Taiwan and then it will turn north towards a potentially devastating landfall in Japan. 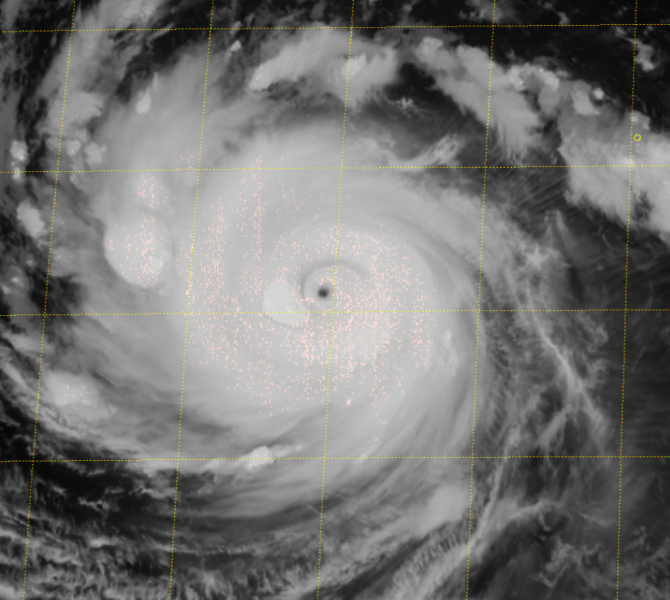 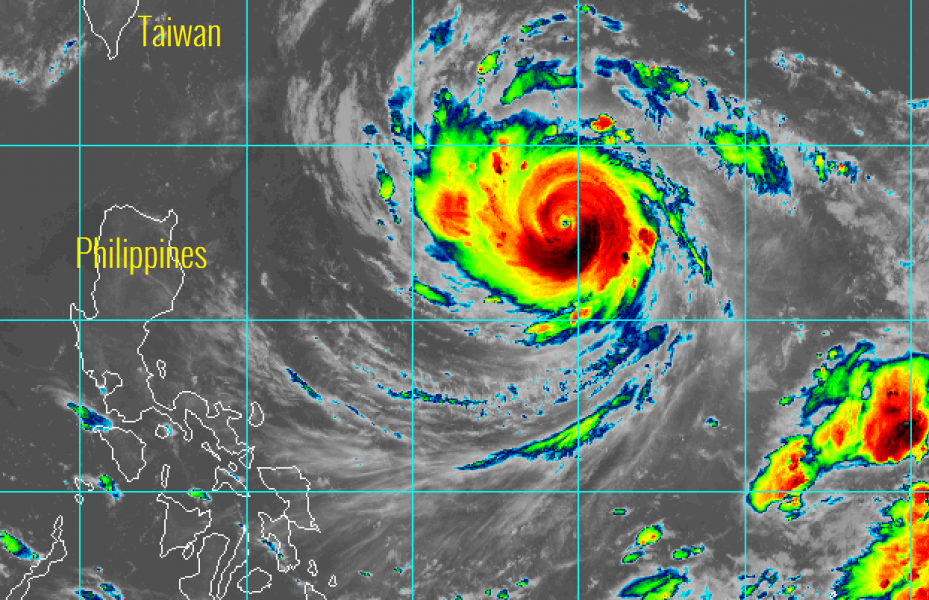 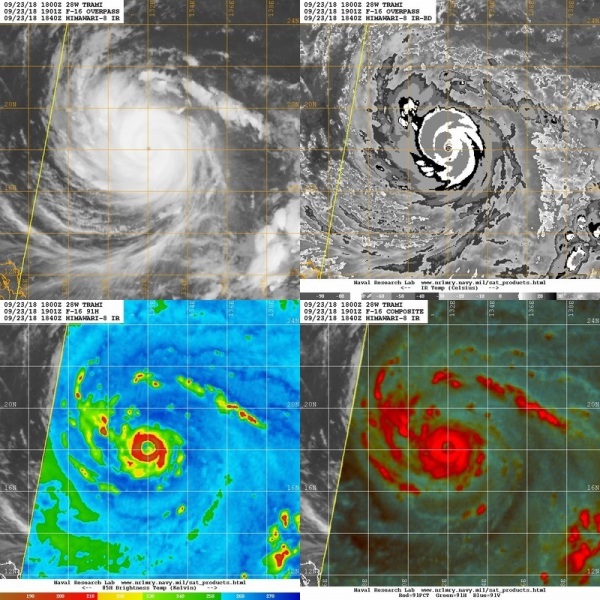 Trami will be moving into favorable sea waters for additional strengthening through the next 72 hours, so an intensification into a monster CAT 5 super typhoon is expected later today or early Tuesday. Based on the Ocean heat content (OHC) maps, it is likely Trami will remain a strong CAT 4 or CAT 5 storm until it nears Taiwan and Japan. Some fluctuations in intensity are indeed expected due to the occasional eyewall replacement cycles.

The most probable track based on the latest model guidance. 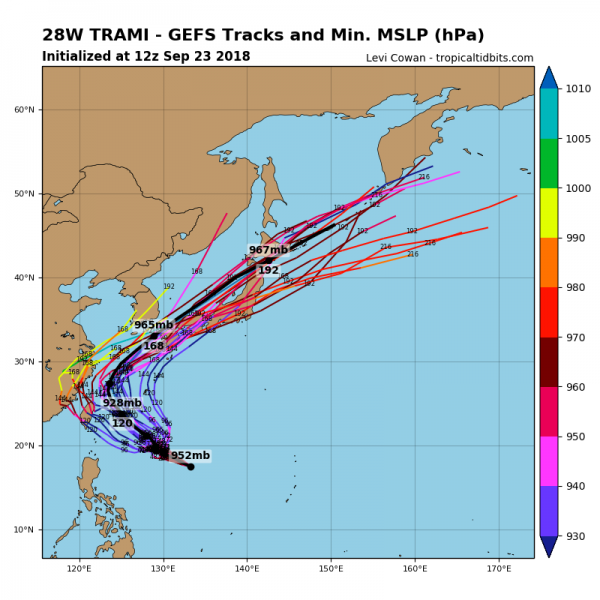 The latest GFS model trends suggest its path will be towards NW, somewhere between Taiwan and Japan. Still to far in advance to be sure about the exact path, it may also make landfall in Taiwan too. It will be an intense CAT 5 super typhoon after tomorrow with possibly central pressure below 900 mbar! 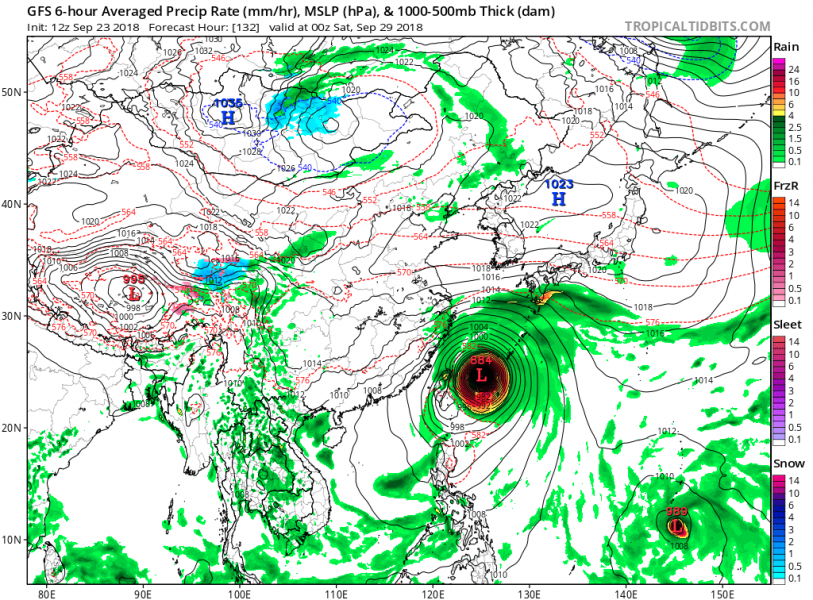 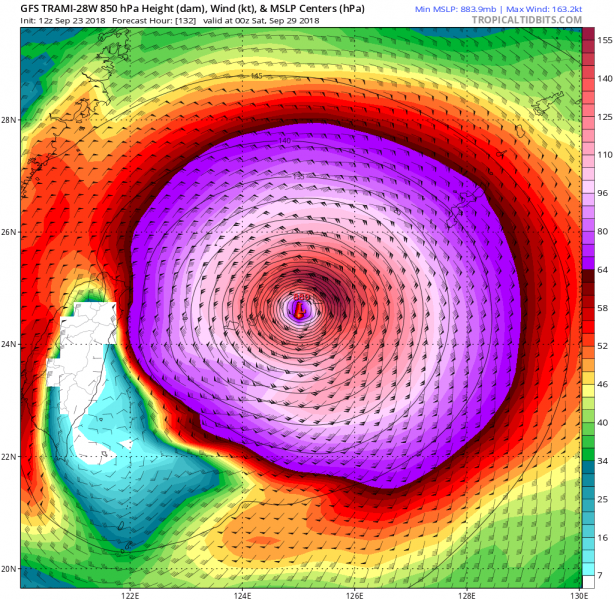