The large cutoff low in the central Mediterranean that will be affecting parts of Greece with severe thunderstorms and torrential rainfall, will also push major amounts of Saharan dust into the region.

Strong southerly and southeasterly winds associated with the cutoff low in the central Mediterranean will push large amounts of Saharan dust towards Greece, Crete Island in particular and far into southern and southeastern Europe and the eastern Mediterranean, including Turkey and Cyprus, over the next two days. A particularly thick mass of Saharan dust is indicated for Crete early on Wednesday – a dusty morning is expected. 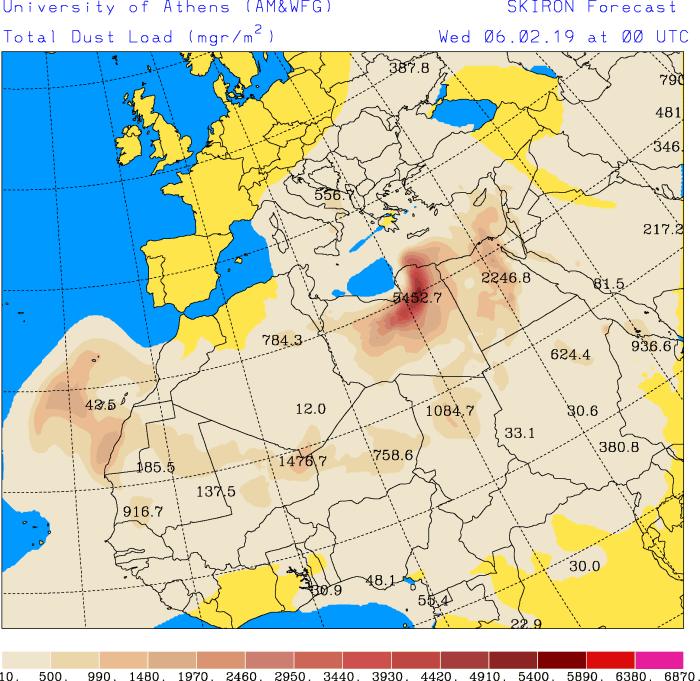 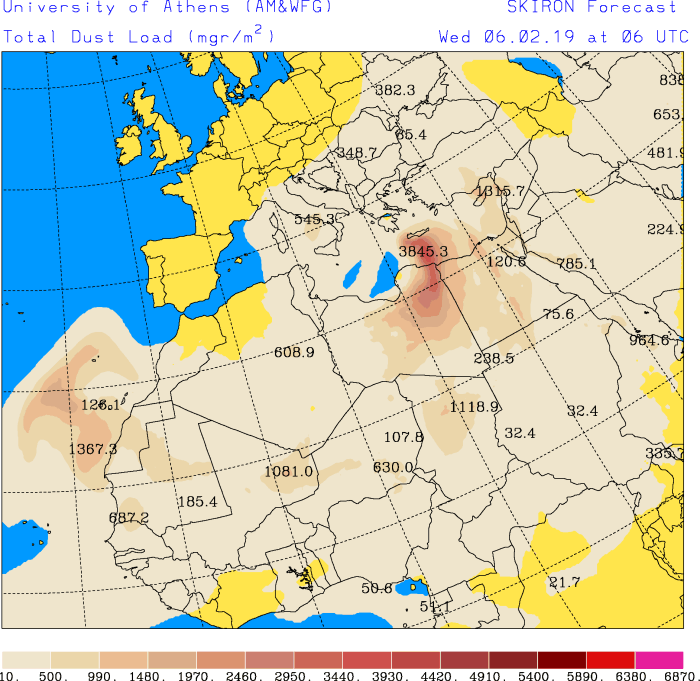 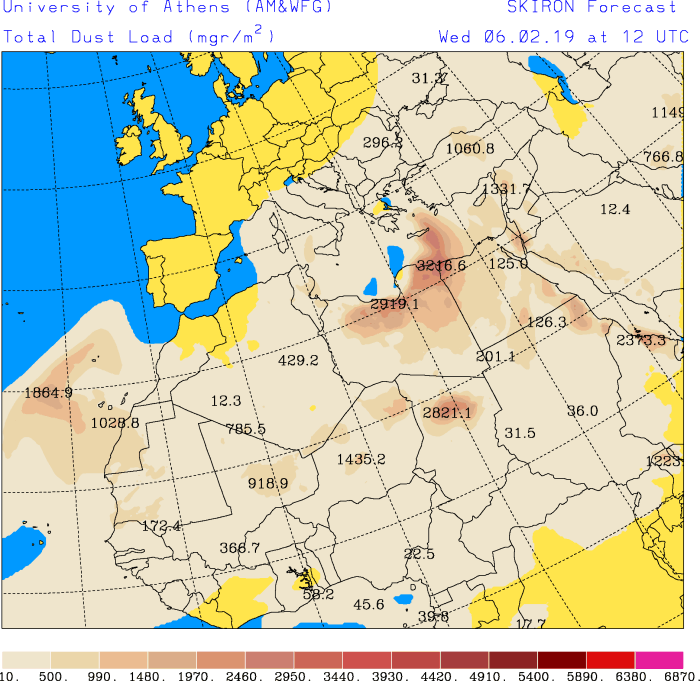 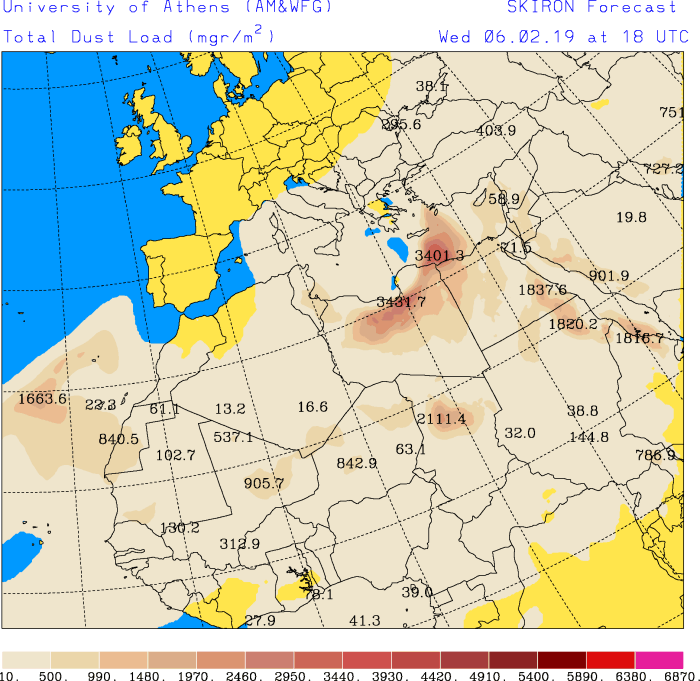 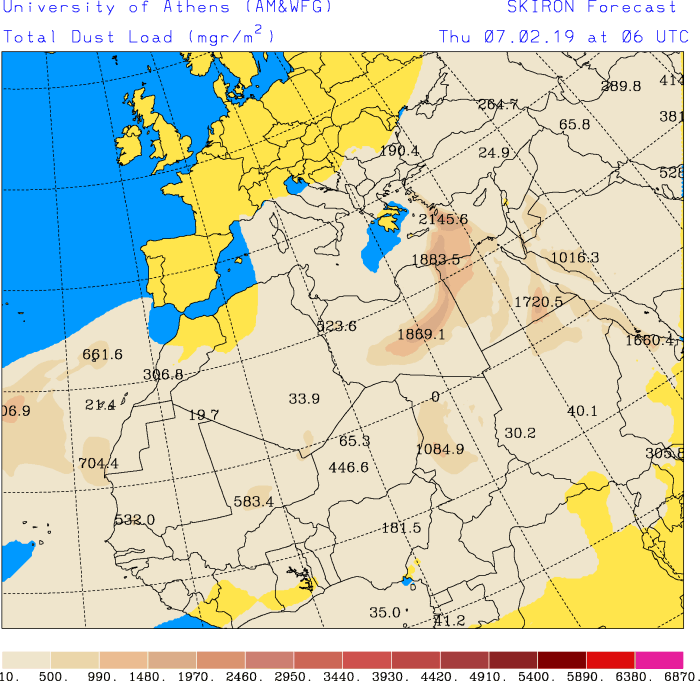 Got Saharan dust at your place? Send us a report!.

Torrential rainfall for parts of Greece on Tuesday and Wednesday