The upper ridge across the SW Europe continues strengthening and so is the intesifying heat wave across the Iberian peninsula. SW Spain peaked at almost 45 °C already yesterday, Aug 1st! It is quite hot also across other parts of Europe and especially (and still) across parts of Fennoscandia – again at almost 33 °C in the far north of Norway! Below is the review of max temperatures across various regions yesterday. 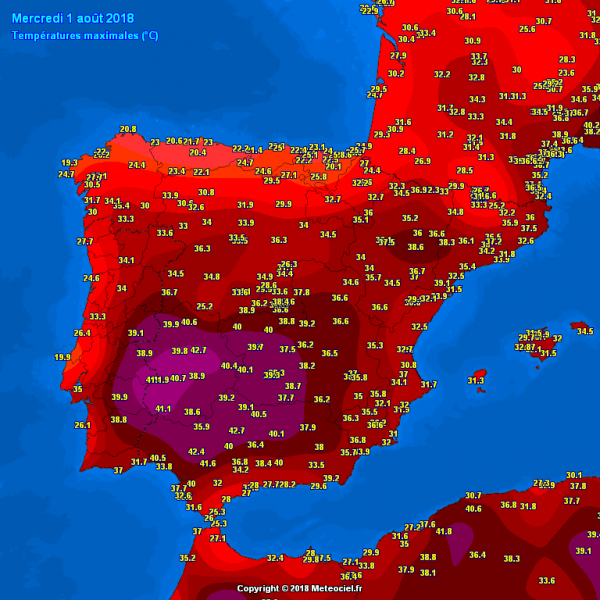 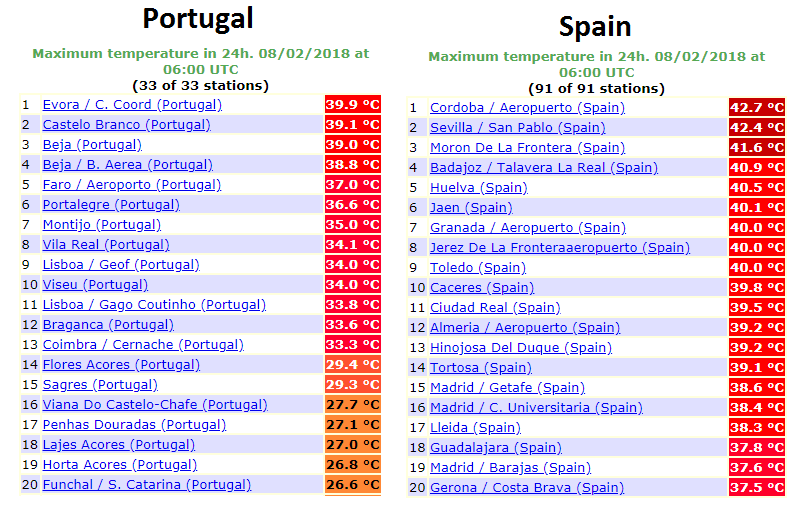 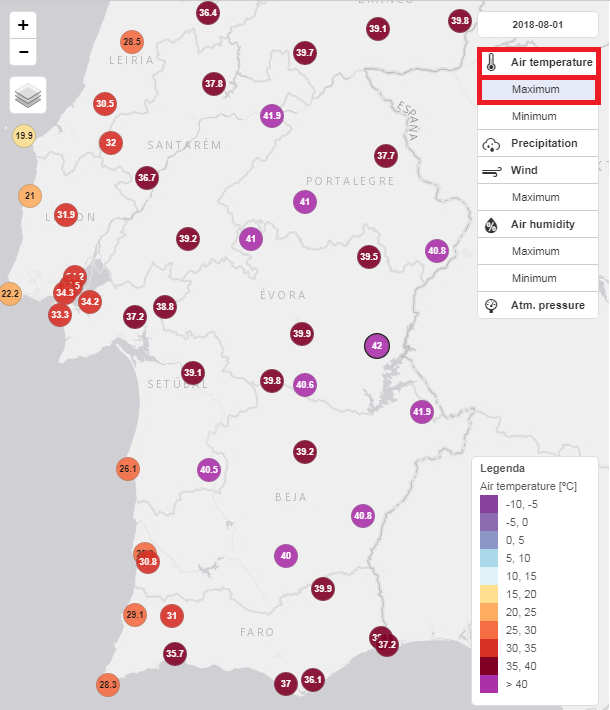 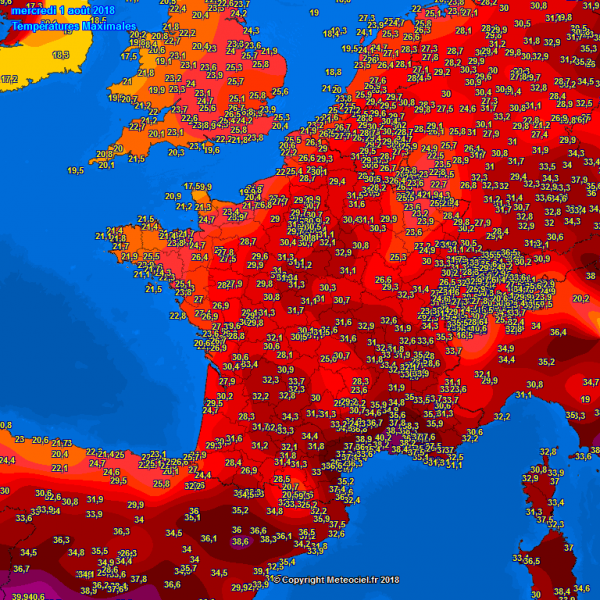 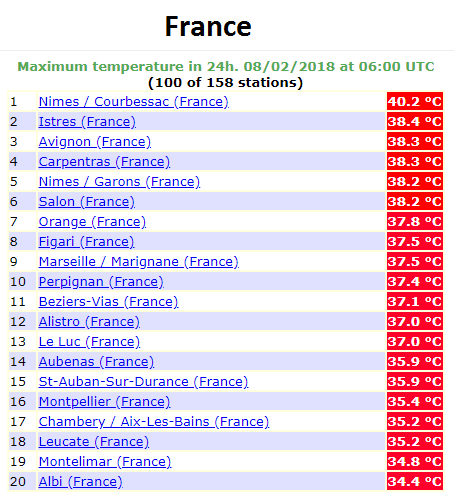 Germany: peaked into 36-38 °C across the SE and NE parts of the country: 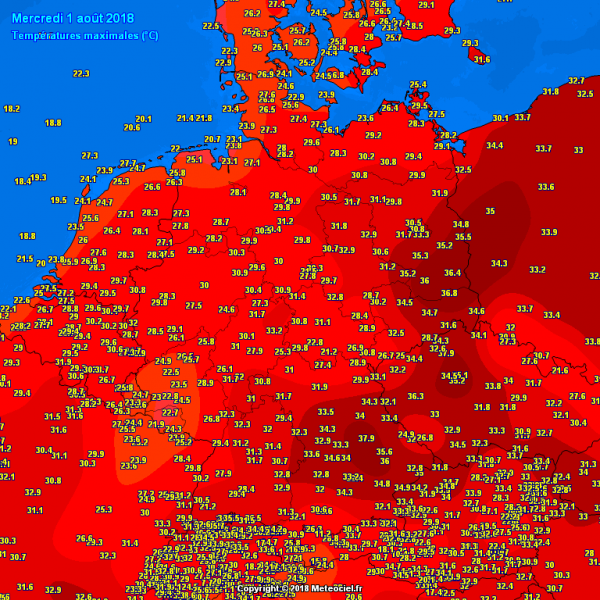 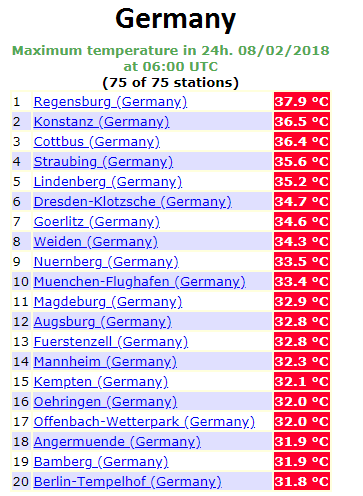 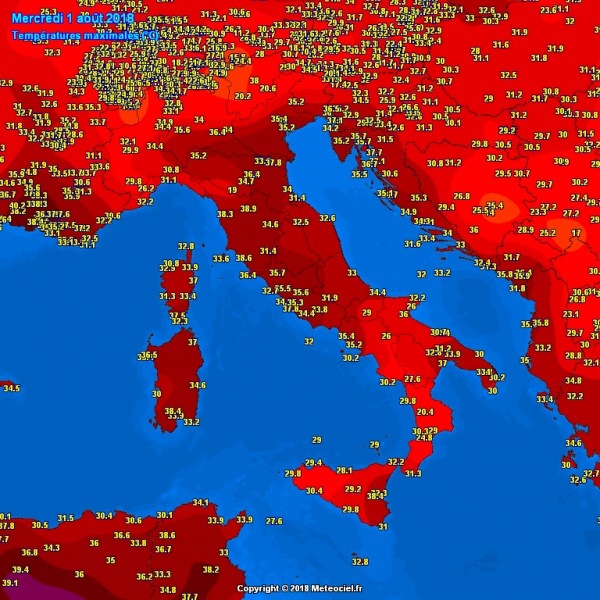 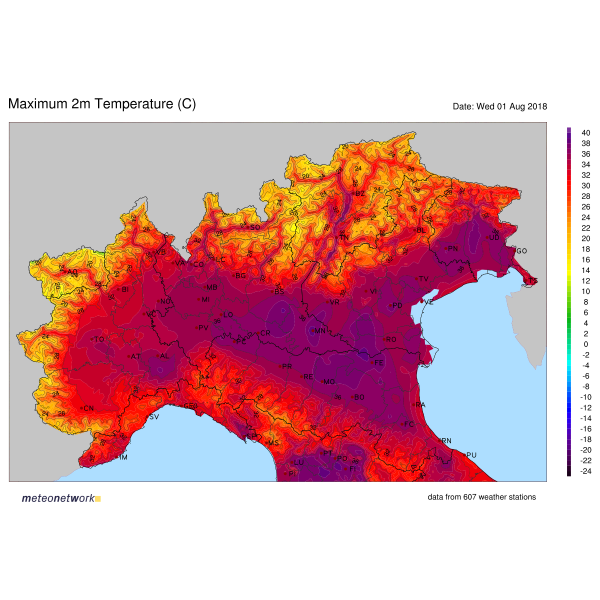 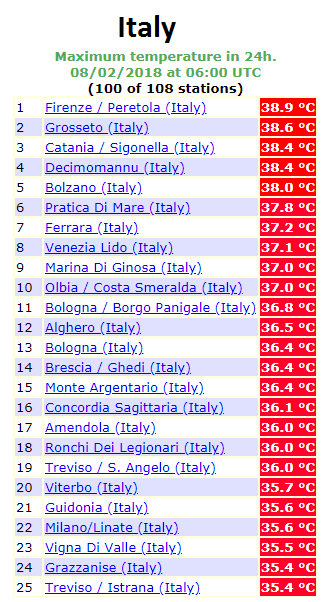 Norway, Sweden and Finland: Fennoscandia continues with impressively high temperatures also this month, up to +33 °C again recorded across parts of the Lapland! 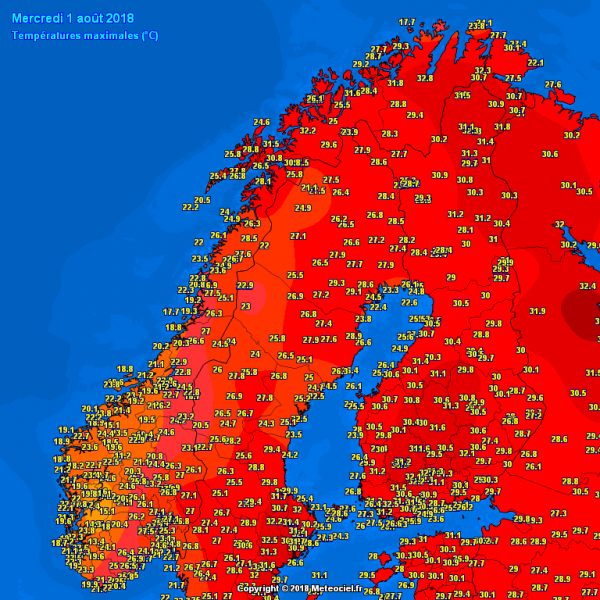