More or less as expected, hurricane Dorian has continued intensifying overnight and has reached Category 5 strength. Destructive 175 mph (= 280 km/h) winds with gusts exceeding 200 mph (= 320 km/h) have been reported by Hurricane Hunters in latest recon, well above any model predictions in the past 12-24 hours. Central pressure is 913 mbar according to the latest dropsonde data. Dorian is moving directly into the northern Bahamas and will likely result in widespread destruction from both violent winds and high storm surge!

Data from an Air Force Reserve Hurricane Hunter aircraft indicate that Dorian has continued to intensify, and now has maximum
sustained winds near 175 mph (280 km/h), with a minimum central pressure of 922 mb (27.23 inches).

The eyewall of Hurricane Dorian is currently moving onto the Abaco Islands, resulting in a life-threatening situation with violent 175 mph winds. The main hazards with this extremely dangerous and potentially destructive hurricane are:

Morning satellite imagery, VIS and IR channel reveal a classic textbook shape of a major hurricane, with completely closed thick eyewall surrounding a large eye. No signs of eyewall replacement cycle yet, so Dorian is expected to cross Bahamas at the same or even higher strength. 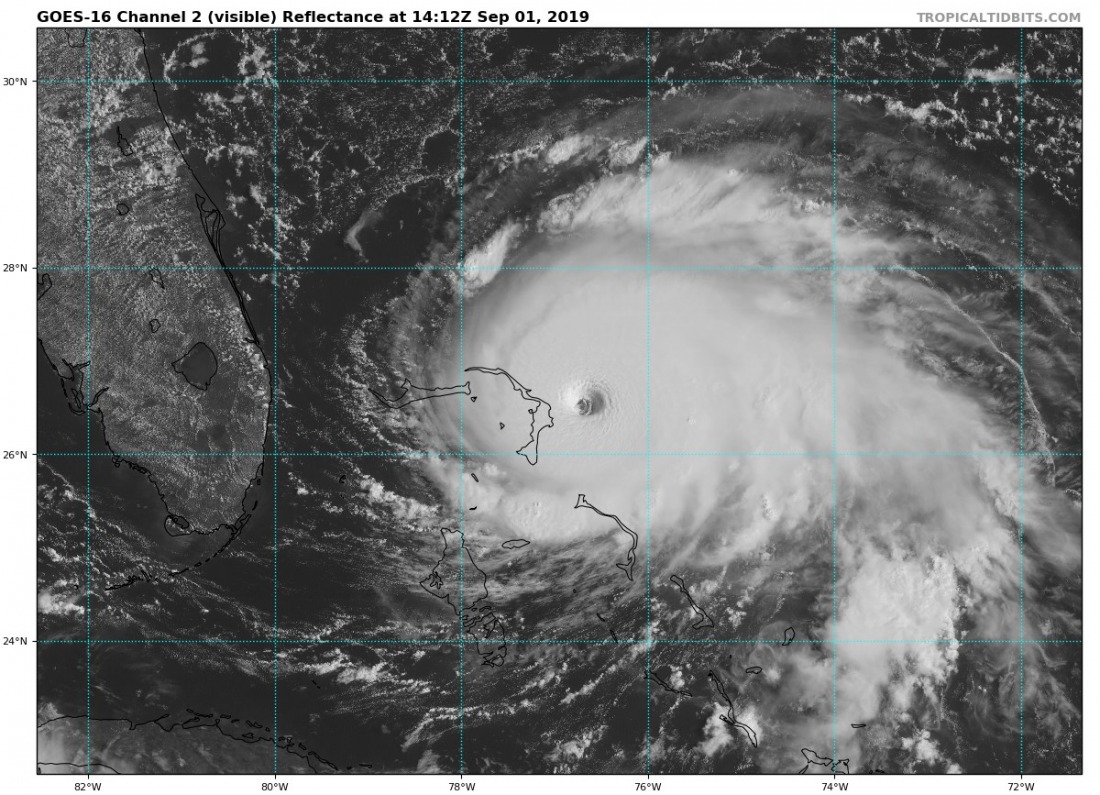 Latest radar imagery of Dorian, scanned from the radar in Bahamas. An impressive thick closed eyewall – not something you would want to see if living in the Bahamas right now!

NOAA Hurricane Hunters flight has brought impressive data, penetrating the eyewall from all quadrants. Extremely impressive 180-200 mph flight level winds have been recorded, while SFMR data indicate near 190 mph surface winds – however, those have been adjusted based on dropsonde measurements and have been readjusted to near 175-180 mph! 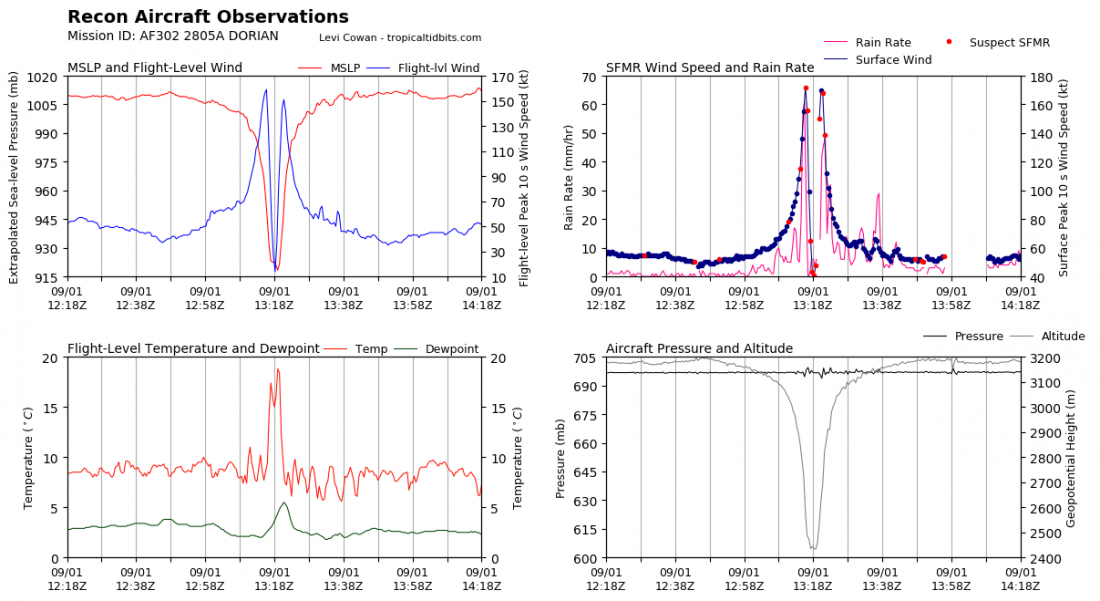 The future track of Dorian remains similar to the latest forecast, the hurricane will probably turn sharply north after it passes the Bahamas tomorrow. A huge amount of rainfall (700-1000 mm) is expected over the region as Dorian is likely to be slow-moving through the next 24 hours before it turns north and accelerates.