As expected, much of Europe is enjoying unseasonally warm weather, a breath of July in mid to late September. The ongoing heat wave is pushing temperatures in the upper 20s and locally even well above 30 °C. We take a closer look at peak temperatures yesterday, September 18.

The Iberian peninsula was mostly in the upper 20s and lower 30s, peaking at 34-35 °C in SW Spain and SE Portugal. 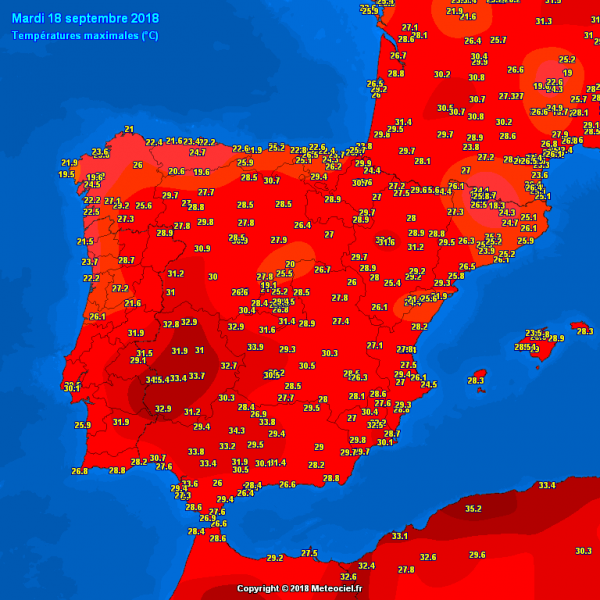 Italy pushed to 31 °C in the northern part and all the way to 33 °C on Sicily. Much of the Balkans was in the upper 20s. 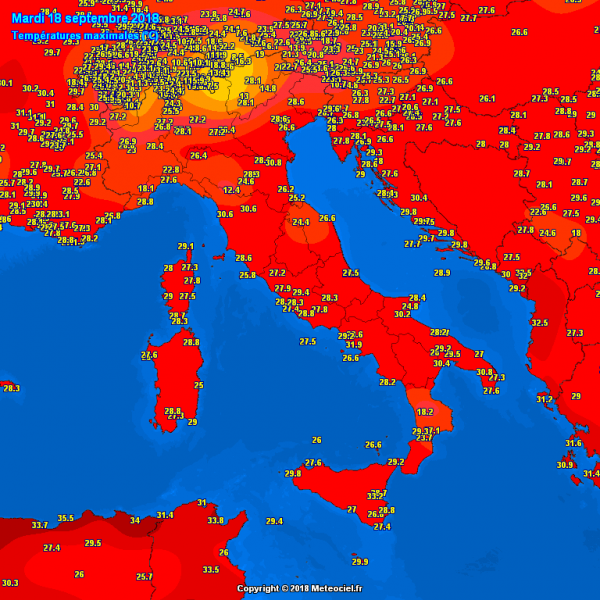 France again pushed above 30 °C in the southwest, with temperatures peaking at 31 °C there. Also up to 31-32 °C in the southeast. Much of the country was in the upper 20s. 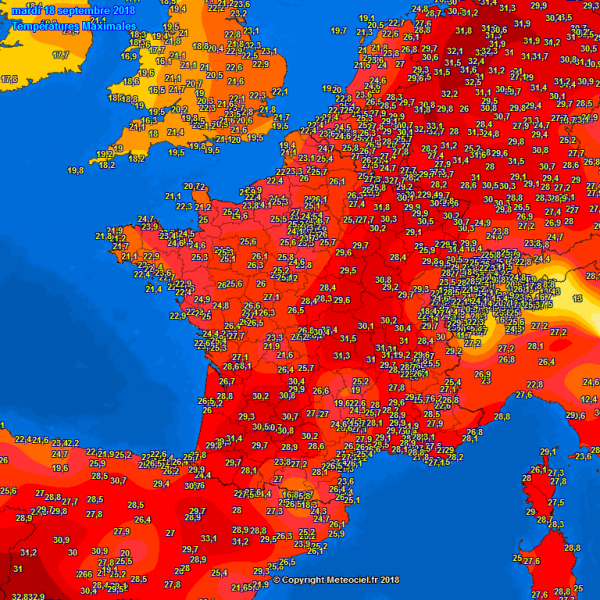 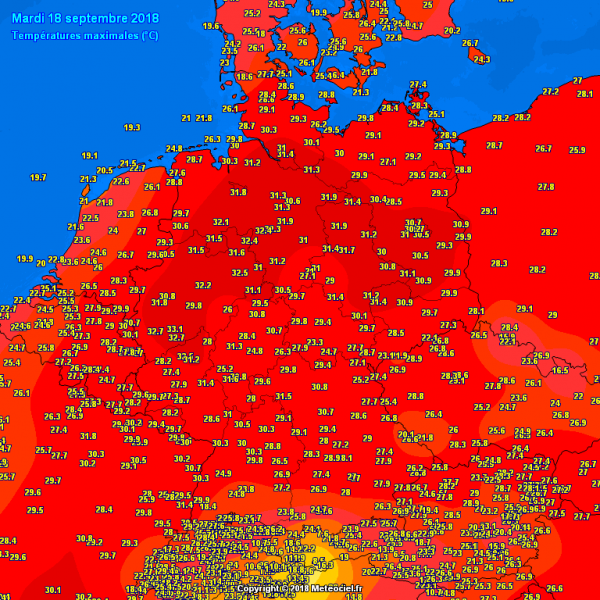 Several more hot days are in store this week, before a sharp pattern change and much cooler weather!