Severe storms with a threat for large hail, severe winds, and torrential rainfall with flash floods are again expected across a large part of central Europe, especially around the Alps into the northern Balkans. A short-wave should provide enough lift for storm initiation under strongly unstable air mass and enhanced shear on Friday. 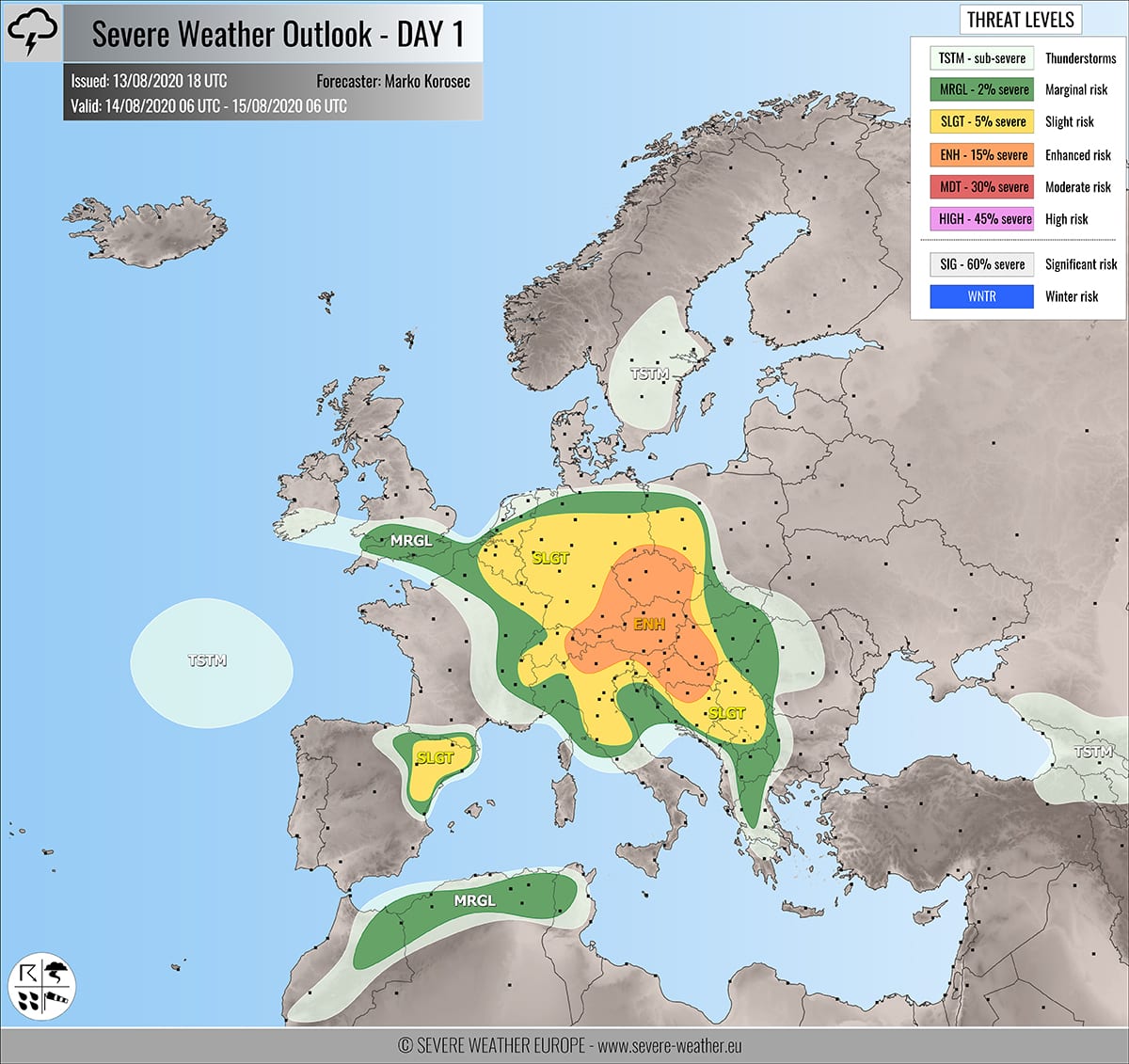 An upper ridge begins strengthening over western Europe and North Atlantic while a very deep low moves from Greenland towards Scandinavia. A new upper low is moving towards the Iberian peninsula. Remnants of the upper low over France act as a short-wave trough across the Alps into northern Balkans. The upper low over western Russia begins weakening while moving east. 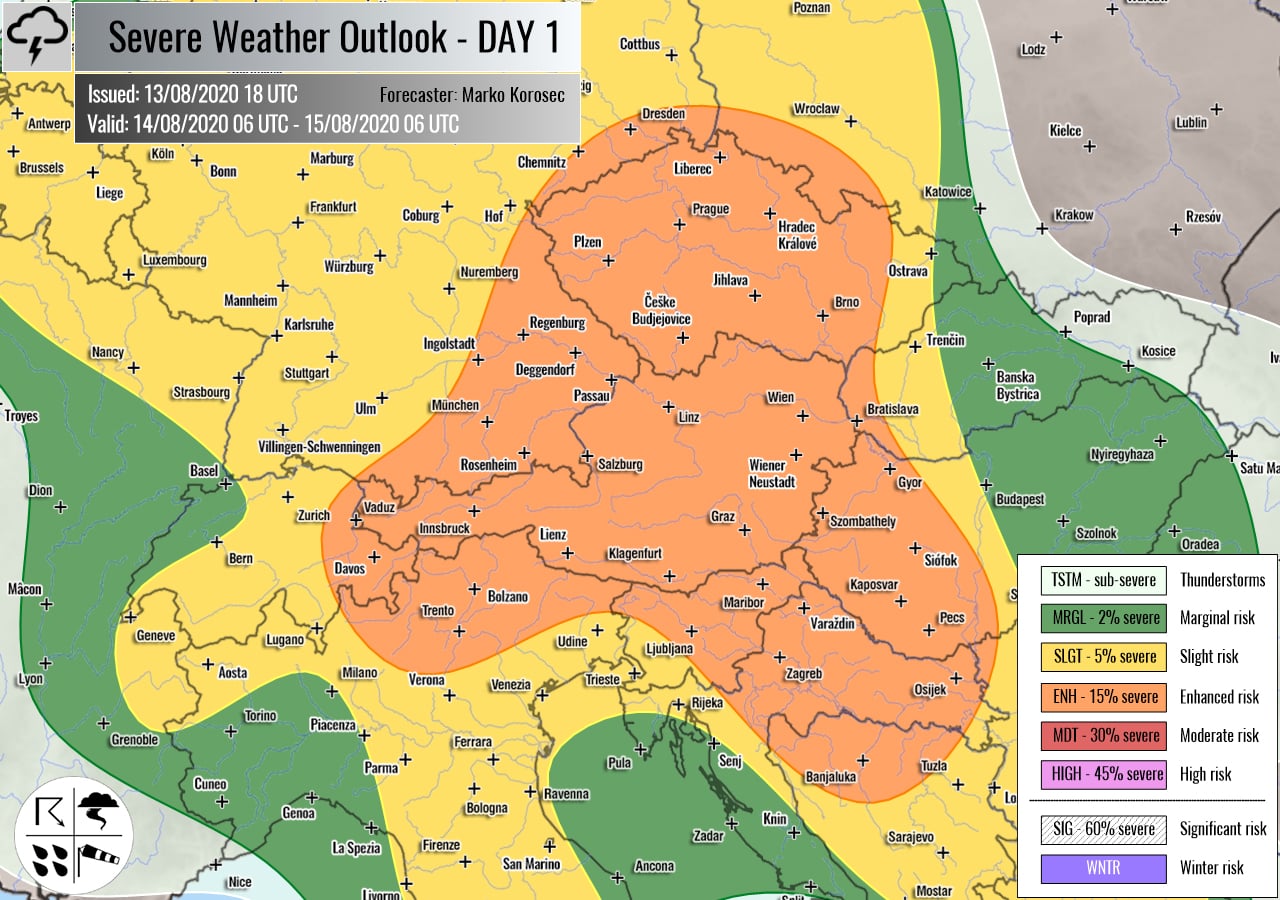 Moderately to locally strong instability is expected to build up within weak to moderate wind shear. Shear increases towards the south. Therefore, areas south of the Alps could face a few supercells with large to very large hail and severe winds. Conditions should support scattered to widespread convective initiation by the early/mid-afternoon and continue into the evening hours.

A still moderately unstable air mass within weak shear north of the Alps should support a rather widespread multicell activity with primary torrential rainfall and flash floods threat. Slow-moving storms are expected and result in high rainfall sums locally. 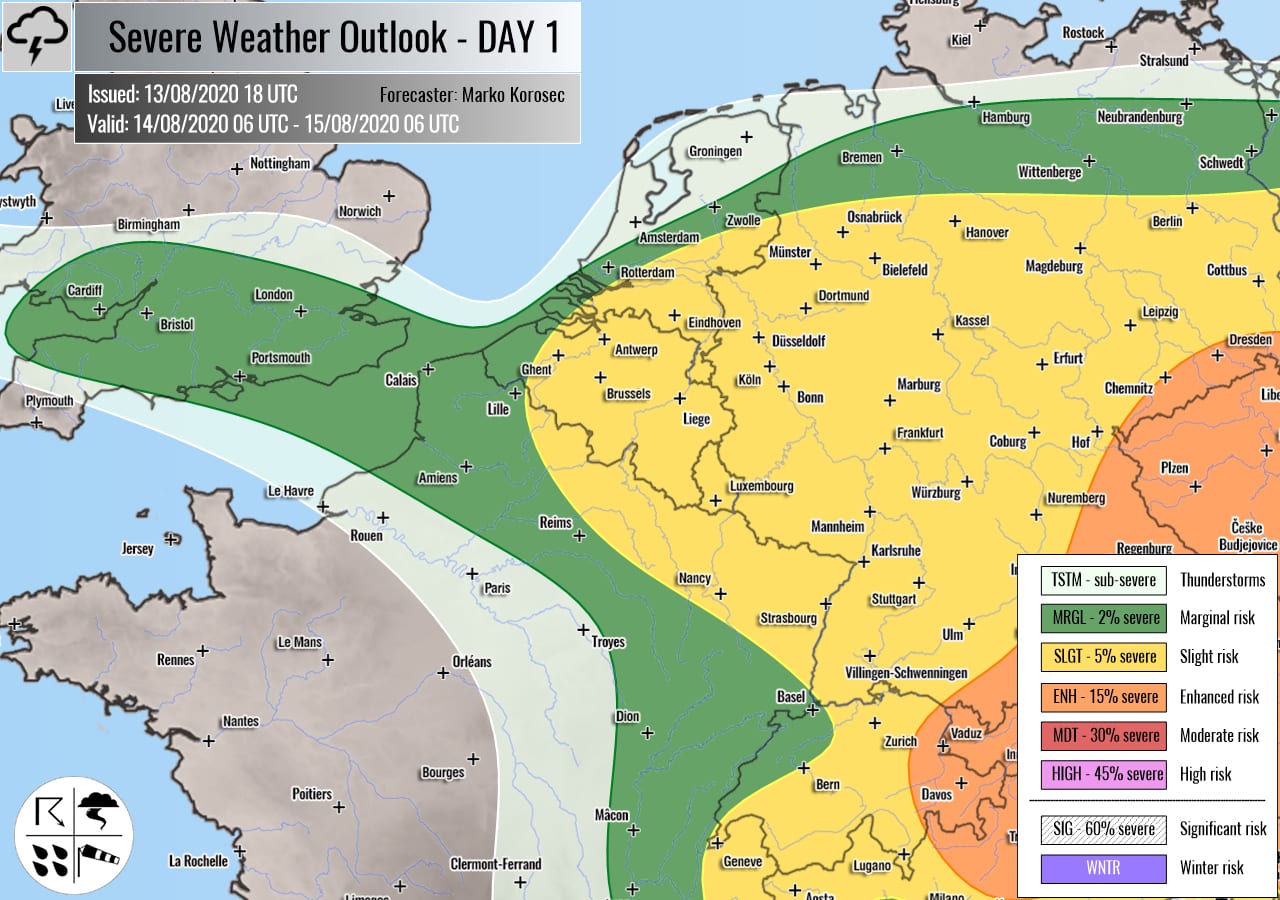 SLGT risk has been issued for northeast France and north-central Germany with a threat for severe storms, capable of producing severe winds, marginally large hail, and torrential rainfall with flash floods.

MRGL risk has been issued for eastern France into southern England and Wales with only an isolated threat for severe storms. Limited shear and instability preclude higher threat and storm coverage.

Overall, yet another day of widespread convective activity within a moderately unstable but weakly sheared environment. Local topography and pre-existing outflow boundaries from the overnight activity will serve as the focus for storm initiation.

Again, mainly multicell storms and small clusters are expected, producing locally lots of rain and flash floods threat due to their slow-moving nature. Storms could extend into the evening hours. 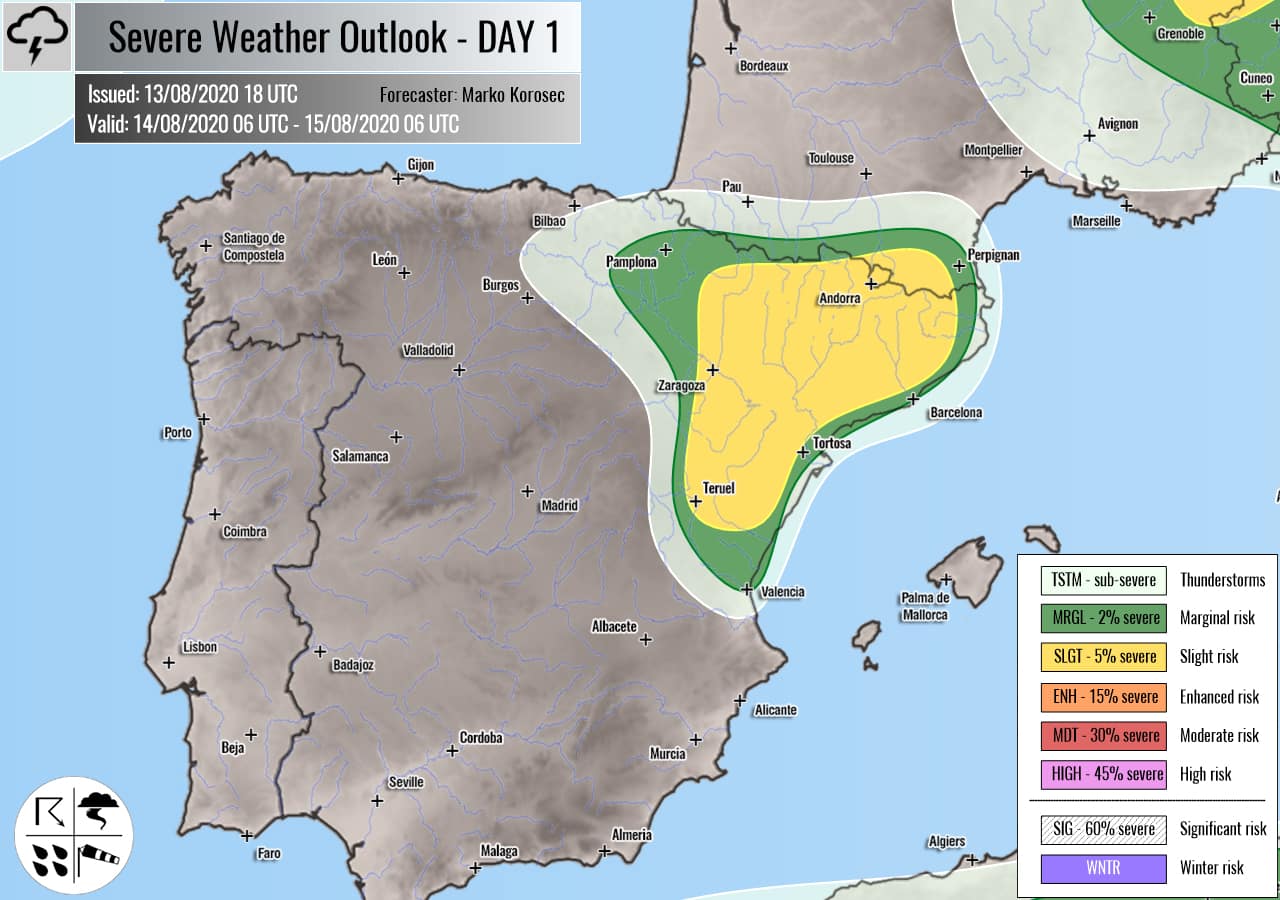 SLGT risk has been issued for northeast Spain with a threat for isolated severe storms, including supercells. Those will be capable of producing large hail, torrential rainfall, and severe winds.

Moderately strong instability builds up with a moisture recovery under an approaching new upper low. At the same time, wind shear also increases. This should support organized storms again. A few isolated supercell storms are likely to bring large hail and severe winds in the afternoon.

TSTM risk areas have been placed across southern Sweden, southern Ireland, west Bay of Biscay, and Georgia with a threat for daytime driven storms. Limited shear is present, so the storms should remain sub-severe.