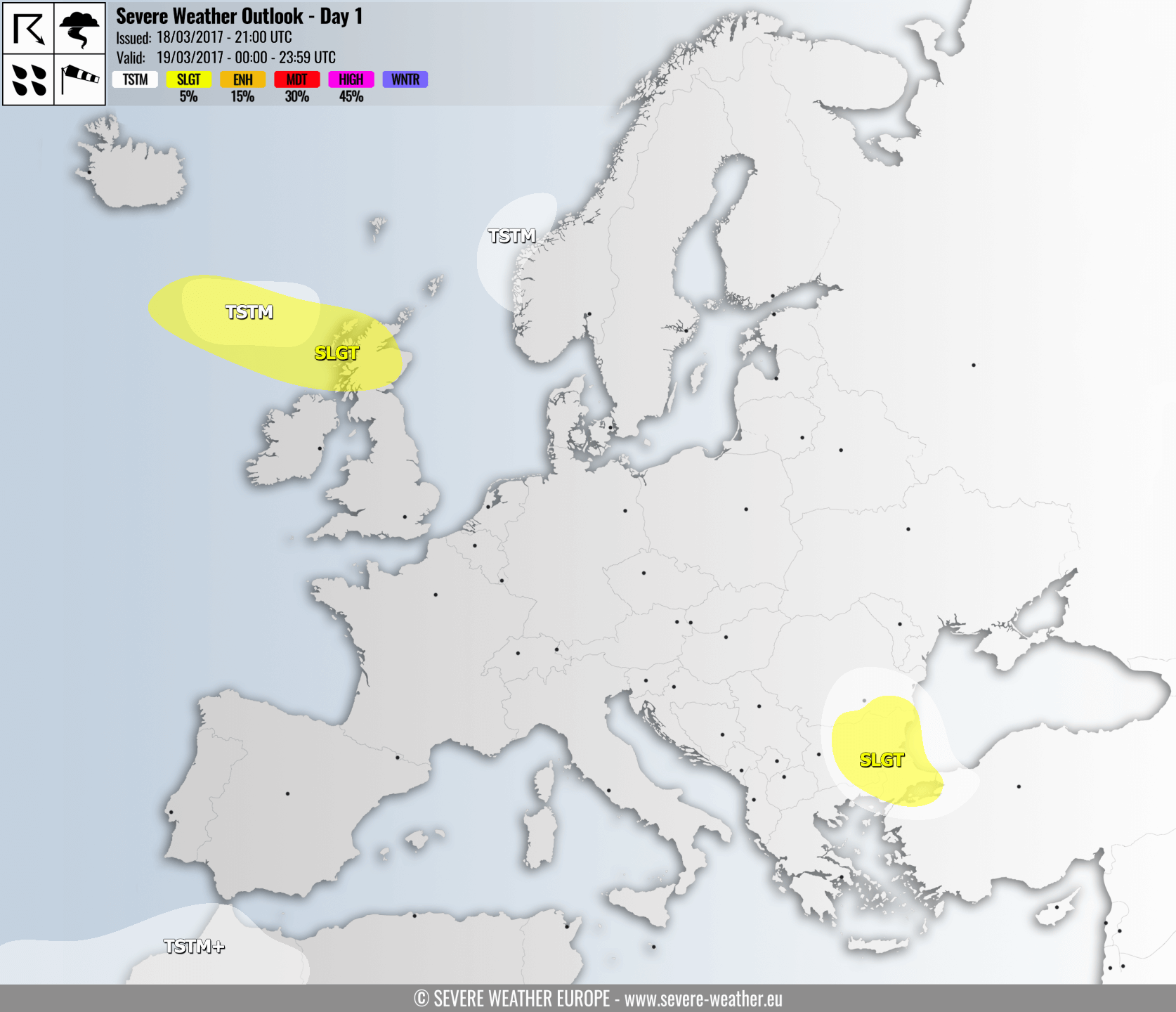 A SLGT risk has been issued for N Atlantic into N Scotland with threat for severe winds, locally in excess of 100 km/h. First wave affects Scotland in the morning hours, while another wave arrives later in the evening.

A SLGT risk has been issued for S Romania, E-CNTRL Bulgaria and extreme NW Turkey with threat for isolated storms with marginally large hail, severe winds and heavy rainfall.