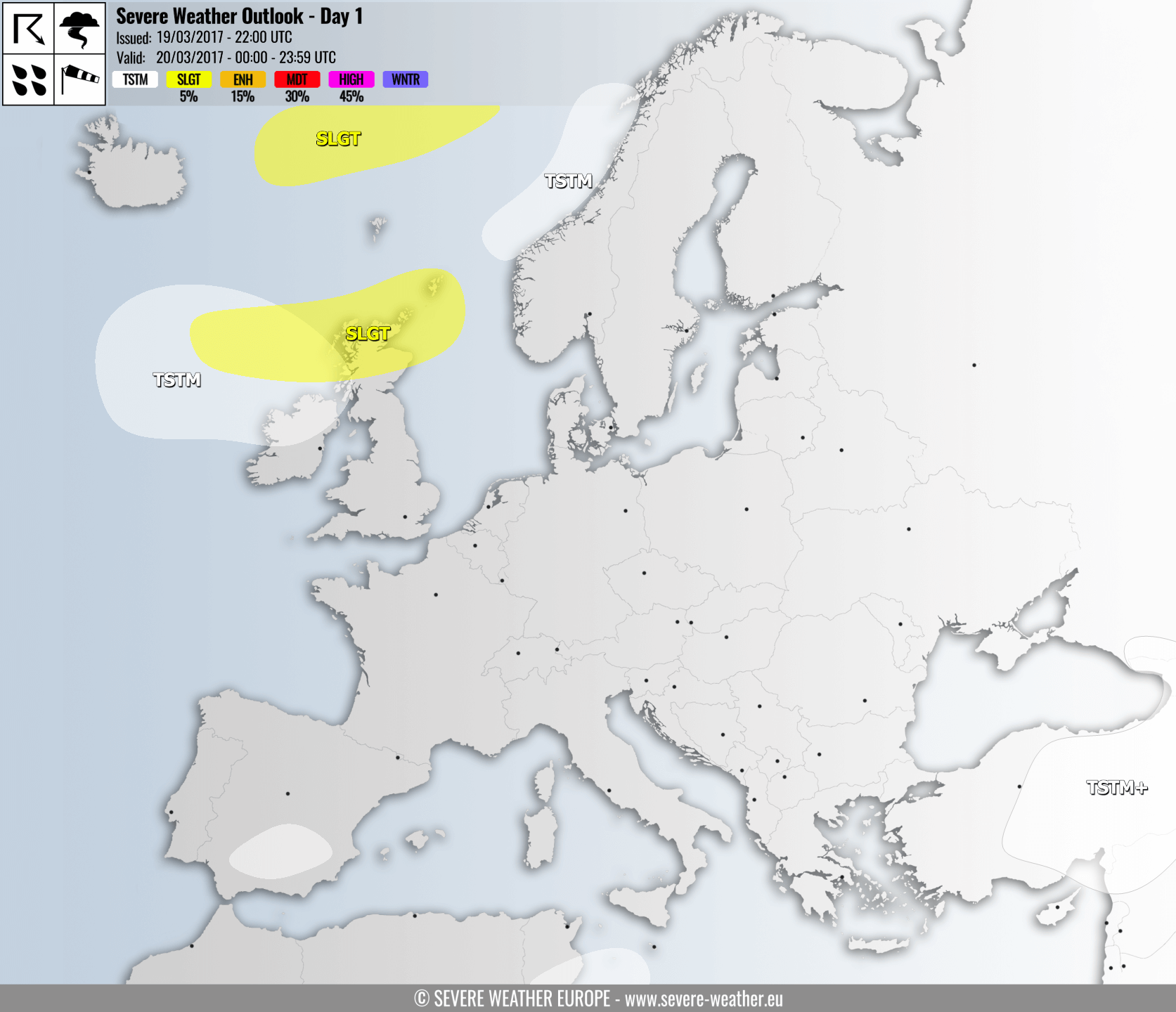 A SLGT risk has been issued for N British Island across N North Sea with threat for severe winds, gusts locally in excess of 100 km/h.

A SLGT risk has been issued for N Norwegian sea with threat for non-convective severe winds, peak gusts in excess of 110 km/h.

TSTM risk areas placed where some convective storms are expected, but only very limited severe threat exists. Some more organized storms could ocur across E Turkey. 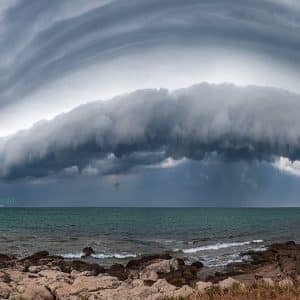