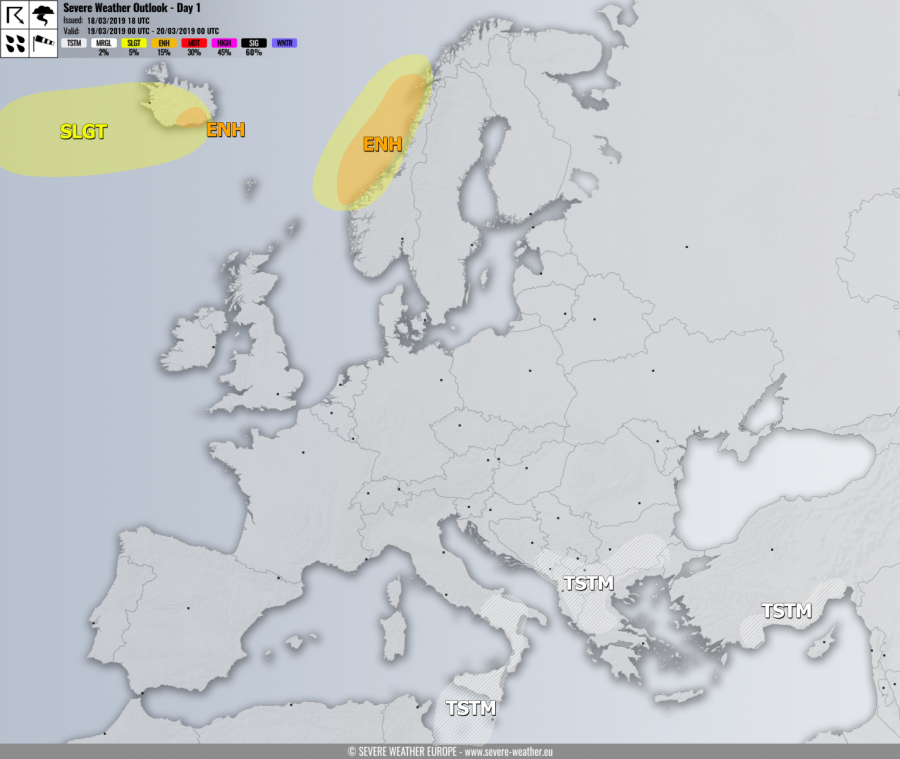 ENH risk has been issued for the SSE Iceland with threat for severe to extremely severe wind gusts. Downslope wind gusts could locally exceed 120 km/h.

ENH / SLGT risks have been issued for the Norwegian sea into western Norway with threat for severe to extremely severe wind gusts, locally reaching 110-120 km/h.

SLGT risk has been issued for west and south Iceland into the north Atlantic with threat for severe winds in excess of 90 km/h.