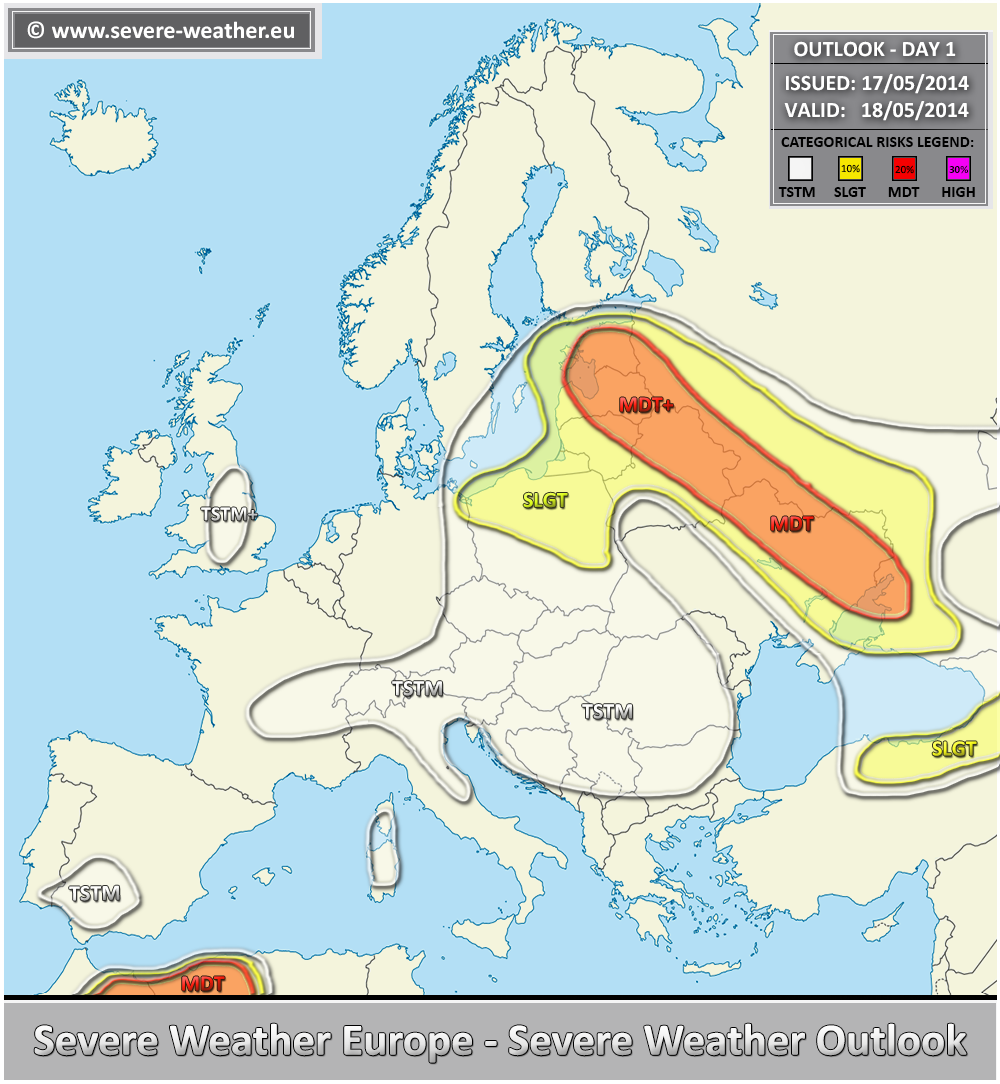 A MDT+ / MDT risk has been issued for E Ukraine across most of Belarus into Baltic States with threat for very large hail, damaging winds, tornadoes and torential rain. Strong instability locally in excess of 2000 J/kg overlaped with moderate strong 30-50 kt shear and SR helicity around 200-400 J/kg are again supportive for rapid development of widespread severe storms across the risk area in the afternoon hours as well as into the night with possibly one or two large clusters of storms spreading NNW-wards.

A SLGT risk has been issued for surrounding areas of MDT risk with threat for large hail, strong to severe winds, heavy rain and some tornado threat.

A SLGT risk has been issued for NNE Turkey with threat for isolated severe storms with large hail, heavy rain and severe winds threat.

A MDT / SLGT risk areas has been issued for NE Morrocco and NW Algeria with threat for large hail, torrential rain / flash floods and severe winds as widespread severe storms are again likely to develop around the Atlas mountains and spread east across the risk area.

Another area of interest on Sunday is central UK where conditions could support some isolated severe storms along the front. The limiting factor is marginal instability de-coupled from the main shear further west. If storms form, some marginal hail and severe winds are possible.