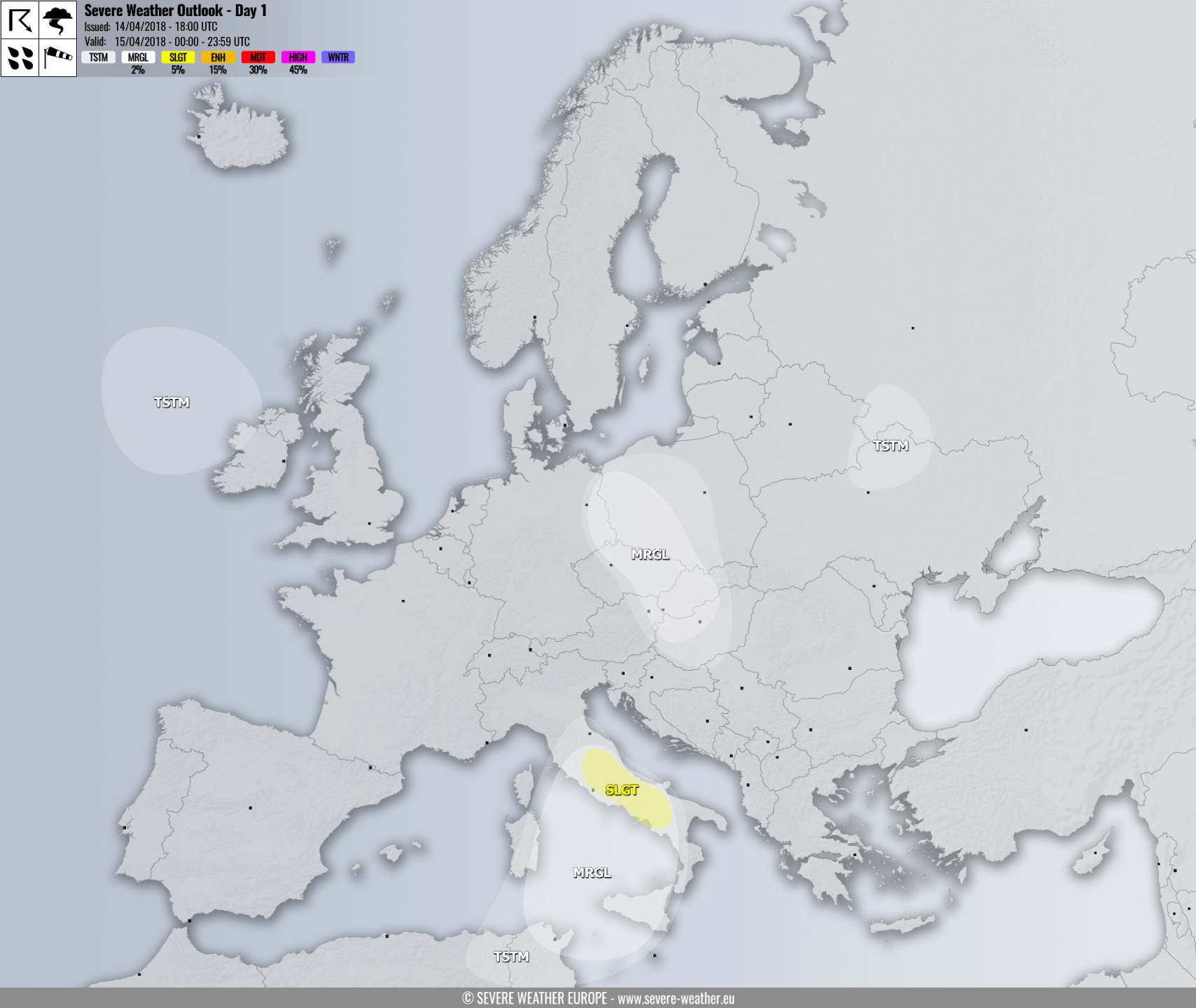 A SLGT risk has been issued for central Italy with threat for severe storms, capable of producing marginally large hail, severe winds and torrential rainfall. Being under a weak upper low, a lot of convective activity will be on going during the daytime hours.

A MRGL risk has been issued for central Italy, Tyrrhenian sea into N Tunisia with similar threat as within the SLGT risk area, but more isolated storms are possible.