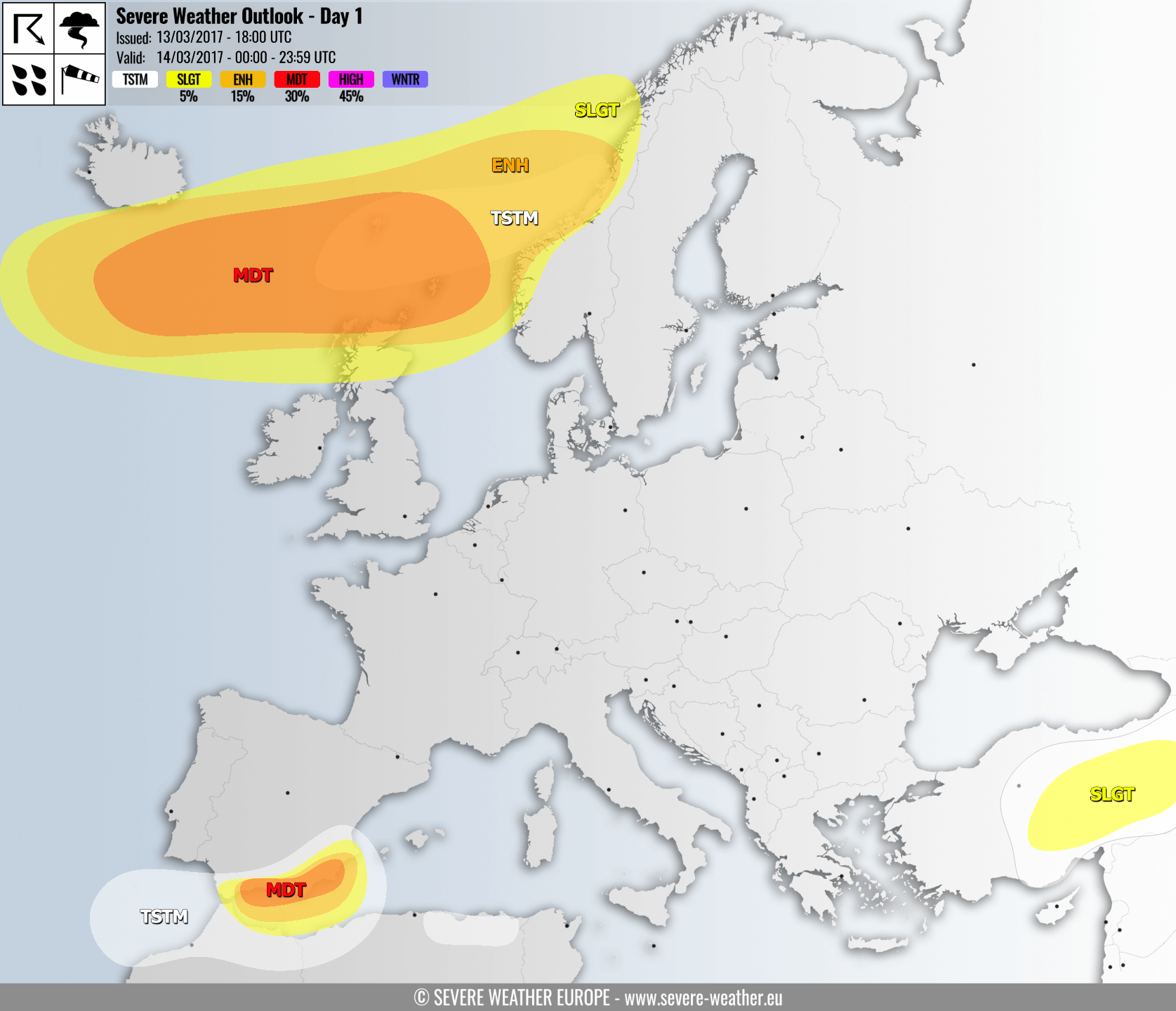 Ridge dominates Europe and still strenghtening across W-CNTRL Europe. A large trough with deep cyclone moves from N Atlantic towards Scandinavia and bring a powerful windstorm across Faroe Islands towards Norway. A small upper low moves from SW Mediterranean towards Gibraltar. A large but weakening upper low continues E across Turkey.

A MDT risk has been issued for N Atlantic, including extreme N Scotland and Faroe Islands with threat for extremely severe non-convective winds in excess of 130 km/h. Very cold mid levels should also bring some convective nature of the winds and isolated storms with graupel showers are expected as well. Huge waves / swell from the west across this area.

ENH/SLGT risk areas have been issued surrounding the MDT risk with threat for severe to extremely severe winds in excess of 120 km/h. Windstorm threat should gradually move towards coastal W-CNTRL Norway in the afternoon/evening hours.

A MDT risk has been issued for SSE Spain with threat for severe storms with damaging winds, torrential & excessive rainfall, some tornado threat and lesser extent for marginally large hail. Slow moving storms should locally result in high amounts of rainfall, even in excess of 100 mm and therefore flash floods threat is expected.

ENH/SLGT risk areas have been issued for SSE Spain into extreme SW Mediterranean with threat for severe storms with torrential & excessive rainfall and severe winds. A tight pressure gradient in the strait between Spain and Morocco will result is severe winds in excess of 100 km/h towards Gibraltar.

A SLGT risk has been isssued for E Turkey with threat for isolated severe storm with large hail and severe winds threat.