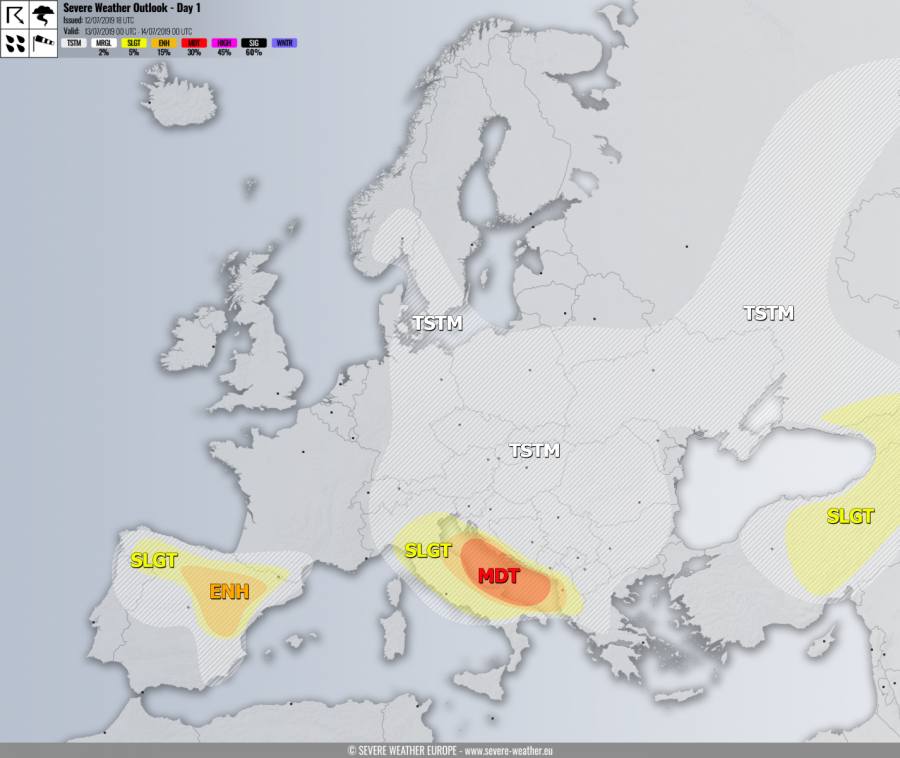 Deep long-wave trough persists across the eastern half of Europe with a pronounced short-wave across the W Balkans and Adriatic sea. To the west, ridge expands from N Atlantic across W Europe into the SSW Mediterranean. A small but deep upper low crosses Iberia. 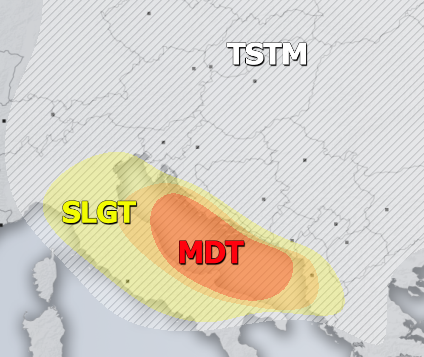 MDT / ENH risks have been issued for south-central Adriatic sea region including E Italy and W Croatia into S Montenegro and W Albania with threat for severe storms, capable of producing severe winds, torrential / excessive rainfall, large hail and some tornado / waterspout threat. A cold front pushes across the region from north to south, starting by early morning hours across N Adriatic. While spreading south during the day, storms will fuel from moderate instability within a rather strongly sheared environment. Organized storms including some supercells are expected to develop, posing threat for damaging winds and large hail. Storms should gradually cluster into one or two larger systems by afternoon hours over the central Adriatic Sea. Some tornado or waterspout threat exists across the southern parts of the MDT risk area where enhanced SR helicity will be in place. Risks have been extended towards Albania due to the potential for the evening MCS moving through. 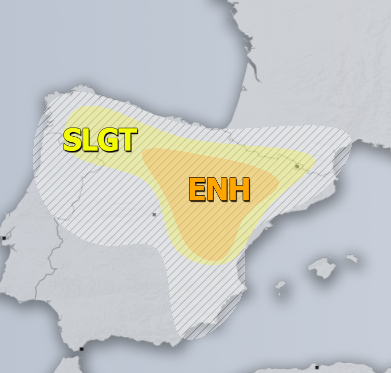 ENH / SLGT risk have been issued for NNE Spain with threat for severe storms, capable of producing severe winds, large to very large hail and torrential rainfall. Rather widespread activity of organized storms is expected associated with the moving upper low, providing large-scale ascent for storm initiation. Moderately strong instability and shear should support supercell storms with large hail and severe winds threat. The clustering of storms could occur by late afternoon hours across NE Spain towards the Pyrenees. 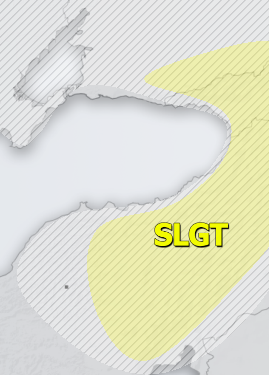 SLGT risk has been issued for E Turkey into Georgia with threat for severe storms, capable of producing severe winds, large hail and torrential rainfall.