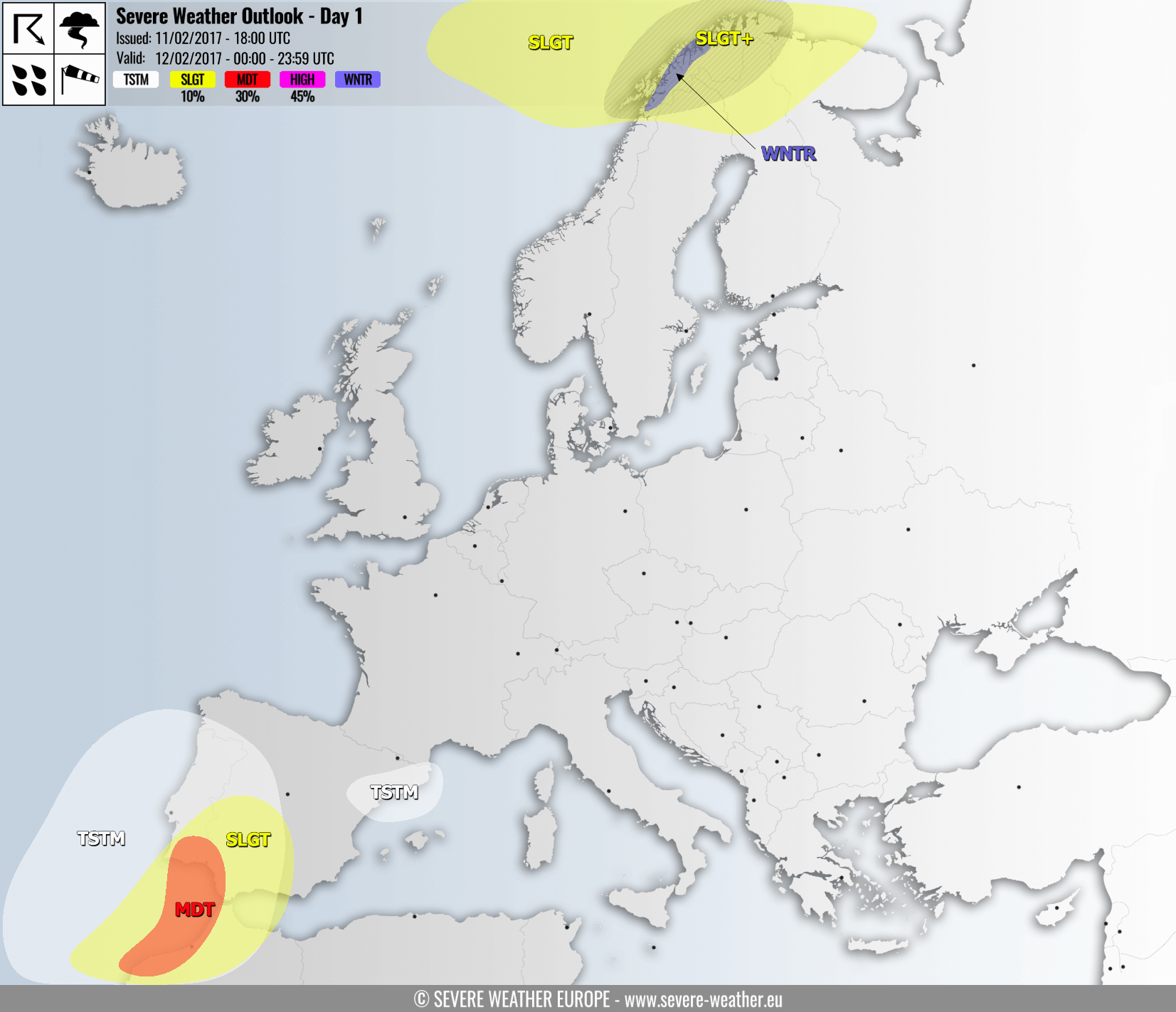 An extensive upper ridge dominates Europe, centered across the N Atlantic and NW Europe. A deep upper low is rotating SW of Iberian peninsula, resulting in unsettled conditions in Spain, Portugal and Morocco. A powerful cyclone travelling north of Scandinavia towards E.

A MDT risk has been issued for extreme SW Spain and towards extreme NW Morocco with threats for severe winds, excessive torrential rainfall, marginally large hail and to a lesser extent for tornadoes. The main focus for dangerous weather will be a sharp cold front pushed from the SW in the afternoon and early evening hours.

A SLGT risk has been issued for surrounding areas of the MDT risk across S Spain and NW Morocco where a lesser coverage of severe storms is expected. Threats for severe winds and marginal hail exist in the area.

A WNTR risk has been issued for higher elevations of N Norway where excessive snowfall will result from the strong orographic precipitation from the Atlantic.