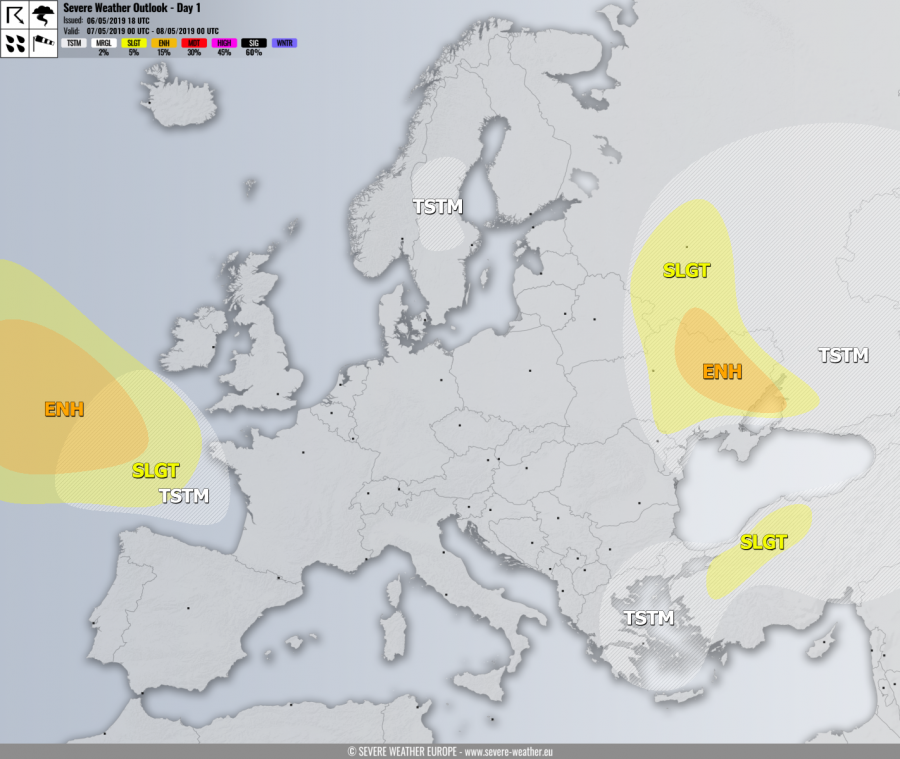 A deep trough over Europe weakens with its southern edge cutting off over the SE Balkan peninsula. An associated cold front advances further NE and affect far ESE Europe. A new deep trough pushes from N Atlantic into the Bay of Biscay with an intense surface cyclone. 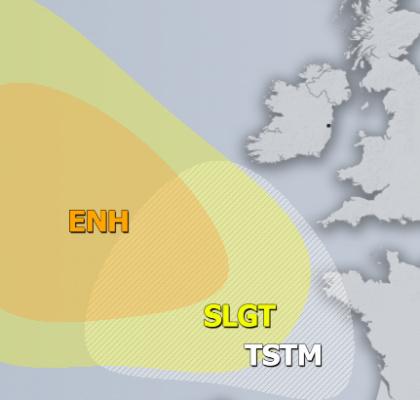 ENH / SLGT risks have been issued for the Bay of Biscay with threat for severe to extremely severe winds in excess of 100-120 km/h. 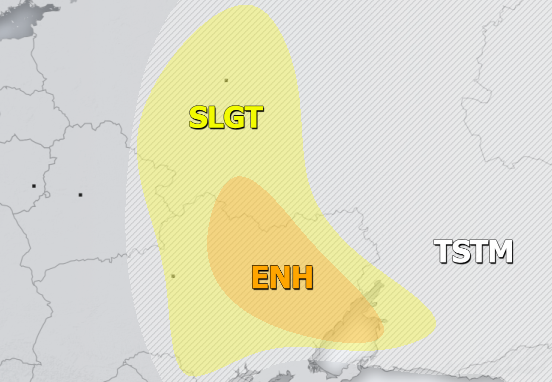 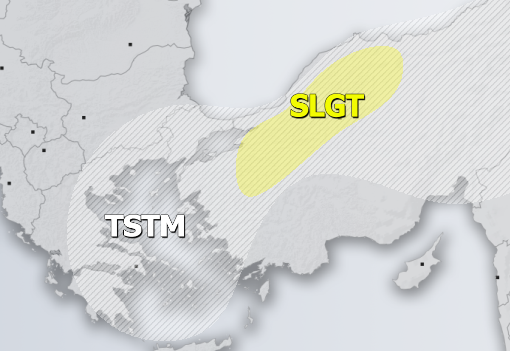 SLGT risk has been issued for NNW Turkey with threat for severe storms, capable of producing severe winds, large hail and torrential rainfall.

Share on TwitterShare on RedditShare on FacebookShare on PinterestShare on WhatsApp
Exceptional dusty tornado near Tahoka, Texas + more severe supercells across the south of the US - May 5, 2019
← Previous
Deep low and windy weather for the Bay of Biscay, western France and northern Spain - May 7-8, 2019
Next →
Comments are closed.