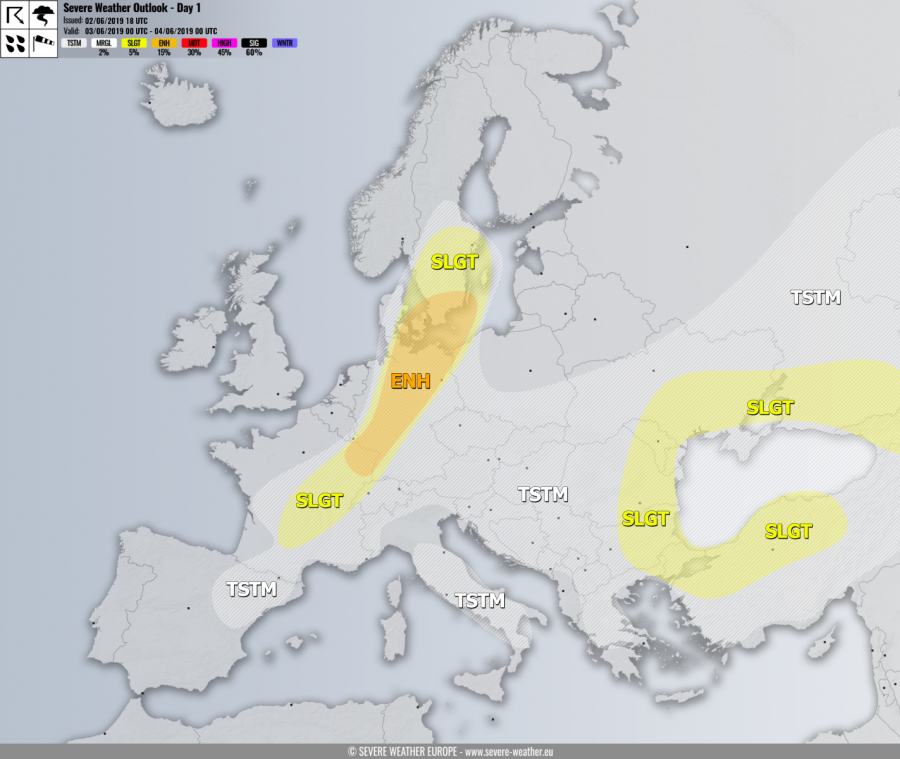 A large upper trough sits over N Atlantic and W Europe while an upper low remains over the S Balkans. In between an upper ridge remains over across SW, central and ESE Europe. 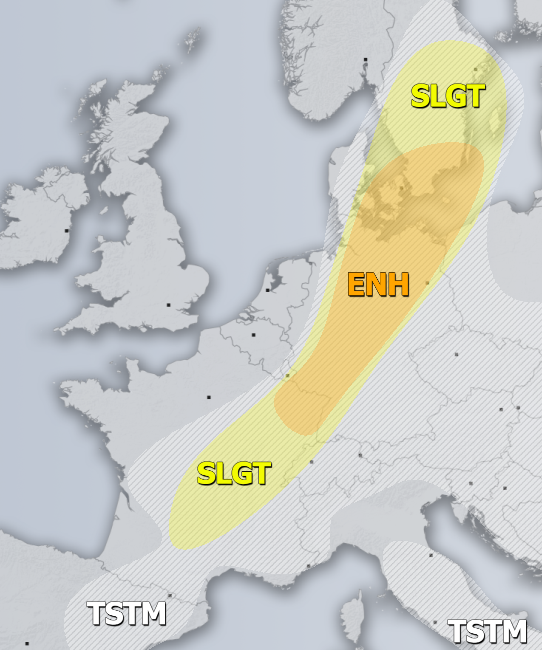 ENH / SLGT risks have been issued for E France across parts of Germany into S Sweden with threat for severe storms, capable of producing torrential / excessive rainfall, large hail and severe winds. Quite widespread activity is expected along the moving surface cold front. Strong instability overlapped with moderate shear should result in organized storms during the afternoon and evening hours when storms could merge into larger clusters. 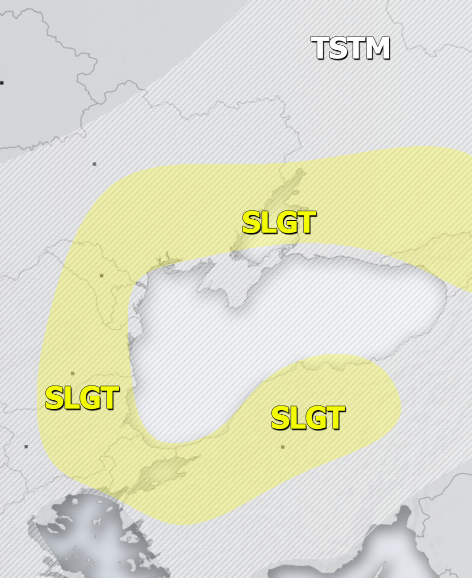