Early June pattern across Europe reveal a finally early summer weather establishing, as deep troughs / lows over W Europe are resulting is warm advection over a large part of our continent. Dynamic weather with widespread severe storms are expected over parts of west-central Europe as well this week.

An upper low is centered over the S Balkan peninsula, surrounded by high-pressure systems / ridging pattern across SW, central, east and north Europe. A deep trough is located over N Atlantic and W Europe. This pattern is resulting in much warmer weather across a large part of Europe, except the W parts and S Balkans and Mediterranean. 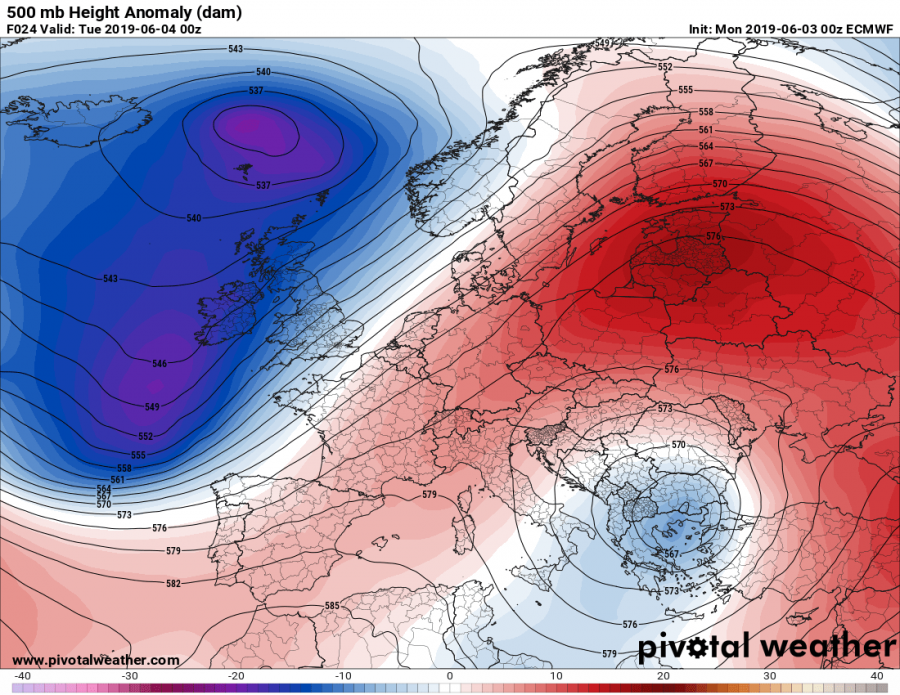 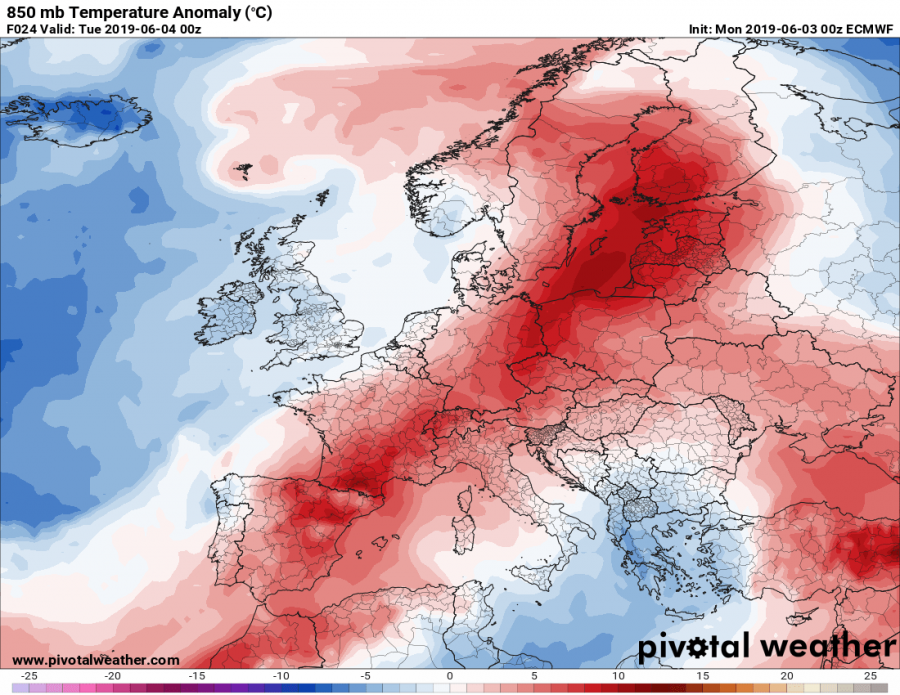 A similar pattern to Tuesday’s as a strong ridge persists over ENE Europe and an upper low remains over the S Balkan peninsula. A deep trough over Atlantic drifts more east into WSW Europe as ridge diminishes there. Very warm airmass spreads into central Europe with low 30s over Germany. Severe weather is also expected there. 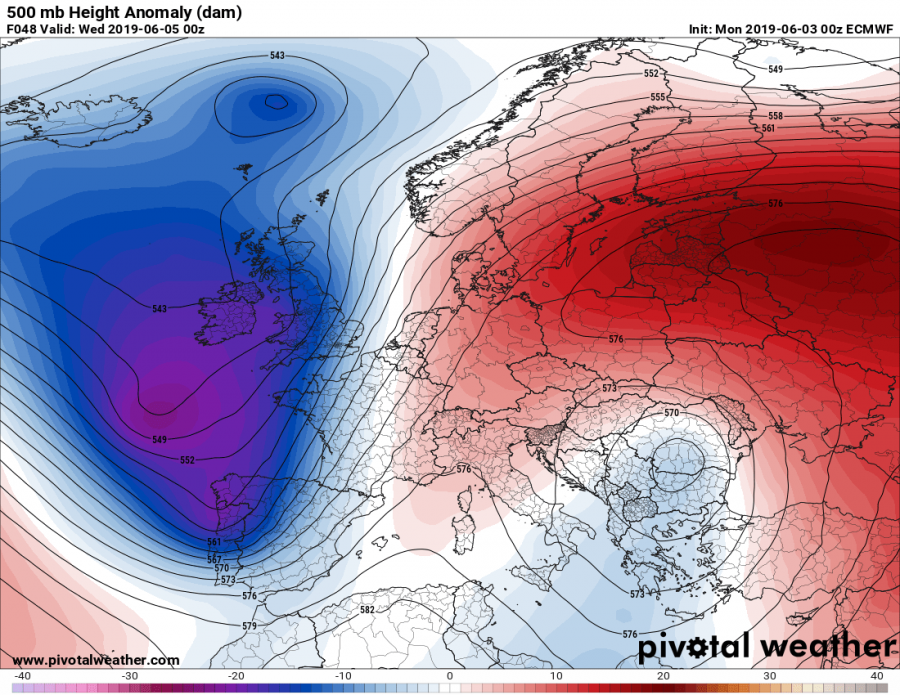 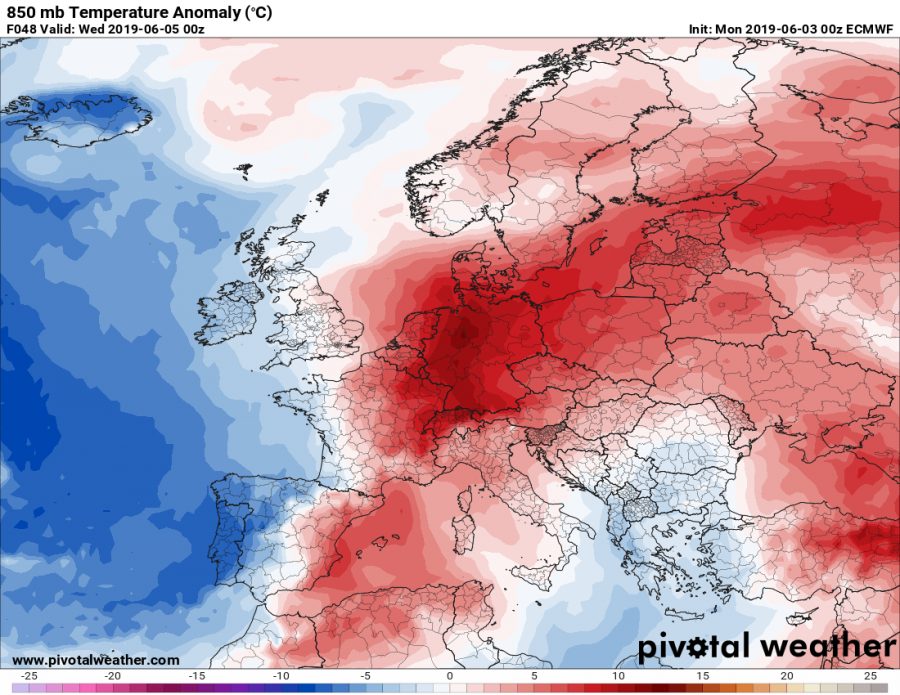 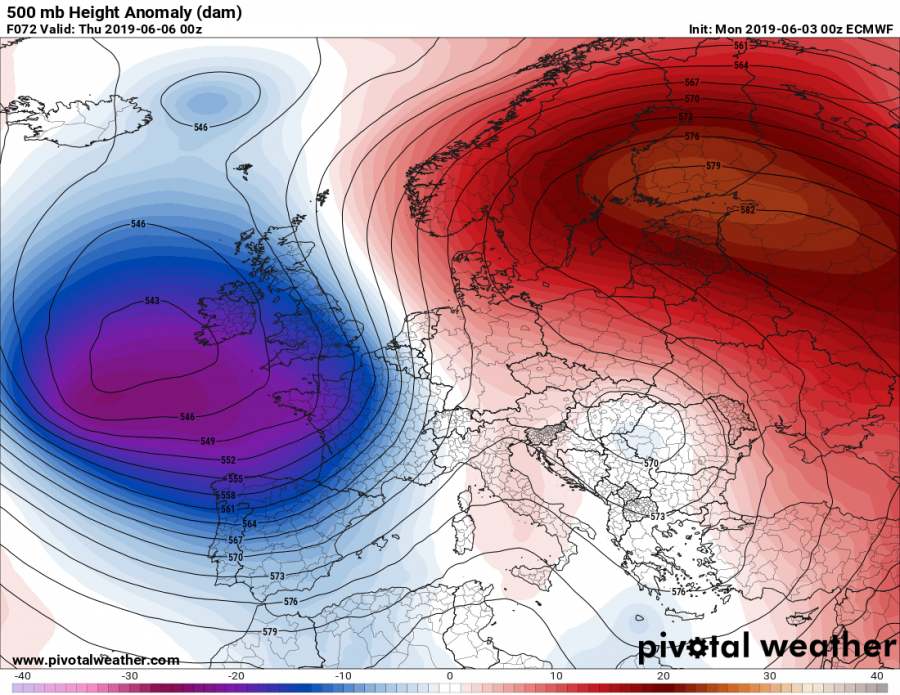 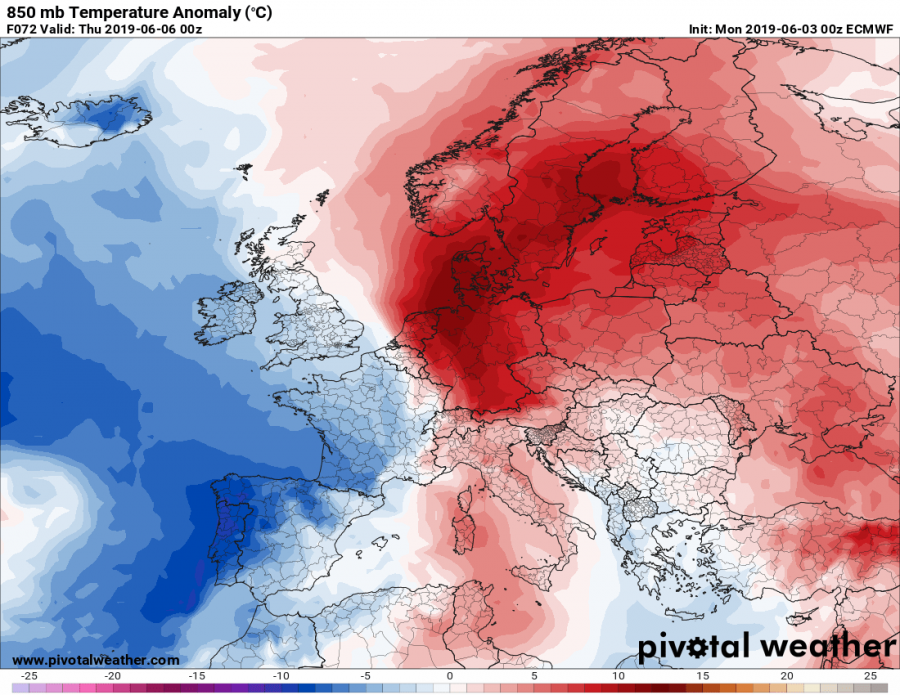 Very similar pattern as the day before with a very deep low over the Bay of Biscay and Iberia, resulting in very cold weather across the region. Strong ridge persists across NNE Europe with very warm weather over Scandinavia. 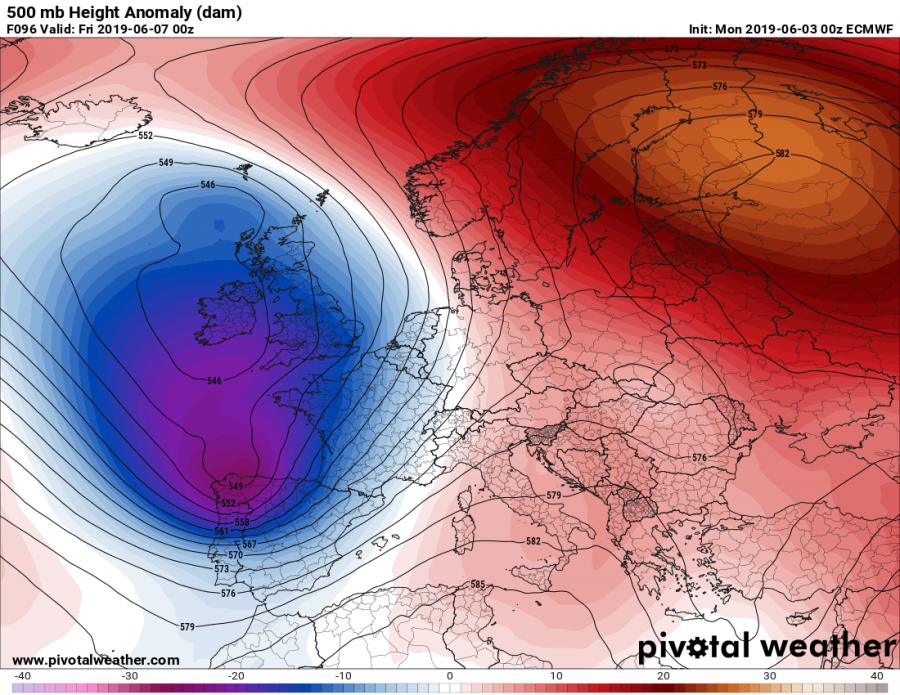 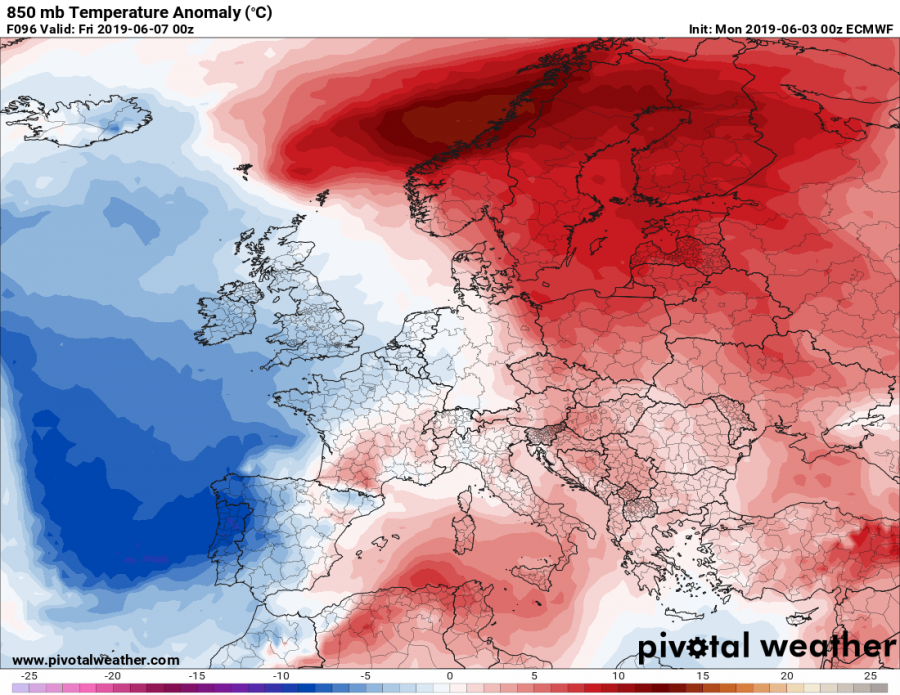 Deep low over WSW Europe breaks apart into several smaller lows, one of them is being pushed towards central Europe. Ridge builds up over the Mediterranean and Balkan peninsula, resulting in warmer weather as well. 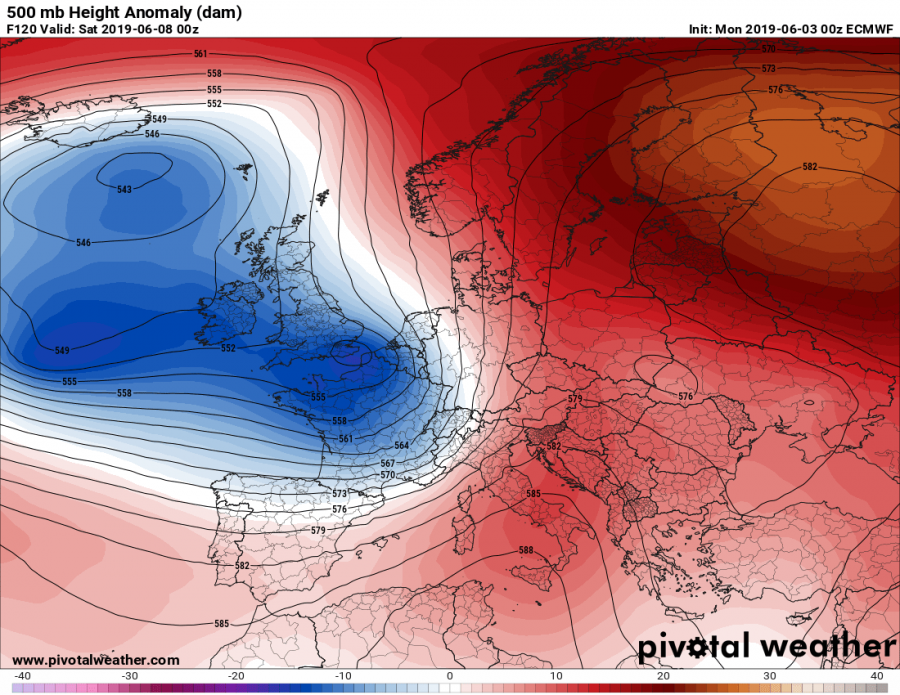 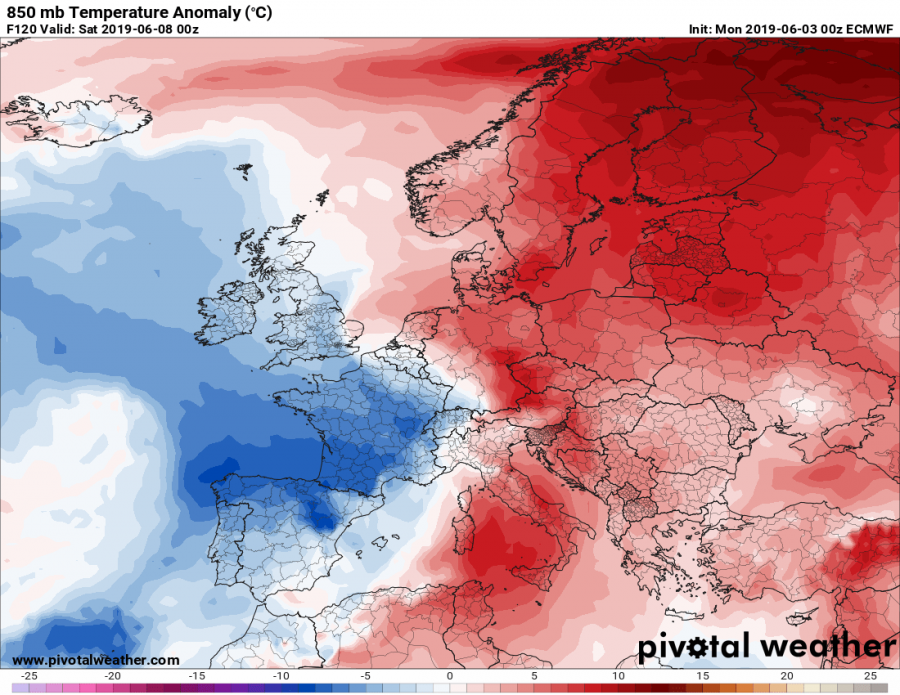 Upper low persists over W Europe with the strong zonal flow on its southern flank towards continental Europe. Cooler weather spreads into central Europe as well, mostly north of the Alps. Ridge extends across N, E, central and SSE Europe with warm weather. 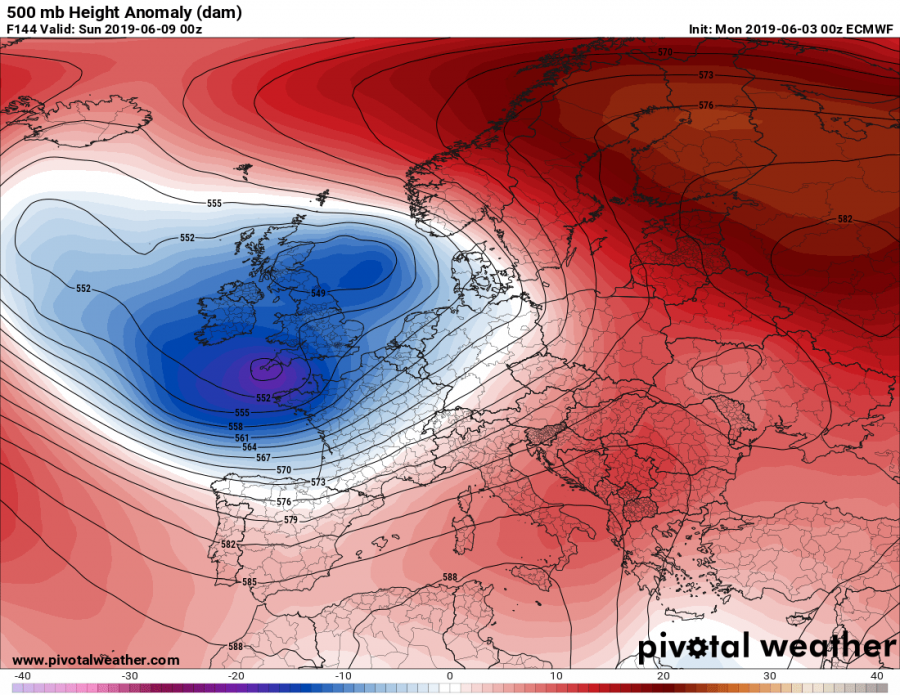 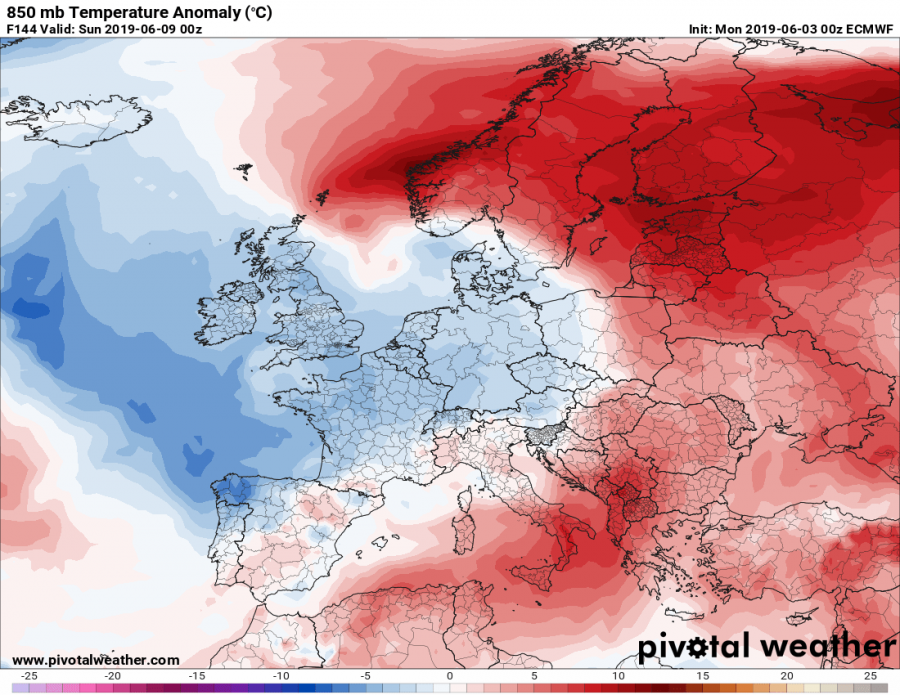 The upper low over WSW Europe strengthens again while ridging persists across the rest of Europe. Cooler weather continues across France and Iberian peninsula. 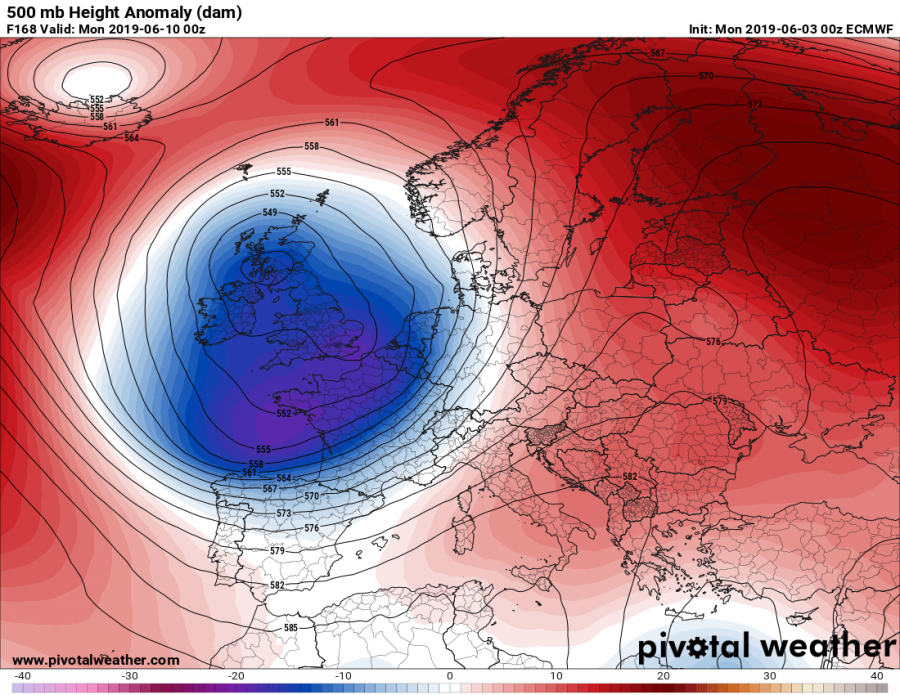 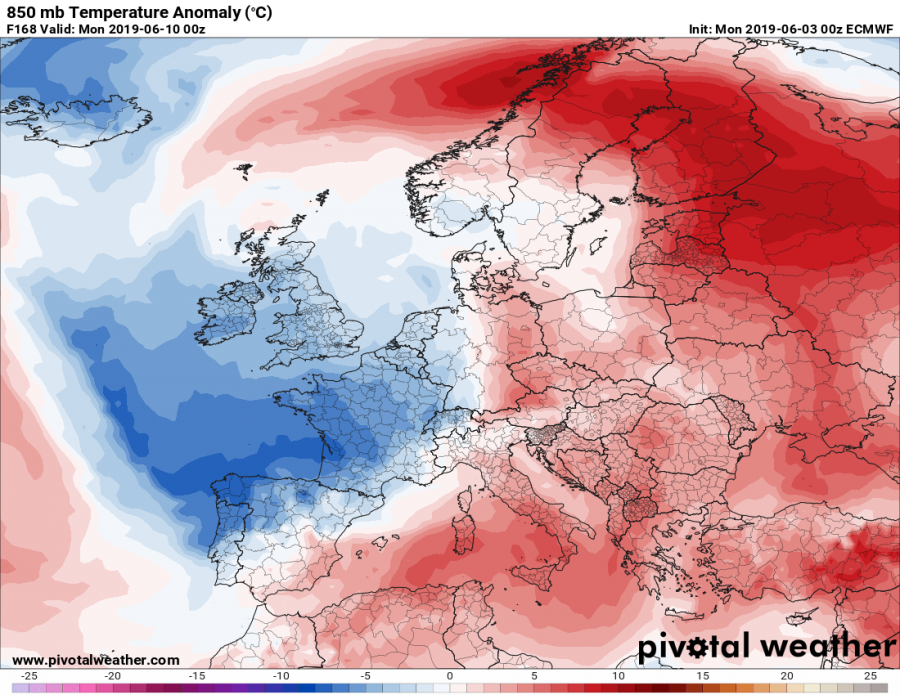 Stay tuned for additional details on the pattern evolution during the coming days!