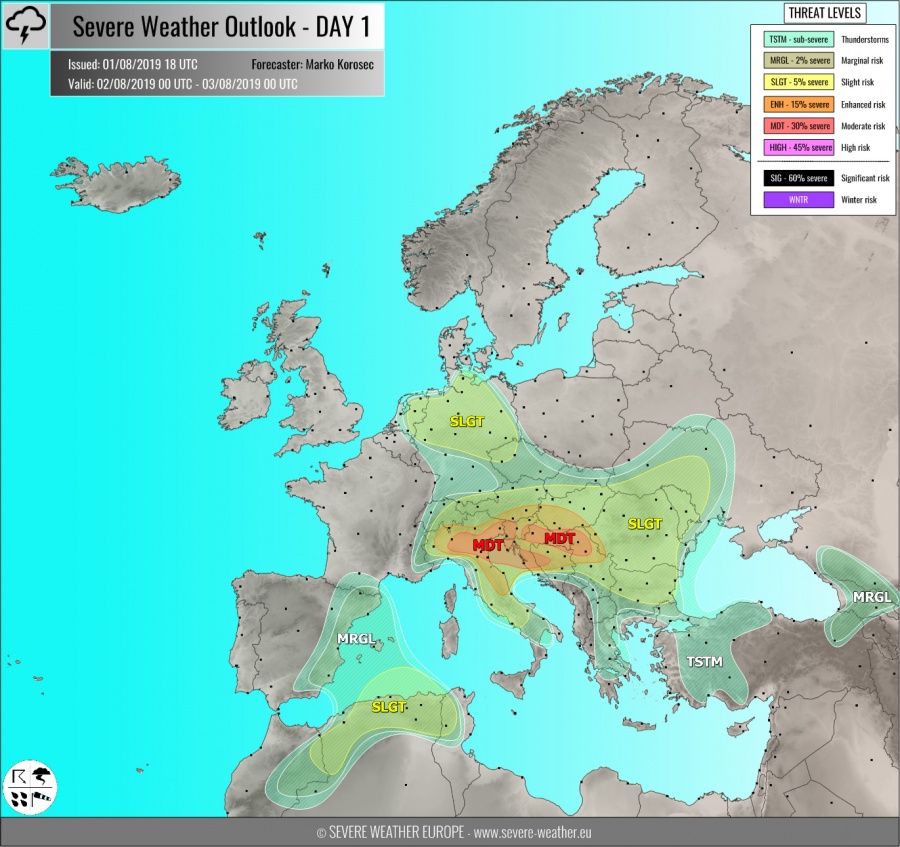 The strong ridge across the Arctic region begins to weaken while a large upper trough is strengthening across the N Atlantic. Large and deep trough / low persists over W Russia with a sharp short-wave trough across E-CNTRL Europe, drifting towards the Balkan peninsula. Remnants of the shallow upper low effect N Germany. 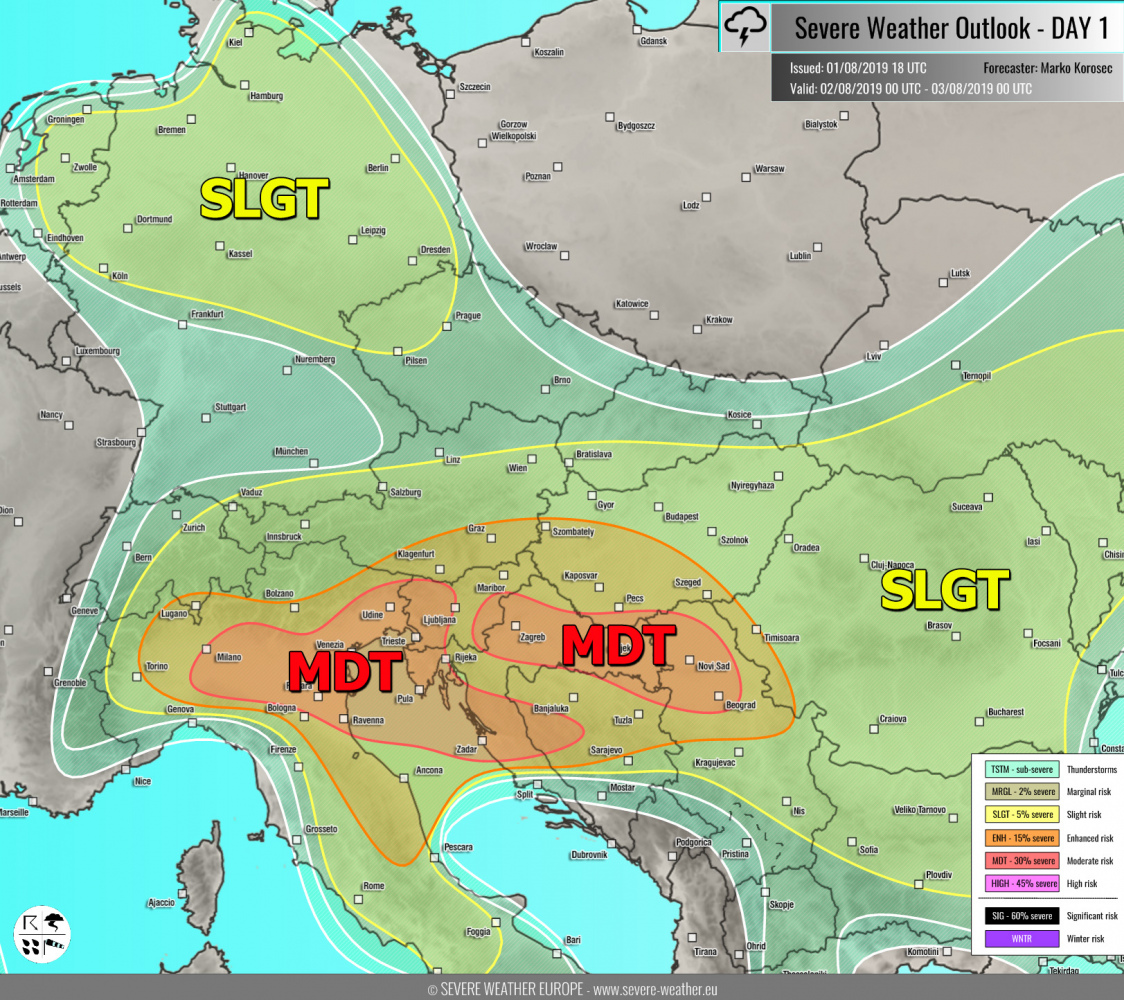 MDT risk has been issued for N Italy, N Adriatic sea into W Slovenia, WNW Croatia and W Bosnia with threat for severe storms, capable of producing severe damaging winds, torrential / excessive rainfall, large to very large hail and some tornado threat. An active day with two rounds of storms is expected across the N Mediterranean region as a pronounced short-wave trough crosses the region from the NW. Strong to locally extreme instability will build up as dewpoints are back to low 20s across the Adriatic sea, advecting into the plains of N Italy. The favorable upper-level ascent should initiate some storms already in the morning hours (or extend the nighttime activity from the Alps downwind) under moderate shear. Hodographs indicate rather unidirectional wind profiles, while better directional shear is present across the southern parts of the MDT risk area from delta Po valley towards W Croatia. Throughout the day, scattered supercells are expected to develop, posing threat for locally very large hail and severe winds. High PWAT and locally training-cell effects should enhance flash floods threat as cells could maintain over the same areas for a longer time. Storms will likely cluster into one or two bigger systems / MCS towards the evening hours and spread towards the W Balkans with mainly damaging wind and torrential rainfall threat. Storms forming across the ESE parts of Po valley will have some potential for tornado threat as better shear / helicity is available and likely extreme 2500-3000 J/kg of MLCAPE.

MDT risk has been issued for SE Slovenia across E Croatia into N Serbia and NE Bosnia with threat for severe storms, capable of producing severe damaging winds, torrential rainfall and large hail. Moderate shear and instability will favor scattered multi- and supercells under an increasing ascent associated with the upper wave. While elevated storms are likely towards SW Hungary, it appears likely some surface-based cells should develop from Slovenia towards Croatia during the day and spread SE. Supercells will enhance threat for large hail and severe winds, especially as storm-motion will be quite fast. Additionally, some high-res models are hinting at the potential for a dangerous line of storms / squall-line / QLCS along the main front in the afternoon, rapidly moving from N Croatia towards Serbia with strongly enhanced threat for destructive winds. For this reason, MDT risk seems warranted.

SLGT risk has been issued for the NE Morrocco into N Algeria, NW Tunisia and SW Mediterranean with threat for severe storms, capable of producing severe winds, torrential rainfall and large to very hail. Scattered organized supercell storms with very large hail within a strongly unstable and moderately sheared environment are possible, with a tendency to cluster into a larger system in the evening hours.

MRGL risk has been issued for SW Russia into Georgia and NE Turkey with isolated threat for severe storms, capable of producing severe winds, large hail and torrential rainfall. Activity will be diurnally driven.