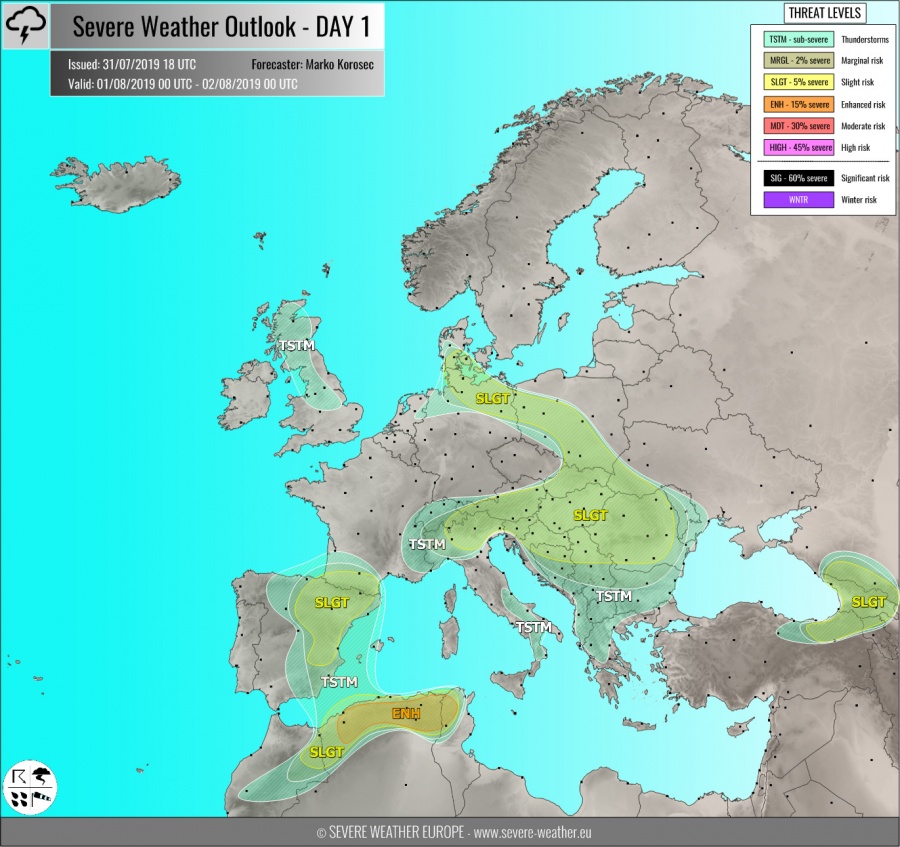 Strong upper-ridge persists across the Arctic region, centered over Greenland. To the east of the ridge, strong upper low is located across W Russia. A short-wave with an associated surface cold front is being pushed south across E Europe and towards the Black Sea region, merging with the shallow upper low coming across N Germany. Another short-wave is located over Iberian peninsula and NW Africa. 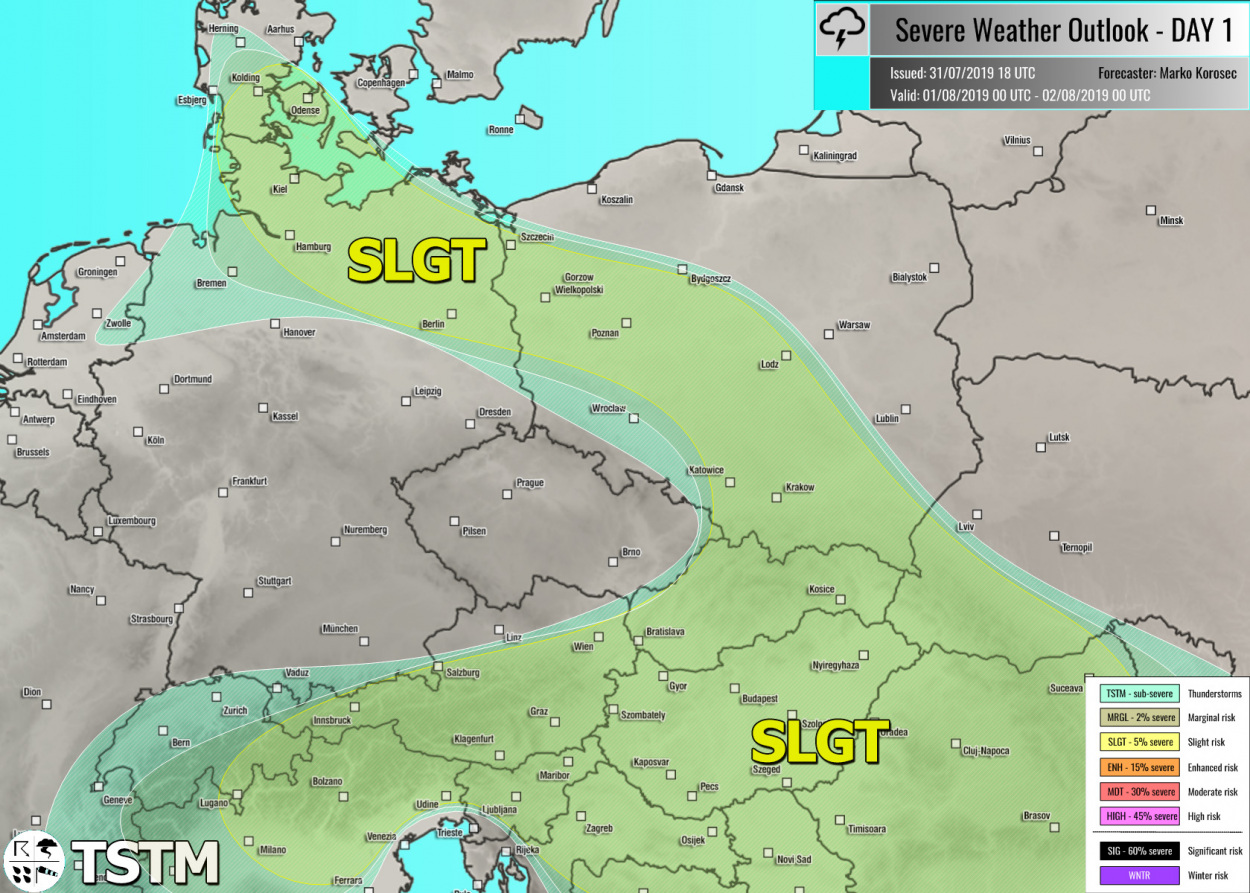 SLGT risk has been issued for central Europe, northern Balkans and across Slovakia and Poland into NE Germany and S Denmark with threat for severe storms, capable of producing torrential / excessive rainfall and marginal hail. Again, moderate instability under a rather low wind shear should result in widespread slow-moving storms with flash floods threat. Some large hail is possible within the stronger updrafts too, especially across areas NE of the Alps where some better shear will be available for storm organization. 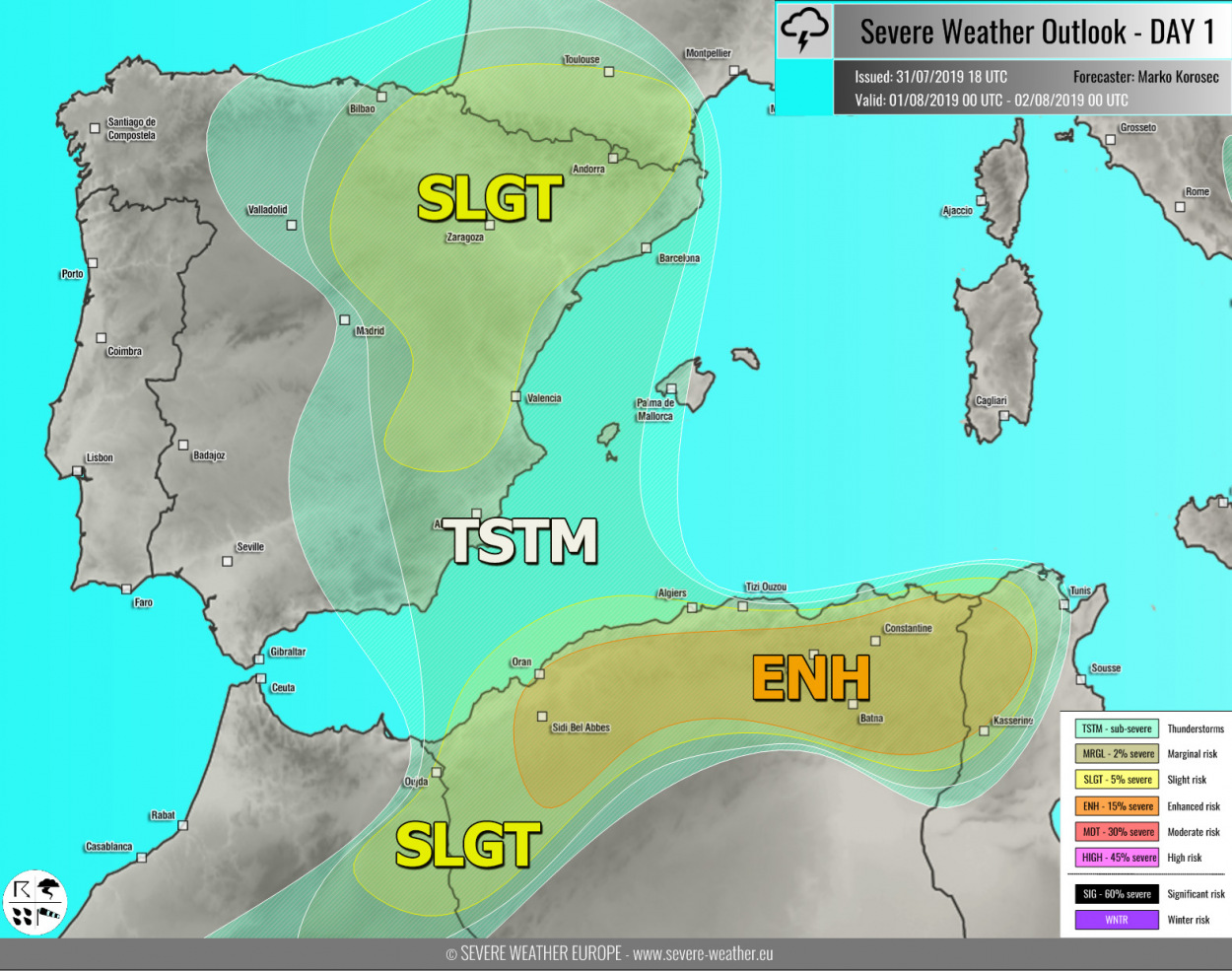 ENH / SLGT risks have been issued for the NE Morrocco into N Algeria and NW Tunisia with isolated threat for severe storms, capable of producing severe winds, torrential rainfall and large to very hail. Although a conditional threat exists for widespread activity, conditions are favorable for organized supercell storms with very large hail within a strongly unstable and moderately sheared environment.

SLGT risk has been issued for NE Spain into SW France with threat for isolated severe storms, capable of producing large hail, severe winds and torrential rainfall. A few organized storms are likely in the afternoon hours within moderate unstable and sheared airmass.

SLGT risk has been issued for SW Russia into Georgia and NE Turkey with isolated threat for severe storms, capable of producing severe winds, large hail and torrential rainfall. Scattered organized storms are possible across the higher terrain, including a supercell or two, posing risk for large hail locally. Activity will be diurnally driven.