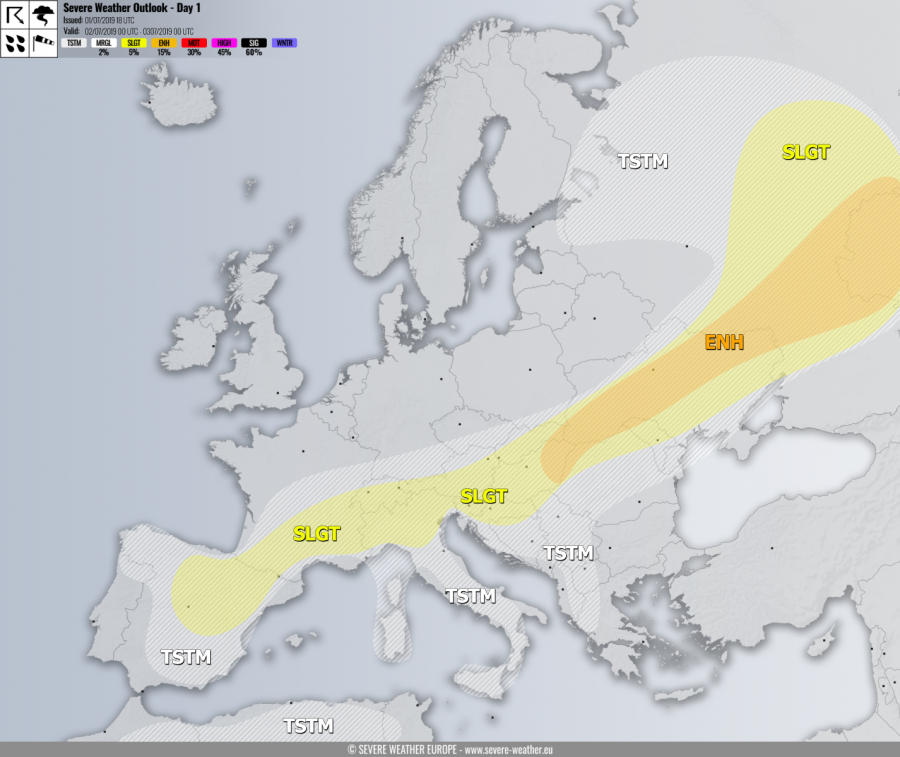 An upper ridge over central Europe collapses while it intensifies over W Europe and N Atlantic. A weakening and slowly southwards drifting cold front is extending from W Russia across Ukraine and the Alps towards N Iberia.

ENH / SLGT risks have been issued for E Hungary, N Romania and Moldova, central Ukraine into W Russia with threat for severe storms, capable of producing severe winds, torrential rainfall and large to very large hail. An overlap of strong to extreme instability and moderate deep-layer shear will support organized severe storms, including supercells. Clustering into a larger system or two seems possible in the evening hours over E Ukraine into W Russia.

SLGT risk has been issued for central Europe across S France into N Spain with threat for severe storms, capable of producing large hail, torrential / excessive rainfall and severe winds. The widespread activity of mostly elevated severe storms seems likely from S Austria into E-CNTRL Slovenia and N Croatia in the afternoon, merging into the MCS in the evening while moving south. Moderate instability and marginal to moderate shear should support some organized storms, possibly also a few supercells. Further west, more isolated storms are likely over N Italy, S France and N Spain.