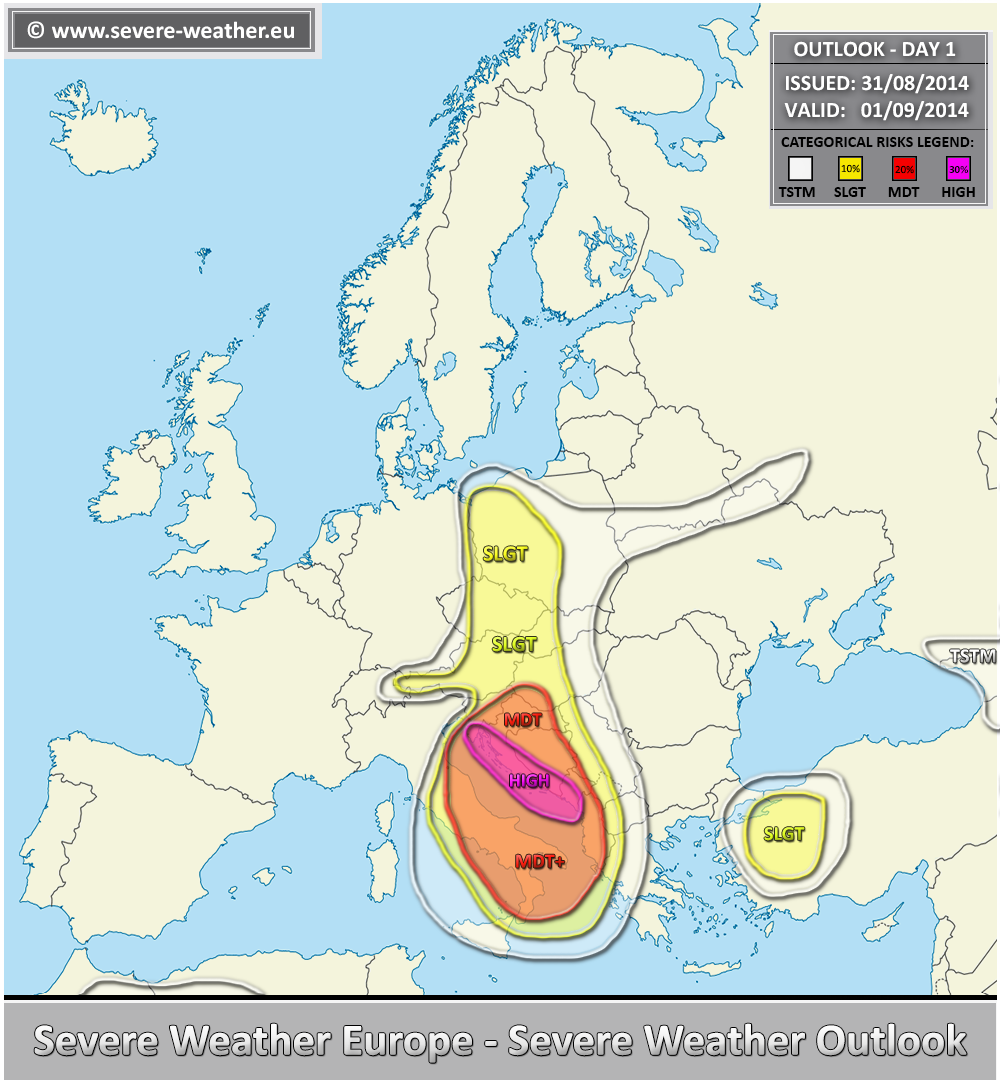 A very dangerous weather scenario expected across parts of the Mediterranean on Monday. A powerful upper low is moving from N Mediterranean towards S Italy with an associated SFC low and a sharp cold front moving across Italy and the Adriatic sea. An omega blocking pattern is establishing across SW Europe while an upper trough with a deep cyclone (ex-hurricane Cristobal now acting as an extratropical cyclone) sits over the N Atlantic. An upper ridge / high pressure area remains over N Europe and NW Russia.

A HIGH risk has been issued along the eastern Adriatic sea into W Balkans with threat for severe winds, excessive rainfall, large hail and tornadoes. Widespread severe storms are expected to continue from Sunday evening onwards throughout Monday, moving southwards over the HIGH risk region down to Montenegro and Albania in the evening. Moderate to high instability is in place with MLCAPE in the 1500-3000 J/kg range. Coupled with considerably strong QG forcing and moderate shear, exceptionally widespread storm coverage is expected. 24-hour rainfall cumulatives may well exceed 100 mm in the mountainous areas of the hinterland of the eastern Adriatic coast. Severe winds, large hail and tornadoes are also expected.

A MDT/MDT+ risk area has been issued around the HIGH risk area, also extending across the S-CNTRL Apennine peninsula over the SE coast of the Tyyrhenian sea for severe winds, excessive rainfall, large hail and a tornado or two.

A SLGT risk has been issued around the MDT risk area, extending into the Ionian sea in the south and the eastern part of the Alps and into Hungary, Slovakia and the Czech Republic mainly for excessive rainfall and to a lesser degree severe winds and large hail (Ionian sea).

A SLGT risk area has been extended towards W Poland with threat for excessive rainfall.