Before going further into autumn and closer to a new winter season, we will be taking a last look at the previous winter of 2018/2019 in Europe. We already wrote a general analysis on winter 2018/2019, so now we will look at how it ranked in temperature anomalies compared to previous winters. 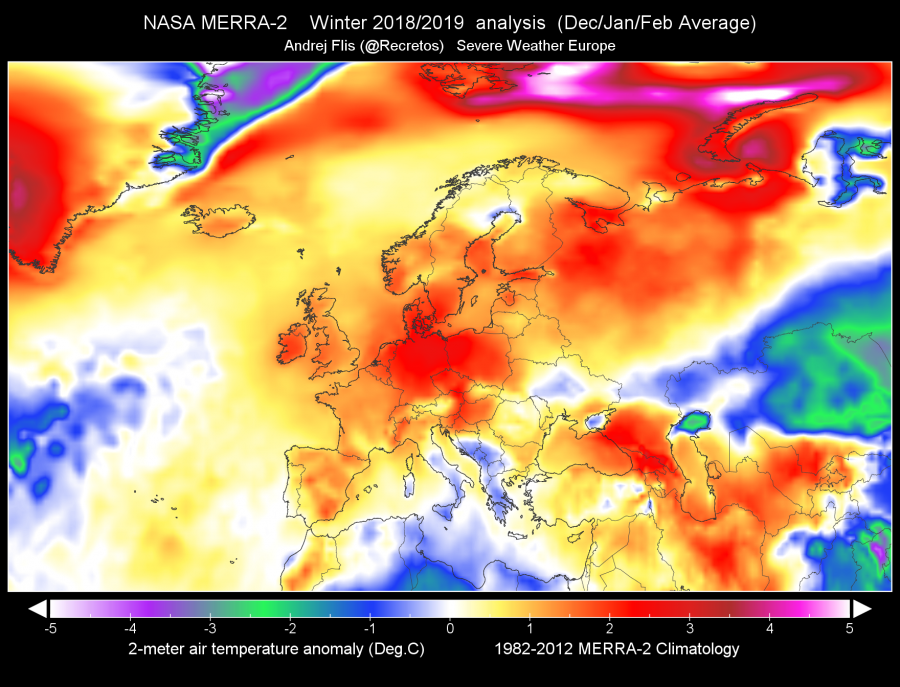 Below we see the graph that shows the average winter temperature anomaly, versus the 1980-2010 climatology period, for Europe. We can see that the last winter was far from the warmest, and that we actually had warmer winters in the 1980’s. Overall, the last winter was just 9th warmest in the last 40 years. We usually look at the period since 1979. That is the modern satellite era, which contains the most accurate an reliable data. We also have to look at an average across the entire Europe, which is the only way to get an accurate picture what the long term trends are and what are the overall changes, if any. A lot is natural year-to-year, and month-to-month variability which is what the long term average actually consists of. 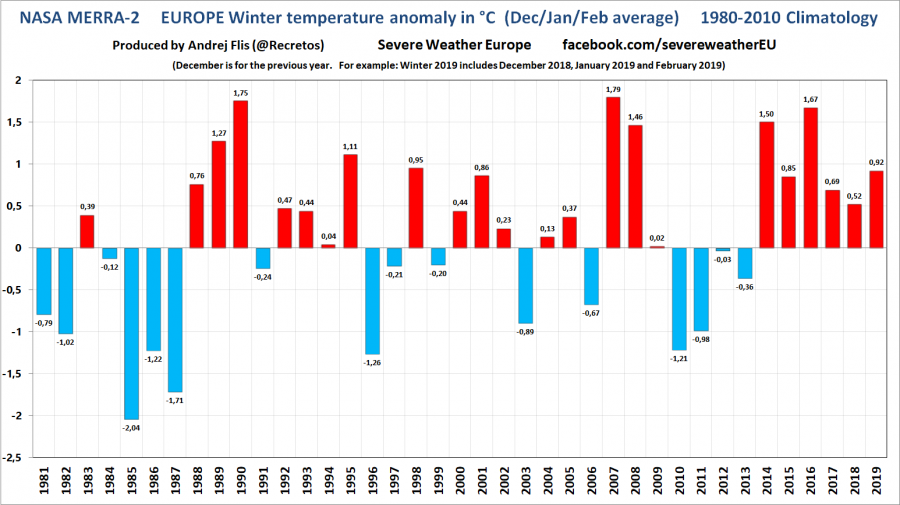 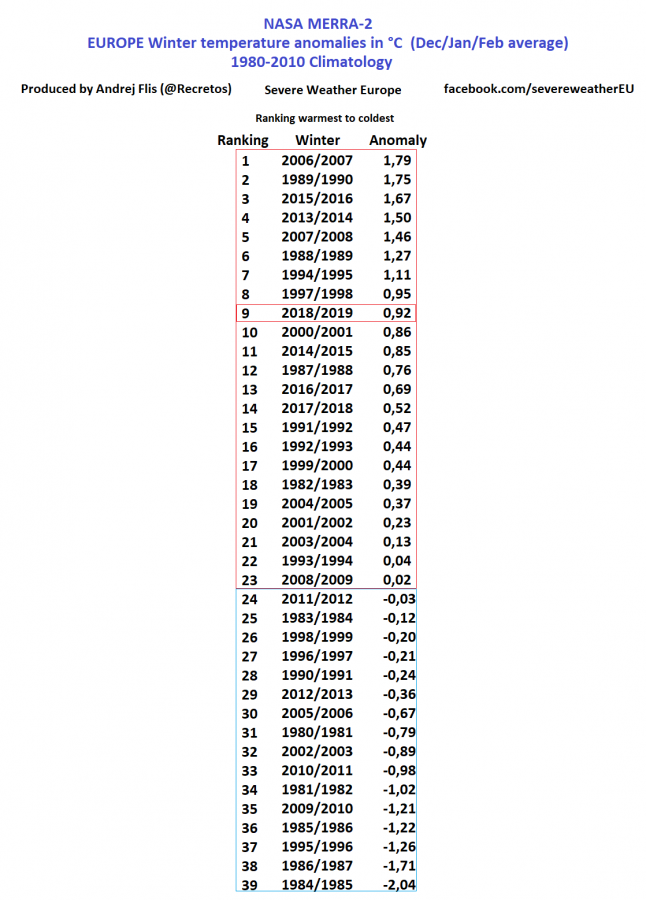 Speaking of rankings, how did the warmest and the coldest winter in the last 40 years actually look? The warmest winter in the last 40 years (more likely over a 100 years in extended data) in Europe was the 2006/2007 winter. It was dominated by high pressure systems in the south and lower pressure in the north, causing a steady flow of warmer Atlantic air (zonal flow) across the continent, combined with the warm airmass from the south. 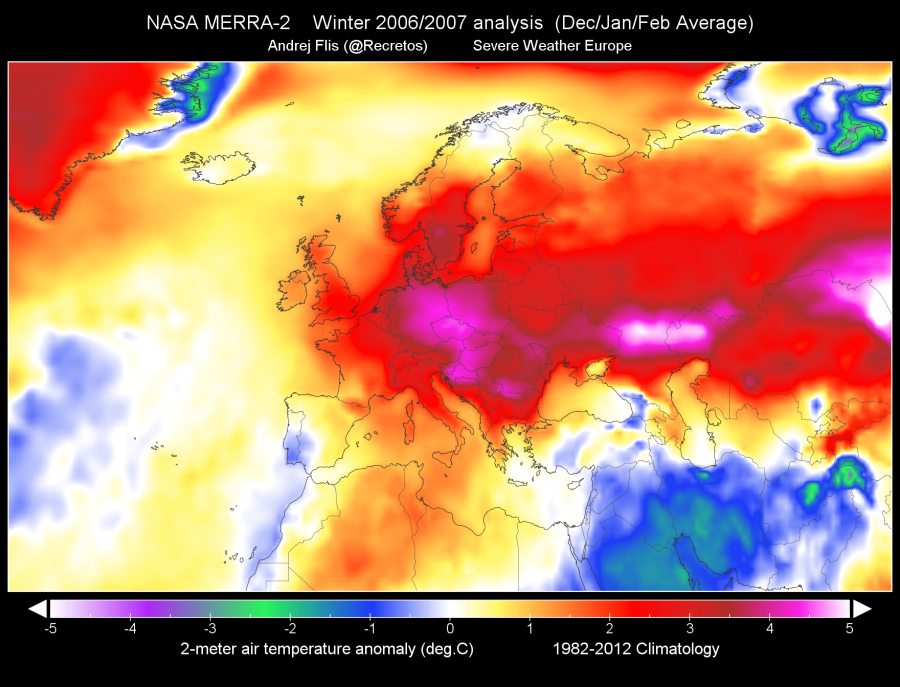 The coldest winter on the other hand, was 1984/1985. The December 1984 was actually a bit warmer than average, but then in January and February, the Arctic hounds came roaring down from the north. This winter was the coldest in at least the last 50 years, based on extended data from NOAA/CPC. 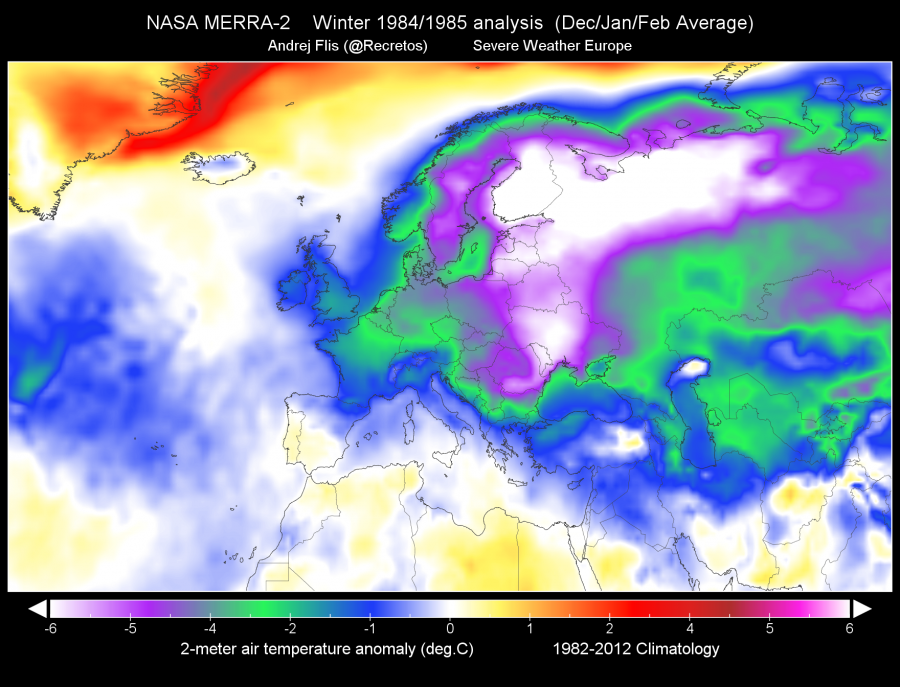 What actually drove the cold Arctic air down from the north into Europe, was a sudden stratospheric warming event. And a powerful one. We can see on the analysis below from NOAA/CPC, how the high air pressure wave came down from the stratosphere onto the Arctic surface, pushing the cold air out of the Arctic and south into Europe. The AO index (Arctic Oscillation) dropped fast and deep, indicating a major disruption of the polar vortex. This is one of the best examples, how a stratospheric warming event can cause a cold winter in Europe.

Going further into autumn, we will slowly start to look at the latest model forecasts for the upcoming winter 2019/2020, so stay tuned!