Strong winds are expected over the British Isles and Ireland during the night and morning. In the response to the deep cyclone currently located over the Norwegian sea, which will move southwards over the North sea strong winds will affect much of the region. Coastal flooding threat is also enhanced along the E coast of UK and the coasts of Belgium and the Netherlands. 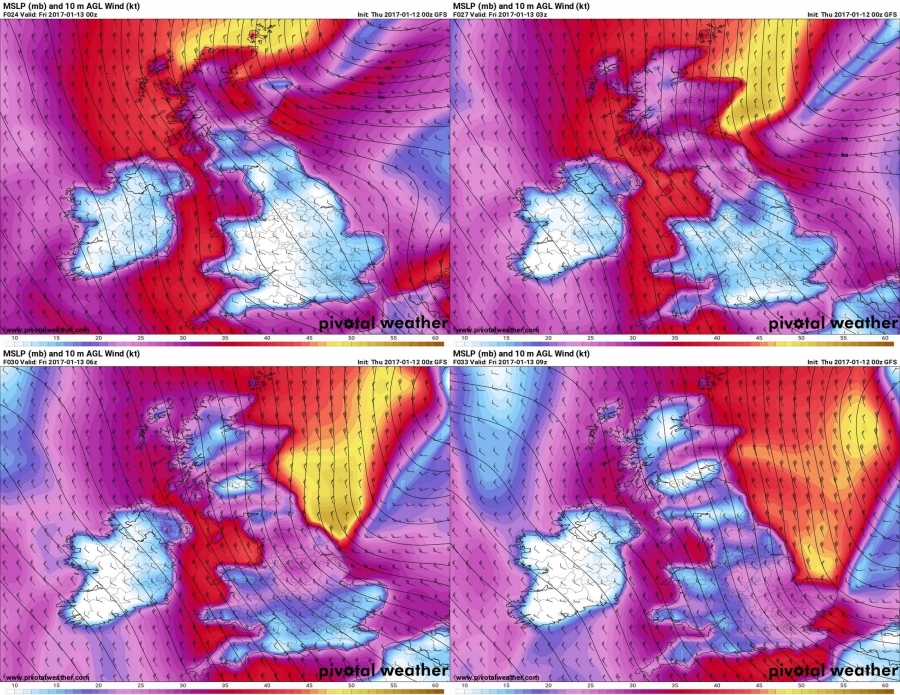 Maximum winds move over the North sea, affecting the coast of Belgium and the Netherlands in the afternoon and the evening. Maximum sustained winds are expected to reach 70-100 km/h.

We will be updating on this situation as it unfolds.

Share on TwitterShare on RedditShare on FacebookShare on WhatsApp
Deep cyclone and strong windstorm over BeNeLux and Germany on January 12-13
← Previous
Excessive snowfall across parts of the Balkans and Apennines, storm to hurricane force Bora winds - Jan 15-18, 2017
Next →
Comments are closed.