Major rainfall (and snowfall at higher elevations) is ongoing and expected over eastern parts of Central Greece and eastern parts of Thessaly this weekend, particularly on Saturday. Local flooding is likely.

A weak, broad cutoff upper low is located in the central Mediterranean, moving eastwards. Ahead of it, southerly winds bring warm and moist airmass northward, producing convective and orographic rainfall over Greece. Strong rainfall (snowfall at higher elevations) is expected to continue over eastern and central parts of Central Greece and eastern Thessaly.

Thunderstorms have been ongoing over the area during the night and are expected to continue through the day. High-resolution model guidance indicates up to 100 – 200 mm total rainfall by early Sunday morning. Expect local flooding! 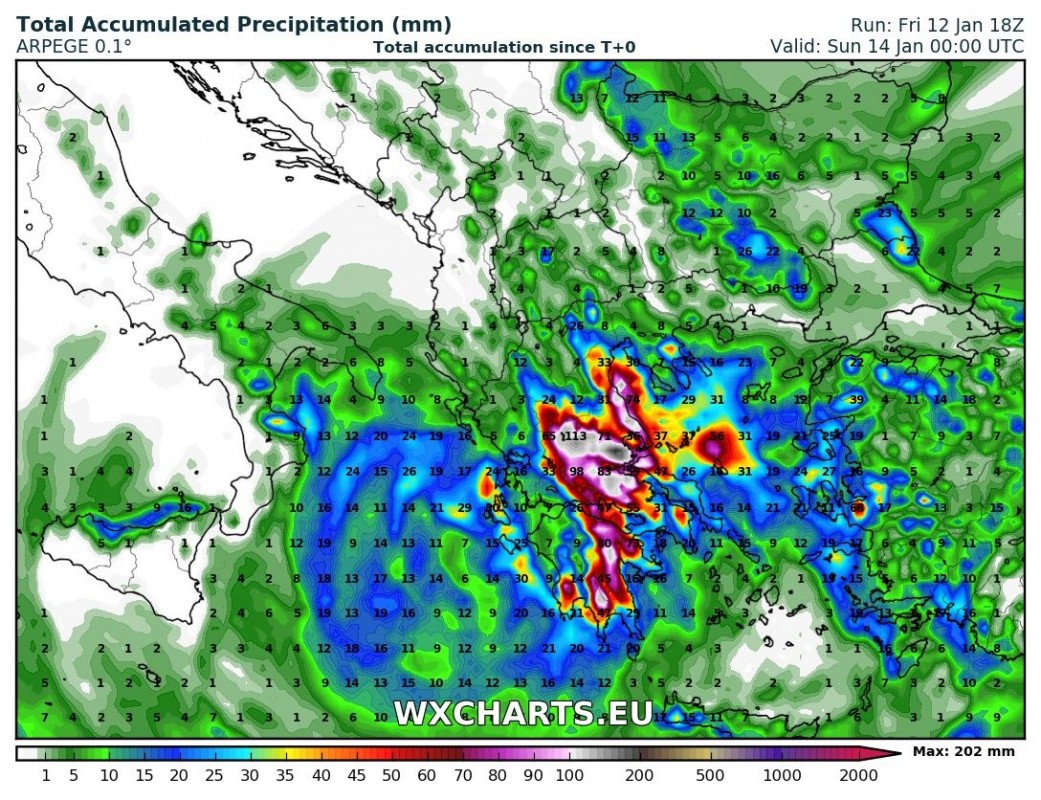 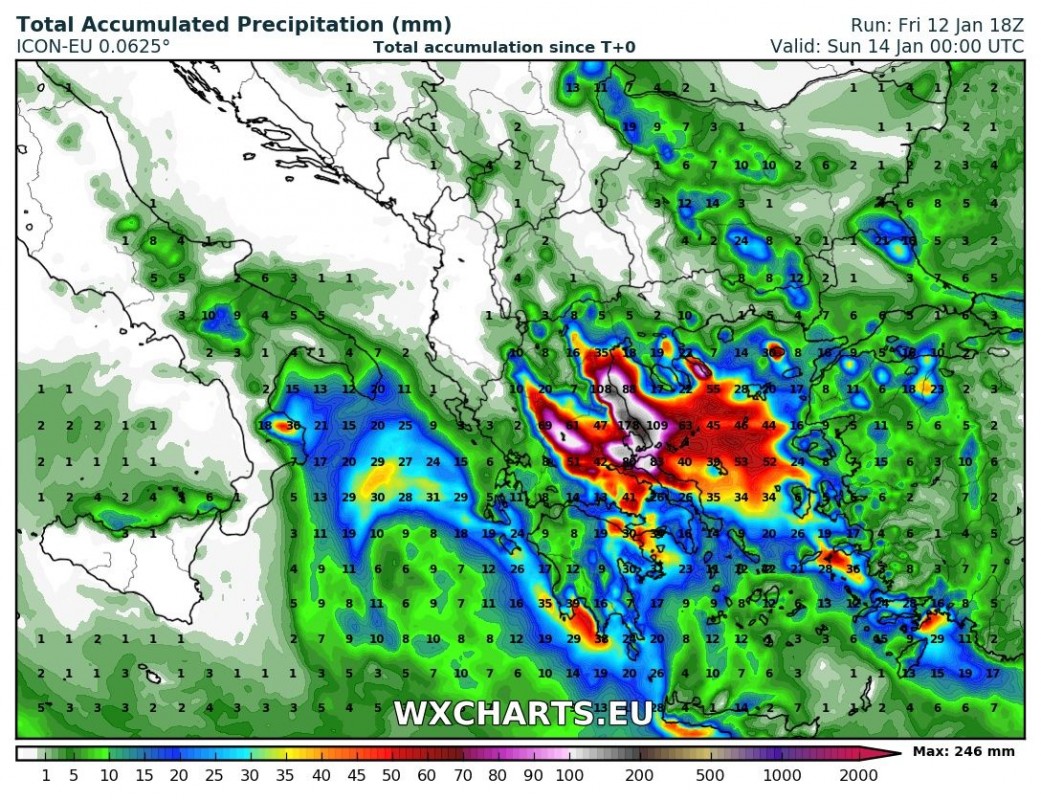