Temperatures again pushed well above 30 °C in parts of northern Europe yesterday, July 16, as the region swelters in a prolonged heat wave. 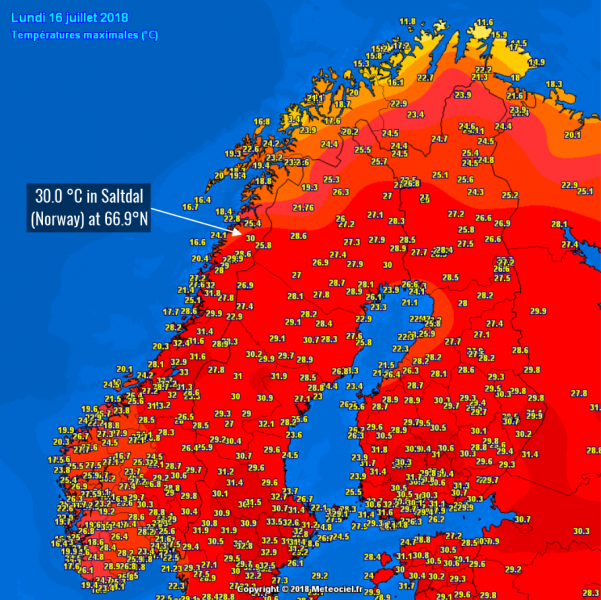 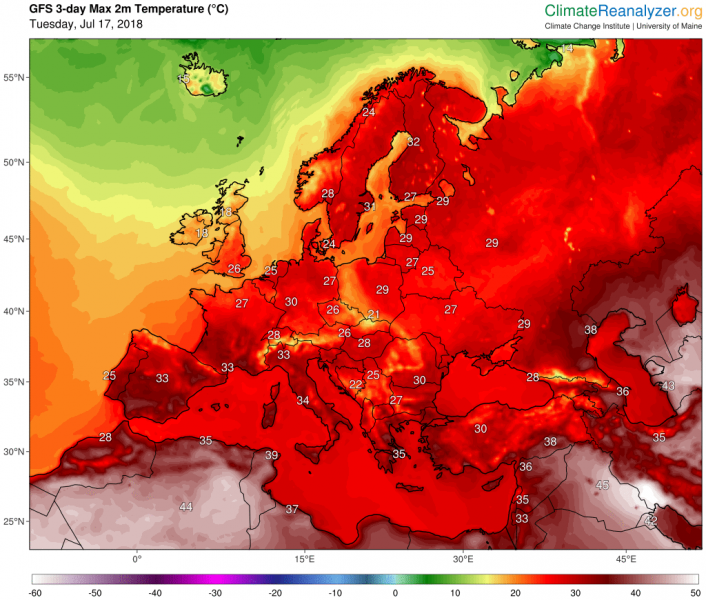 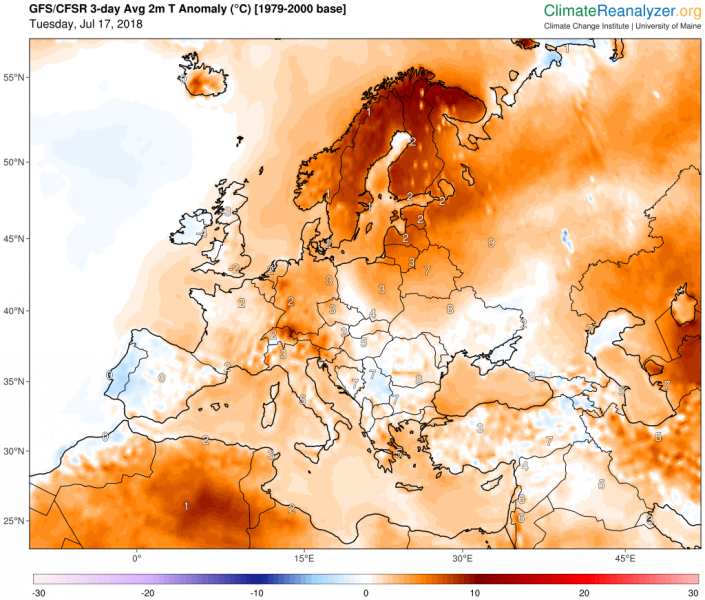 GFS forecast temperature anomaly for the next 3 days. Map: Climatereanalyzer.