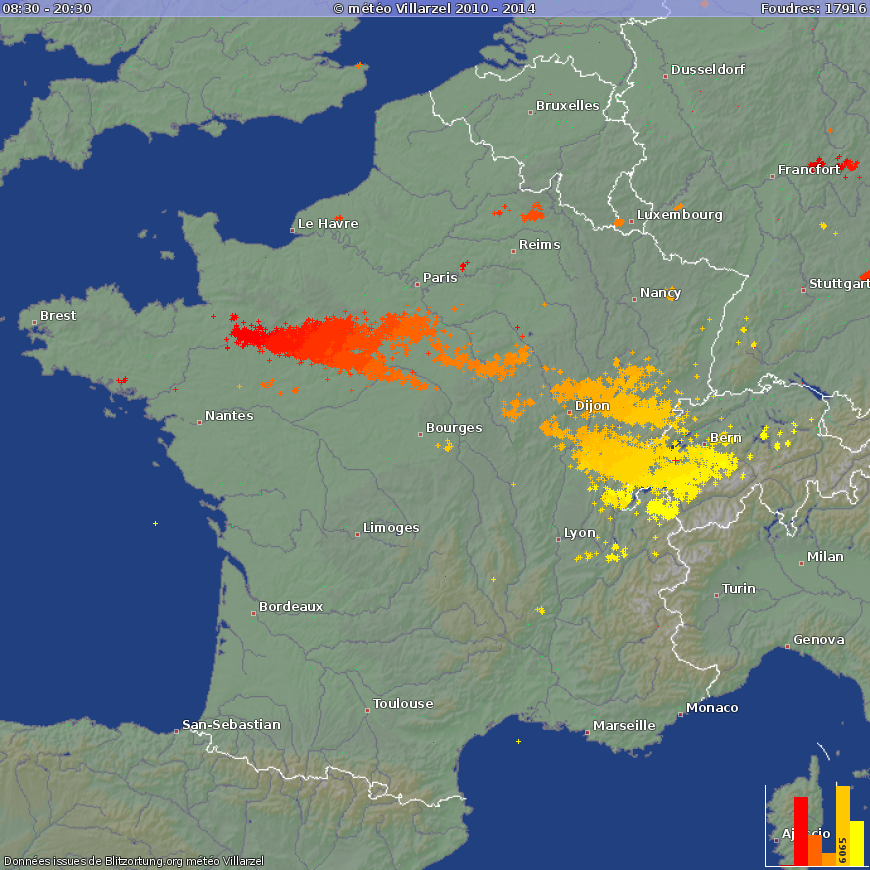 Lightning tracks of storms across France and Switzerland between 8:30 and 20:30 UTC, December 3. Map: Blitzortung.org