The only warmer Septembers came during 2015, 2016, and 2014. At the same time, European continent was realtively cool in September with near or even coolder than long-term average monthly temperature, however. 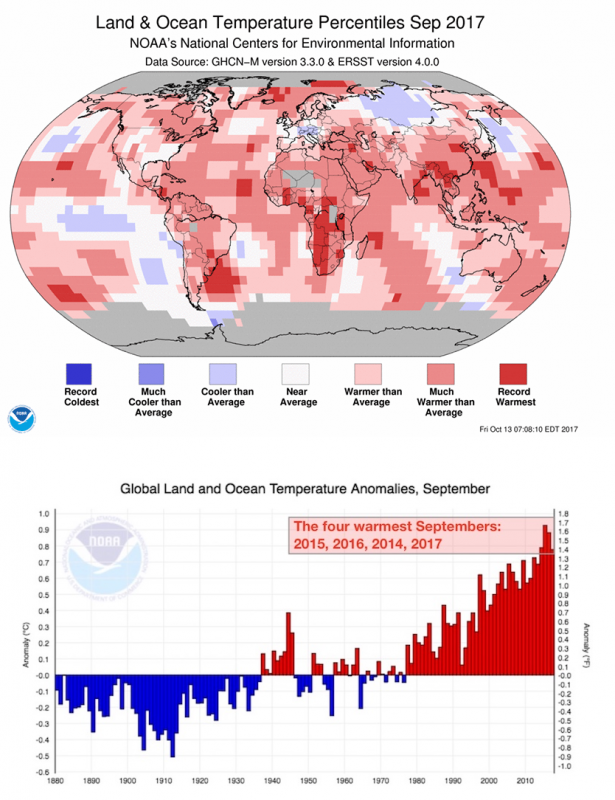