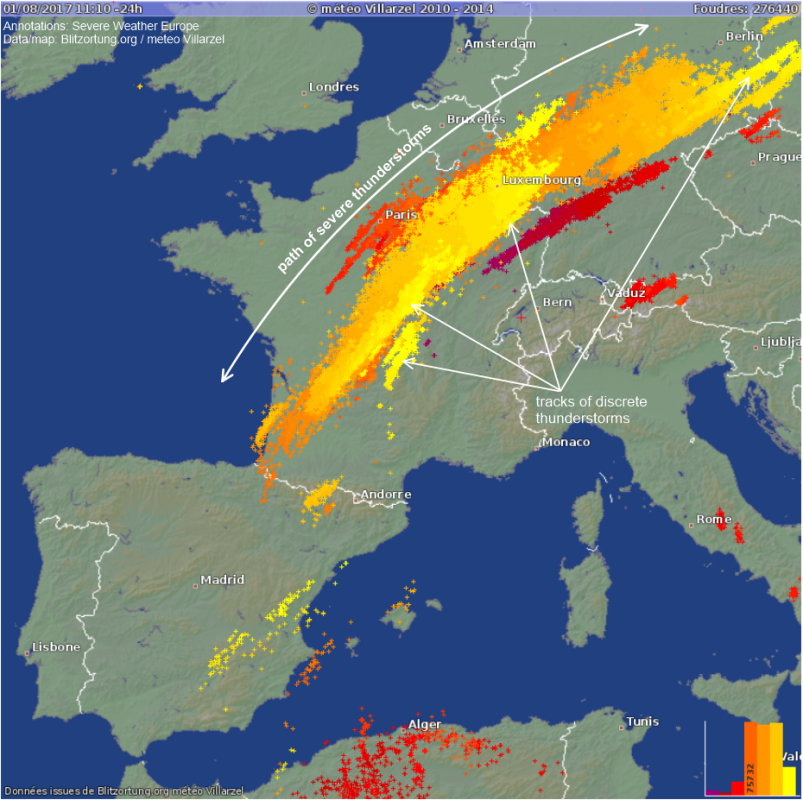 Lightning tracks of individual storms mark the zone of severe thunderstorms late last night and this morning over France, Luxembourg and Germany (and W Poland). Over 276 000 lightning flashes were detected in the region over the past 24 hours! Map: Blitzortung.org

A volatile setup over central-eastern France and central Germany yesterday produced widespread severe thunderstorms over the region. An unstable atmosphere, with moderate to high instability with MLCAPE in 1000-2000 J/kg range, overspread by a strong mid-level jetstream, to produce about 40-50 kt deep-layer shear; an environment conductive for formation of intense supercell thunderstorms. 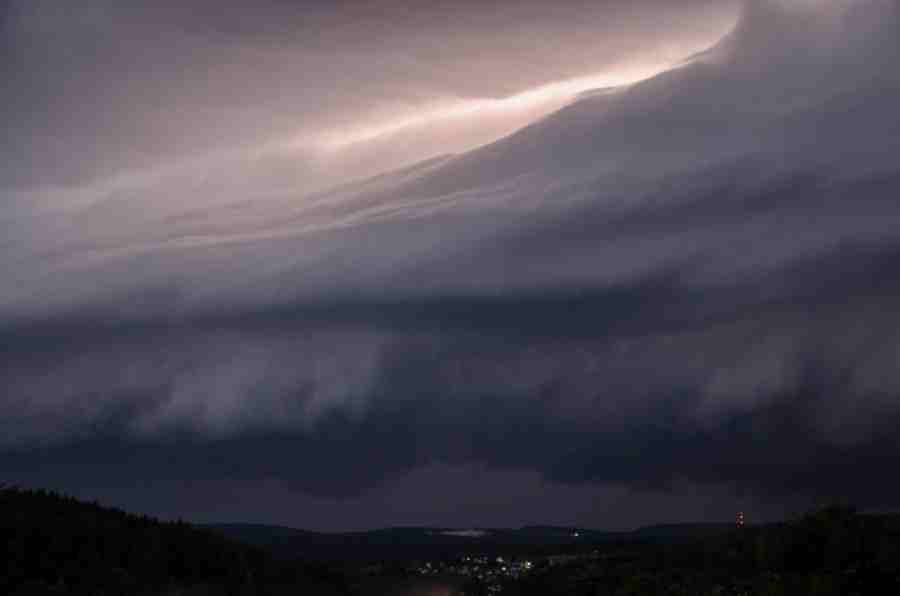 Approaching QLCS with a spectacular gust front and arcus cloud, as captured by Deutscher Wetterdienst – H.R. Henkes in Rheinstetten and Rüdiger Manig in Neuhaus, Germany. Some exceptional stroboscopic lightning rates were produced by these storms!

This article is being updated as reports are coming in, so check back soon! Also, feel free to report if you were on these thunderstorms!